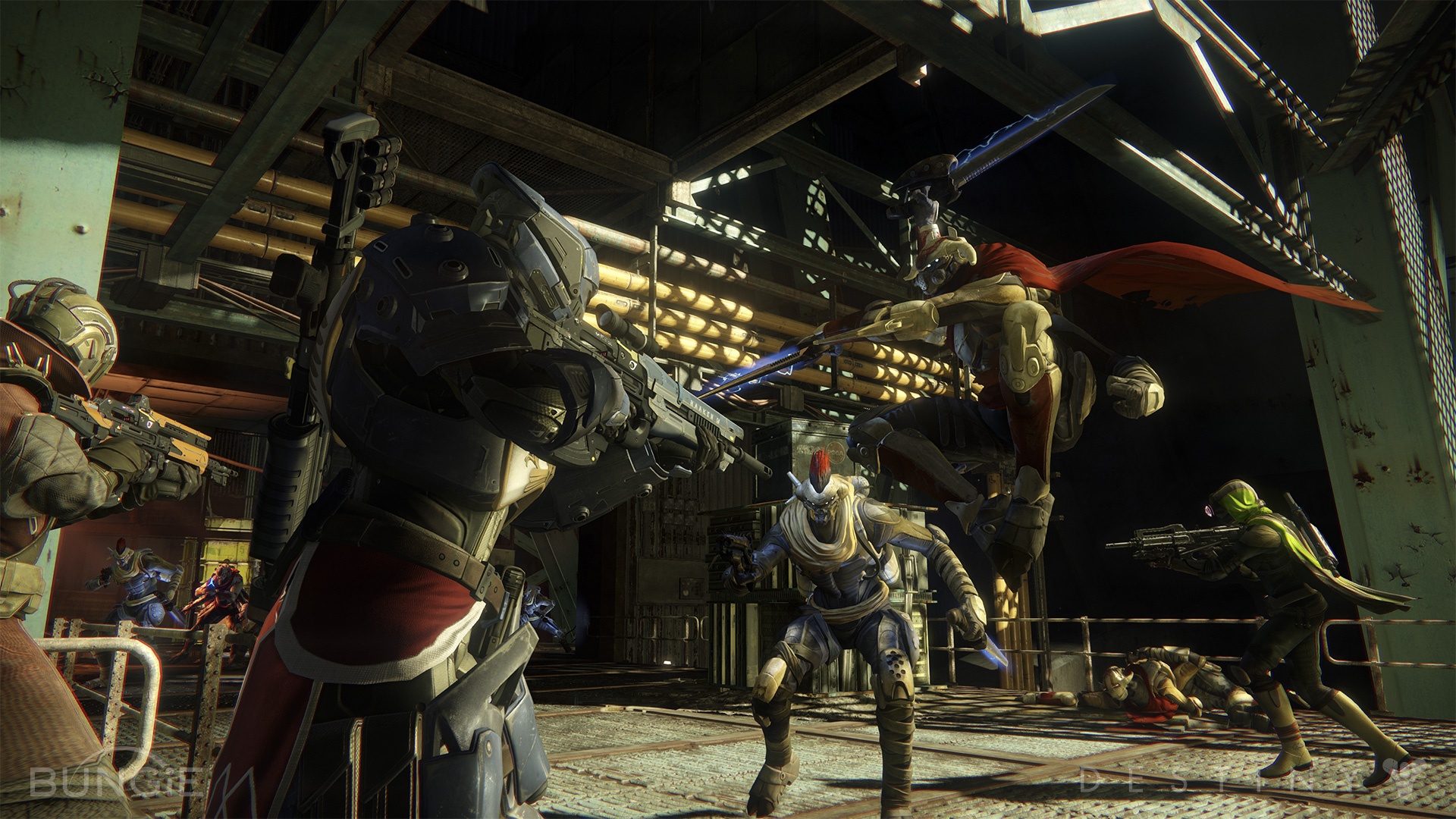 Rise of Iron sidesteps the many lingering plot threads that are still left hanging from Destiny’s vanilla game. Instead, it fleshes out the backstory of Lord Saladin, the gatekeeper to the Iron Banner crucible matches that sporadically pop up in the Tower from time-to-time. As one humanity’s last remaining Iron Lords, Saladin has kept the secret of what happened to his kind closely guarded for many years, in fear of history repeating itself. However, when the Fallen discover a long dormant nanotech called SIVA buried beneath Old Russia’s Cosmodrome, Saladin enlists the help of the guardians to stop them at any cost, confronting his greatest fears in the process.

While the mythology of Destiny has always been a confusing one, Rise of Iron strives to simplify things with a basic story that requires little further explanation beyond the opening cutscenes. The Fallen have awakened SIVA, succumbed to it’s will and are now carrying out its bidding in order to infect the Earth with a symbiotic virus. However, this approach doesn’t necessarily work in the expansion’s favour. Sure, it delivers some epic set pieces and a couple of particularly tense boss battles. But there’s little in the way of plot twists to make this a memorable episode and anyone hoping that Rise of Iron will provide some sort of closure to the overall game will be sorely disappointed.
The introduction of SIVA does bring the game full circle in some respects. A new area called the Plaguelands now appears on your in-game map, conveniently situated beside and even overlapping slightly with Destiny’s first playground, Old Russia. The Fallen are your primary enemy, and even though they’re now juiced up by SIVA infused nanotechnology, it works as somewhat of a throwback to the opening moments of the vanilla build. But aside from a brief intrusion by the Hive, there’s nothing here that brings the grander Destiny universe into the fold. 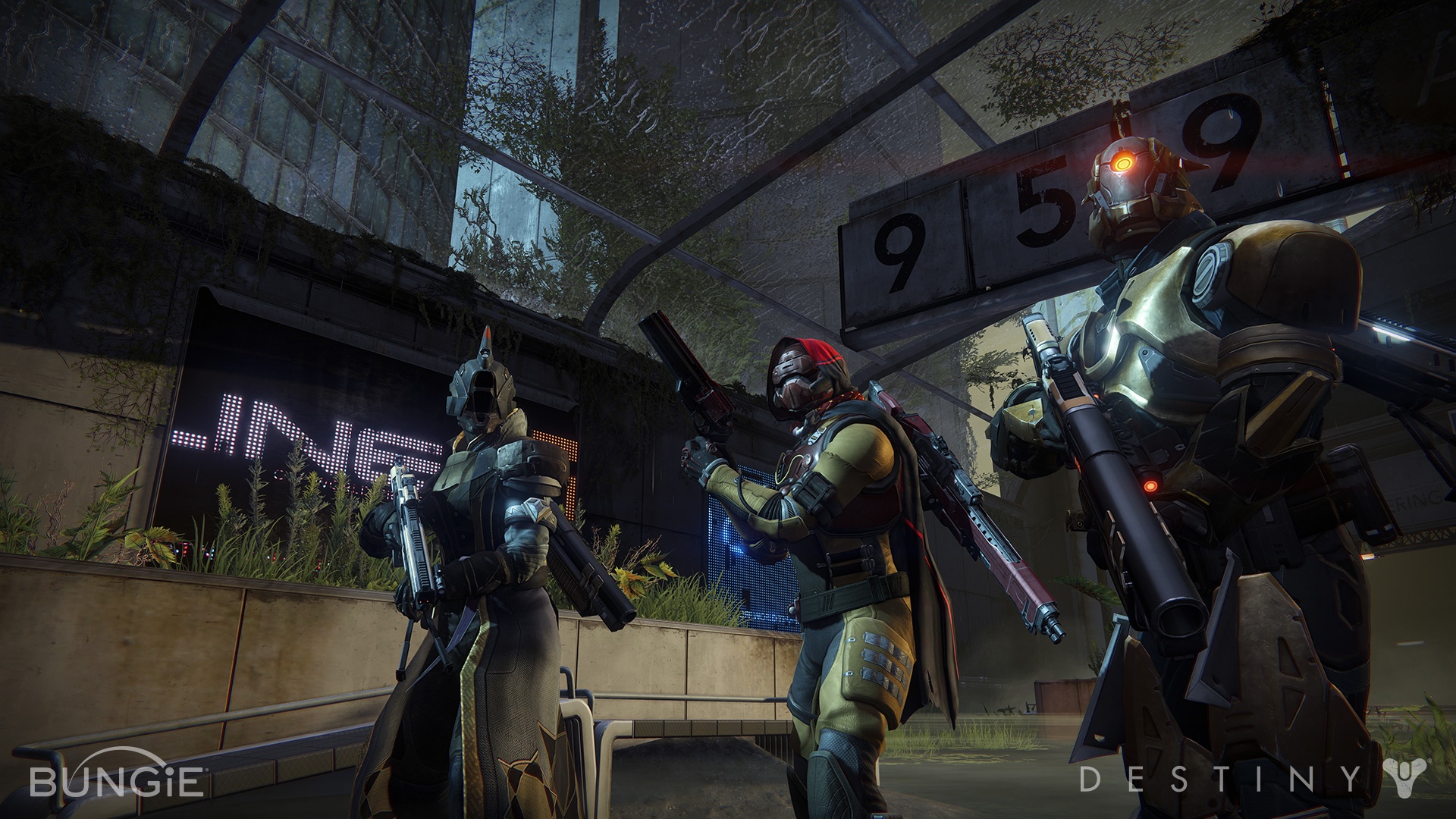 Not that there wasn’t room for more of Destiny’s planet-hopping adventures either. The campaign can be done and dusted in under two hours, with the story coming to an abrupt end just as it was beginning to pick up steam. The final mission sneaks up on you and while it culminates in a particularly spectacular boss battle, all that you’re left with is a handful of engrams and a few new side quests that will ultimately favours character progression rather than rounding off an already bland and unnecessary side story.

For hardened Destiny veterans, the post-campaign gameplay is where they’ll get their money’s worth. From the new social hub, situated in Felwinter Peak’s Iron Temple, you’ll be able to journey into the Plaguelands in search of dead ghosts, patrol missions and of course some new loot that will go towards boosting your light level. Rise of Iron takes the sting out of the grind by utilizing quest steps to point you in the direction, towards rare items and vendor specific perks. There’s always a mission to be had and if you’re lucky enough, you just might be rewarded with exotic gear for your hours of trouble.

One such activity is the Archon’s Forge, a public event that pits players against wave after wave of increasingly difficult enemies. Found in the heart of the Plaguelands patrol map, this arena mode is heavily inspired by last year’s Court of Oryx. While the appeal of a mode such as this goes will be the go-to point for guardians looking for elusive engrams, it also comes with it’s fair share of problems. As with Court of Oryx, the Archon’s Forge can only be activated with a special item (in this case a SIVA offering) which in itself can be a tricky mission to accomplish. Should you arrive at the Forge amidst another party’s turn, you’ll be forcibly locked out until they have finished. This is problematic in that the location of the area is slap bang in the middle of a route to some of the deeper areas of the map. So, for example, if you have a quest objective located in the bowels of Site 6, the epicentre of SIVA activity, then you’ll have to wait until the Forge is open before being able to complete your mission. 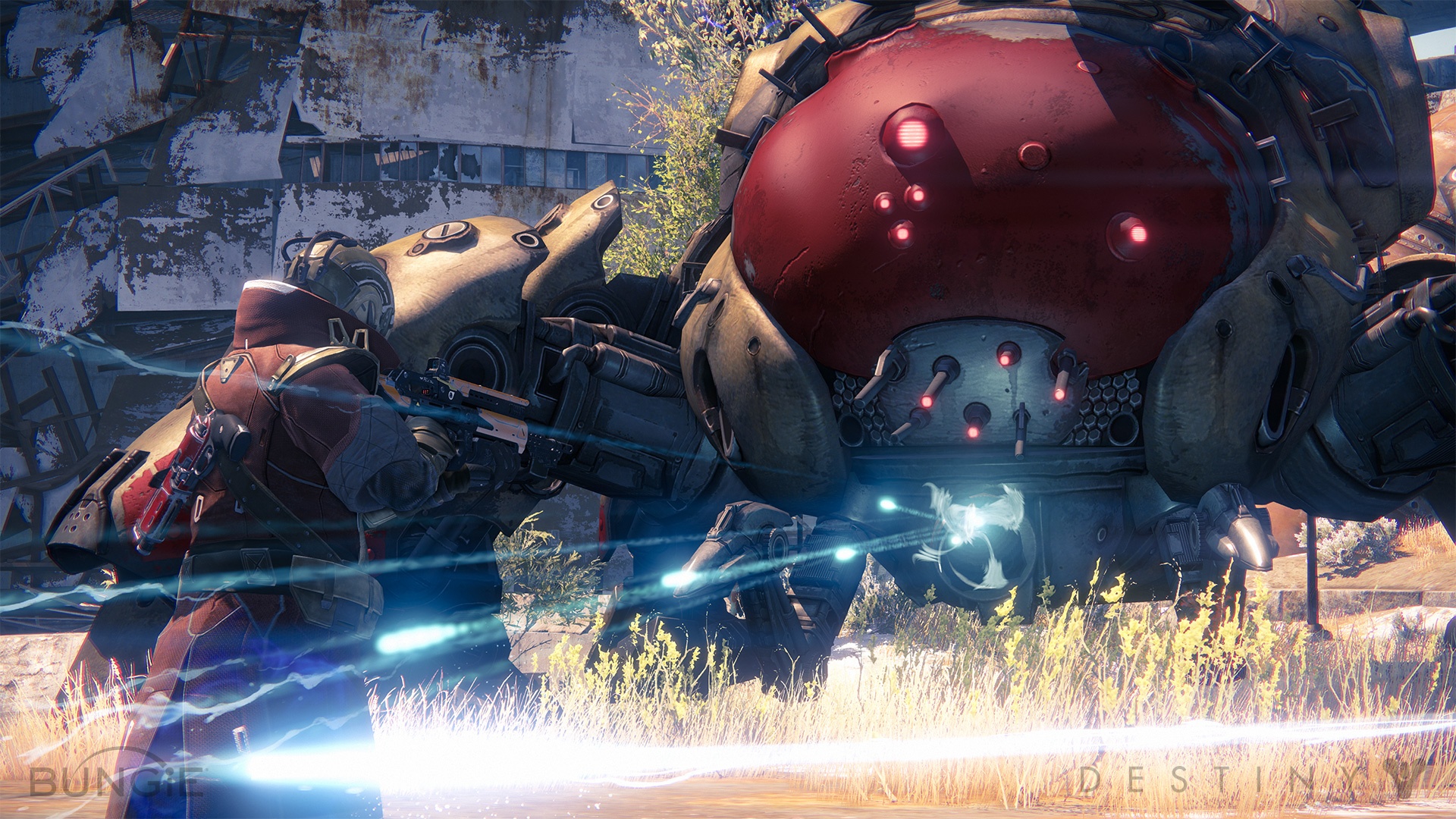 Archon’s Forge is also rather chaotic in its execution. Your only objective is to kill anything that isn’t a guardian and with the addition of the Battle Axe, the experience becomes a frenzied button bashing panic, rather than a calculated strategic offensive to cover all the flanks. On the opposite end of the spectrum is Destiny’s latest raid, which is so incredibly difficult that to do it alone is essentially suicide. Wrath of the Machine is comprised of a series of boss battles where puzzle solving takes centre stage and is much more challenging than any of the other modes that Rise of Iron has to offer. Collectively figuring out how to take down bosses that are seemingly immune to gunfire is half the battle, as you and your party take on the various roles required in order to bring down enemy shields and put an end to the Fallen’s blind SIVA devotion once and for all.

Rounding off the package is a brand new Crucible mode called Supremacy. Similar to Call of Duty’s “Kill Confirmed” mode, Supremacy is a six-on-six PvP multiplayer match that not only requires you to kill the other team, but also collect their crests in order to earn points. Not as easy as it sounds, this mode is a welcome addition to Destiny’s already impressive collection of multiplayer games, bringing along with it a handful of new maps in the process. Coordination is crucial and simply going off like a lone wolf won’t do you any favours. Instead, this is a mode that encourages team tactics more than ever and while it is without a doubt one of the best new features in Rise of Iron, it makes you wonder why it took so long to arrive in the first place.

Part of Destiny’s overall appeal has been that has always felt a little bit like a series of experiments, designed in order to carefully hone the perfect MMO console shooter. Last year’s update, The Taken King was a welcome refinement of what made the original build so popular, carefully turning a muddled action role-playing game into an essential purchase for console owners. As Destiny 2 looms on the horizon, it’s no surprise then that Rise of Iron feels like filler for what is yet to come. Relying heavily on fan service and leaving PS3 and Xbox 360 users in the dark, this is one expansion that relies heavily on fan service, asking that only the most hardened guardians need apply.