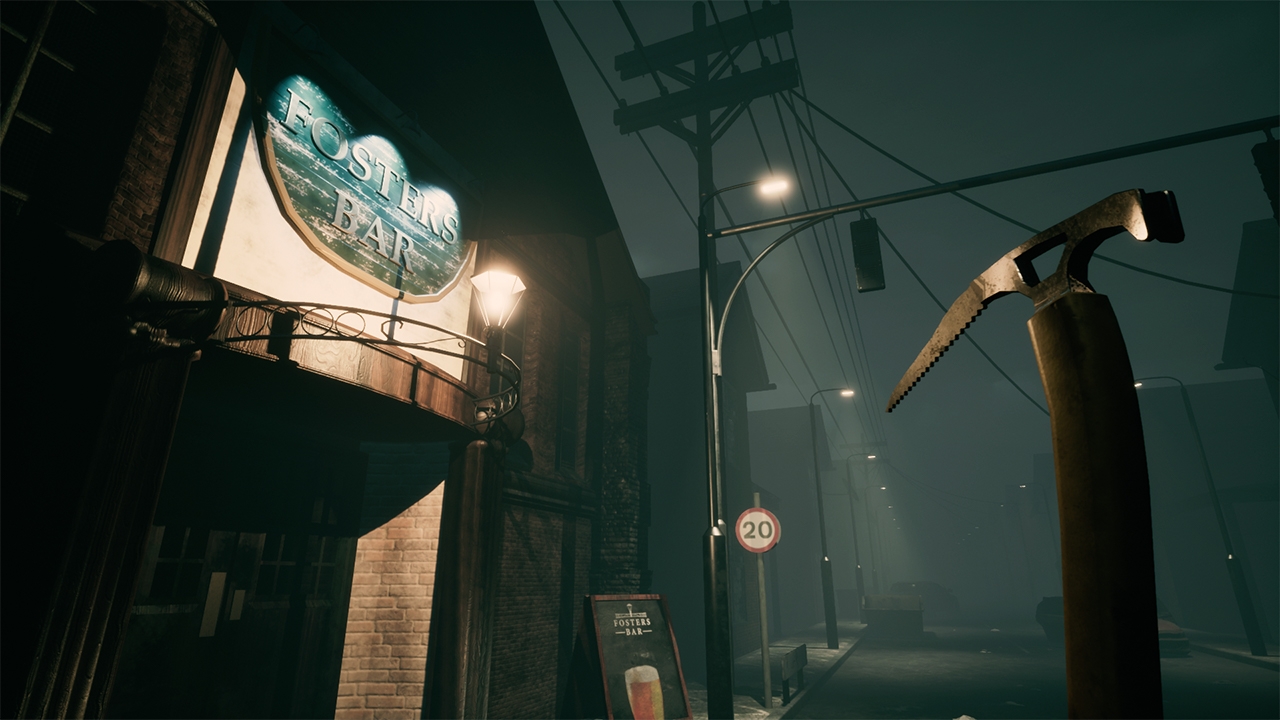 In its early stages Welcome to Hanwell comes across as an incredibly hopeful and ambitious title. And its core premise of a Silent Hills’esque horror core only further propels its forward. However, titles cannot be built on hope alone, because as we all know hope is a foolish thing to rely on. And unfortunately, the hopes and dreams of this particularly ambitious title do not materialize in a way in which thee developer would like them to, or the player would expect. And the result, while being largely acceptable, is ultimately disappointing.

Welcome to Hanwell is an open world horror, which unlike the vast majority of modern titles of this particular genre features some combat elements. In-game, you’ll come across numerous monstrosities about which you’ll learn from numerous documents, notes, and voice recordings. And while all those cover all creatures extensively, they ultimately do not mention any tips or tricks on how to defeat them – and there is a very good reason for that.

At its core, the combat of Welcome to Hanwell is limited to both triggers on the console, where the left one allows you to block, and the right to deal damage. And both these functions feature a singular, and clunky corresponding animation. And while there is nothing wrong with limited set of animations, especially for an indie game, then it has to be underlined that the ones which are in the game, feel and look incredibly sluggish, and ultimately are not very fun nor pleasureful to use. 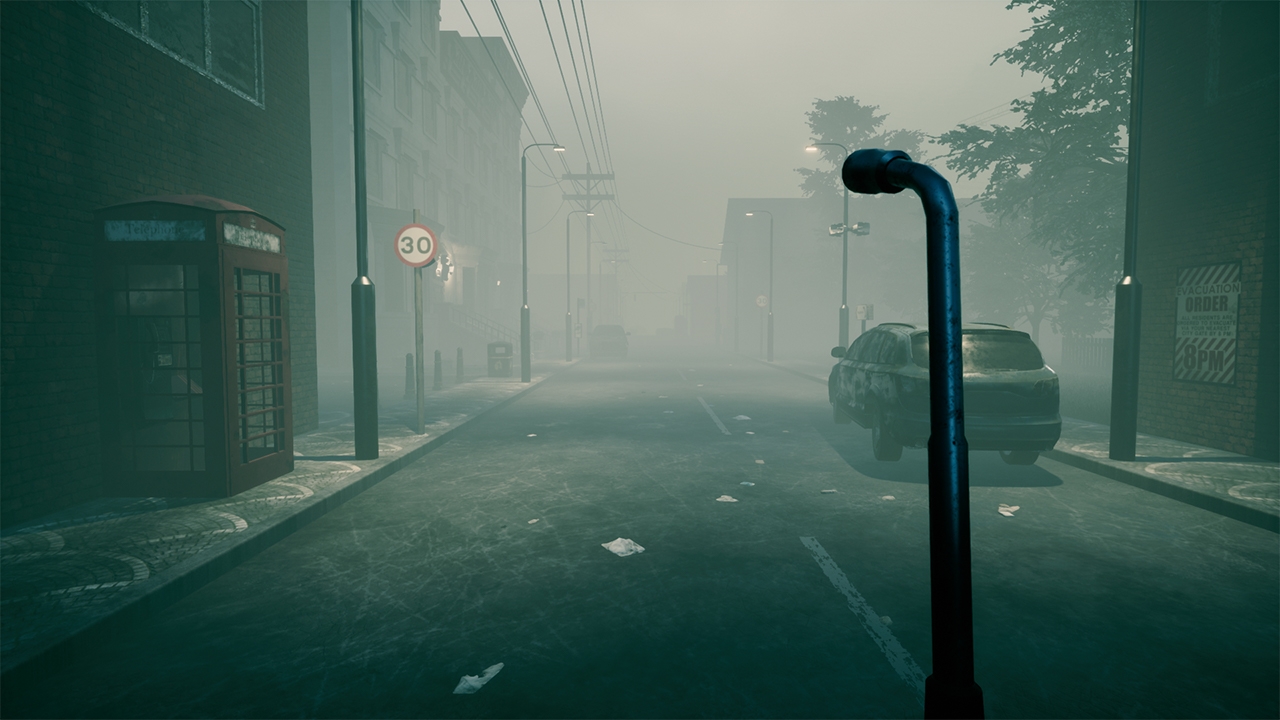 Welcome to Hanwell’s combat is incredibly janky, and ultimately feels more like a chore than anything else. And  most who will pick this particular title up, will most likely run away from the vast majority of the in-game encounters as they’re simply not much fun. However, running away, or doing anything for that matter, within the city of Hanwell is equally as draining as the title’s combat. And that’s because Welcome to Hanwell, as a whole, is an incredibly slow and clunky game, which takes a lot of getting used to.

Whether you are walking running, or simply looking around, you always feel like as if you are suspended in formaldehyde. All your actions are incredibly sluggish, and whenever you make an attempt trying to force the title to increase its pace, you are being punished through the rapidly dropping frame-rate. Welcome to Hanwell, just like the vast majority of first person indies, has a plethora of issues, but its stubborn approach to character control and lack of any form of quality of life features, is ultimately the title’s biggest problem. And if only it were possible to at least increase the sensitivity, then maybe, just maybe, Welcome to Hanwell would be a much more enjoyable game.

When you start Welcome to Hanwell for the very first time, you’ll be given three options within the main menu, New Game, Continue, and Gamma. There are no settings, no customization, no nothing. And in the end, you are forced to play this particular title the way the developer wants you to play, and not the way in which you want to do it, which feels incredibly disheartening – especially if you had to the pay for the title at hand. And the overwhelming feeling of depressive disappointment gets even worse once you get further into the title, and begin to enjoy it for its rather superb horror elements.

Don’t get me wrong, when it comes to dread, thrill and horror, Welcome to Hanwell is leagues behind works such as Space Odyssey 2001, and North by Northwest; but it is complex and profound enough, in order to chisel out a crevice for itself within the abyss of modern horror. And even though it likes to refer to some cheap tactics such as jump-scares, it does enough work through its environmental design and tertiary story telling in order to create a sensational sense of place and tension which prevails throughout. 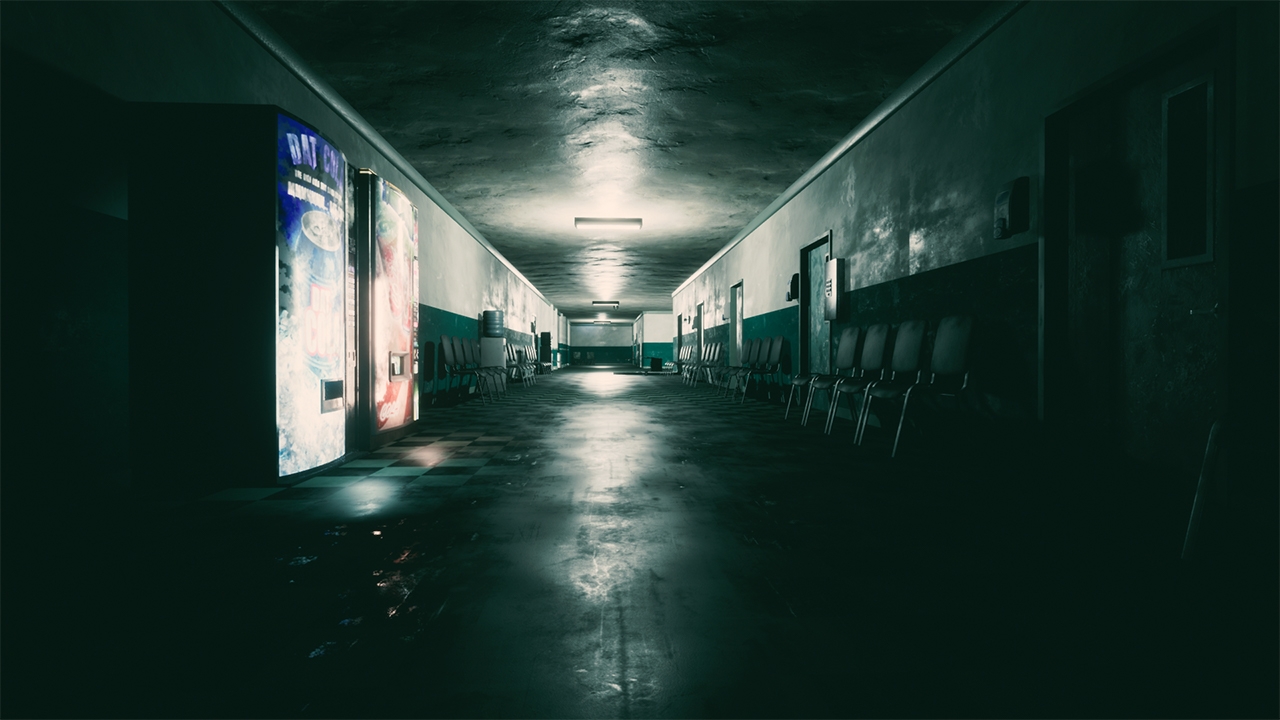 From grey and musky cellars, through blood stained corridors of haunted prison, all the way down to atmospheric yet chilling chambers of awe-inspiring church, Welcome to Hanwell maintains a level of quality which allows it to turn the titular Hanwell into a believable, if cliché ridden locale. And if you are willing to overlook the fact that Welcome to Hanwell is basically a Silent Hill but indie, and with a different name, then without a shadow of a doubt, you are going to have a lot of fun with it – even with all the above-mentioned flaws taken into the consideration. And even though Welcome to Hanwell is mimicking a AAA product, you should by no mean expect it to feature the same, or similar standard of execution.

Originally, Welcome to Hanwell was released on PC back in 2017, and even though the developer had nearly a year of feedback to work on the back off, Welcome to Hanwell still features a plethora of minor, if inconvenient features which should have been reworked, or in the slightest, improved upon. For example, in-game subtitles are so minute that on-screen, they’re barely visible. And while not all people require subtitles, such are ultimately a standard within the industry and should be within a reasonable state upon the release. However, minuscule subtitles are nowhere near as painful to experience as the title’s detection framework, which rarely ever works. And at times in-game detection get so bad that you have to restart your game multiple times in order to exit a room, as doorways, items, and collectibles can become inactive at any time – and if you close a set of doors behind you, there’s a 50/50 chance that you won’t be able to leave, as they’ll become a part of the static environment.

Ultimately, Welcome to Hanwell is a reasonably acceptable title – especially by modern standards. However, it is only acceptable when it works as it should, and as you had a chance to read above, that’s not always the case. And you could say that such state of affairs is unfortunate, but the truth is, all these issues could have, and should have been ironed out prior to the release. And as things stand, with all these points taken into consideration, it has to be pointed out that Welcome to Hanwell, is by no means a ‘good’ or even an ‘average’ game, as titles of such qualities are note marred by any of the above-mentioned issues. And that’s incredibly disappointing, as the core premise of Welcome to Hanwell is, or at least was, immensely promising.

Welcome to Hanwell is a promising title, which is ultimately held back by a plethora of bugs and other infuriating imperfections.