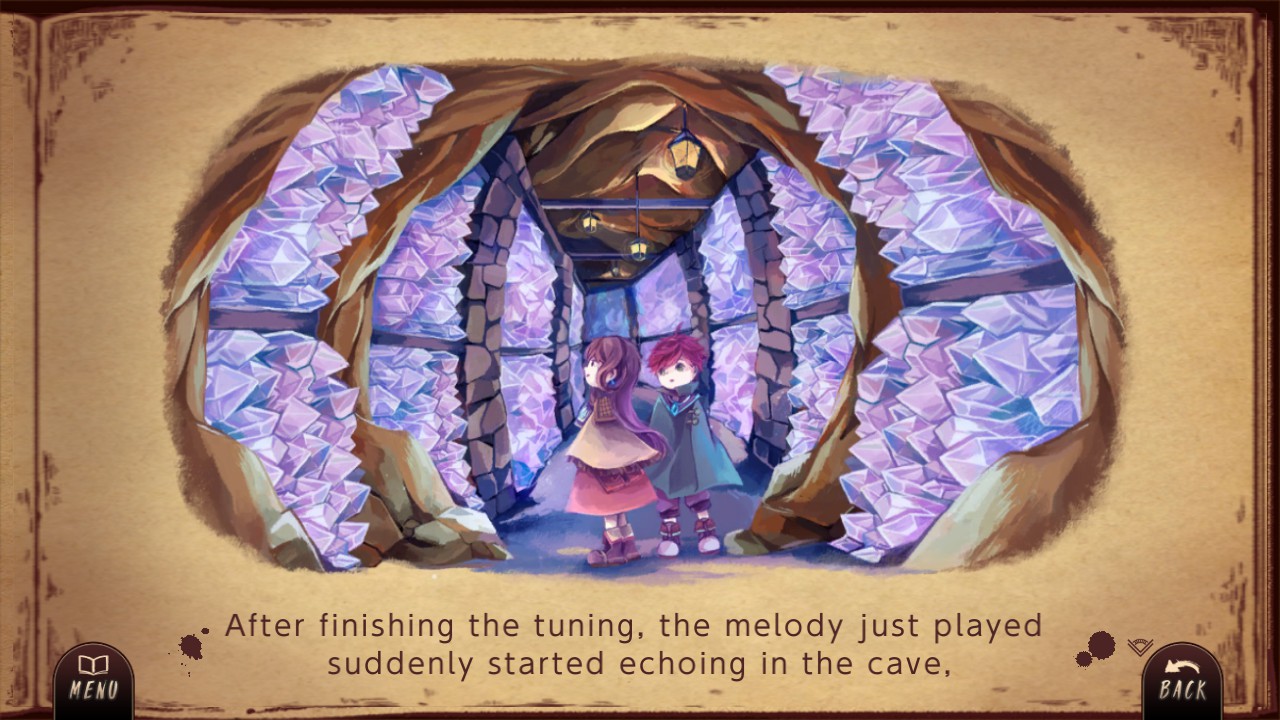 Whenever people think of think of video game titles within the rhythm or music genres, it’s usually titles such as Guitar Hero, Rez and even Singstar that first pop into your minds. It isn’t difficult to see why, as these titles are largely considered to be the games that led the way within its genre. Despite many other games attempting to emulate their success, their design, execution and mechanics often mimicked the presentation of the original titles; often resulting in gameplay elements that were often sub-par in what they were trying to achieve. However, with the release of Lanota upon the Nintendo Switch, Noxy Games and Flyhigh Works have brought something new to the table. They’ve disbanded the usual presentation of vertically dropped notes and, instead, given us a new circular format, as well as incorporating a story-driven element into its narrative; something rarely seen within the rhythm genre.

This unique blend of musical gameplay and storytelling delivers two distinct forms of gaming into one neat package. The story revolves around a world that has been muted of sound and colour from the Al Niente phenomenon. Two young heroes, Fisica and Ritmo decide to put an end to the horrible curse that has befallen their homeland and, armed with a tuner and the power of Notalium, set about restoring colour to the land through the sound of music. Told through a series of episodic adventures, this switch version containing all of the paid for content and DLC from the game’s mobile roots, each location is revealed through the power of music; often revealing its secrets of hidden items and unlock-able soundtracks.

It’s all presented through a series of beautifully drawn artworks, their monochrome landscapes bringing the land to life with the power of colour to their sceneries. A few levels into the game, you are even presented with a world map, which is just as charmingly presented, in which you can select locations, revisit songs and embark on side quests in order to receive extra items and notalium to push forward along the main story quest. It all adds to produce a nice, extra feature to what may be immediately envisaged with a game within the rhythm genre; although its features can be a little puzzling at first until you learn the basic mechanics of how the game plays. 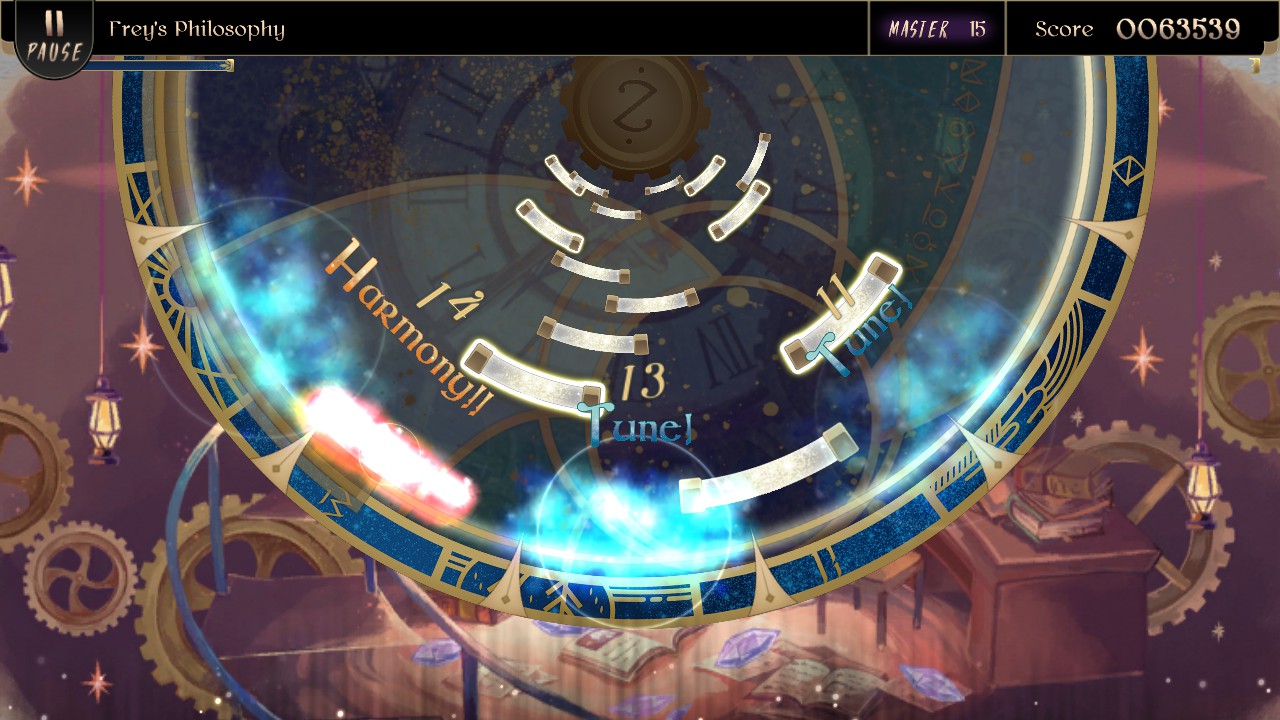 However, the main premise of the gameplay revolves around its element of rhythm-tapping. With a roster of over seventy-plus songs on offer, including a number of Switch exclusives; a major upgrade from the originals sixteen offerings, there is plenty of variety here to keep your fingers and feet tapping to the beats of a variety of different musical styles, from pop music to the upbeat tones of dance. The general features of the gameplay follows the tried-and-tested formula of tapping the correct notes as they hit the sweet spot upon the screen; although this formula has been tweaked dramatically to produce a unique style that will keep you on your toes, or fingertips.

With the monotone landscapes of the world behind you, you are presented with a circle in which the notes of the song are portrayed. Emanating from the centre of the circle, the notes traverse outwards until they reach the circumference, where you must tap, slide and hold the various rhythms until colour is restored to the background image of the land. What distinguishes this feature from previous titles within its genre, is its ability to warp the play area, producing a series of notes that can rotate three-hundred and sixty degrees, as well as flip around an ever-changing circle as it increases and decreases in size.

Its mechanics really do require a form of concentration as you constantly hit the notes from all around the circular playing area; as well as its changing features to bring a form of freshness to the done-before mechanics of rhythm tapping. The tempo of its finger-tapping mechanics do a great job of matching the rhythm of the currently playing song, even to a point where it can make the players feel as if they are playing the melodies in a keyboard-style of motion. There’s a very eclectic mix of musical styles here, but don’t expect to hear anything that is found in the mainstream. There’s no licensed tracks, such as the types found in Guitar Hero or Singstar. However, Lanota’s track listing is suitably easy to listen too; even catchy at times. 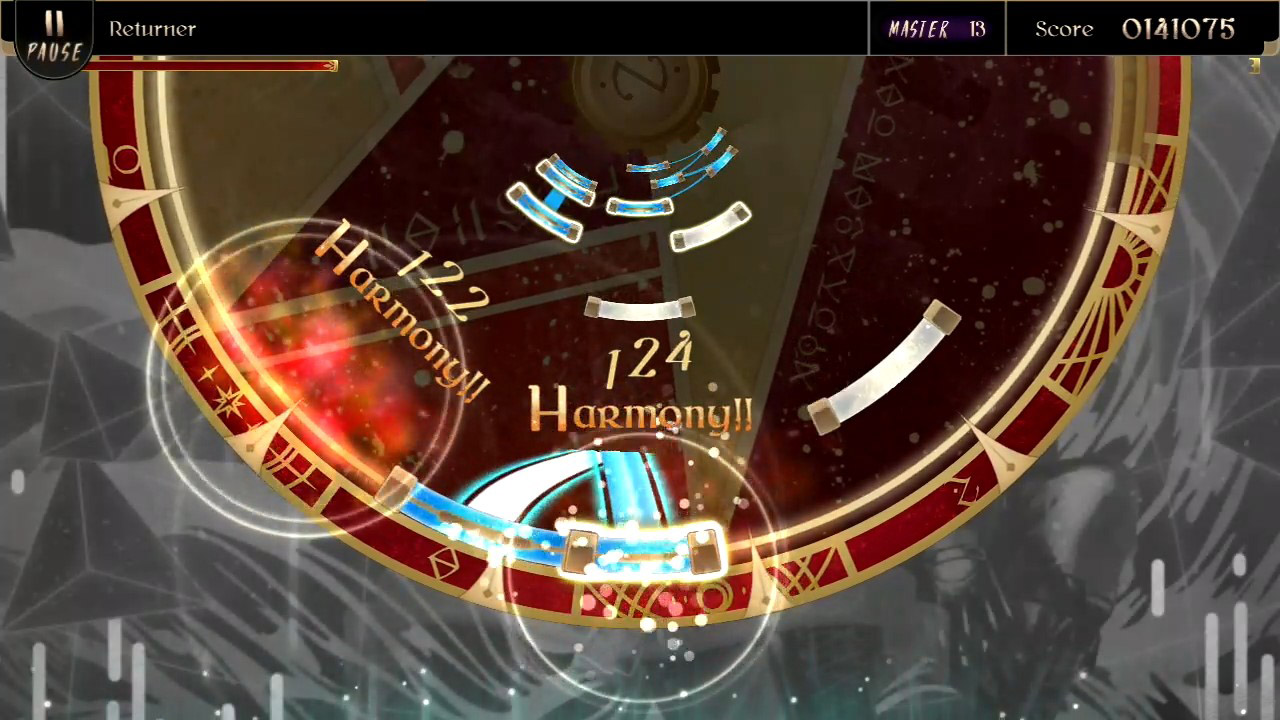 The game also presents you with a number of options when it comes to tune selections; tailoring the experience of each song to your owns specific playing ability and difficulty level. There are three difficulty levels from whisper, acoustic and ultra that alter the frequency of notes that are displayed within the play area. You can also adjust the speed at which they traverse their circular scheme. You can also choose a variance in play-style too, with tunes offering a mode that plays the song all the way through, or Purify which ends the play-through if you commit too many mistakes.

With a mixture of story-telling and rhythm-tapping, this is a title that boasts some nice features in its presentation. However, this style also presents a few glaring problems; particularly with the use of its mechanics upon the Nintendo Switch. Although the use of the circular play area offers a unique control scheme for its finger and rhythm tapping, the way it is executed, with constant movement over a three-hundred and sixty degree range, can cause your fingers to block the views of upcoming notes; this is especially prevalent when playing on a more difficult level of play. It should also be noted that this game is touch-screen only and not playable in the Switch’s dock. This element of play-style can also highlight problems with the architecture of the Switch’s design not producing a overly-friendly feel with holding the screen and stretching your fingers over the screen; especially if the joy-con controllers are still attached.

Despite these awkward elements of gameplay, it has to be said that Lanota is good fun to play. Its unique styles of presentation, both in story and rhythm-tapping, offer a very different way of playing its genre. It contains a satisfying array of musical styles, with some tunes producing a catchy, toe-tapping, tone that will keep you entertained for a good few hours There’s a nice challenge in its varying degrees of difficulty, all of which can be personally tailored to give you the best experience in your own personal taste of playing. If you’re looking for a nice rhythm-game that contains a variety of unique features, then Lanota will offer you some good forms of entertainment. However, just be prepared to accept that the switch isn’t the ideal platform in executing the game’s mechanics. Unfortunately, it just feels a bit too cumbersome to make it a smooth experience, which ultimately, produces a game that just doesn’t quite hit the right notes on Nintendo’s machine.