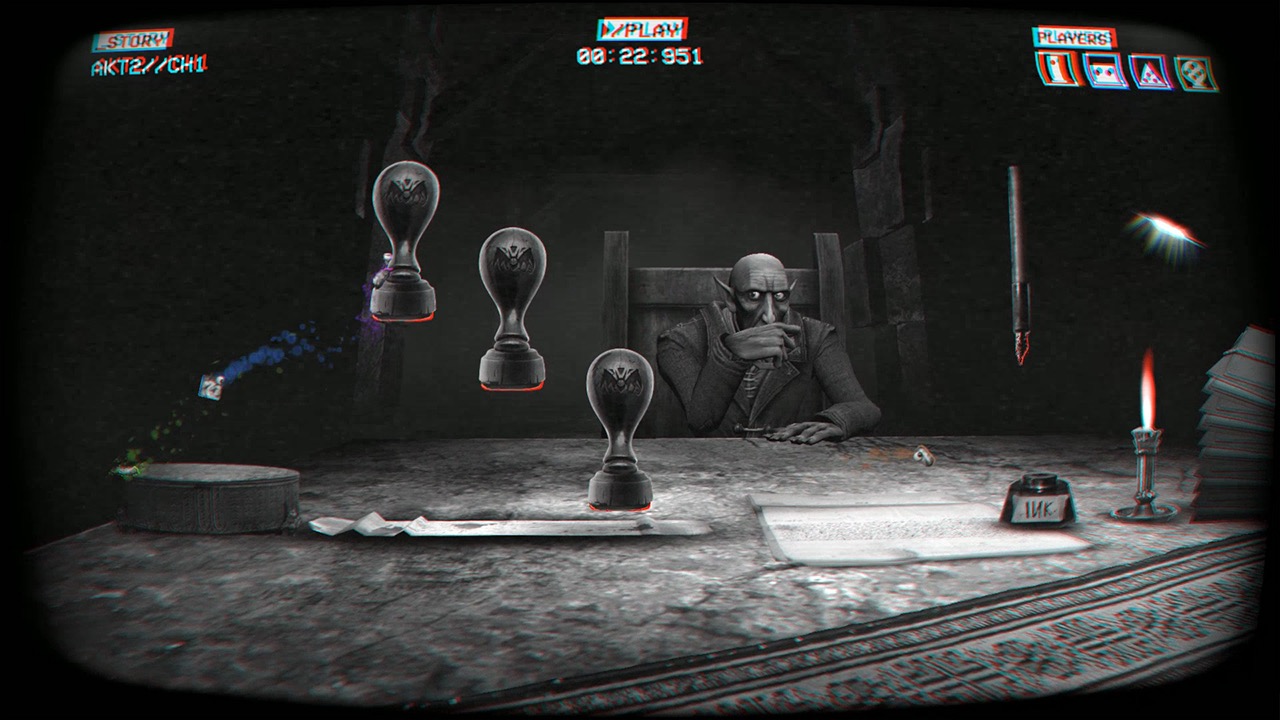 Being able to successfully lampoon something is key to having the otherwise massive shortcomings of your film or project be overlooked. Take, for example, most of the Scary Movie franchise: the reason that it got all the way to five movies is because the first couple were actually spot on parodies of the genre, and the last three were terrible but at least imitated a few classic moments with accuracy. The other “Movie” films (Epic Movie, Disaster Movie, even Fifty Shades of Black) were shockingly bad, and part of that was the laziness with which they approached the idea of referential humor. You can’t just stick someone in a Jack Sparrow costume on your set and call it a win. You need to make the humor rotate around it. That’s what makes films like Airplane! and Space Balls really great: bringing something to the table while making sure the table looks like another movie. Tragically, I think there was a bit of a missed opportunity with this understanding when it comes to the new competitive “platformer” Epic Loon.

Joe was just an average guy, refusing to move out of his parents house or stop watching movies on VHS despite the fact that we’re now almost three generations removed from that medium. One day, his beloved VHS player started glitching out, so he went to the bizarre hardware shop on the corner to get a special cleaning tape from the creepy Chinese dude who runs the place. Now, it seems, his VHS player is kind of working again, but inhabited by aliens or ancient spirits or something, and they’re totally ruining his movie watching experience by being annoying. Rather than be sort of impressed that there are now sentient beings inside his obsolete entertainment device, Joe thinks he can smoke them out by playing crazy scary movies and destructive flicks. Things like Alien, Dracula, Godzilla, only not called that because those names are copy written and we have to lean on the audience to understand the references. Between his ample collection of awesome tapes and the powers of his remote control, Joe is certain he can wipe out the intruders. Oh Joe. Bad news, buddy: you’re not the protagonist here.

Epic Loon is a timed physics platformer that puts you in the seat of one of four aliens who simply want to make it to the end of the scene, which is represented by a glowing schism that appears somewhere in the room. As you’re all a bunch of blobby, shapeless aliens, you have two real forms: solid and less solid. When you’re solid, you can do these pitiful little hops that sort of put you in one direction. If you’re less solid, you turn into a catapult of sorts, using your wildly swinging eyeball antenna to direct which way you want to fling your form. The aliens can and will stick to most surfaces, so gravity isn’t a problem as long as you can reach a plane before your momentum runs out. Naturally, not all the planes are safe, and red, glowing areas will zap your ass back to the spawn point. In group play, first one through the gap gets a serious advantage in the next level. In single player mode, you gotta get out first, because if the (incredibly terrible) CPU gets there first, Joe freaks out and starts messing with the screen, sometimes rewinding the tape or making it play in double or half speed. Joe is a bit unhinged and whiny, as you may have guessed, so try not to make him too angry. Joe, by the way, seems to forget what he’s doing at one point, because he accuses the aliens of ruining his “games.” Dude, they’re movies: how did you forget your own favorite hobby? 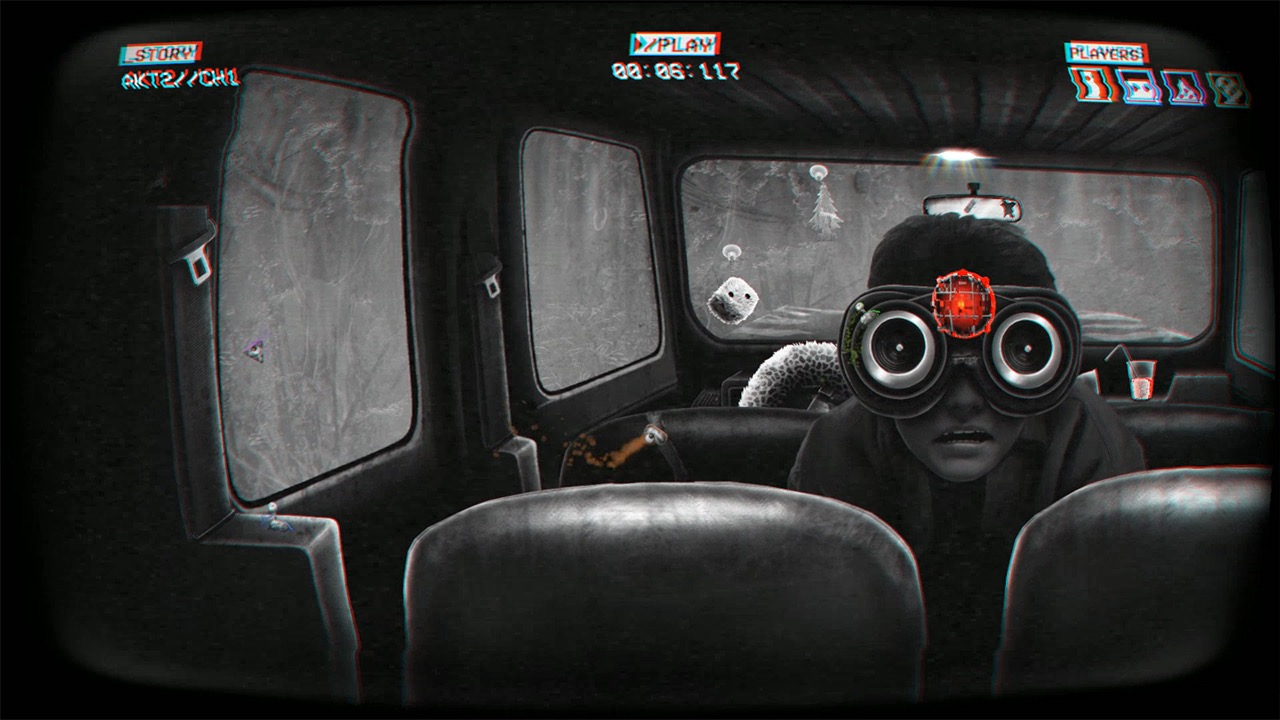 Epic Loon is especially focused on the homages and references to other movies, and, in that aspect, Macrales Studio has done an absolutely bang up job. This is probably one of the few games where I sat through the introduction, told in a fuzzy VHS presentation, about Joe’s sad little life and the reasons why he’s in his current predicament. There’s a nice mixture of actual films in the background combined with “almost” films, with plenty of nods to 80s and 90s movies alike all over the place. Joe even realizes that the cursed tape came with the same stipulations attached as the Mogwai from Gremlins, which is fun enough. The levels themselves do a great job of creating different chapters and acts around the films they seek to imitate, and it’s one of those well-balanced moments where, if you’ve never seen the movie, you can still appreciate the design, and, if you have, it’s that much cooler and funnier.

The initial four films you can choose from do expand as you beat them and Joe becomes even more enraged that the alien visitors have survived his cinematic onslaught. Epic Loon really wanted to make a full and compelling game for people who love movies as much as the creators, and it shows in both the styling and the little extras throughout. Unlockable costumes for each of the aliens is a nice touch, allowing you to swaddle them in tiny costumes that imitate some of the heroes and villains of the movies that you’ve conquered. This also just reeks of a game that could easily be expanded upon with DLC if need be, though I do like that the snarky options menu specifically mentions that in app purchases don’t really exist and cannot be activated. Still waiting on that beer that Alexa said it would order from within the game menu as well. Seriously, it’s a perfectly humorous, harmless waste of a menu page, and I loved finding it.

Now as for the game…eh. Epic Loon has some real potential that is tripped up and destroyed by the very thing it hopes to create: frustration. See, this game is perfect for friends who secretly hate each other, or at least love to watch the others get angry. The earlier levels quickly ramp up in difficulty, and the later ones are positively batshit when it comes right down to it. There are so many factors that can and will affect the angle of your projection and the results of your landing. There are nonstick, bouncy surfaces. There are moving pistons, swinging pendulums and other obstacles that all look like they’re part of the film. And, unfortunately, there’s everyone else. As much as the levels are made to trip you up, it’s the fact that the other players are tangible and collidable with each other that serves to be the biggest interference. If you’re incredibly lucky, you’ll be able to play in single player mode by getting ahead of the CPU as quickly as possible and staying there. They’re usually pretty backwards with their approaches, and, with some luck, they won’t be able to get onto the next segment with you, If they manage to be in the same proximity at the same time, God help you: these little bastards seem to wait until you’re jumping before they jump, purposely slamming into you when you’re desperately trying to get through a narrow passage safely. There were a couple of levels where I could only proceed by purposely jumping wrong and hoping they would follow at a higher angle or stronger velocity and get them killed. Because your CPU teammates are dicks. 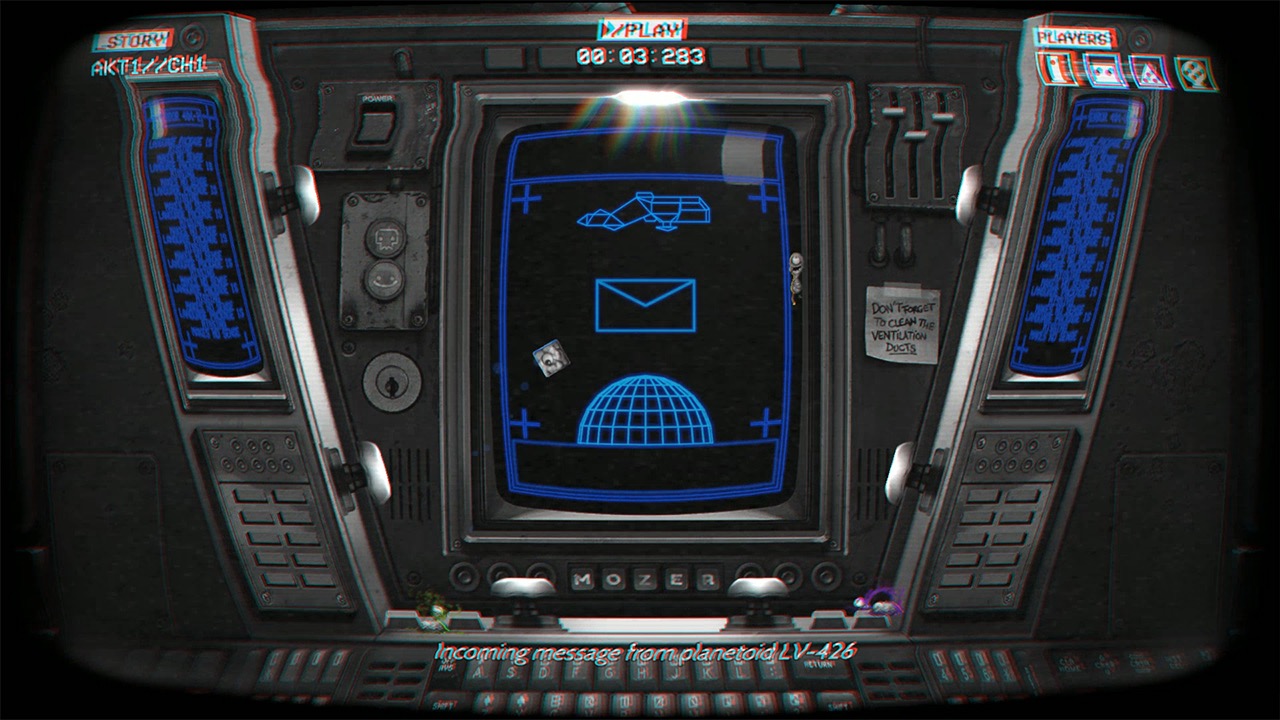 Now if what I’ve just said sounds frustrating and agonizing for a single player, try to imagine those same elements with up to three of your friends here in Epic Loon. Imagine that there isn’t really a good target time or whatever, it’s just being the first through the gate and doing so in one piece. Now think about your friends. Which one of them will be willing to totally screw with you just to make sure they can buy themselves a few extra minutes before you might have been able to win. And, best of all, if they finish the level first, they might get access to a special prize that will allow them to screw with you even more next stage, manipulating the world the same way that Joe does in the single player mode. What’s that? You’re preemptively punching your friend now, even though you haven’t played the game yet? That’s the appropriate response.

Epic Loon really has some great factions and points to it, and I can see what they’re going for and what they want from the community. They want to see people be able to speed run this sucker and fly through almost effortlessly, executing amazing angles and mid-air transformations to screw with their own physics like they were God of the damn game. They want players to scream and laugh at each other in frustration as the game attempts to make the best of the angriest you’ve felt in years. I love the concept, I do, but the collisions with the AI players make it significantly less fun. I can get angry at a friend, that’s natural, but getting angry at my Switch is a recipe for disaster. Definitely grab this if you’re a fan of hating yourself or hating your loved ones, but be careful if you have high blood pressure or simply didn’t love the 80s. Which, how the hell did you not love those movies?