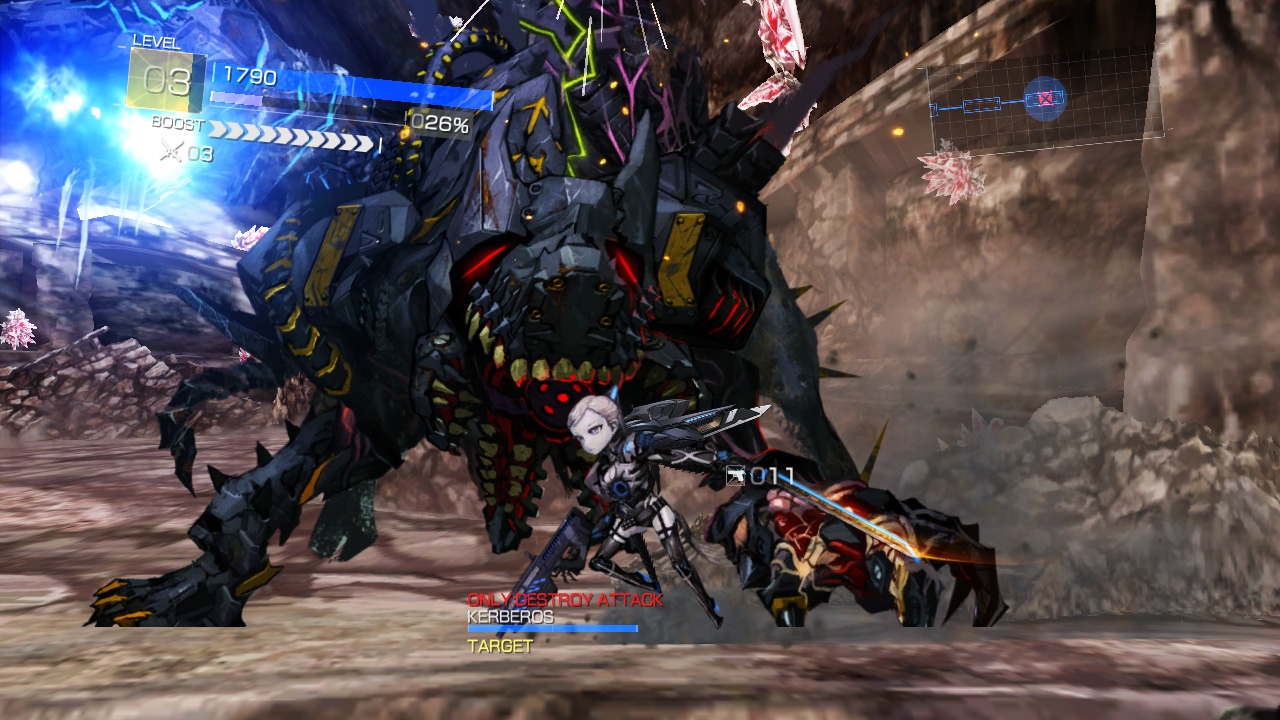 Earth: the first frontier. Earth is where everything that’s important to us in the last few million years has happened. Sure, we like to pretend we’re totally interested in the Pillars of Creation, but c’mon, they’re an insane distance away and, oh yea, technically collapsed before the Chinese empire was even founded. Instead, we keep our eyes and ears and hearts set on the Blue Marble, the planet where we all currently reside and, more than likely, will continue to do so for at least another couple generations. As a result of humanity generally enjoying their life on the only known planet that can sustain it, we often fantasize about what would happen if invaders came and tried to take it over. Most of those fantasies involve welcoming the extraterrestrials to “Erf” and then punching them, but, realistically, it could go any way, maybe even benign and polite. If you’re in favor of a more diplomatic approach to things and don’t like the idea of having to fight visitors from another star, then I’ve got bad news: Earth Wars has very little diplomacy and a ton of alien shooting.

Set in the year 2020, Japan suddenly has decided to stop worrying about the Olympics and start worrying about EBEs, which are ultra hostile aliens that have invaded, don’t care about most human weapons, and want to eat everything. I say Japan because, despite the characters all talking about retaking California and such, that’s just what the subtitles say: everyone’s dubbed over in Japanese. Anyways, scientists do a last-ditch effort to fix things by creating a bio armor that fuses with EBE flesh to make new, super killing powers and abilities. These armors are outfitted on a group of special soldiers who are dubbed the A.N.T.I. The acronym probably stands for something, but I can’t remember what it is and it shouldn’t bother you beyond reading it. Now, wielding a fighting chance, it’s time to take back the Earth from the EBEs and save the human race or at least die trying.

Earth Wars plays in a side scrolling approach that relies on exploration that’ll suddenly delve into combat when some hostiles are discovered. I say some because I noticed there were a few sequences when I was just fighting things but it didn’t really seem to matter. Let me explain: you travel in a pack of about four A.N.T.I. soldiers, all of whom disappear when enemy clusters appear, leaving you to fight solo. I think it’s implied that they’re dealing with other baddies at the same time, but no matter, it still feels like they ditch you. Anyways, you engage in these fights, you win, and then you pick up stuff. Only, on occasion, there are just enemies around, and you either fight them or don’t and that’s really it. They still deplete your health and act as a pain in the ass, but you receive nothing for fighting them. It’s a moot thing, but you’ll still want to kill them so you don’t have to keep bumping into them during exploration. Each level has a mission goal, be it to clean out so many bad guys or deal with one really big, really bad guy. Once that’s accomplished you zip back to HQ for more exposition about how well you’re doing, how the odds look and also how each of you is really human, and so you dying would be bad. It’s a weird kind of balance, but I liked it well enough. 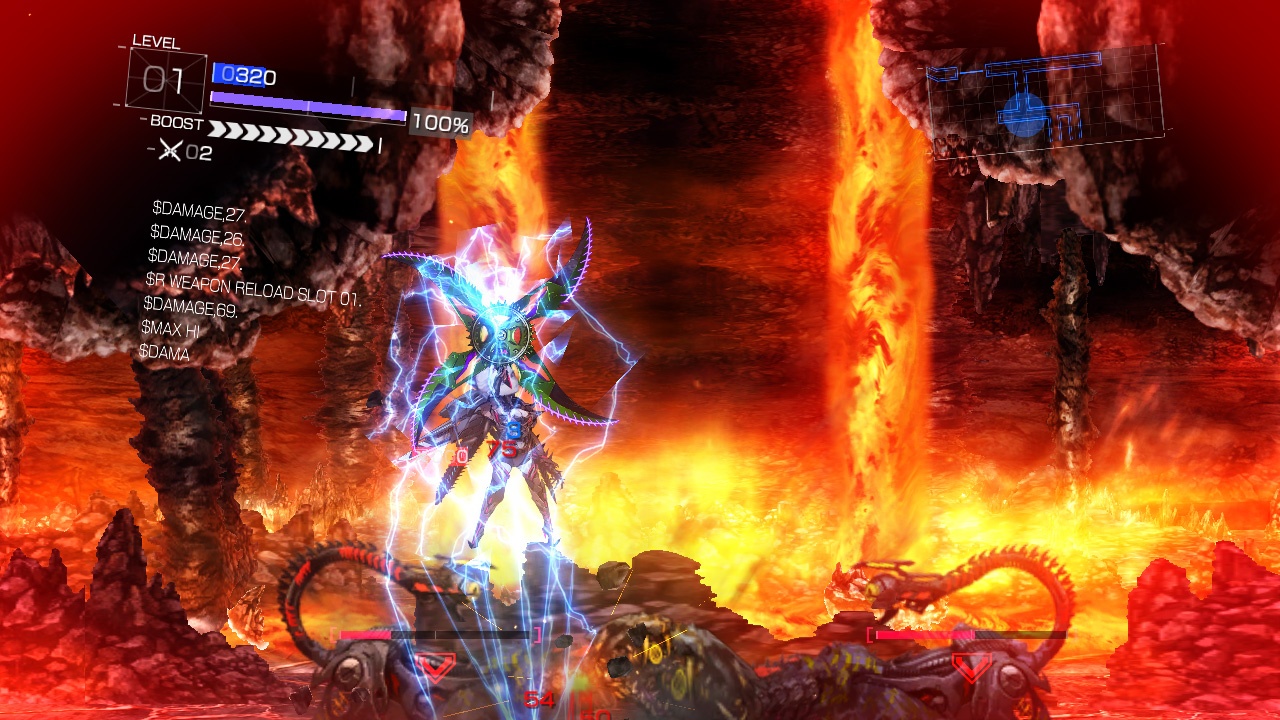 Combat is where you’ll spend most of the time in Earth Wars, and it plays out well enough. You have a gun with nearly infinite ammo, a sword that beats stuff to death, armor for dying slower and a dash ability that’s pretty handy at times. Enemies shoot back and will bite you when you’re close enough, and all of them are ugly and different. One of the biggest pains to remember is that your armor is made of EBE and science fused together, so more than a few enemies are also armored up and that needs to be dealt with. This means you slowly pick away at their armor with your gun until they go into a “Break State,” which gives you a precious few seconds to wail on them with the sword. This sometimes works out well: with a few good swings, you start juggling them in the air, and they can’t fall down and then recharge their armor. If you can whittle away the lesser troops and just leave the armored core for last, it’s not so bad. However, You usually end up with multiple armored dudes pretty early on, so you just enter a dance of shoot, run, hit, run, and repeat.

And that’s hardly the end of the combat. Earth Wars also has enemies attacking from all angles. Flying bat bastards with lasers. Sand sharks who only can be hurt when they’re about to bite you. Tanks with feet that can take a massive amount of damage and not even seem to care. And the boss characters are hulking, taking up a couple of screens worth, and have a wide variety of attacks to pound you into dirt. You have a limited number of times where you’ll be auto resurrected by your team, and these don’t seem to impact your score at the end, but, again, limited. So you gotta really decide if you’re ready to take on the boss as is or, sadly, if you need to flee, end the mission, and maybe go back and re-run things to build up more points so you can level up your gear.

That’s a really cool aspect of Earth Wars. Besides some good character customization at the beginning (all the dudes look similar but there’s so many styles and types for the female characters), there’s also a bit of crafting that’s going on back at HQ. By picking up body parts and such dropped by the EBEs, you can craft new swords, armor and guns as time goes on, and they actually make a huge difference when you can finally upgrade to something new. On top of that, you also have the choice to power up your current items with, well, basically whatever is lying around. It’s like the flux capacitor in Back to the Future: by simply dumping enough “stuff” into your weapon, it becomes this more powerful thing, albeit in small increments. Still, it can be enough to just buff up your sword one tich before going back into combat and, suddenly, the future of humanity is looking a bit better. 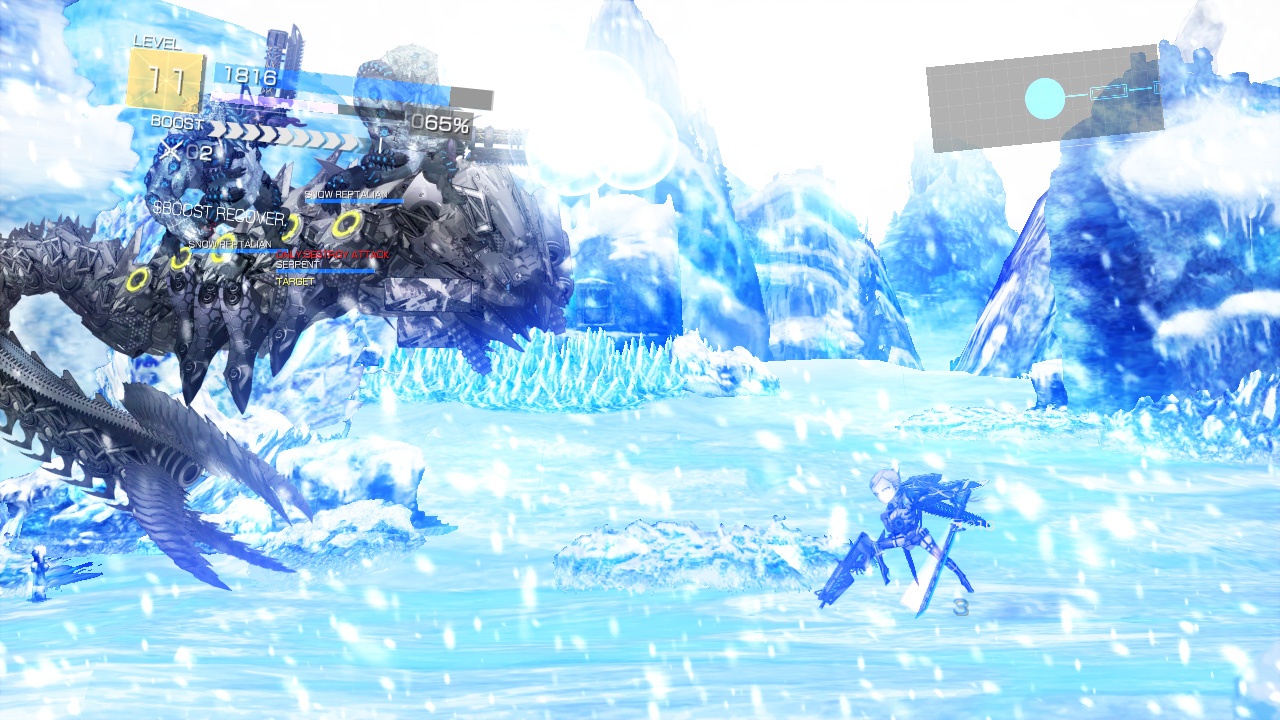 I gotta say, I did not, in any way, enjoy the artwork of how the characters looked between the scenes. I get what’s going on, it’s this weird, gaunt, East Meets West kind of style that I’ve seen in a handful of Japanese games, but it creeps me the hell out. Everyone looks like they’re drug addicts or zombies, and maybe that’s because they’re all stressed about human annihilation. I don’t care, I skipped over the scenes as fast as I could so I could get back down to the diseased and war torn lands where I fought grotesque beings and harvested their organs. There, the grossness made sense and totally felt natural. In HQ, I just wanted everyone to have a bath and maybe get some sunlight.

Although it’s not usually my place to comment on price, it should be noted that Earth Wars is, at launch, a jaw-dropping four dollars and fifty cents, less than 80% of the going price on other consoles. I’ve done my best to do some investigative reporting, and the best I can figure is that the developers are pleased with the sales on PS4 and wanted to entice people to grab it on the Switch who might otherwise overlook this pretty cool and interesting game. For less than five bucks, I think that even fans who don’t normally like this kind of game should grab it just for curiosity’s sake.

In the end, Earth Wars has a lot of replay value from variety and challenge alone. With a whole armory of weapons to create, upgrade and experiment with, not to mention a vast array of enemies and levels to explore and re-explore, you can get past the creepy portraits and examine the game as it truly is. Think Starship Troopers meets Silent Hill. You got this. Now hold down the fort, I’m going back in for more EBE trophies.