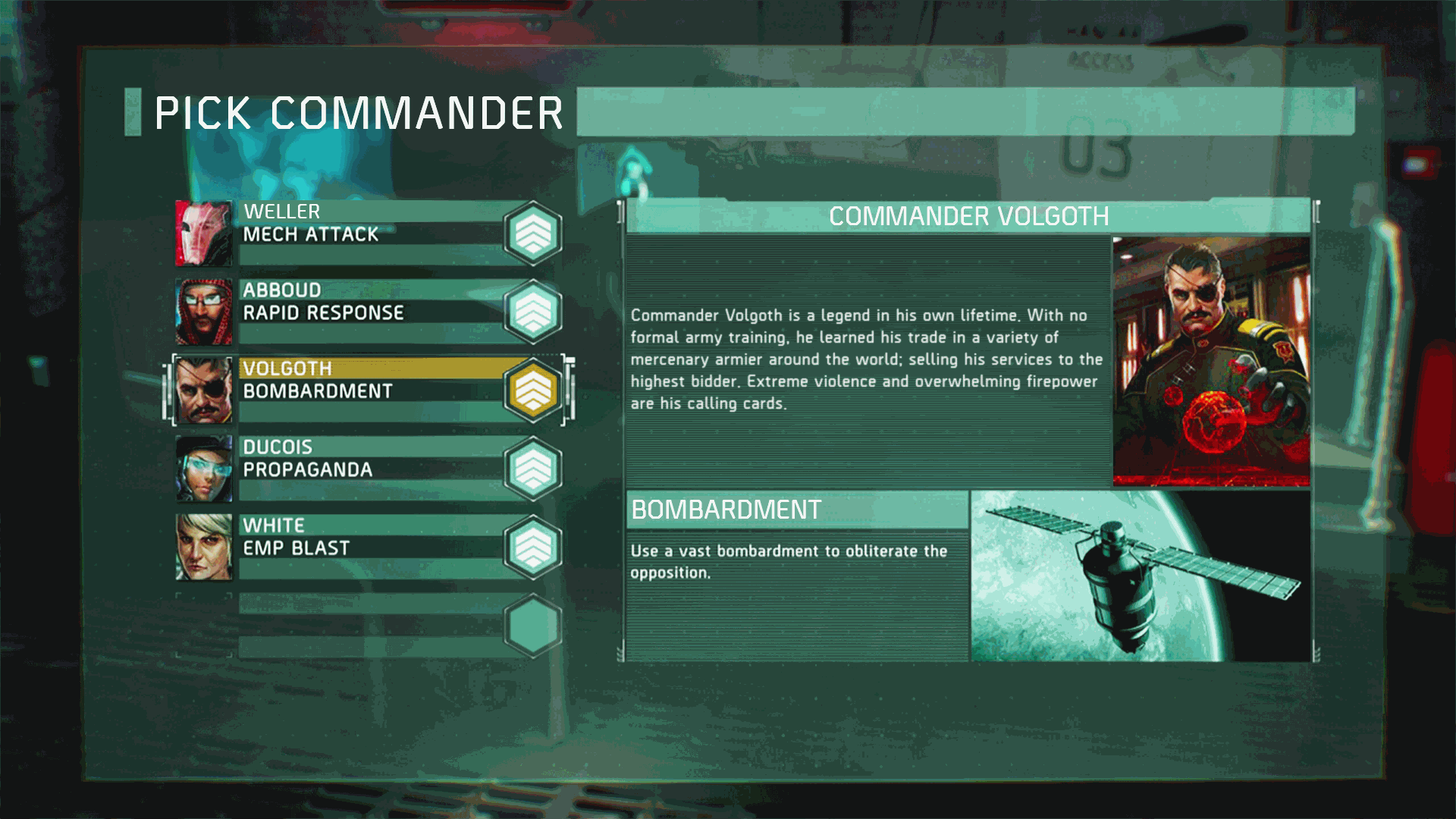 The year is 2080. A depletion in natural resources has caused divisions amongst the human race, as five factions emerge from the fallout of a seemingly never-ending war. Each with their own militaristic and political ethics, these factions now battle it out within the walls of Earth’s most populated cities, in order to obtain dominance and unify control. More than just a reskin of the classic strategic board, this backdrop transports the Risk series into the not-so-distant future, picking up some new mechanics and gameplay perks along the way.

The campaign begins in London, with the city divided into districts randomly distributed amongst each warring faction. Capture enough of these districts and you’ll be able to build Town Halls, which grant you huge strategic bonuses throughout the game. The quickest way to victory is to build and hold a pre-set number of town halls but with multiple objectives in your purview, there’s plenty of alternate routes you can take in order to win the game.

When the match starts, you’ll be tasked with selecting a commander to lead your troops on the ground. Each of these units come equipped with devastating special attacks or nullifying defensive breakers that are vital to your war efforts, and with each faction offering up different commanders, there’s plenty of options to explore. There are also a number of mercenaries that can be employed which further adds to the diverse roster of characters this game has to offer.

Each turn is broken down into three phases: deploy, attack, and fortify. When your turn begins, you’ll be given an allocation of reinforcement points than can be spent bolstering your defenses or increasing your man-power before you make a land grab. Considering your troops will probably spread relatively thin across the map at the beginning of the game, the challenge lies in placing these additional forces where they are needed most. Leaving one district in the lurch could see enemy forces roll right through your turf in an instant, so it’s important to consider your moves tactically if you’re to capture entire neighbourhoods and keep your commander from the clutches of your rivals. 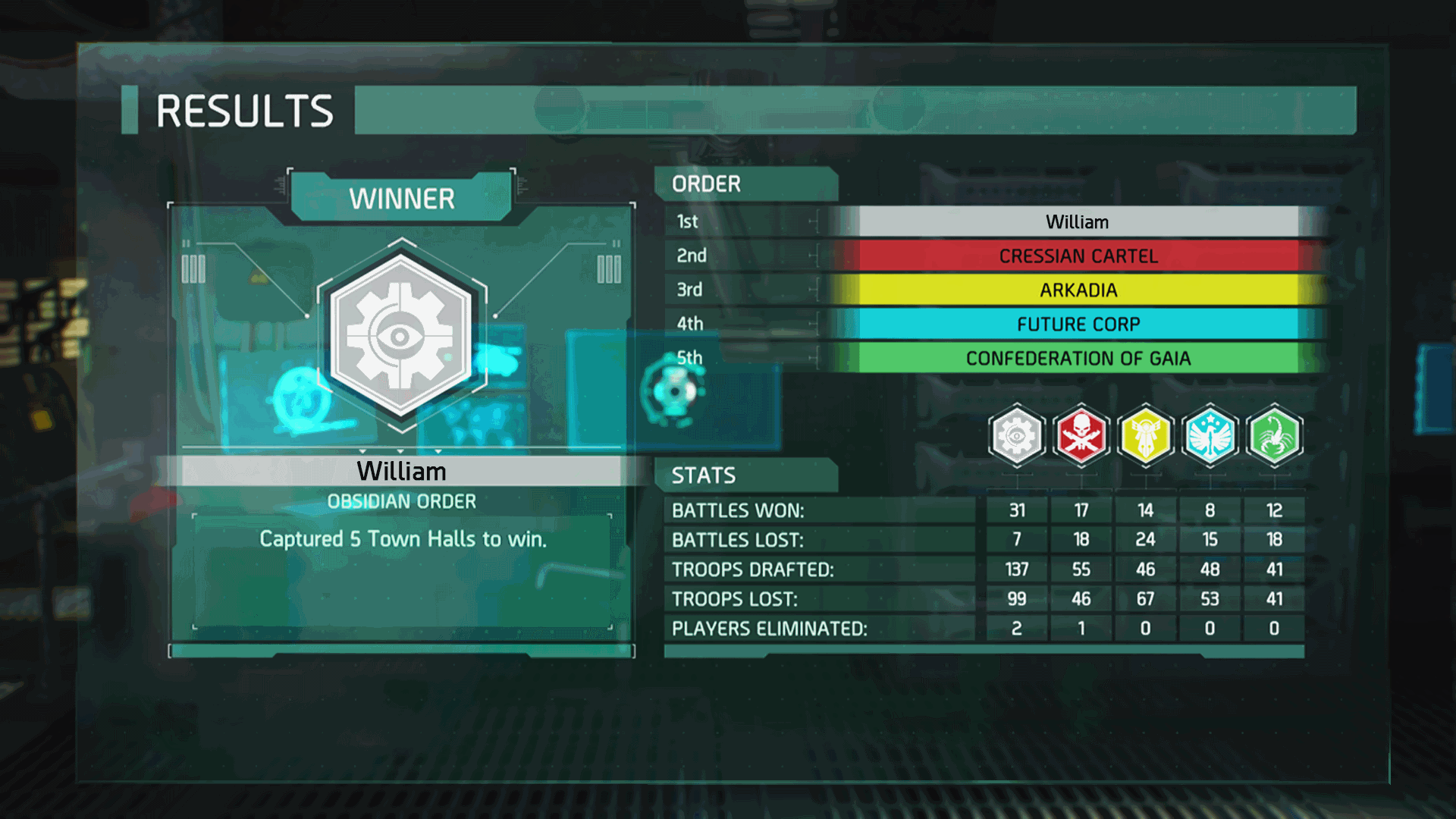 The attack phases is where the fun really begins as you roll your tanks into enemy territory with the hopes of pulling the rug right out from underneath them. Simply outnumbering them is not enough as the fate of your conquest all comes down to the roll of the dice. Up to three units can attack at a time and if you can obtain a higher roll than your opponents, then you’ll destroy their units and be able to conquer their territory. Lose the roll and you could see your own fleet wiped out in an instant. Once the dust has settled, you’ll enter the fortify phase which gives you the opportunity to move troops from one tile to another in order to prepare for any counter-attack the enemy may throw at you. You can also move your commander should you need a little extra firepower elsewhere on the battlefield during your next turn.

Up until this point, it’s all been relatively true to the Risk formula. But whereas the original game rewards you with just one star card at the end of your turn, Urban Assault will reward you with star points for every district you capture on the map. These star points are also distributed to players who hold key defensive positions or for completing mission specific events. At the start of your next turn you can trade these points in for additional troops, an extra commander, or even some defensive structures that can be placed on the battlefield.

The player with the most town halls will be elected mayor and receive an additional bonus in the form of a game-changing bonus that can turn the tides of war. The first option will allow you to steal star points from one rival and share them with another. Aside from granting you extra star points, this can also help you win favour with your new best friend as they’ll feel less inclined to attack you next turn. The other option is to place a bounty on a rival faction. This gives the remaining teams an incentive to target them, as they’ll receive additional star points for every territory they take of the outlawed faction, taking some of the heat off you in the process.

Beyond the campaign, you can take the fight online or play locally against the computer or with friends. At its best, these multiplayer options can make for some great pass-and-play fun. Online is a different story altogether. Even with the promise of an online league, which is a fantastic idea in its own right, online play suffers from low numbers, making it difficult to the find a match-up regardless of your search criteria. But the biggest problems are with the offline modes themselves. While Risk will always make for a great party game, regardless of it being on a board or on a console, it doesn’t quite have the same sense of fun and anticipation when playing against an AI opponent. Whether you’re playing the campaign or a self-contained match against the computer, there are some balance issues that tend to tip the scales in your opponent’s favour. Call it sour grapes or just bad luck, but dice throws in particularly more than often will more than often work to the advantage of your AI enemy. 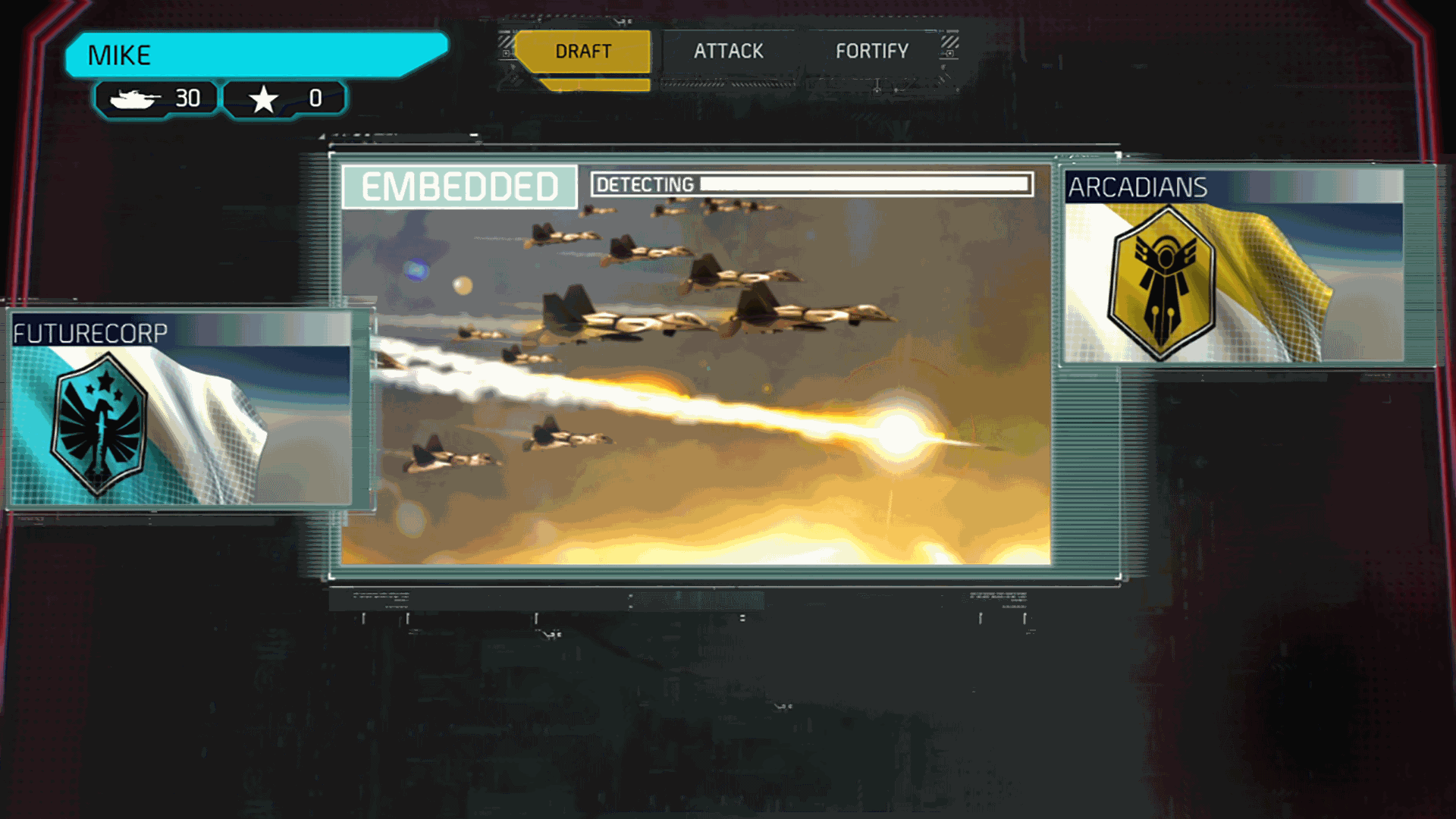 There’s also a huge issue with timing in Urban Assault as it too comes across as being completely unbalanced. While general speaking, the game moves at a much faster pace than its board game predecessor, it seems to pick and choose when you can skip animations or increase the speed of your AI opponents. While you can choose to turn up the speed for AI turns, the game still forces you to watch animations the trigger when your opposing commander uses their special attack. Some commanders are also allowed to attack twice which makes proceedings even more difficult to stomach. One commander in particular has a crooked, slow-moving mech that takes forever to obliterate a handful of tanks. For a game that functions well with minimalist, futuristic graphics, these unnecessary additions to the animations just drag down the whole experience.

On a wider scale, while levels can be won or lost within a thirty minute time frame, it quickly highlights just how short the campaign mode is and just how few variations can be made to the one-off matches. There’s little to differentiate between the factions, aside from the different bonuses each commander has to offer. And with only five cities in total featuring in the game, you can roll your tanks across the globe in a matter of hours. The only incentive to return to past glories is to try and win some of the medals you may have missed by leaving additional bonus objectives unfulfilled. But overall, there’s not enough incentive to return to the campaign once it has been completed.

Overall, Risk: Urban Assault is a flashy attempt to keep a classic board game relevant, in an age where video gaming can offer more complexities and attention to detail in a way that plastic miniatures and a board made of card could ever offer. However, it’s many of these new features, along with poor AI and troublesome timing that hold the game back. Unsurprisingly, the core gameplay and the option to play locally with friends are what hold strong, perhaps indicating that no matter what technological advances come our way, the tried-and-tested strategic Risk experience will always be relevant.