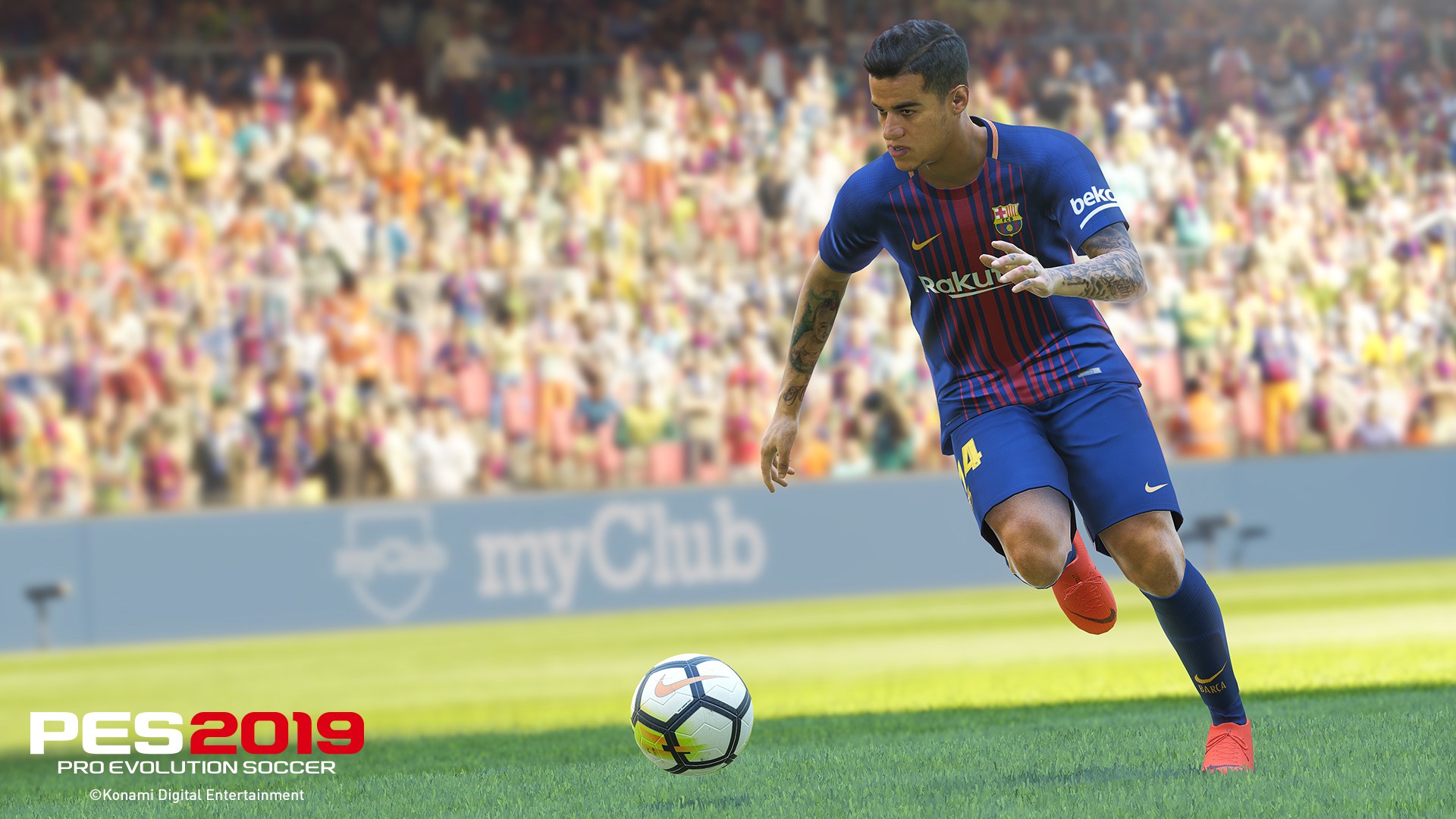 Once again, Konami’s Pro Evolution Soccer proves the Andrea Pirlo to FIFA’s Neymar Jr. It’s not as showy or social media friendly as FIFA, it has less tricks up its sleeve and is probably harder to advertise to the masses, but like the glorious Andrea Pirlo himself, Pro Evo is imbued with its own sense of beauty, caters almost exclusively to lovers of the beautiful game (and football hipsters of course), and is ultimately far greater than the sum of its individual parts.

Just like last year and the year before that…and the year before that, Pro Evo 2019 remains light-years behind FIFA in terms of its online options, level of content, and of course, its aesthetic authenticity. I say ‘aesthetic authenticity’ specifically, as while it can’t match the Sky Sports-inspired level of detail, FIFA’s huge number of licenses or its TV-style presentation, out on the pitch, Pro Evo 2019 provides the most authentic virtual recreation of the beautiful game ever created. While FIFA 19 is still a month away, unless there has been a major overhaul of its core mechanics, it simply won’t hold a candle to the level of variety, unpredictability and on the pitch realism provided by Pro Evo 2019’s exceptional moment to moment gameplay.

When it comes to gameplay, some will tell you it’s a matter of taste of course, but that’s true of just about everything – I have no doubt that some people prefer White Chicks to Citizen Kane, but that doesn’t make them right, and as far as I am concerned, Pro Evo plays an objectively and definitively superior game of football to FIFA and has done so for the past few years. It was certainly true of last season’s releases, and I suspect that it’s even truer this year. Don’t get me wrong, this is still Pro Evo as you know it and is unlikely to win over those not already taken with its more cerebral interpretation of the game, but by preaching to the choir and doubling down on refinements, realism, improved animations, and the series’ killer app, player individuality, Pro Evo 2019 proves a hugely successful evolution (no pun intended) of an already great game of virtual football.

I suspect that some players (even long-standing fans of the series), might struggle (initially at least) with the more considered pace and extensive control animations that make player positioning much more important when both delivering and receiving passes, but after a few games, it all starts to click into place and everything starts to feel much more natural than the excellent but admittedly high-paced game delivered by its predecessor. It’s something you’ve always had to do in Pro Evo when playing on the higher difficulty settings, but with defenders more likely to close you down, and taking control of the ball now taking more time, just about every move you make needs to be carefully considered. If you prefer the more laser-focused passing provided by FIFA, this clearly won’t be for you, but if you are willing to commit to the requirements of the systems put in place, Pro Evo 2019 will reward you handsomely. 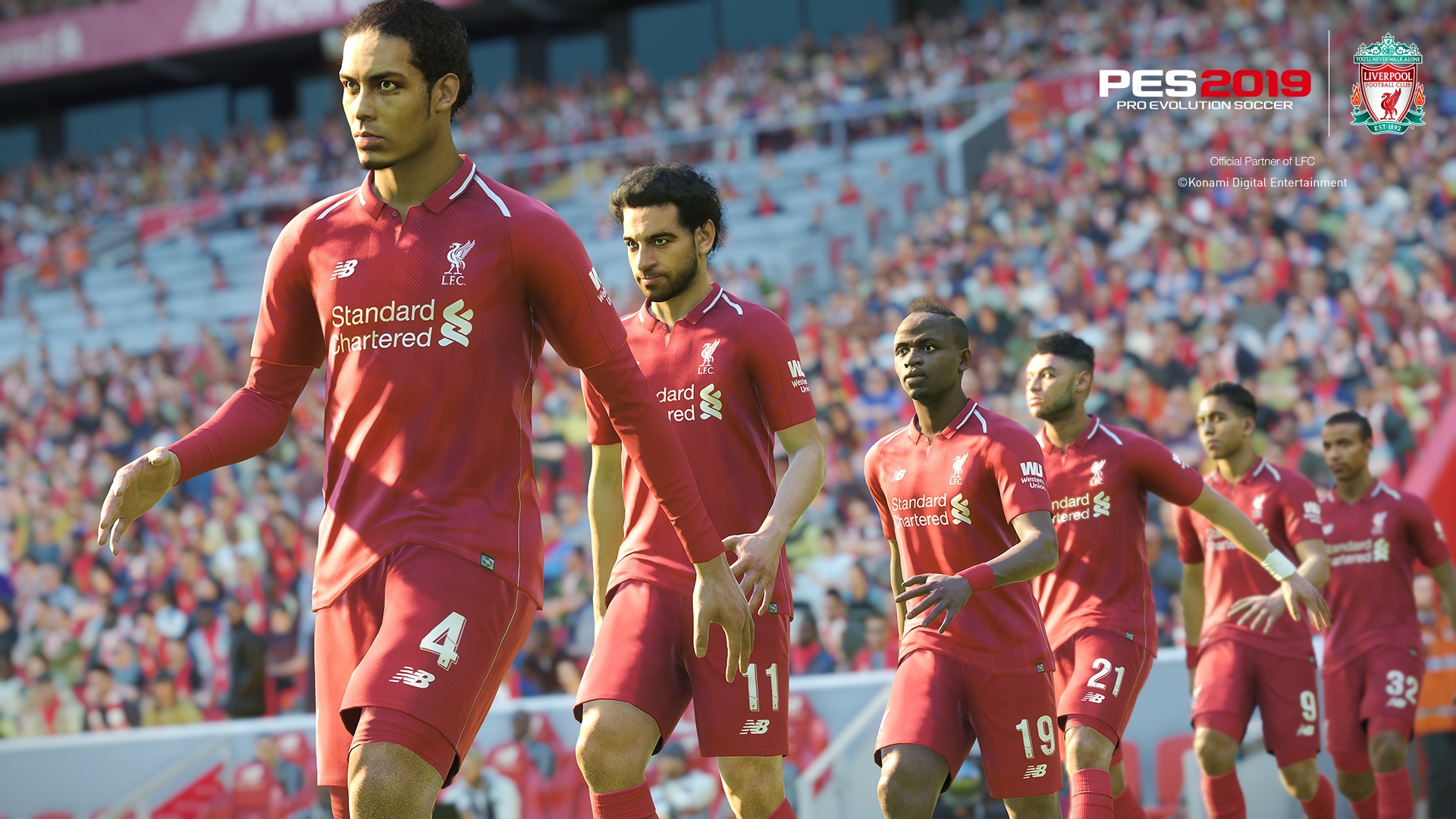 Of course, these new animations aren’t exclusive to the passing – at the top-level in particular, those unique movements and touches that are so specific to individual players have never been more apparent. It’s not true across the board, but if you are playing as one of the better teams around, that player individuality remains one of Pro Evo’s strongest selling points – whether it be a subtle chip by Messi, a powerful header by Ronaldo, subtle control by Coutinho or a crafty no look pass by Bobby Firminho, at its core, Pro Evo delivers a more authentic experience than FIFA could ever hope for.

At its best, Pro Evo is in a different league visually too – if you’re playing Barcelona vs Liverpool as the sun sets behind the Camp Nou, Pro Evo 2019, with its improved animations, gorgeous lighting and fantastic player recreations is genuinely stunning to look at. Sadly, like the individual player animations, the drop off in quality can be rather dramatic and like so much of the games’ visual delivery, can’t compete with the kind of consistency provided by FIFA. I would argue that FIFA can’t match Pro Evo when you’re playing as fully licensed teams at one of the utterly fantastic looking fully licensed stadiums, but with so few licenses in place, things quickly turn, while perhaps not ugly, certainly less appealing.

You know the drill at this point – Merseyside Blue, London FC, Man Red – the lack of an official Premier League license proves as painful as ever, and with the UEFA license now with FIFA too, Pro Evo looks especially bad in terms of comparative licenses. Sure, the committed can still download data packs online with all of the official kits and names for the PS4 and PC (sorry Xbox owners), but that’s clearly aimed towards the hardcore and hardly something that is likely to win over many of FIFA’s plethora of more casual players.

It’s easy for me to wax lyrical about the on-pitch action and to explain why Pro Evo 2019 will be the football game of choice in my house for the next 12 months, but the fact of the matter is, licenses, presentational authenticity and the right bloody names for the right bloody teams, these are things that matter to a lot of gamers out there. The same is true of the extensive game modes provided by FIFA – Master League has seen some refinement and despite being unable to test it (the servers are still offline at this point), MyClub looks like it will probably be much improved this year, but whatever the case, it’s still a long way behind FIFA and its multitude of robust single player and online offerings. Pro Evo’s MyClub mode might not be as keen to remove the money from your pocket as FIFA’s occasionally questionable Ultimate Team mode, but it’s not as addictive either and like just about everything not directly linked to the on-field action, is a long way behind the kind of gloss and classy user interface delivered by FIFA. 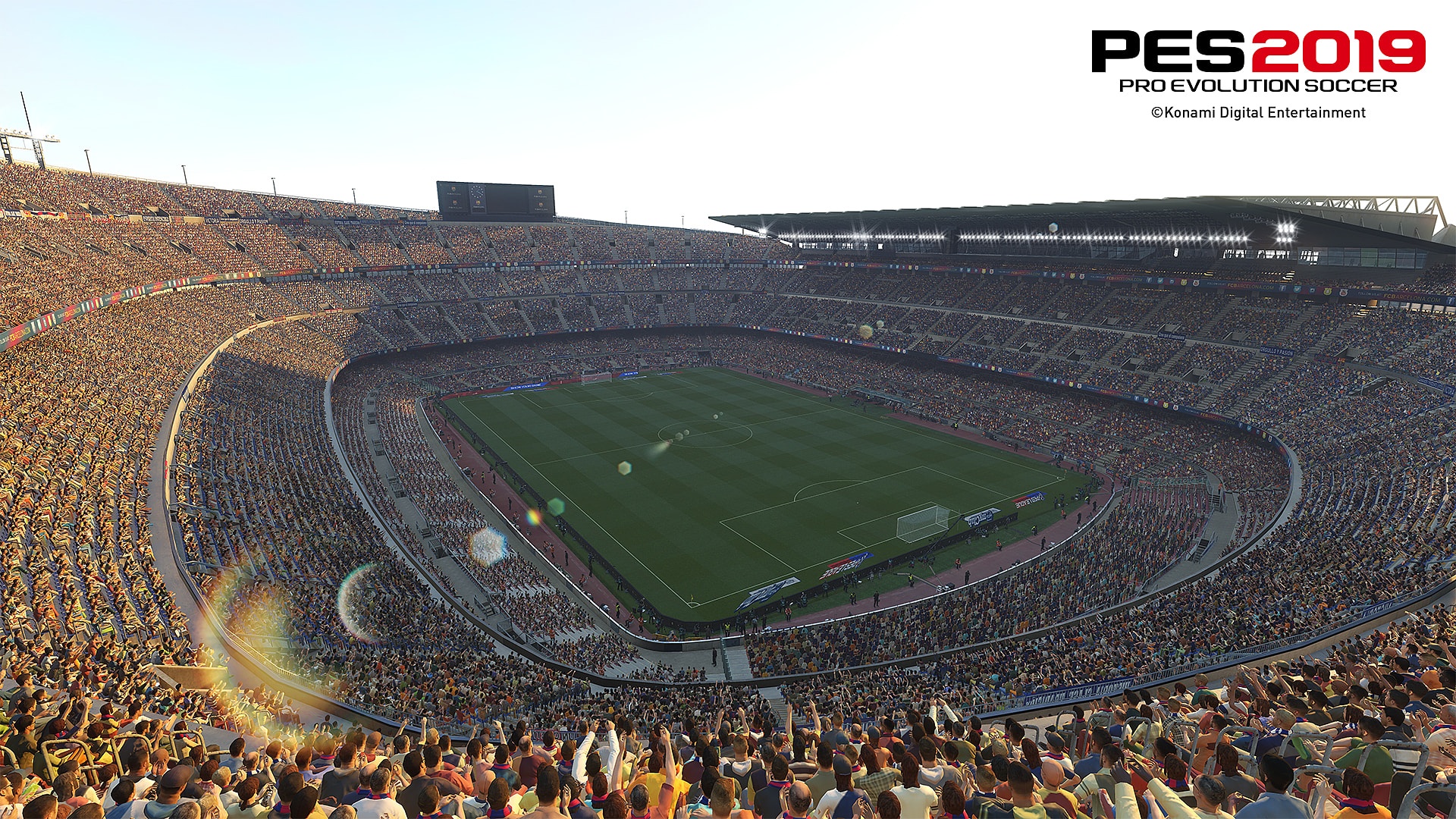 Sure, the lack of notable improvements behind the scenes are certainly disappointing and the continued use of those horrendous looking menus remains genuinely baffling, but once you’re back on the pitch, all of those problems and legacy shortcomings begin to drift away as the quality of the football itself once again comes to the fore. That is especially true of the all new Magic Moments, something that yet again separates the more casual football fan from the kind of hardcore followers of the sport that Pro Evo 2019 is so eager to court.

Their implementation isn’t made hugely clear, but the best players out there are imbued with one of 39 unique traits that not only affect their specific game, but can also have a direct effect on the players around them. Whether it be the more individual attributes applied to players such as Kevin De Bruyne that allow him to deliver powerful rising shots that are both more difficult to stop and look absolutely fantastic, or the team specific improvements delivered by players with captaincy attributes coming on to the pitch and raising the energy levels and reducing the fatigue of the players around them, these unique and often subtle player skills and abilities really do make Pro Evo’s player individuality more apparent than ever before while adding an added degree of tactical nous to an already tactically rich experience.

Pro Evolution Soccer 2019 lacks the kind of headline features that will invariably make FIFA 19 so easy to sell to the masses, but the changes made here – the refined pace, improved animations, largely outstanding AI and genuinely brilliant Magic Moments – all combine to deliver the most authentic, realistic and tactically rich football game ever released. At its best, Pro Evolution Soccer 2019 is the game fans have always wanted it to be, and while that level of quality isn’t evenly distributed throughout the game, out on the pitch, it remains the industry standard. It’s a shame that more hasn’t been done to close the gap on FIFA behind the scenes and the loss of the UEFA license in undoubtedly brutal (the inclusion of the Scottish, Argentinian and Turkish leagues etc certainly don’t make up for the loss – unless you’re a Motherwell fan I suppose), but as always, it’s down to what matters more. If it’s the online experience, wealth of options and licenses, FIFA will still be your game, but if it’s the football itself you’re interested in, accept no substitute.

If it’s the online experience, wealth of options and licenses, FIFA will still be your game, but if it’s the football itself you’re interested in, accept no substitute.