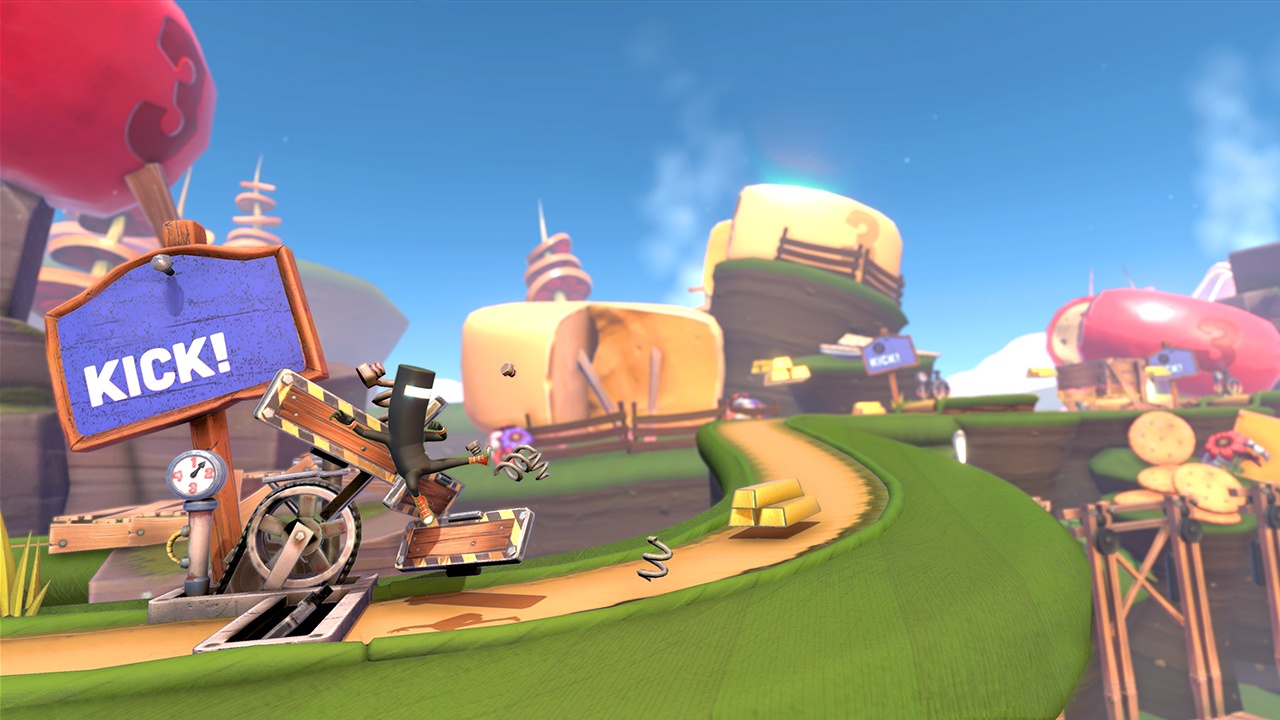 I was always a huge fan of rhythm based games. In fact, at one point I was so obsessed with them that I’ve spent a month straight trying to get to top 100 on each and every song (including the DLC) on The Beatles Rock Band. And while with time this obsession first spiraled out of control, as I was pursuing ever more difficult goals such as becoming number one player on the song ‘One’ of Guitar Hero: Metallica, then just as quickly it has also unfortunately fizzled out, as rhythm games quickly became a thing of the past. And while there were still indie rhythm games out there, such as the now iconic Bit.Trip.Runner, then unfortunately I was forced to simply look at them through the proverbial glass, as they were all unavailable on my console of choice – until today.

Runner3, while being a current gen title in more ways than one, is not what’d you exactly expect from a game released in 2018. Especially after considering the fact that most games, even those belonging to rather linear and simplistic franchises, have been expanded upon in terms of mechanics, structure, and narrative. But where others have decided to go big or go home, Runner3, or rather the developer behind it, decided to stick to its Runner roots, instead of trying to fix something that ain’t broken. And this means that Runner3, just like all its predecessors, is a rhythm based, finite runner, which has you avoid numerous obstacles as the Runner makes his or her way from point A to point B.

At its core, Runner3 is incredibly simplistic. And while it picks up in difficulty as it goes on, then even right at the very end, its gameplay is reduced to jumping, sliding, dashing and barging through obstacles. And while Choice Provisions has tried to spice things up by adding alternate routes, vehicles, and quests to the formula, then all those ultimately are still all about jumping, sliding, dashing, and barging through obstacles. One could say that there is nothing wrong with that, as ultimately that’s what the Runner series is, and always was about. But if you look even at games such as Tetris, which had received multiple, successful themed iterations over the years, it just seems a little disappointing that the developer behind Runner3 did not try to get out of its comfort zone for the sake of progress. 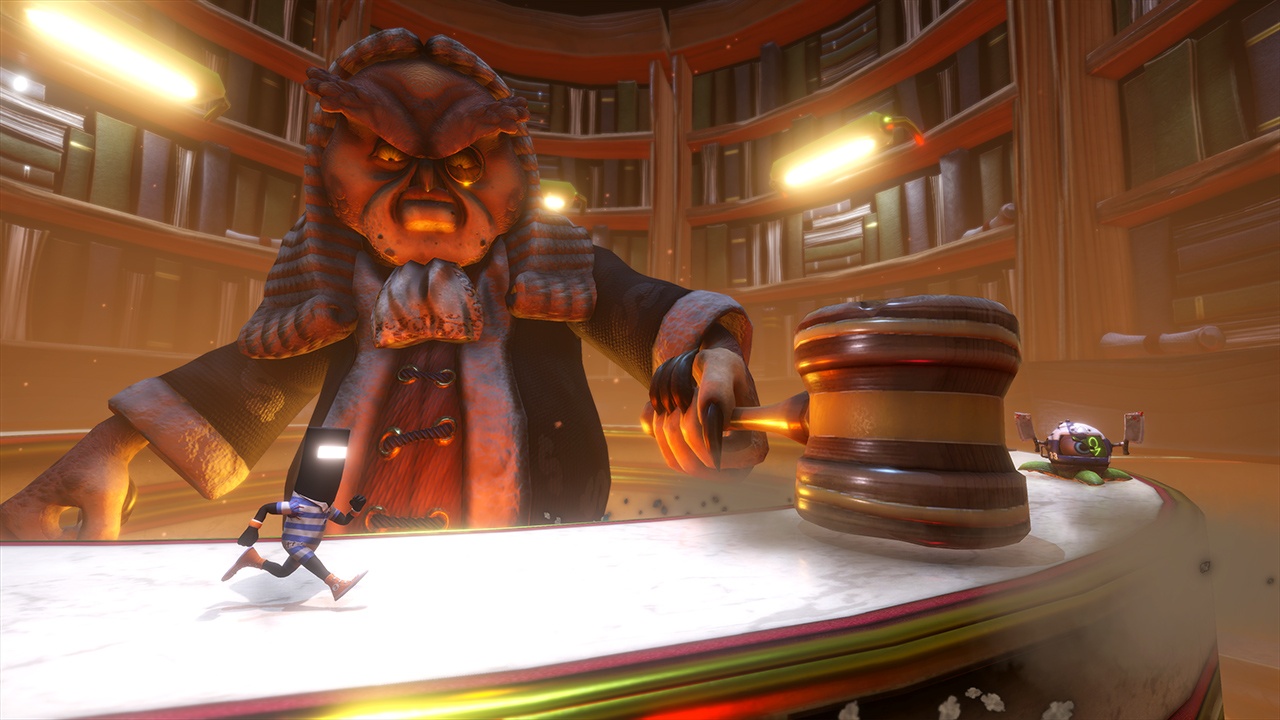 It is possible to talk about what a game could be for hours, if not days on end. But as Runner3 is already a retail product, then it is important to assess what is already there. And while the title’s contents are not exactly original, or groundbreaking, then they still are largely enjoyable and immensely engaging. Sure, there will be some people out there, who will call Runner3 ‘a game for kids’, but such statement could not be any further from the truth. As in reality, Runner3 is hellishly difficult, and most if not all grown men will struggle with it in the long run. And if you see yourself as a completionist, then you should prepare yourself for a world of pain, as Runner3 will not give you its coins, bars, and gems without a fight.

Runner3 can at times be immensely difficult due to its punishing nature. But its difficulty, unlike the one of the original Dark Souls, does not stem from poorly implemented mechanics, or technical and mechanical imperfections, but from thoughtful, and at times even malicious level design. Meaning that even if you’ll fail dozens of times within the same section you will never blame the game, the controller, or even your TV; and you, and you alone will be responsible for each and every single failure. And this is rather refreshing, especially in an age where most games source their difficulty from rather illicit and downright crooked methods of game design.

As mentioned above, Runner3 is not an unfair game. And as much as this can be attributed to its level design, then it has to be said that title’s controls also play a meaningful and rather significant role in all this. And they do so by simply being impeccable, as Runner3 has absolutely no artificial input lag. Meaning that whenever you press the button on your controller, the character reacts instantly. And even if you mash multiple buttons one after the other within the latter stages, the controls are still absolutely watertight. And at lest to me, this is the most impressive part of the game, as I haven’t seen a title be this responsive for a very long time – if at all, this generation. 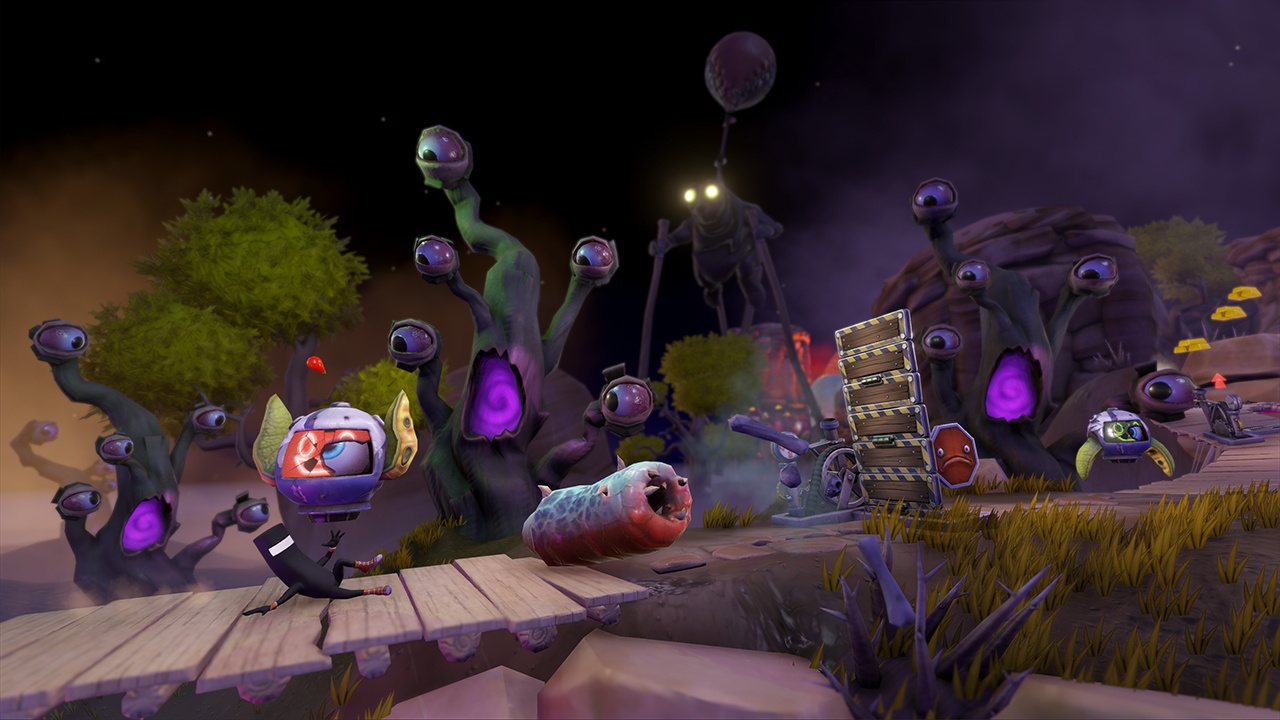 Runner3, is by no means a game for absolutely everybody. As its punishing difficulty, and repetitive nature will put off many Sunday gamers in a blink of an eye. However, this already miniscule number of potential players gets even smaller when you add into the mix the fact that Runner3’s soundtrack is no exactly, as I like to say, ‘All that’. And what I mean by this is that Runner3’s core sound design, is rather cutesy, and does very little to push you further as you stumbles across each and every stage. And while it does suit the title’s aesthetic to a t, then it is rather hit or miss. And unfortunately, for most it will be more of a miss, rather than hit. As it simply lacks the intensity which a title of this kind and caliber should possess.

Runner3 may not be the next big step for rhythm based action games, but it is a title which most grassroots players will absolutely fall in love with, as it just more of the punishing fun, which those who player Bit.Trip.Runner and Runner 2, are already familiar with. And while even some casual players will be able to have some fun with this particular game, then unfortunately, as it was already mentioned previously, it is simply not for everybody. As just like the band Ween, Runner3 is a rather eclectic mix, which will just not sit right with most of the gamers. But fortunately for it, its rather limited mass appeal does not take away from it in any way, shape, or form.

Runner3, is an eccentric and eclectic rhythm game for which you’ll need an acquired taste, in order to enjoy it in full.