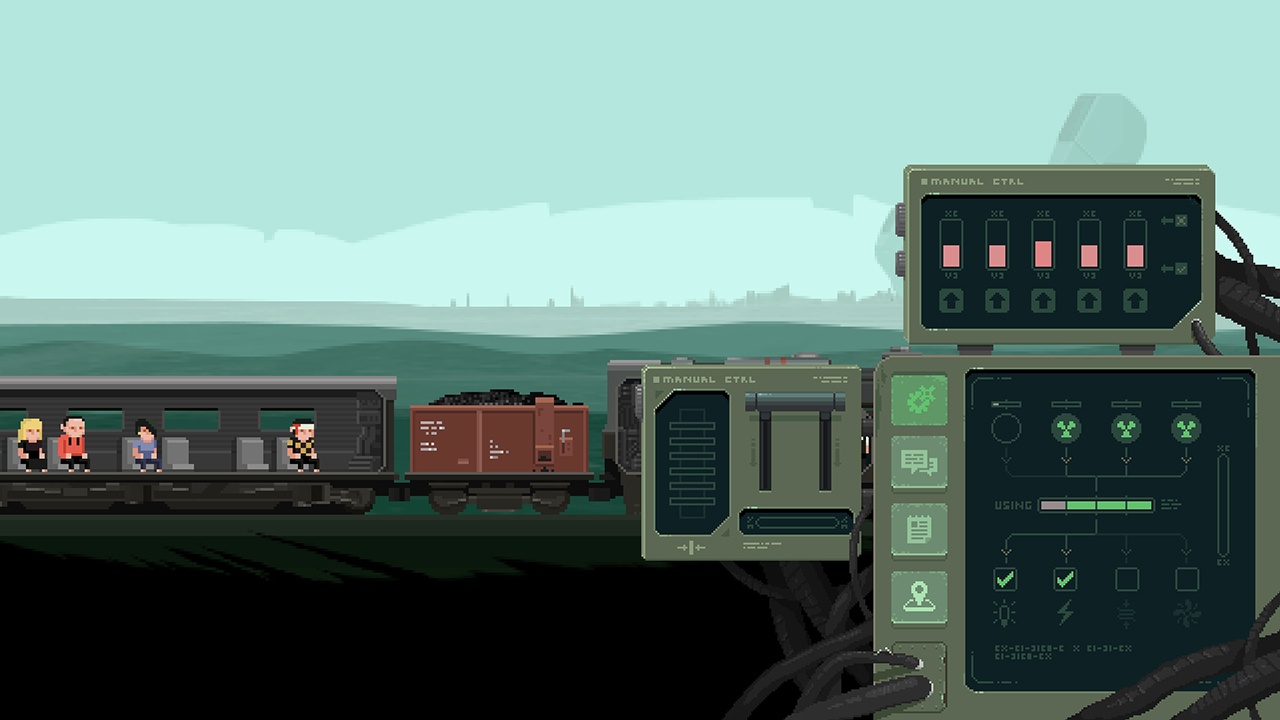 How do you envision the end of the world? Sure, it’s probably something you don’t spend a ton of time contemplating every day, but the thought had to have crossed your mind at some point. Some people think about a massive event, such as a supervolcano or solar flare, that takes out most of humanity before anyone has a chance to react and do otherwise. But there are a fair number of people who believe the end will be a gradual, terrifying thing that consumes us, bit by bit, until nothing is left. The Walking Dead certainly painted an amazing scenario of what civilization turns into once the dead begin to feed, and it’s been the measuring stick against what many modern “zombie” scenarios are compared. There will always be some new and horrifying facet to consider, however, and that twist is what fuels the vessel known as The Final Station.

The Final Station is the tale of The Conductor, a man running a train between stations in the years after the first wave of an affliction has turned people into faceless, shapeless beings that attack without warning and want to consume everything. The Conductor has only one job: keep the train moving. Along the way, he may pick up other survivors, and then he is tasked with making sure they stay alive, at least until they reach their next station. One day, the Conductor has a new cargo to pick up, something that may provide hope for humanity, and he sets out on his route to pick up a power supply for The Guardian, which will, effectively, make sure everyone is safe from further spread of the affliction. But the Conductor cannot see the future or the past: he is only trying to keep everything running, everyone moving, in the present. So how could he possibly know what lies on the tracks ahead?

Atmospherically, I would say The Final Station is, hands down, one of the greatest entries into TinyBuild’s collection of games. Having elements of both Train to Busan and Snowpiercer, The Final Station creates a world that makes the entirety of a global crisis boil down and focus only on what’s happening within the train. Being able to only stop at every station and see the extent of the destruction – once bustling and teaming buildings, now vacant save for the dead – is utterly creepy and well presented in the pixel art format. The music is very low-key and works in a haunting, menacing fashion from start to finish. Even the gentle clacking of the train as you push ahead really helps target and fill in the silence for what everyone knows they’re heading towards: annihilation. Even with a core story element of hope, everything feels hopeless, from start to the bitter, bitter end. 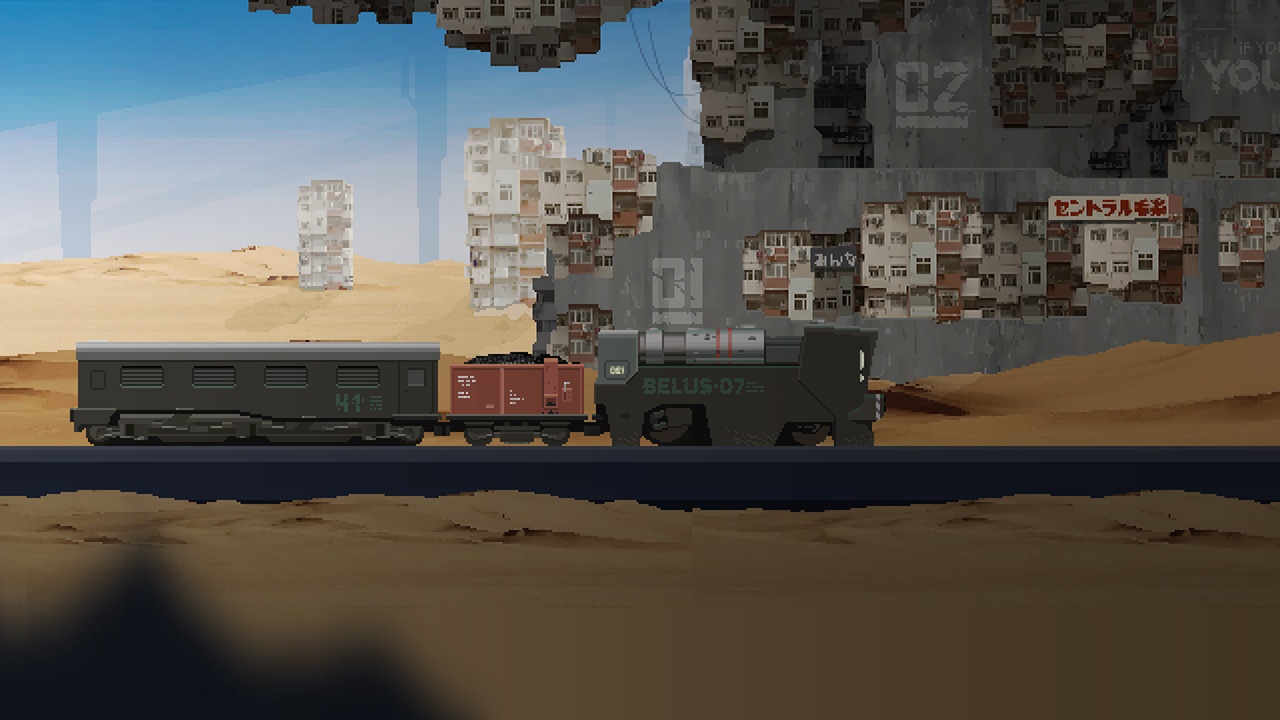 As for the gameplay, The Final Station’s main storyline has moments of greatness that are sometimes overshadowed by the overall effect. The game is effectively divided into two equal and active parts: on the train and off. When you’re off the train, the game becomes a tense and exciting scavenging mission, requiring you to explore the deserted and dangerous stations to find supplies and also discover the secret code that’s needed to unlock the tracks and allow passage into the next area. This is some of my favorite type of anxiety, because the demons very rarely can open the doors themselves, that’s all on you. But you also can’t see through the doors, so you never know what’s going to be waiting for you. A player will quickly get into the habit of opening a door while actively walking backwards, and you may even find yourself firing bullets into nothing in sheer anticipation of shambling death.

The zombies that you encounter are different levels of awful, from simple walkers to sprinting balls of madness and even the occasional “I’m not dead yet” beast that needs to keep coming at you. Since you’re very, very reliant on your weapon to stay alive, counting bullets and making every shot important becomes key to your survival, because there aren’t nearly as many bullets left in the wild as you’d like. Not to mention zombies like to crop up in unlikely places, like an abandoned bathroom or deep in a subterranean bunker. This makes sense once the true nature of the zombies is revealed, but, for logical players, it’s a damn pain in the ass and you’ll be screaming at the Switch how zombies shouldn’t be waiting in such places.

I did love how the stages and worlds are set up, because these tunnels of basements and multi-tiered homes speak a lot to how this particular apocalypse unfolded, and how people really tried to defend themselves in the most natural ways they could think of, and how, ultimately, it wasn’t effective in the least. You’ll find yourself plumbing the catacombs and exploring rooftops all in the name of keeping your whiny, ungrateful passengers alive, which, sadly, brings me to the second part: train maintenance. 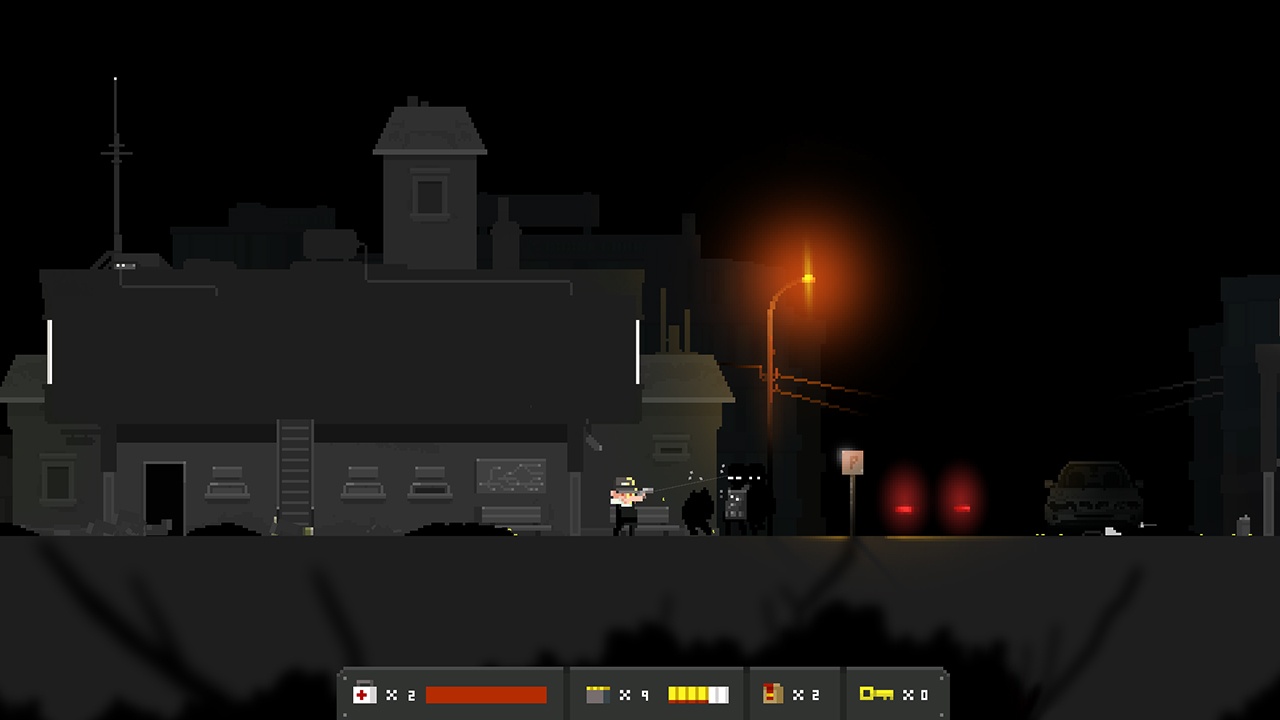 Since this is a train that’s both a sanctuary and a vessel, you find a lot of your time on the train spent running around and attending to everyone and everything that you could imagine. The Final Station asks you to make sure the train is fueled, nothing overheats, the breakers are set properly, oh, and that all the people you’re shepherding off to their next location don’t die of something on the way. It’s the worst part of Oregon Trail: needing to make sure food, drink and medicine is in ample supply for a bunch of people you sincerely don’t care about. It’s really important, too, because, since the Conductor doesn’t speak, you need these folk to give you information and help paint a picture of the outside world. Moreover, there are some NPCs you gather that are 100% needed in order to move the plot forward, and you may paint yourself into a corner when you auto-save at a station and don’t find/have enough to keep someone alive. Now you’re game over in a bad way and you gotta start over from the beginning. Thankfully, this is a rare occurrence, but damned if it didn’t happen to me at least once.

One really nice thing is Do My Best made sure to bake in the DLC for The Final Station into this Switch release, a standalone, parallel story called The Only Traitor. If you find the setting and idea of the Conductor and his train a bit blase and kind of unrelatable in terms of storyline, you may love the ever-living hell out of The Only Traitor. Not only is the protagonist very vocal, it’s a significantly more believable storyline in my own heart. Working to bring about some kind of magical mystery to save everyone? Screw that, I’m heading to the only shelter left in the damn world. The Only Traitor also takes out the train and replaces it with a sweet ride that you can only fit one other person in at a time, so you can pick and choose who you’re going to save and bring along. This is really cool, as it adds a whole new level of variety in terms of narrative and your own ideology to the game. Not to mention that it fills in some crucial gaps in the main storyline, like why the hell did everything go to hell. The monsters are a bit different, your combat approach is different…honestly, they could have released this as a standalone game and it would have done well, but as a DLC tied to The Final Station it makes for a full package of storytelling.

There are some flaws in The Final Station: I hate keeping the train running, some of the monsters are damn unfair, and I really wish I could just slam doors shut once I realize the wrong treasure is behind it. But the atmosphere and the world is just so frigging compelling, and I love the way everything is handled and presented. If you’re also down for some serious end of the world mayhem and want a great “All Hope Is Lost” setup, then strap in: we’ve got room for one more in the passenger car.