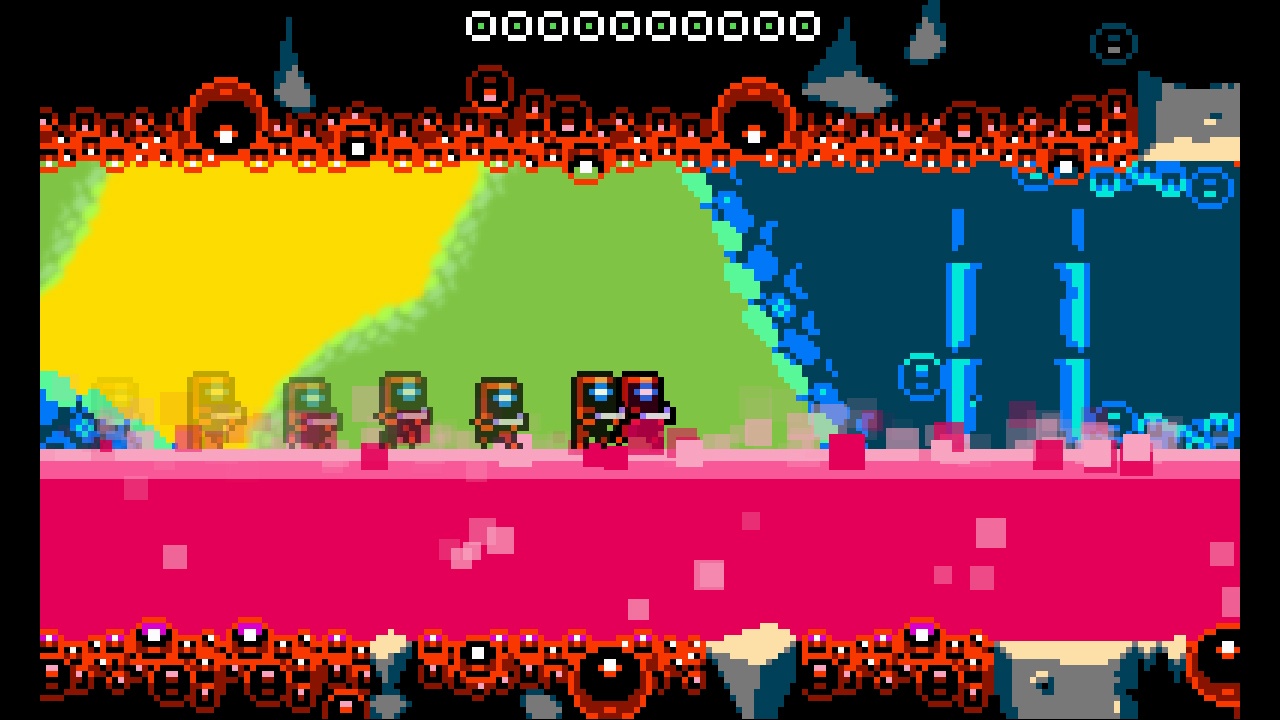 There appears to be a lot of indie games being made at the moment. Quite a few make up for their lack of graphical prowess with fun gameplay mechanics or an engrossing story. Many of these indie games seem to be populating the 2D platformer genre, a genre that was very popular in the eighties and nineties and seems to have had a resurgence on the latest hardware in recent times. Xeodrifter is the latest title trying to garner your 2D platformer attention although it’s got a lot to live up to if it’s going to stand up from the crowd.

Xeodrifter is a 2D side scrolling platformer which takes you across four planets. Your spaceman has an issue with his spacecraft and can only travel to four nearby planets where the ingredients he needs to fix his spaceship can be found. You can visit the planets in whichever order you want, Xeodrifter is quite non linear in its design. However you soon realise that at the start there’s only so far you can progress through each planet unless you discover some gear that will allow you to explore the planets further. For example, there are various sections that contain water so you need to discover the power up that allows you to traverse through such an obstacle. It’s quite a clever idea, because it forces you to travel between the planets to uncover the power ups needs to explore one planet in its entirety. 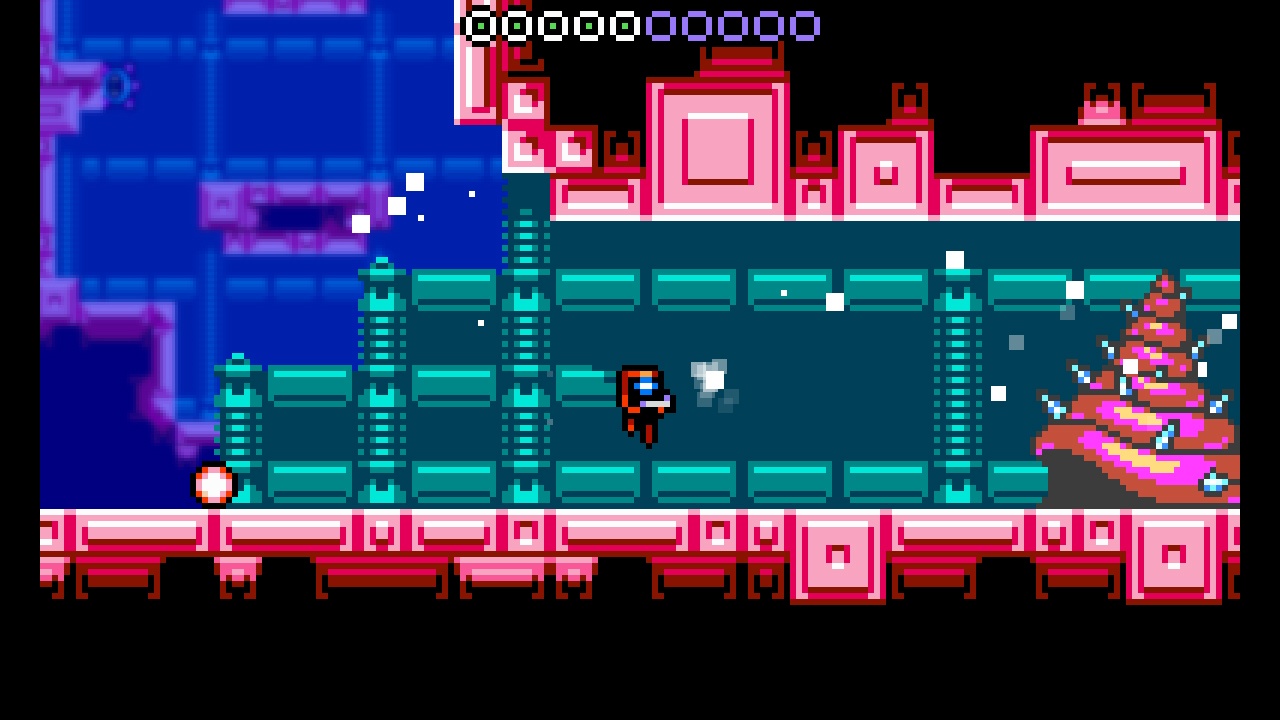 Your character has a very limited move set, they can move forward, jump and shoot but they can only shoot up, down, left and right, yes that’s right you can’t shoot diagonally. This is when you realise how basic Xeodrifter is to play. You move from one area to another until you meet the boss enemy, when you beat the boss enemy you are rewarded with a power up such a submarine that will allow you to access previously inaccessible areas. The issue with Xeodrifter is that throughout it just feels like a repetitive chore, when you discover something new then you’ve discovered a new repetitive chore. The enemies lack imagination, their attacks are easy to get to grips with but hard to beat. It’s the same for the boss enemies, they have a very limited amount of moves which are easy to identify and but are hard to defend against.

Xeodrifter  tries to make things hard for you, you will die many times because you only have a limited set of lives which is made frustratingly harder by the lack of checkpoints. However with enough practice you’ll easily complete Xeodrifter because of the repetitive nature of the enemies, it becomes more trial and error than you actually using your brain. There’s quite a fine line between a game being challenging to play or a title that is tedious to play, unfortunately for Xeodrifter it tends to fall on the tedious side more often than not, it’s simply just not that much fun to play. There are some enemies who are very difficult to beat, luckily you can choose to not get involved in an altercation with them. 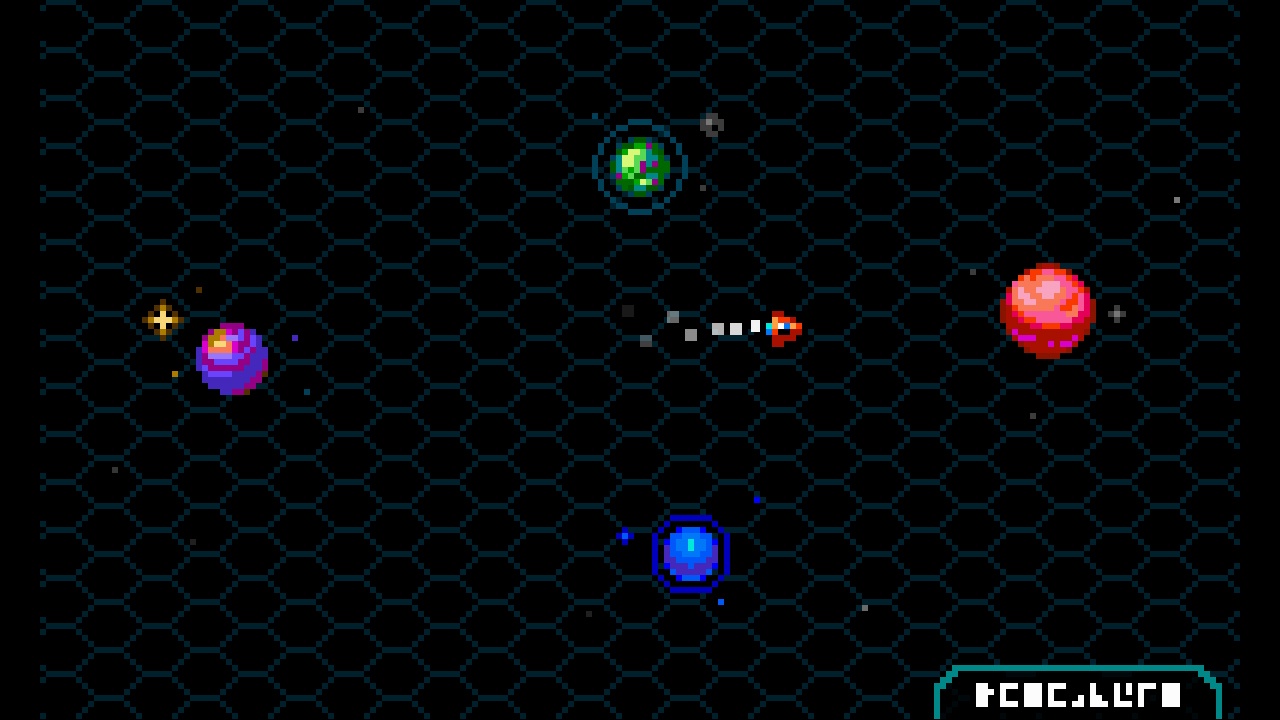 Graphically Xeodrifter goes for a retro style which does bring back memories of the 8 bit era, it adds some nostalgia to the proceedings which you will surely appreciate if you remember those days. Each planet reflects what you would expect from an 80’s looking game. It definitely gives Xeodrifter that desolate sci-fi feel but it just looks a tad on the bland and uninteresting side. Your character is a cute little spaceman but he isn’t that charismatic whilst the enemies you’ve seen before but again it keeps with the sci-fi look. The music is the usual space platformer sounds and it does suit the retro style of Xeodrifter however it’s just been done better in many other similar games both old and new.

Xeodrifter is a reasonable title that brings back experiences from a far simpler time but as a PS4 game it’s just not that much fun to play compared to something like Shovel Knight. Xeodrifter goes for an 80’s feel and succeeds in delivering that to a point but it lacks that certain something to make it stand out from the crowd. It may not quite boldly go where it wants to be but there’s certainly something a little bit interstellar about Xeodrifter. So if you fancy a challenging platformer then Xeodrifter may be worth a light year or two of your time.