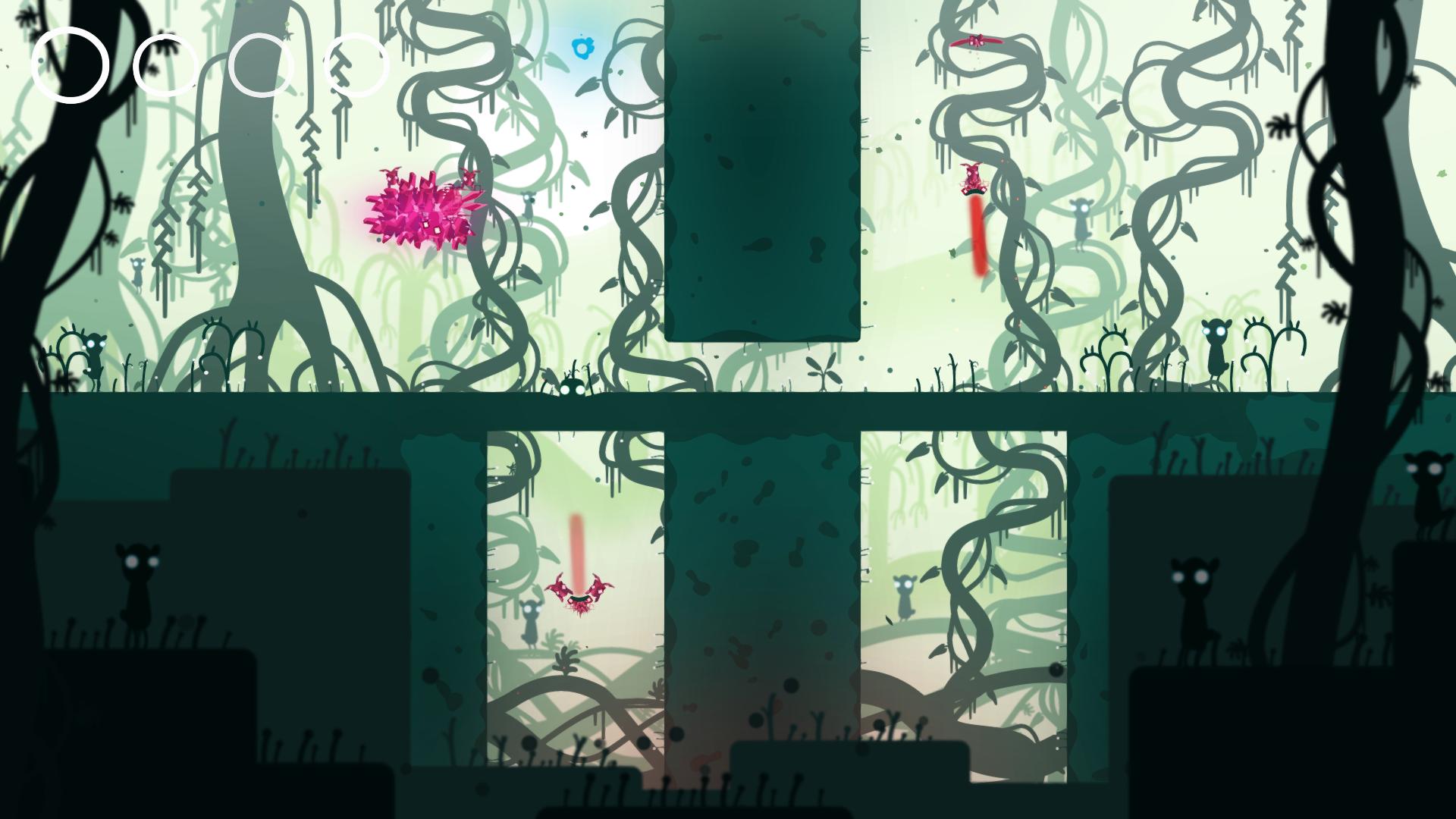 Semblance is a treat, with interesting and innovative gameplay coupled with a non linear story line, this 2D platformer refuses to be confined by the traditional definition of gameplay. Bringing a concept to realisation this well reflects the effort publishers Gambitious have poured into this title and hopefully that comes across as you play this must have addition to your collection.

The main plot follows a little purple blob who lives in a “world where the default is soft, where the property of ‘hardness’ doesn’t exist.” A strange crystal infection has begun to spread across the world and it’s up to you to find out what caused it and to stop the threat by collecting orbs and restoring worlds to their original state. There are three worlds, each with a decent amount of levels for you to play through. These levels are represented by giant trees, with the story coming to light through paintings you discover on walls throughout your journey. There isn’t much to say about the character as they are just a small blob on the screen, however I enjoyed this as I could add my own personality onto it, making it feel more like a first person adventure rather than following a characters footsteps. This feeling is amplified by the non linear story line so you are figuring out the story on your own path. 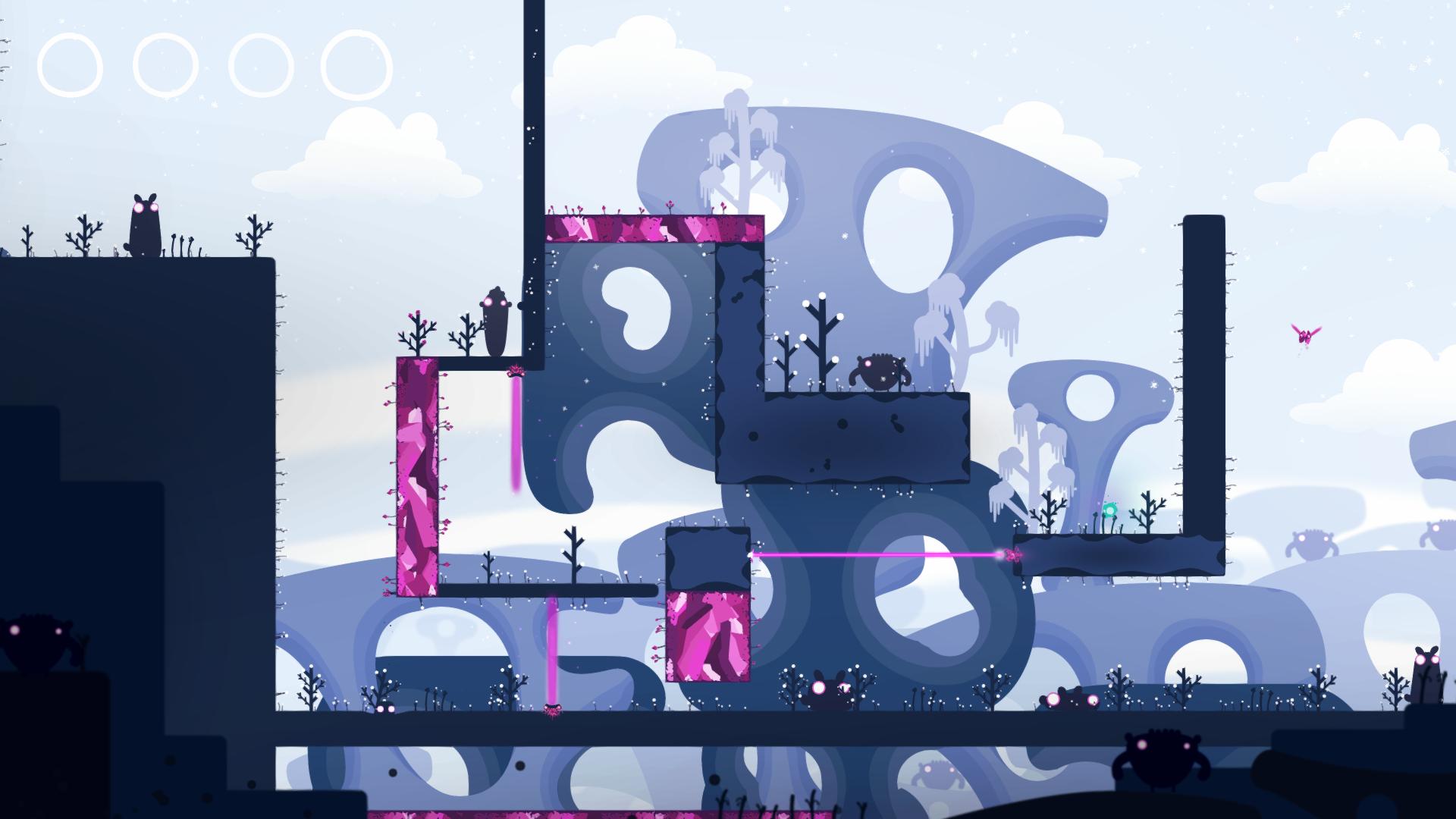 The design aspects of the game are all crafted beautifully. The worlds all feel different yet blend together to keep the overall aesthetic of the game. Colourful landscapes featuring purples and greens and blues which all lend to a slightly unsettling and supernatural atmosphere. Semblance uses the unique feature of ‘deformable terrain’ which basically does what it says on the tin. Almost all of the walls and platforms can be warped and moulded in order for you to make progress and to reach collectables. This is one of the most enjoyable design aspects of the whole game as it adds a whole new level to the platformer experience. Instead of figuring out how you are going to respond to the world, you have to figure out how the world is going to respond to you. Sometimes it can feel obvious and structured as to how a puzzle is supposed to be solves, however more often there are various ways for you achieve your goal and it can be fun to go back and figure out other ways of achieving the same result. The music and sound design are done really well and do a great job of creating a creepy atmosphere, reflecting the infection of the world around you.

The gameplay is addictive, but can also be infuriating at some point. However some people will argue that’s just a sign of a good platformer. As you begin the game, you gain your abilities to warp the world, as well as return it to its original form. These mechanics come naturally as you play, and take no time to get used to. Little tricks such as making the floor lower to get past, or creating a ladder in the side of a wall so you can get higher. The warping feature also works a bit like a double jump, and who doesn’t appreciate a double jump? Like in all platformers, there are hazards for you to avoid, coming in the form of the crystal infection which will instantly kill you if you come into contact with. Other obstacle, such as lasers and beams that mean you can’t warp the world are slowly introduced as you just get the hang of the last challenge, so you are always progressing in terms of skill and the gameplay doesn’t become stagnant. 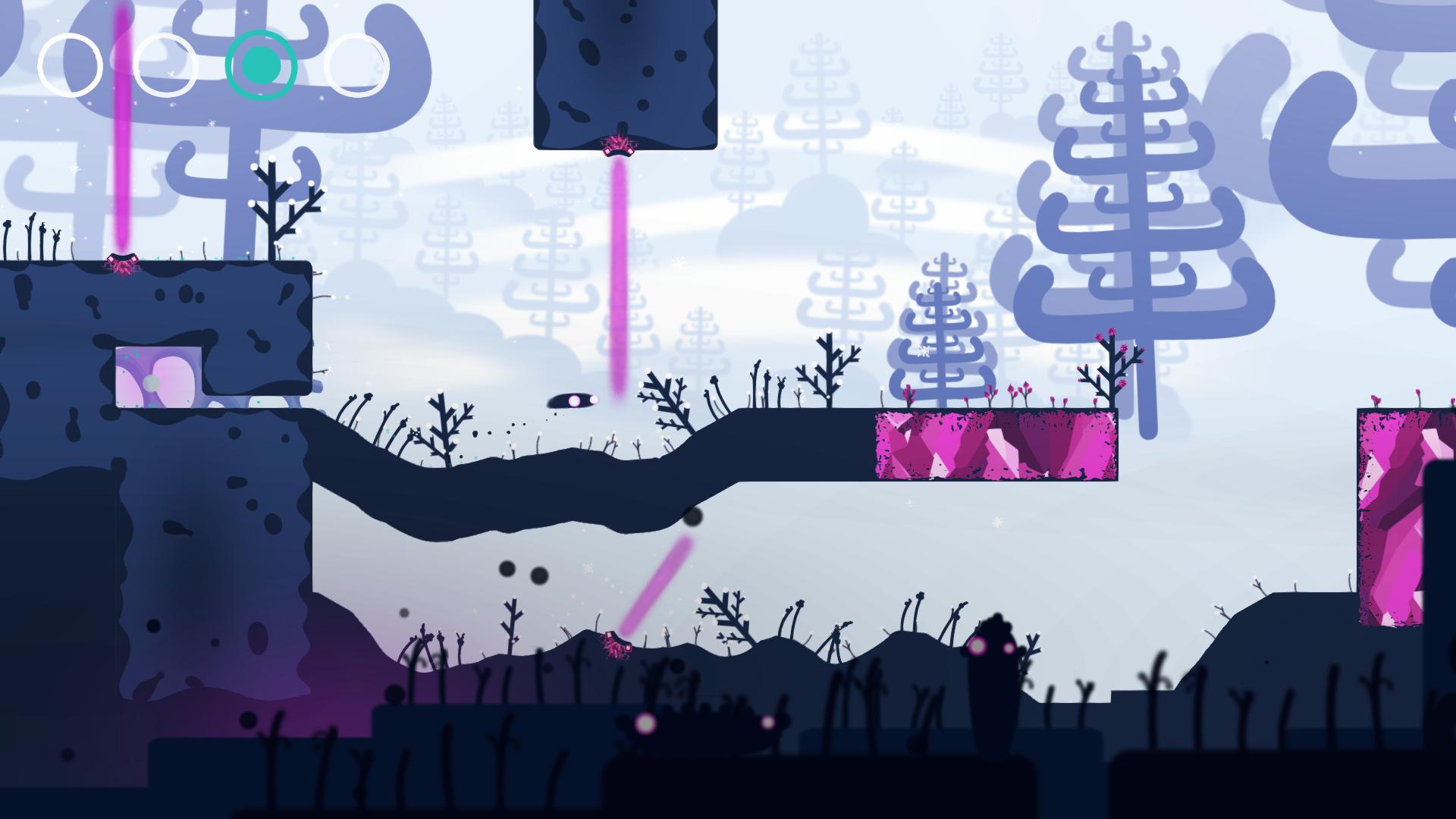 Semblance is a great and innovative platformer. Introducing an original and well realised concept and creating such an addicting and fulfilling gameplay experience around it is something that should be highly commended.