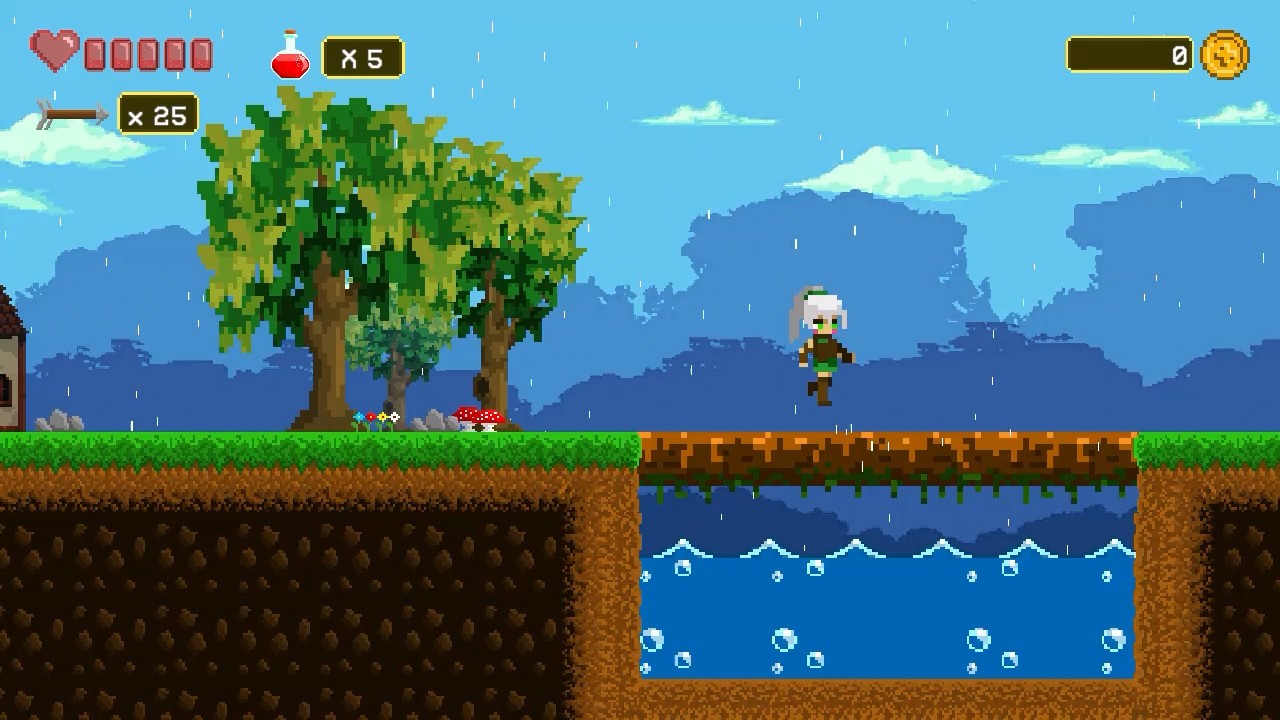 40 levels of platforming action adventure, a hero prophesied to save the world, retro style graphics… Alone and even together these aspects might make a generic run-of-the-mill platformer, that’s just another cog within the indie retro-revival. However, here they come together to make Valentina. Developed and Published by Brazilian company QUByte Interactive, Valentina is a newly released game for the Nintendo Switch, but within a genre that’s becoming more saturated by the day can Valentina stand out for its originality, or is it destined to fade into obscurity.

Let’s begin with the plot, the story centres around Valentina, a young warrior who sets off to save her parents and brother, when they go to combat an evil force that is threatening their world. As her journey progresses, we learn the threat is four dark warlords who are seeking to bring upon the end of days (think 4 horsemen). During her journey Valentina learns she possesses the ability to wield all four elements, subsequently discovering she has been prophesied within scriptures to be the world’s savour. This sounds somewhat generic, admittedly this plot of a chosen one has been done to death, with the elemental elements immediately making most readers think of the Avatar Series I’m sure. Thus, whilst I acknowledge that the plot isn’t wholly original, it is entertaining and mostly immerses you within its created world. 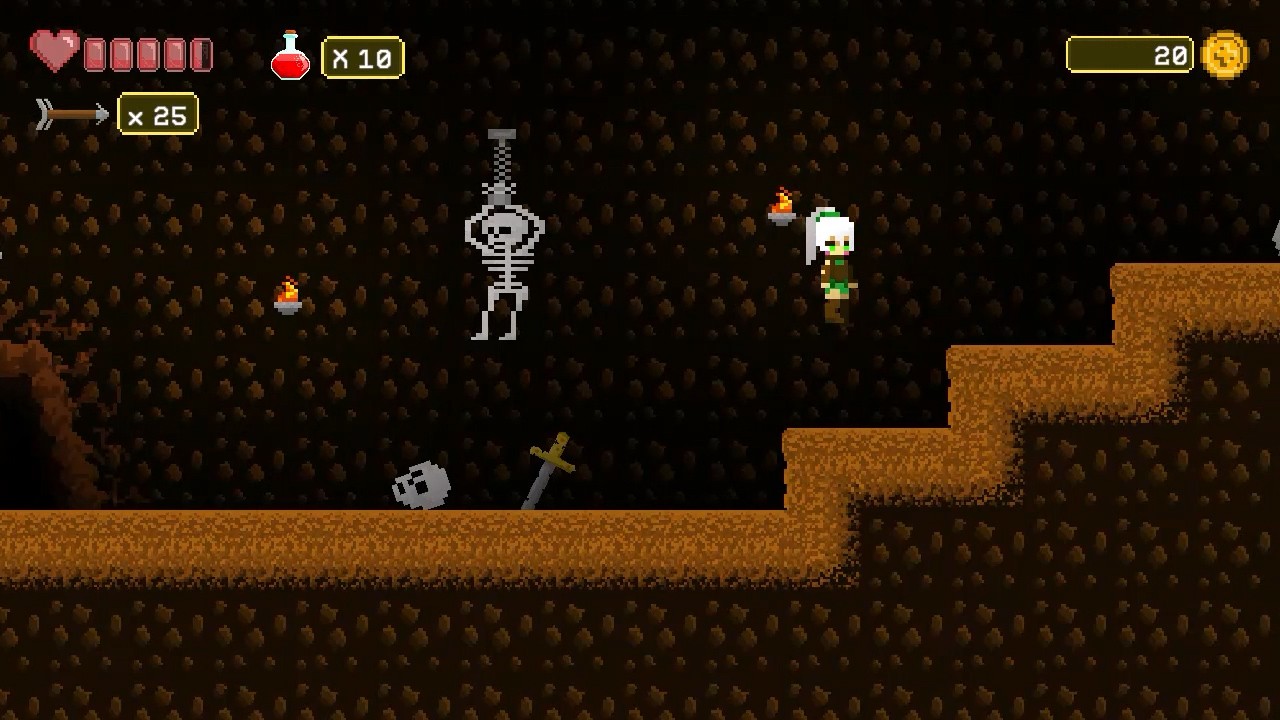 The gameplay doesn’t need to be explained in detail, I’m sure everyone is aware how platformers operate at this point. What I will say is that whilst the game offers 40 levels, it shouldn’t take you longer than 5 hours to complete. I was making notes whilst playing, and naturally had to pause and play, completing the game in around 4 hours. Some readers may find this disheartening, but for a game that’s currently priced at £0.85p, you’re getting a lot for your money’s worth. But as for my critiques, they are the general critiques that can be expected whilst playing platformers, and that is the gameplay becomes repetitive. Thankfully, this doesn’t happen right away, completing the different elemental tasks keep you preoccupied for the most part, but around 2 hours in things start to look similar and feel similar despite being ‘different levels’. This is a recurring issue I find with a lot of games that fall under the indie retro-revival, and I just wish there would be something to change things up. Even if that meant lessening the amount of levels.

Now, I want to dissect arguably the weakest part of the game… its combat. Even calling it combat may be a stretch, because fighting EVERY enemy can either be avoided or cheated. To avoid any attack, by any enemy all you have to do is jump, that’s it nothing fancy or complex just jump, and the damage will be neutralised. Then there are the boss fights, again if they can even be called that. If you want to throw yourself into action and take on the boss head on then go for it, however you can just stand slightly closer to a wall where the boss never comes close to (for some reason) spam attack, and then they’ll die without even coming close to you… Not joking, it’s that simple. Initially I thought maybe it was a glitch with one boss fight, but when it continued to happen, it just made me hyper aware of how lacklustre the combat system really was.

Let’s talk graphics, because this is by far my favourite aspect of the game. The areas you explore just look really cool, I enjoy how the different elements affect the surrounding areas. It all felt really cohesive and well thought out. I would highly recommend playing this on the handheld device, rather than the television screen, for me, it not only really adds to the nostalgia factor but also just works better in my opinion, it feels as if it were customized to be a handheld game. One thing I had an issue with in relation to graphics, was the character design for Valentina. Similarly to my critiques on platformers, I found her design very generic. It didn’t stand out and gave me Link from Zelda vibes. I don’t know if this was intentional, but there is a fine line between homage and copying. 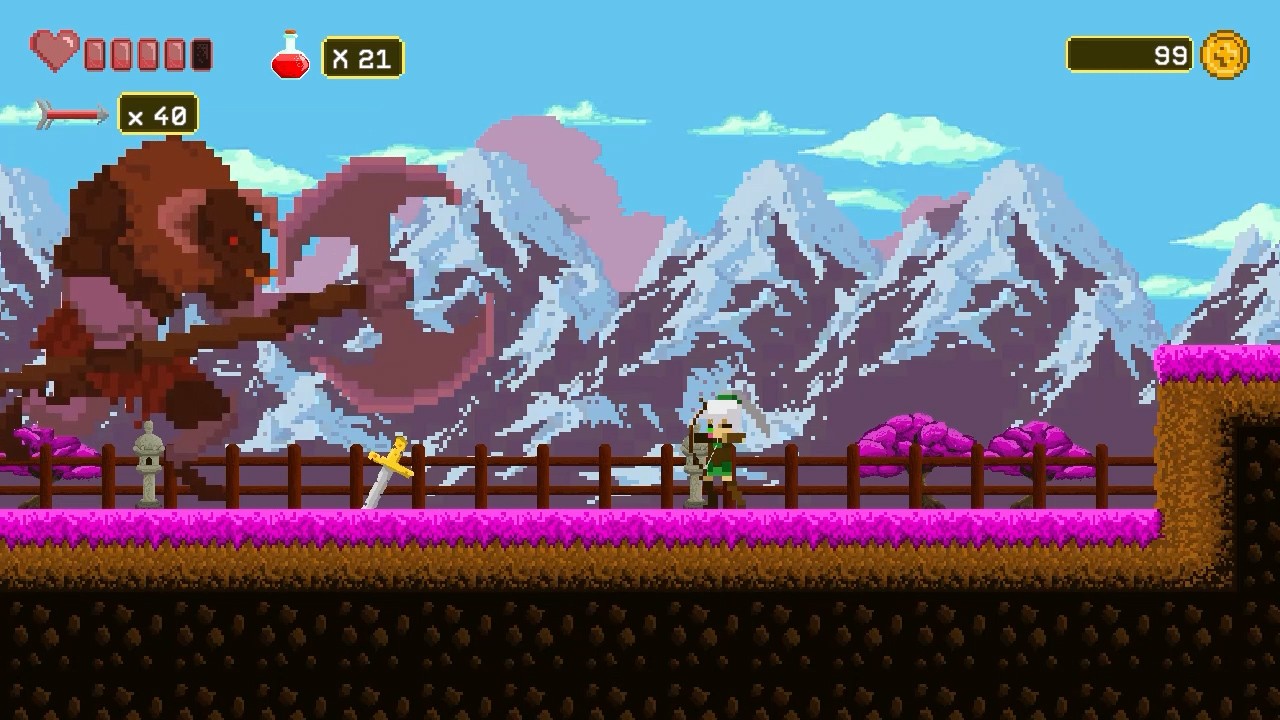 If any of you have read some of my previous reviews, you may know how I often find gaming soundtracks very annoying and grating. So much so that I often find myself playing games on mute. However, I LOVED the soundtrack to Valentina, the music was very ethereal, and added another layer to the mystical world, and what can I say I’m a sucker for world building. The sound effects are limited (so expect nothing too grandiose) but in my personal opinion, this made me enjoy the game more, because again, not to beat a dead horse, but I can’t stand annoying sound effects or music… So a message to Valentina’s sound design team THANK YOU! This was such a strong aspect of the game!

To conclude, Valentina is very much a mixed bag when it comes strengths and weaknesses. There are aspects of the game that I find highly original and innovated, whilst others just dampen its potential. However, again, I must acknowledge that for its price, you do get a lot out of Valentina. I would recommend giving this a go if like me, you enjoy the warm comforts of nostalgia, because this game made me feel as if I was 7 years old again, playing on my Gameboy Advance!

A prophesied hero must arise and save the world from the devastating forces of evil!