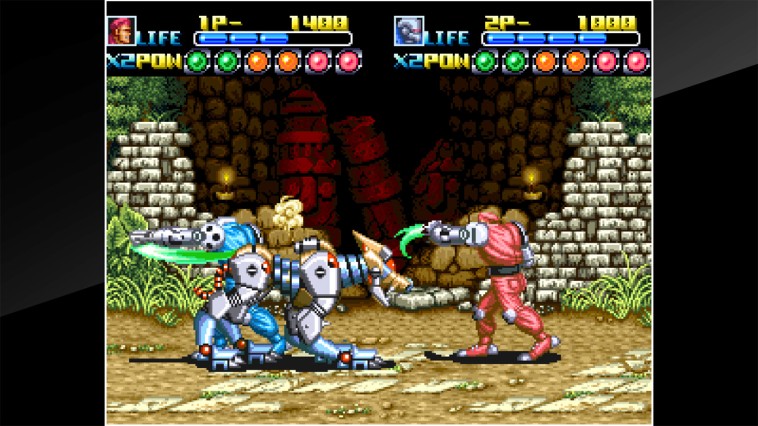 Robo Army is a sidescrolling beat em up in which two police officers are changed into cyborgs by a scientist named Jeed, who wants to make the titular Robo Army. The cops, Maxmia and Rocky (seriously), escape before they can be turned into mindless drones and vow to defeat Jeed, especially once they realize Jeed kidnapped his own daughter. I mean, I guess you can kidnap your own adult kid, but it still feels weird. Anyways, Maxima and Rocky throwdown to destroy every baddie in Neo Detroit (of course this is in Detroit) and save the day. If this all sound ridiculous, it’s because it is, and I don’t know if Robo Army has the charm to carry the insanity.

As far as beat-em-ups go, Robo Army is pretty vanilla, almost to the point of being bland. You can walk left, right, up and down, and you punch. If you jump, you can also kick, but I discourage this because it’s not very effective and I felt the kicks were often inaccurate. When you get close enough, cops can also grab and throw enemies, though the exact window for this wasn’t totally clear on me: I sometimes felt I was punching through enemies instead of simply grappling them. Some objects can be picked up and used as melee weapons, such as discarded pipes and ripped off cyborg arms (awesome). Others can be thrown, like barrels and cars. In terms of simple combat, Robo Army isn’t phoning it in per say, but this is all already old hat but without some of the more interesting ideas like combos or real variety in the damage.

The third button on the controller is dedicated to a powerup move, and I actually liked this a bit. There’s a gauge that tracks how many of your six power slots you’ve used, and the action you take varies on how many powers are left. With five or four in reserve, a giant arc of energy sweeps the screen and basically destroys almost everything (and significantly weakens bosses). Three and two are spiffy balls of energy that are mostly accurate, though you have to throw them like hadoukens and have some kind of aim. The last two are just this super powerful punch that doesn’t have a lot of tactical advantage but feels like a good “last ditch” kind of move. Thankfully, the game is pretty generous with dropping power rechargers, so you’ll rarely have to deal with the lesser of the power attacks. 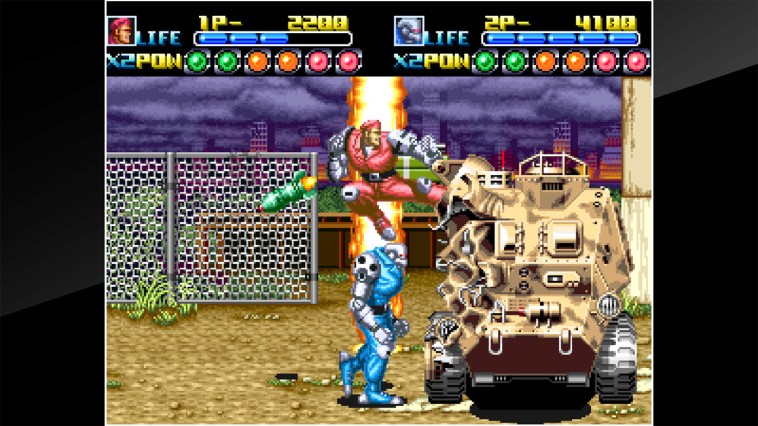 There’s also a chance to “supercharge” in Robo Army, which causes your player to transform into a car. I mean, a cool car, but still a car. And not a car with guns, rockets or the ability to fly: you’re basically just a hovering car (cool enough) whose superpower is running over bad guys. Which you can do with alarming success. I don’t understand how someone designed a killer cyborg militia that was hellbent on taking over Neo Detroit and then the world, but didn’t design them to be more impact resistant or even a bit more agile to avoid oncoming, relentless traffic. I know it’s Neo Detroit, but I feel like remembering the sheer number of cars, the civilians who don’t want to become android slaves, and linking the two as a defensive strategy would be FIRST on your list.

Once you’ve gotten your head around the basic concept of the game, Robo Army barely has time to really try and get you engaged before it’s over. Despite a cool idea, there’s a lot of banality that takes place. Firstly, once you’ve played through the first level, you’ve seen all the varieties of enemies you’ll see for the remainder of the game. Yea, robo birds and dogs are cool at first, but everything else is just a different colored robot, some who shoot and some who punch. The bosses are certainly different, with a couple of spiffy designs (I liked the roadster who turned into an ED-209), though it’s obvious that’s where a lot of creative energy went. Not to mention that beating the bosses and most enemies is just a matter of “hit first.” 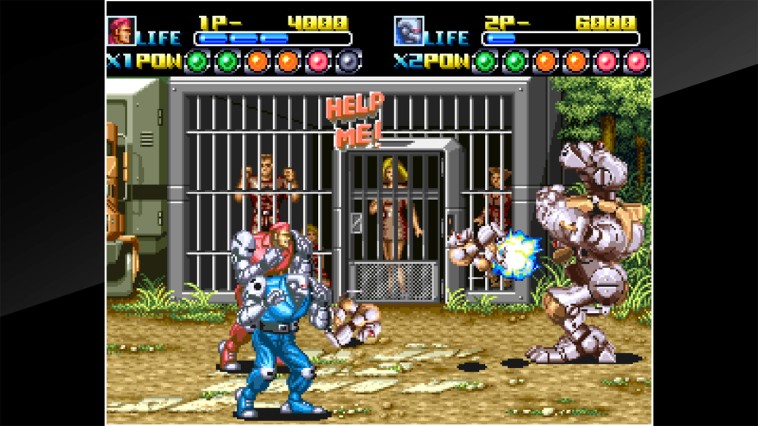 I think that was something that drove me a little crazy. There seemed to be a coward killswitch in every enemy of Robo Army. Far from the normal mindless grunts that just keep coming until you overwhelm them, you had to get every single enemy dead to rights the first time you engaged them. Otherwise, if you interrupted hitting them before the deathblow, they would immediately flee and regroup, which feels like smart AI at first until you see it imprinted on every single enemy. Then it’s just the opposite problem of most other beat em up games, which still makes it a problem. I had one boss who’s whole strategy was “get punched three times and then sprint to the other side of the screen.” I didn’t take a single point of damage, and I suck at these games.

The soundtrack is entirely forgettable. Far from being good or bad, I left the game convinced I had just heard the Sonic 3 soundtrack. Then I went back, played some more, and thought it was Mega Man 5 instead. The point being that the music for Robo Army, like so many other points in the game, is just being “generic.” If you confuse one thing with another game, it’s a similarity. If you confused multiple things, it’s a copy.

I don’t think it was possible to really make shovelware for the NEO GEO, not as we know it. It was too expensive of a console to throw literally anything on, and SNK had the advantage of testing some of these games out in arcades before bringing them to home console. But Robo Army has a lot of trademark stamps of something being rushed and dumped. It’s a concept that had been done before, even done before on NEO GEO. The characters and plot could have been inspired by anything. Combat is weak, graphics are ok, and the whole game can be finished in less time than it takes to watch an episode of West World. If you must continue the NEO GEO collection and want to try every brawler there is, then grab Robo Army. But if you’re looking for a fresh take on literally anything, then this title simply doesn’t compute.