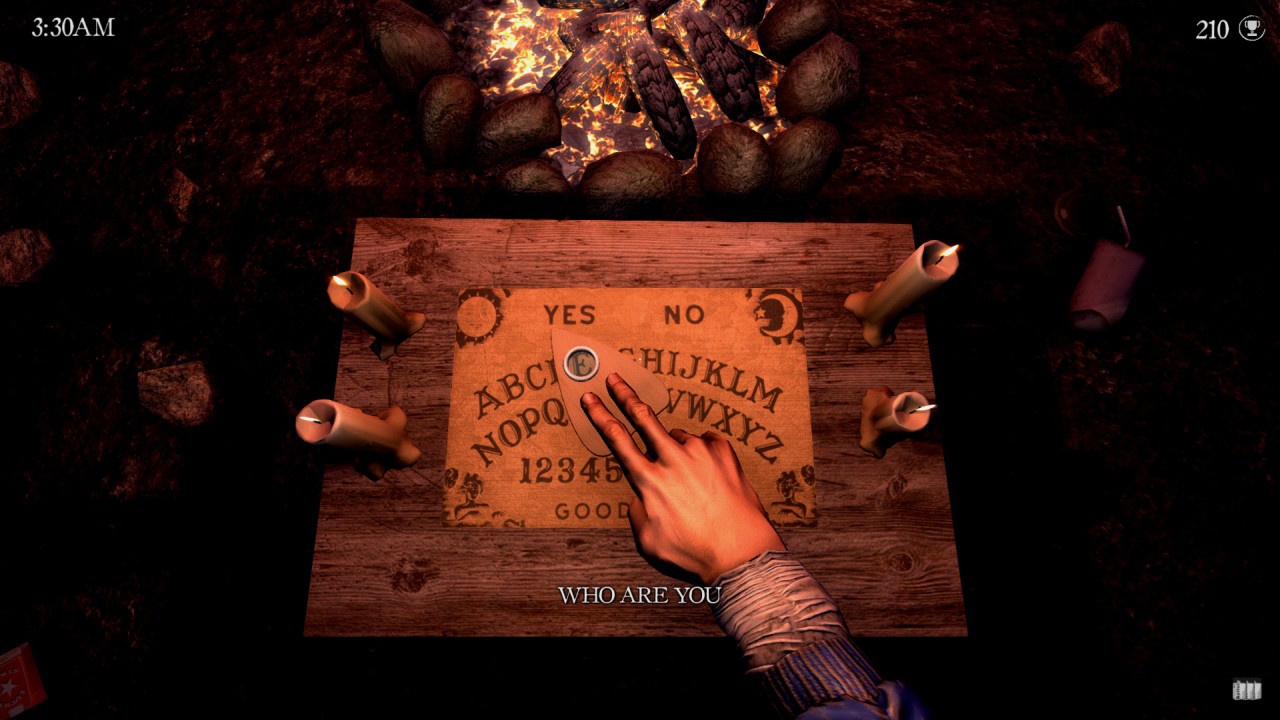 Horror games, a barrier for many because of its scary proposal. I’m completely passionate about the genre, but I’ve been noticing lately that developers have focused too much on investing in moments of jumpscare, this existing even in titles considered as “psychological horror”. It’s a little complicated to make people understand that psychological disturbance occurs through fear of the unknown, imminent danger and similar. Therefore, I disagree too much when someone says that jumpscare is an honest type of terror, since I consider this a very unfair tactic of delivering a sudden burst of emotion to the player along with a high-pitched sound.

Apparition is a horror title that calls itself a horror game with survival mechanics, and to some extent it does what it’s intended. Here, you are a character with paranormal characteristics, and also who can communicate with spirits. Your main companion in Apparition is going to be the Ouija board and your real-life headphones, the latter serving especially to hear footsteps over long distances from approaching creatures. The proposal here is very simple: Apparition presents a menu with several selectable equipment that cost experience and slots in your backpack. This experience is gained by collecting evidence of paranormal activity during gameplay, whose mechanics is practically the main focus.

There’s only one single scenario available: the forest. As soon as the game starts, after a very long loading screen, the protagonist begins his too-quick-adventure holding a candle and his camera. It’s necessary to explore the place and find support to put down the Ouija table and start your talk session with spirits. Apparition allows us to type personalized messages for ghosts, as well as use pieces of sentences ready for the scenario that are nothing more than shortcuts of short questions so that the player does not have to write them manually. I confess that this mechanic seemed interesting, but I quickly noticed that the answers given by the spirit are nothing more than randomness and often nonsense. 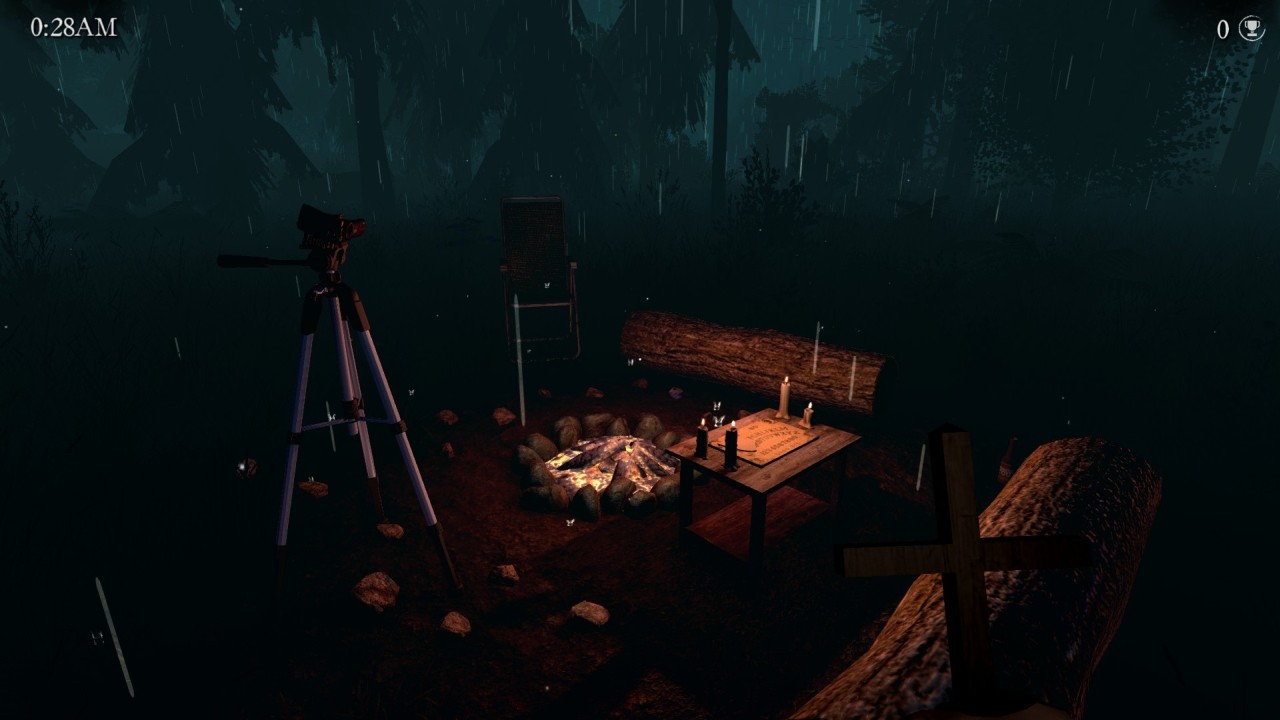 I often asked questions like “are you there?”, And the answer was “tree” or “next”, so I ended up getting the same answers by asking different questions like “where are you?”. Sometimes these interactions make sense, but immersion quickly falls off as it’s extremely noticeable that the amount of responses is very limited. In any case, these questions asked and answers received through the Ouija table guarantee experience points for the player – if you record it with a recorder camera – and are by far the biggest source of acquiring these scores. Other than that, we can also take pictures of places with bloodstains, which provide a small amount of experience making it very clear that the main focus is the Ouija table.

If the player wants to finish the stage and get the experience points to spend later, it’s necessary to return to the car at the beginning of the scenario and interact with it. If any creature manages to kill you, all the hard work is lost, practically a reminiscent of Rogue-lite mechanics. Although it sounds interesting, there’s not much to do in Apparition and the gameplay comes down to that: collecting evidence, acquiring experiences and buying better equipment to keep exploring and repeating the cycle. 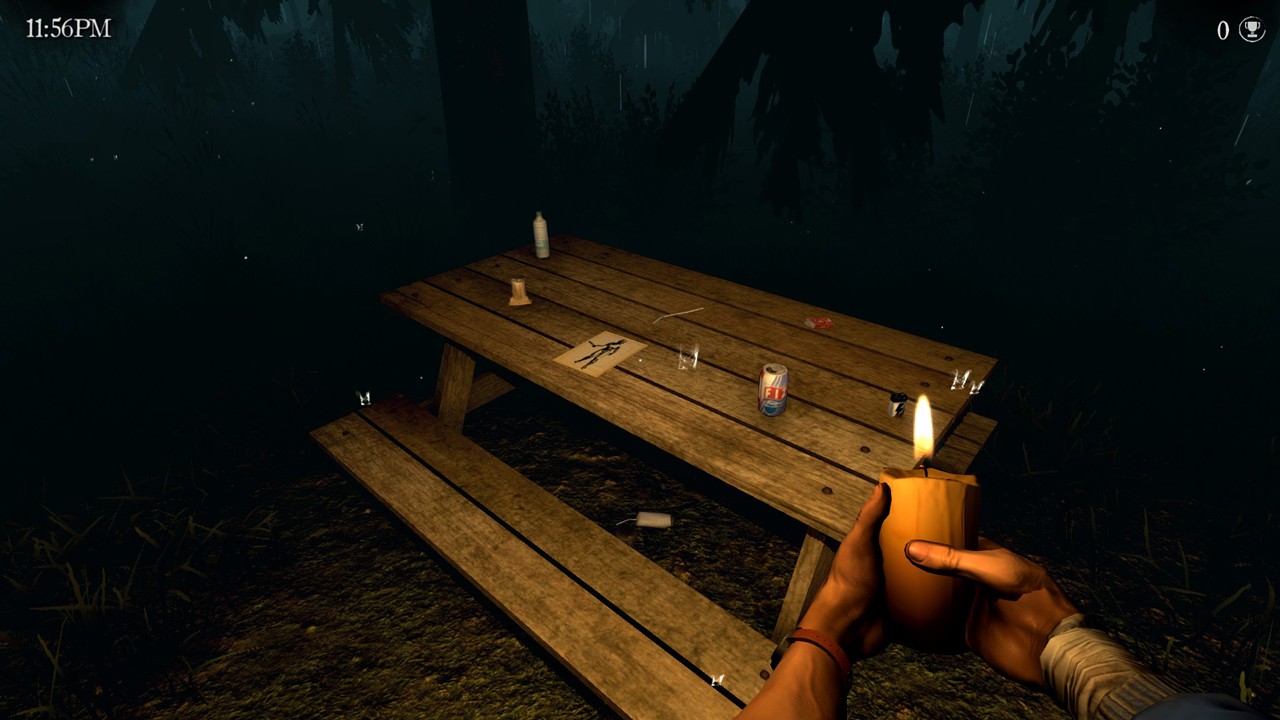 The main reward in all of this is quite superficial: leaderboards. Yes, your maximum score acquired in the stage is sent to a world leaderboard, on which you can simply compare with other players. Nothing innovative, but mostly well without purpose. Therefore, it’d be more appropriate to say that Apparition is an arcade game with very light survival mechanics, since the only element that makes the connection with this last term is the crafting present in the basement of one of the forest’s houses. Other than that, it’s also possible to find batteries to restore your camera energy, but nothing special. The artificial intelligence of the creatures is also very weird, and mysteriously they seem to pass through walls, as they often just came out of nothing to inside a house – it seemly was not from the door’s direction.

The Nintendo Switch port runs relatively well most of the time, but leaves a lot to be desired when using the camera, since the framerate goes to around 20 fps. There is also no way to change the settings of the controls, and it’s quite annoying that you have to click and hold the left stick in order to run. Not to mention that the visuals are completely dark, even with the brightness of the Switch at maximum, and this only gets worse because there is no option for manual adjustment of brightness in-game. Finally, Apparition ends up disappointing because it is very shallow and basic, besides having no real purpose to continue playing after a certain point. It’s fun in short bursts and it shouldn’t last more than two hours without losing its potential, not to mention that the game still appeals to jumpscare instead of applying some psychological terror, even with an option in the menu to turn off the jumpscares – what are the effects again? Who knows, but maybe with a future update its appeal will be better.

Apparition ends up disappointing because it’s very shallow and basic, besides having no real purpose to continue playing after a certain point. It’s fun only in short busts and it shouldn’t last more than two hours without losing its potential.