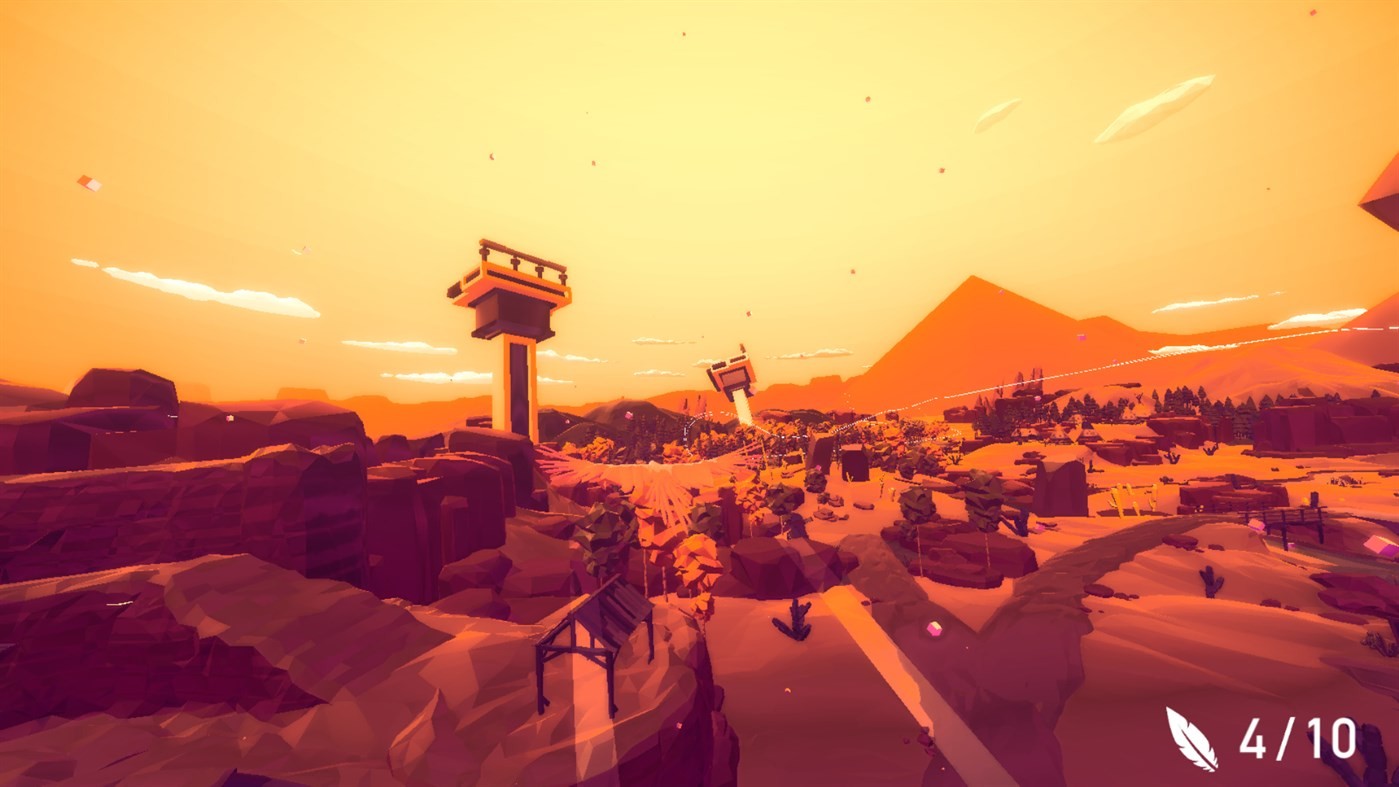 Aery – Little Bird Adventure a game developed by EpiXR Games, a small development team who were founded in May 2019. The team is responsible for other titles such as Tanky tank and Death Gasp. Aery is coined as a peaceful exploration game; you take control of a small bird who decides one day to discover the world. Playing this game is supposed to help you to relax from the hassle of everyday life, whilst immersing yourself in the beautiful and atmospheric environments whilst enjoying the freedom of flying.

As I flew around an almost dreamlike landscape I should have felt free, relaxed and in awe of the image that was set before me. Unfortunately, this never happened. The details in the environment were blocky and outdated, the use of small feathers that were camouflaged with the background made the stage target a chore. I found it very difficult to look at anything, the developers had me desperately focused on a game of hide and seek. The only time I was truly free to enjoy the world around me was when I decided to forget the feathers and explore the level. Upon looking at my environment I realised quite quickly why it was better to be centrally focused on the task at hand, the level design was outdated. It felt to me that it was designed for the xbox 360. Graphics aren’t a make or break element for a lot of gamers, so this probably won’t impact on a lot of players’ ability to enjoy the game.

The exploration genre is a tricky beast to master, with so many different elements to balance perfectly to create the desired outcome, in this case I believe the developers just miss the mark. Instead of allowing the player to focus on the free movement of the map you feel restricted to focusing on the level’s goal. If they implemented the ability to complete different tasks to move forward rather than hunt down a specific number of items then I would have felt more at ease, this could have easily been achieved by simply adding more feathers in the world. 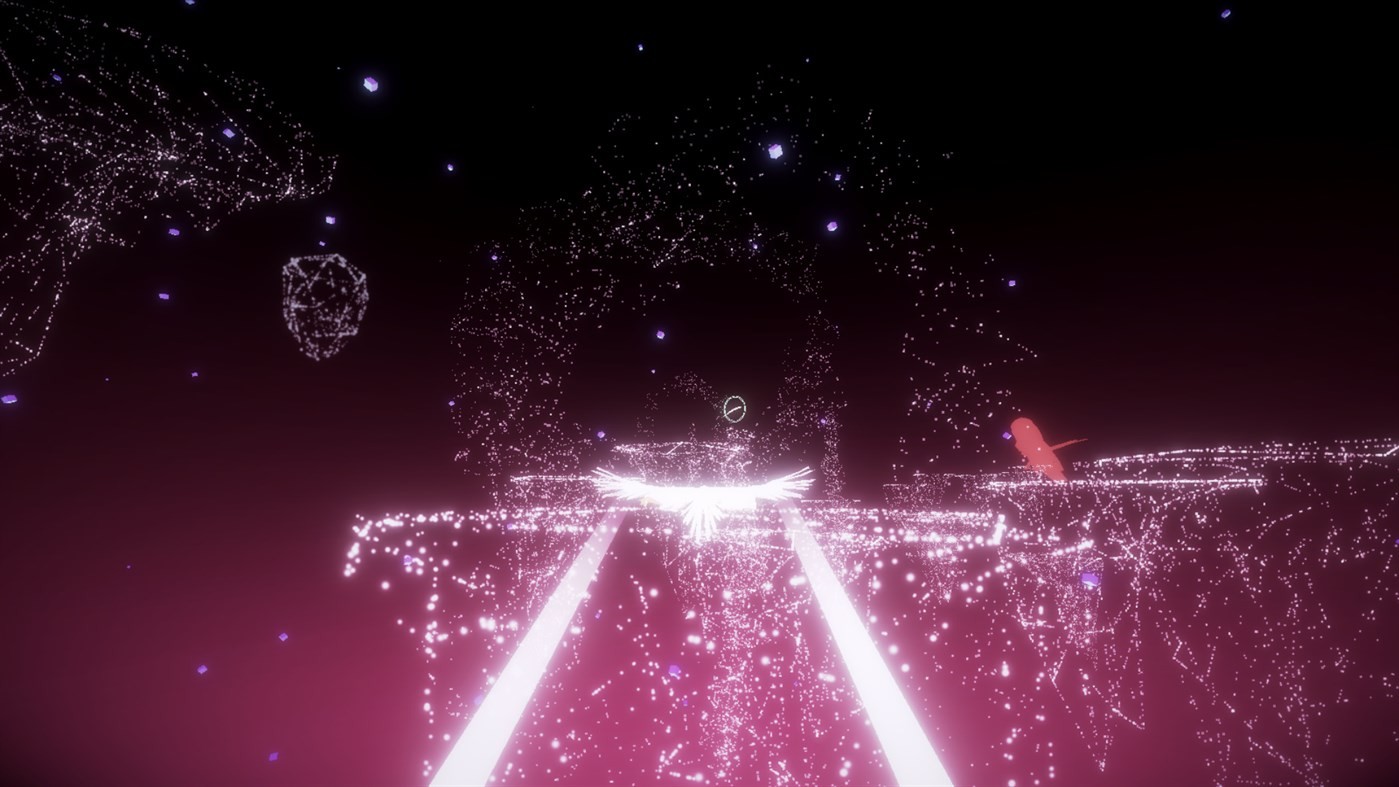 The title is broken down into 8 very short stages, approximately 30 to 40 minutes of gameplay. Level 1 and 2 were actually not too bad, you finish level 1 with a surreal image of a giant Owl who enables you to wake from your dream and set you on your journey of discovery. Level 2 which is effectively the start of the rinse and repeat gameplay that has you exploring the game’s simple mechanics, whilst listening to the oddly constructed 80s soundtrack. As a child, I watched a number of cartoons where audio would be placed in a loop, and backgrounds would be repeated with minor tweaks, this was done partly due to the technology that was available, partly cost, and finally a lack of creative input meaning they had run out of ideas. EpiXR Games unfortunately appear to have fallen into this trap. The stages look different, but the method of exploring is exactly the same, so the gameplay quickly feels stale. The same song is played through every moment of the game, I had to take my headphones off, though the song wasn’t terrible, it just wasn’t pleasant hearing the same track on a loop. As with the graphics this won’t prevent you from enjoying the game, I just wish a number of tracks were chosen to accompany the game.

The control system is as basic as it comes, which is a good thing, as you’d expect this from a simple game. No change of speed, or action functionality, just control with the left analogue stick and spin with the bumpers. The spin move was enjoyable, swooping through caverns and under low bridges was enthralling, and a distraction from hunting those pesky feathers. I do feel that they perhaps should have added an ability to increase and decrease speed. I regularly misjudged an approach for a feather due to flying too fast, this led to me either having to fly around and retry capturing that elusive goal, or amusingly crashing into the scenery and having to respawn at the beginning of the stage. The lack of free camera movement was a bugbear for me, I expected the right analogue stick to be able to pan the view, however, the game would not let me observe my surroundings unless I was flying directly towards them. This lack of freedom really impacted on my ability to absorb myself in the world around me. 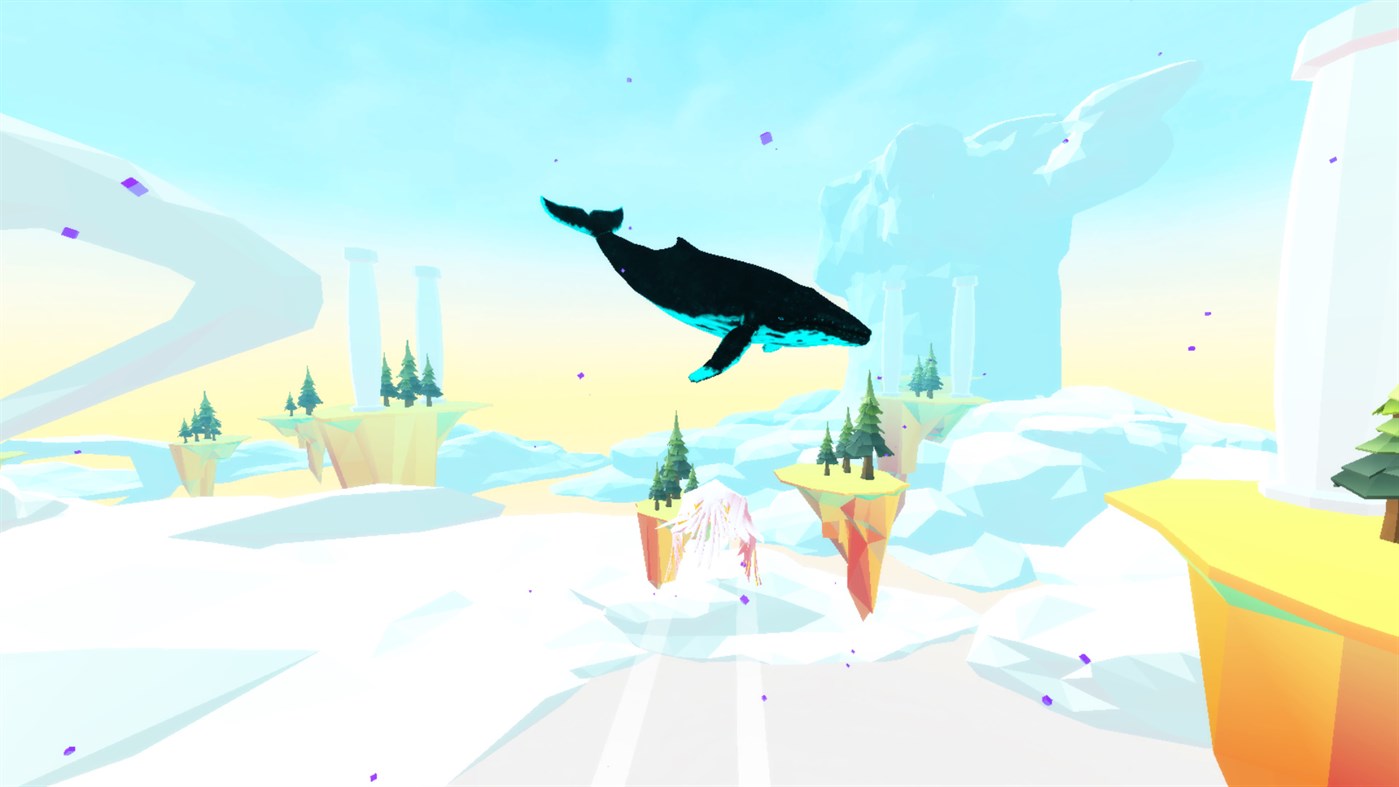 I did like the dreamlike imagery that would pop up randomly in some of the levels, such as the giant owl, floating whales and the star lit level. If only the designers had implemented these ideas throughout, it would have successfully reinforced the theme they had attempted to create. The text narrative that supported each stage emphasised the surreal nature of the birds journey, again this should have been more of a key component in how the story played out, not just a method to move you to the end goal, an audio narrative said in a soft voice would have really carried the meaning of the words, and would have helped you to enjoy the view, other than concentrating on the text that appeared in the middle of the screen. A strong point that I can think will increase the market of players interested in playing, is the ease at which a perfect achievement score is obtained. On completing each level an achievement will pop. At the end of your 30 or 40 minutes playthrough you will have achieved perfection.

Having read EpiXR Games website, it states that they are currently developing AERY 2, I’m sure the fans of the genre will be waiting with baited breathe to try the latest instalment, but for me I will probably give it a miss. Maybe I expected more from reading the game description, I unfortunately never truly felt at ease with the concept and therefore was unable to enjoy all that was on offer. A title which, if taken literally with the collection of feathers being the only goal will have very little to inspire the player to return, but if you take away that target, and decide that you want to just be one with the world, then this game will inspire you to play again and again.

A simple exploration game that allows you the freedom to fly, take the little bird on his journey to reach the stars.