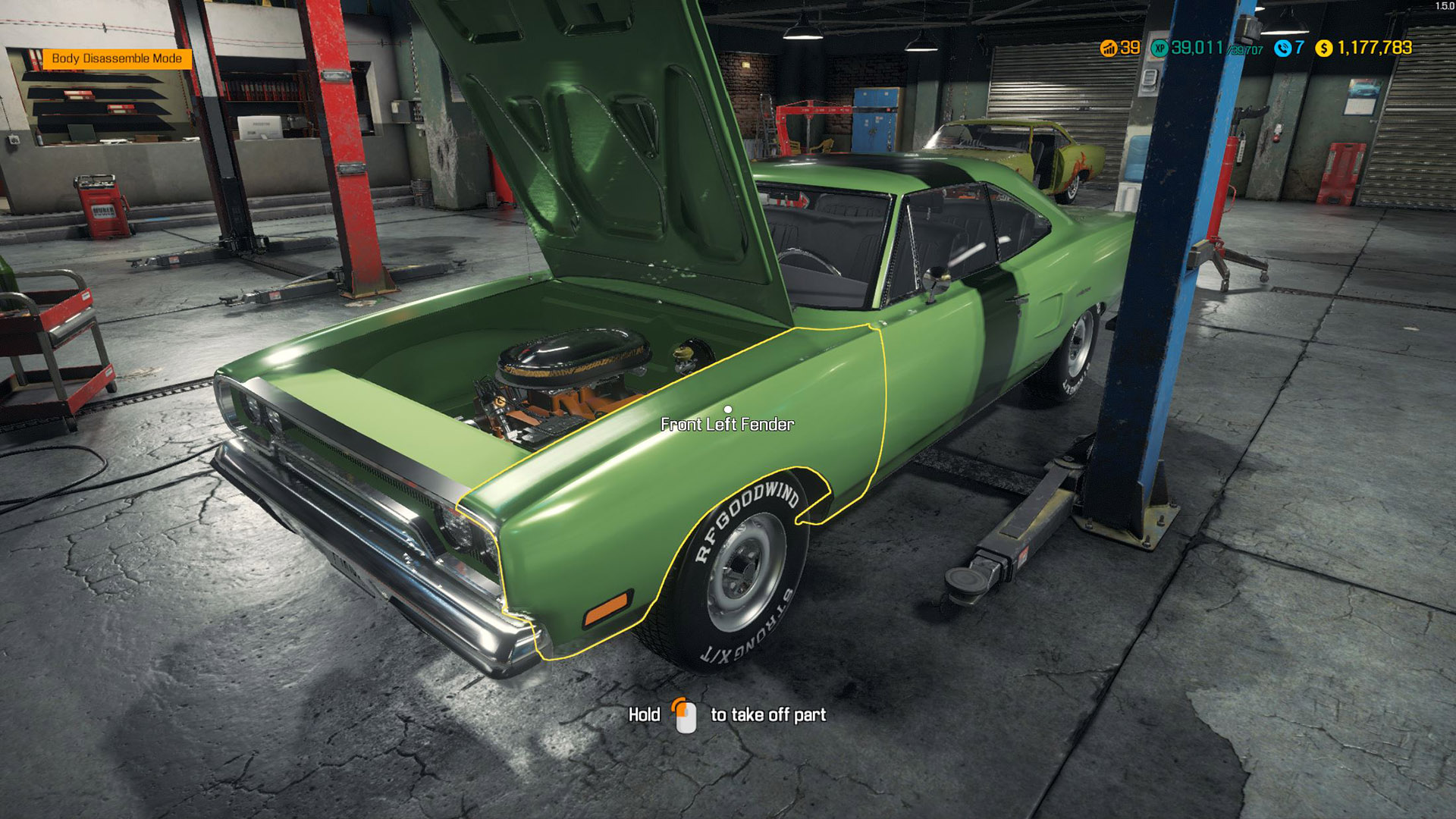 Car Mechanic Simulator 2018 is back with its fourth paid DLC, Plymouth. Before you get confused, this is not a new setting on the south coast of the UK but rather the historic but sadly defunct American car manufacturer. We should expect then classic cars to be added to the game, but what else does this DLC add to the CMS experience?

DLC content is the main way real world brands are added to the otherwise made up models you repair in the game. One criticism levelled at the first two packs (Mazda and Dodge), however, was that they only added a couple of cars each. October’s Jeep DLC went some way to addressing that issue with four new models and an offroad track. The Plymouth DLC continues that trend. Although it only offers a disappointing low number of two new cars (the 1970 Roadrunner and the 1971 HEMI Cuda), it does also add new engine parts and a new location to the map – a speed track.

As we have come to expect, the level of detail on the new cars is impressive. They look accurate for the early 70s era, and many of the ones you will be asked to repair also look like cars that have been in service for almost 50 years, often requiring extensive work. 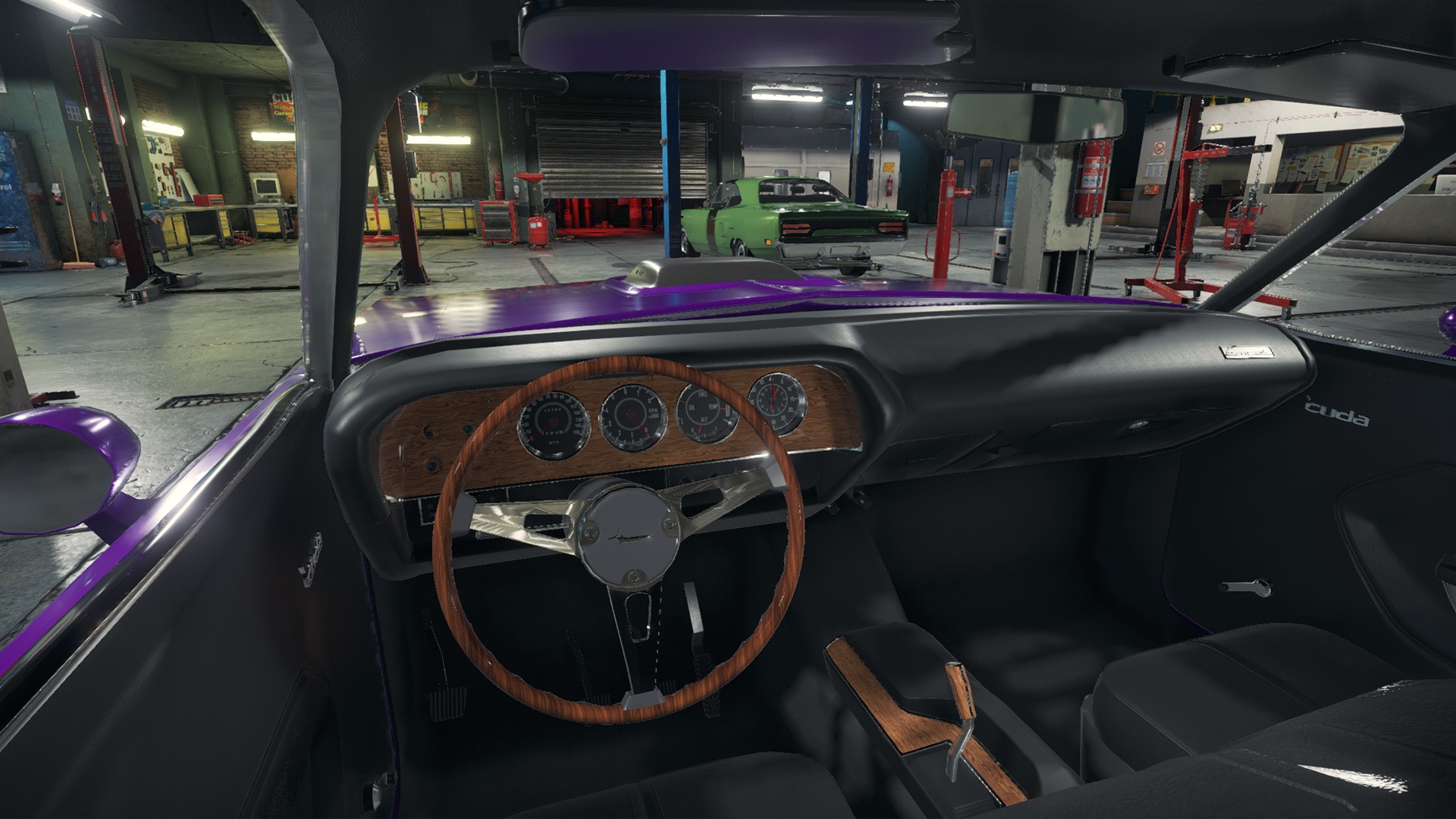 The two Plymouth models have also been added to the barns on the map. This was for me the highlight of returning to this game with this new DLC as I rescued a rusty old Plymouth HEMI Cuda from a busted-up barn and lovingly restored it back in my garage. Of course, there is the question of whether the car stops being the original and becomes a new model when you have stripped out and changed more than two-thirds of the parts, but that is a philosophical debate perhaps best left for another time.

Gameplay wise, the DLC adds nothing new to Car Mechanic Simulator 2018. You still take a combination of story orders and normal orders, identifying and replacing damaged parts, earning cash, and levelling up as you fix them up. The speed track is the only new addition to the game, offering a chance to put your car through its paces and test its acceleration and maximum speed. This is not a huge edition to the game as there are already racing locations such as the old airport for unleashing your inner speed demon. However, the speed track does add a further element of realism for testing and tinkering with your motors.

Before getting this DLC, I had not played Car Mechanic Simulator for a few weeks and on returning to the game, I noticed a few bugs. These may not be related to the DLC itself, but they were frustrating. First of all, my garage had returned to its normal size with the path test section having disappeared. I could not find an option to reactivate it and ended up having to figure out issues with some of the orders the hard way. 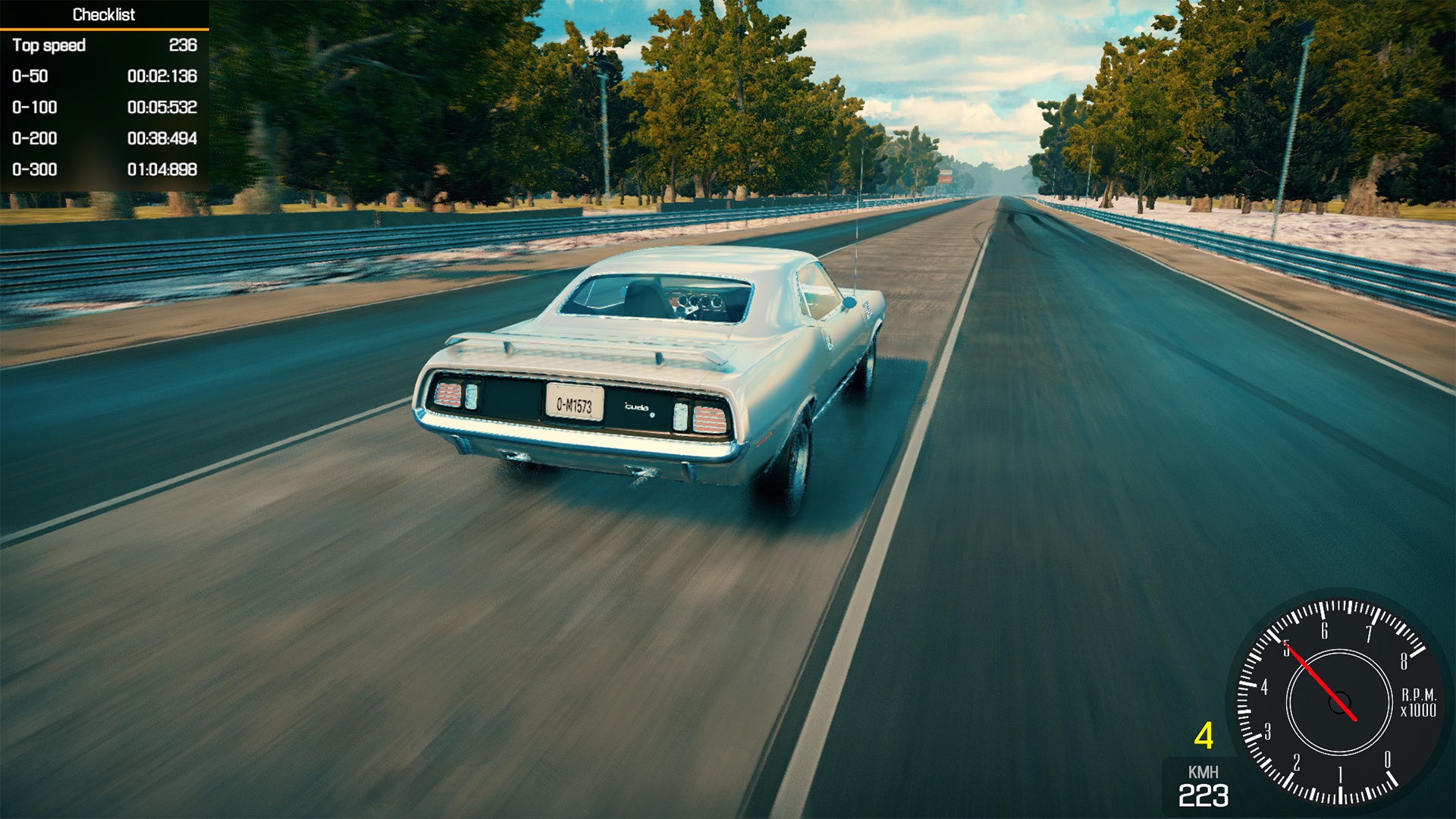 Secondly, I had a car literally embedded in the wall in my garage. I could not move it to the parking area as it was apparently not mine, but I was able to sell it – the only way to get rid of it, it turned out. I also ended up with two of the same car, a banged up old rust bucket that was in my garage when I first started the save – same make, same model, same colour, and even the same number plates. These are not game-breaking problems, however. Developers Red Dot Games have made a strong effort to address bugs and issues in the months since the base game’s release so we can be confident that these issues will be addressed in the near future.

The Plymouth DLC should not be mistaken for an expansion pack. It is simply an optional content-based add-on that fans of the game may enjoy. The new cars add more variety and realism to the game, as do the new engines. The speed track is not a major addition to the gameplay options, but it serves its purpose well enough. If you like the game and/or you are a fan of classic Plymouth make cars, this will no doubt be a good addition to your Car Mechanic Simulator experience. If in doubt about its value for money though, you may prefer to bide your time and wait for a DLC bundle to go on sale in the future.

A content-based DLC that adds new cars, engines and a speed test track to Car Mechanic Simulator but changes little about the gameplay experience.