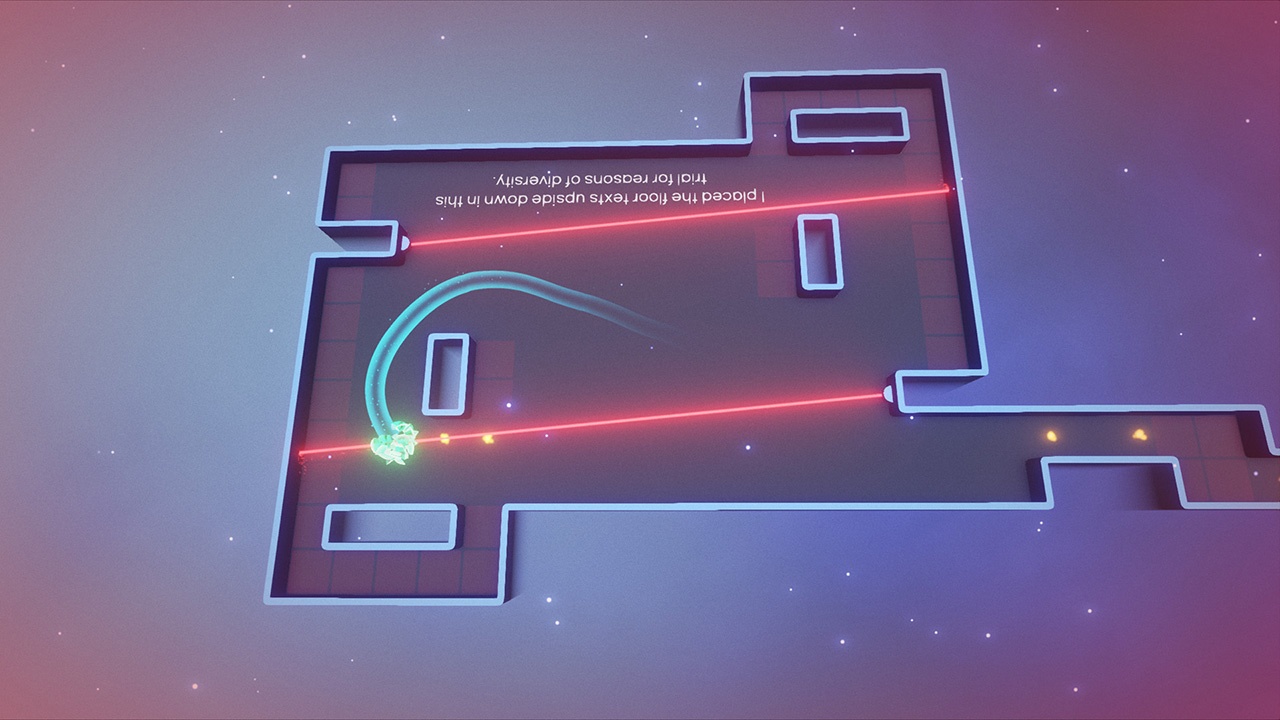 There’s something to be said for well done snarkiness in a puzzle game. Rather than retread all of the titles we’ve seen so far that’ve pitched it (Portal, Death Cubed, etc.), how about we appreciate that there are some games that can do it without being overbearing? Like, take the extreme culture that came into being around the early 00’s, where everything was “epic” and over the goddamned top. That got so old, so fast, and totally neutered any actual feelings or ideas that went along with the words to the point that I figured we’d see Red Bull in school cafeterias by the end of the decade. But, now that the fad has died down, only the dedicated are left behind, and the continued efforts are, well, pretty impressive. So for a game to be able to tamp down on the “XTREME” atmosphere while still being at least a little brazen can really deliver a good product. And that product is Road to Ballhalla.

If you were a gamer in the 80s, you might remember a fantastic little title called Marble Madness. This simplistic approach of navigating a sphere through an obstacle course to a goal is one as old as time (almost literally predating most other games), but Marble Madness took it a step further by implementing wild designs and some surprisingly good physics for an arcade/NES/Amiga title. Road to Ballhalla feels like the next generation spiritual successor to this game, bringing with it a bit of original flair. Firstly, the attitude is apparent: even the game’s name evokes an idea of a Viking funeral. You’ll get zinged early on by some very obvious and apparent death traps, but they’re more to help set the tone for what you can expect from the dry, nonverbal narrator and the game itself. In theory, the concept is simple: get past the obstacles to reach the goal. Along the way, there are small bits of flame that you can pick up, and you can and want to, theoretically, get them all. Naturally, not every bit is going to be in an easy-to-reach spot: you gotta decide, especially in the later levels, if you want to risk your good health to reach 100% or if you’re happy just to survive. 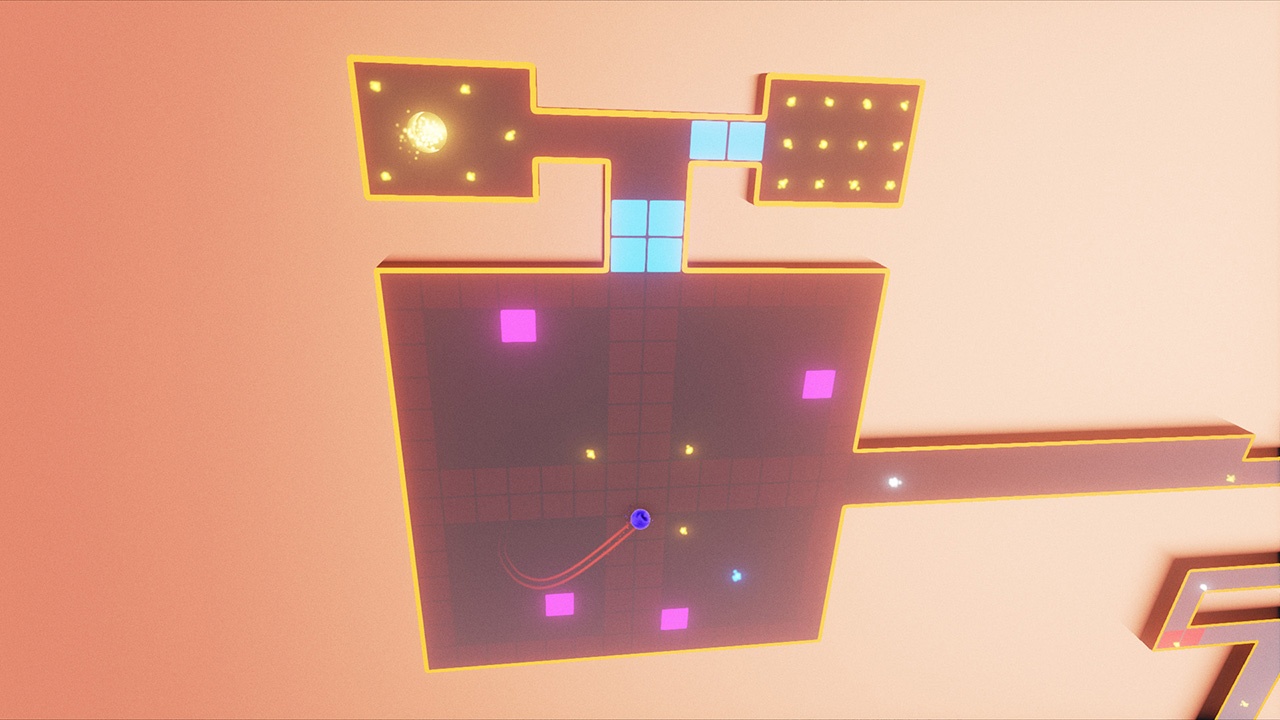 Nintendo Switch owners may be (understandably) disappointed to learn that Road to Ballhalla has no motion controls, at least not at this time. I’ll give Torched Hill and TinyBuild the benefit of a doubt and consider that they at least attempted it before realizing it maybe made the game too difficult or, straight up, it didn’t work. In any case, you can still enjoy and appreciate the tightness of the controls with just a JoyCon and a single button for “turbo.” The turbo is really interesting: it gives you increased speed with the negative effect that any damage will immediately kill you. There are some spots where you can take a bit of damage and still roll away, and then there are things (like lasers) that’ll just murder you to death without a second thought. You have to learn when the risk can outweigh the reward and you just need to take things easy. I mean, this isn’t always going to be the case: at some point, the game just straight up starts hurling everything at you, and you’ll die fast or slow, so choose your control poison. Personally, I think it’s worth experimenting with how well you can stop on a dime while hurtling along with turbo on. Especially, when the game arbitrarily decides that you can be invincible “because reasons” and you have to zip between lasers with the pulsing of the music and the lights.

Like I said earlier, collecting the flames leads to a “perfect score” for the levels, which may sound odd as there’s no local leaderboard or even a points system. Well, not at first: if you’re good enough to get through the stages, you can do Rush mode to compete against other players online. And God knows that being able to wave around your ball handling in the faces of complete strangers should be enough to compel any player. But, for the first time through, there is a certain allocated amount of credit you get for finishing based on the number of flames you have and the number of times you respawned. More flames + low respawn = awesome score, and you want this awesome score to help customize your ball even further. This is one of those cases where a game really decides to make a stand about who they’re catering to, and they want those people to come back and keep enjoying the game as much as possible. It’s really cool to add different trails, colors and elements to your ball to kind of give it your own touch, and there’s no easy way to do this. You need to conquer the levels, and anyone who takes the time to invest here will find out there’s a lot more than meets the eye. Or, rather, the ear. 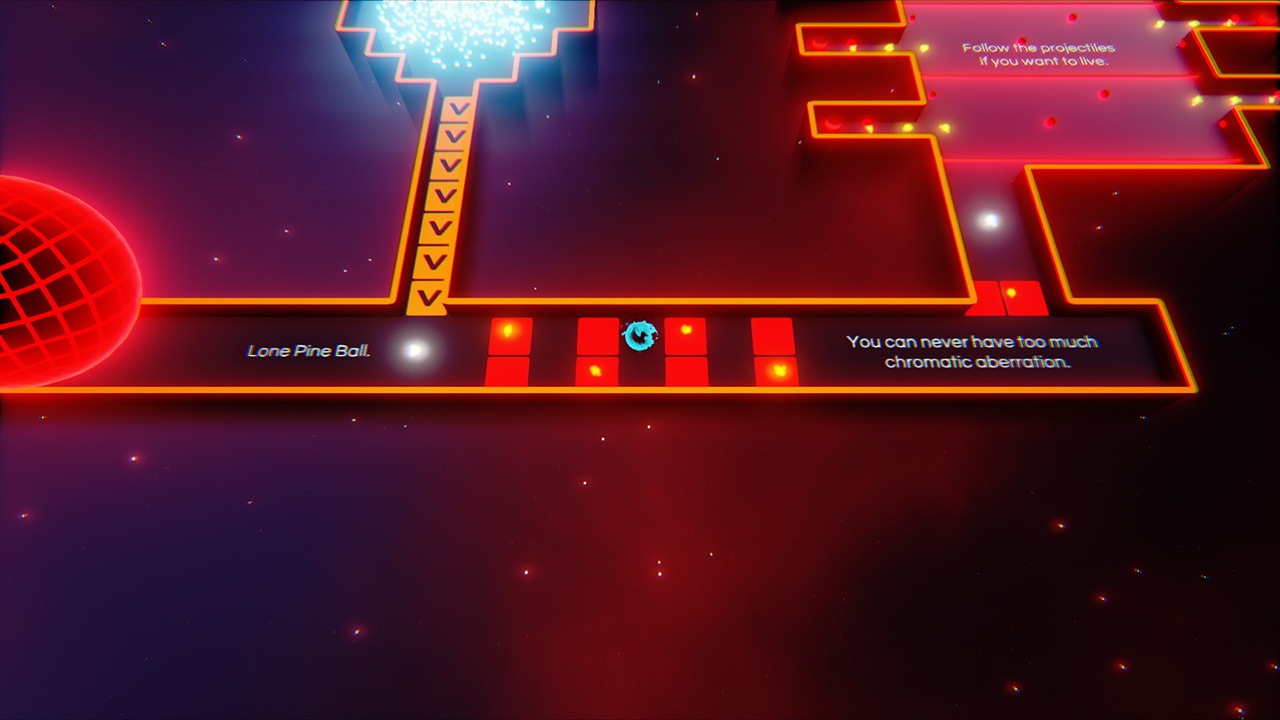 I haven’t forgotten about the amazing soundtrack of Road to Ballahalla, and I think it’s important to really highlight the amount of work that went into making Road to Ballhalla something more than just a puzzle game. If you only give the first couple of stages a play, you might convince yourself that this is a pretty but simple puzzle game, where you can get the hang of it, roll around for a couple of hours, and then call it a day. But you may slowly realize that the soundtrack is getting a bit more involved every single stage. There’s a greater ambience about things that shifts from background to foreground, and suddenly you start to see the correlation. The pulsing of the lights with the notes that drop. The way that moving hazards will either go on the beat, the half beat, or even the quarter beat. Routes and pathways will open and close on a pulse, and then it hits you: this is a rhythm puzzler. The importance of the music and being able to keep in time with the surroundings is critical to survival, and players who want to rank and really flex in Rush mode would do well to make sure they either have a great set of headphones or some dope speakers.

Between the fantastic visuals, the solid soundtrack, the hidden areas (there are secrets?!) and the jarringly funny moments, Road to Ballhalla is an incredibly well designed, enjoyable game. It’s somewhere between cathartic and therapeutic, and a player can easily fluctuate between being a hardcore, determined goal getter or a relaxed, explorative tourist. There will come levels and times where you can’t just idyllically roll through, but there’s never a time where you need to bite down on a piece of leather to make it out alive. This is a wonderfully crafted game, and it’s well worth a play. Not to mention this is the first time I think it’s been made available for mobile play (I don’t consider a gaming laptop “mobile”), so you can bring your frustrations and insecurities wherever you go! Seriously, this is a contender, and everyone should give it a shot if they’re even remotely interested in great music and fabulous design.

Between the fantastic visuals, the solid soundtrack, the hidden areas and the jarringly funny moments, Road to Ballhalla is an incredibly well designed, enjoyable game.