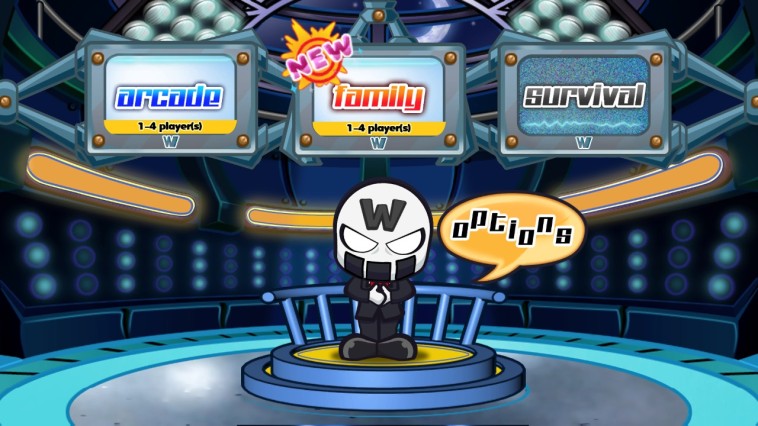 It takes a brave company to release a party game on a Nintendo machine especially when the Plumber guy already has a successful party series of his own and his alter ego is known for making some of the best mini-games of all time. So hats  off to Corecell Technology for bringing the fight directly to Nintendo’s home turf with Wicked Monsters Blast! HD PLUS.

What you’ll get is a colourful,  imaginative set of games to play either in a group or solo play using a mixture of gamepad and Wii remote. You’ll also be offered a variety of modes to play through, including an Arcade Mode, where you’ll play through multiple minigames that culminate in a ‘boss battle’ and try to score the most points against your friends as you progress.  Family mode allows you to choose your levels before you button bash it out and Survival mode is where you try to keep going as long as you can in the face of adversity. 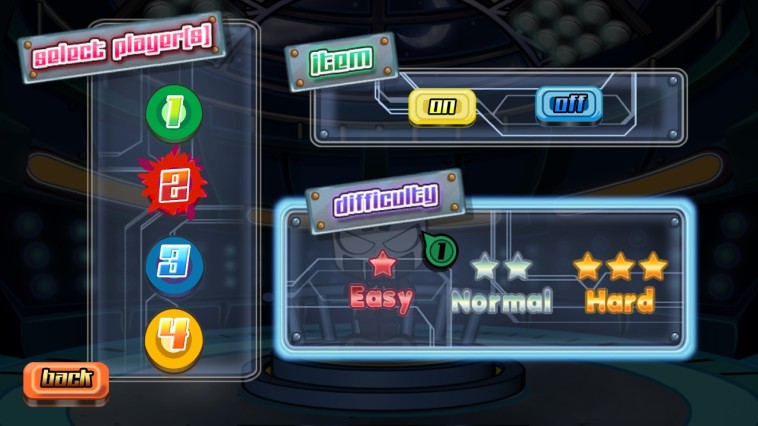 Imaginations have been hard at work, as the objective in each minigame is varied enough to keep you interested for a little while. Incidentally, you will wonder how long it took them to come up with some of the colourful ideas, but competing with the likes of Warioware didn’t give them much of a choice as anything that stuck within the norm would be considered sub par from the outset.

So you’ll get barrels and hippos to contend with and all presented in a madcap cartoon style that is very easy on the eyes and has genuine touches of humour.

What also becomes obvious fairly quickly is that the same imagination hasn’t transferred over into the execution of the mini games themselves. I can only imagine that Wicked Monsters is aimed at the younger players and I would have loved to ask Corecell directly if they were specifically looking at targeting the family market, as while the games appear varied, most of the time the way to win a match is simply down to who can hit the right place at the right time on the screen.

There isn’t the vast array of moves you would see in similar games within the genre, and tied in with the amount of work that has gone into the individual characters, it does again enforce that this is for a younger audience. 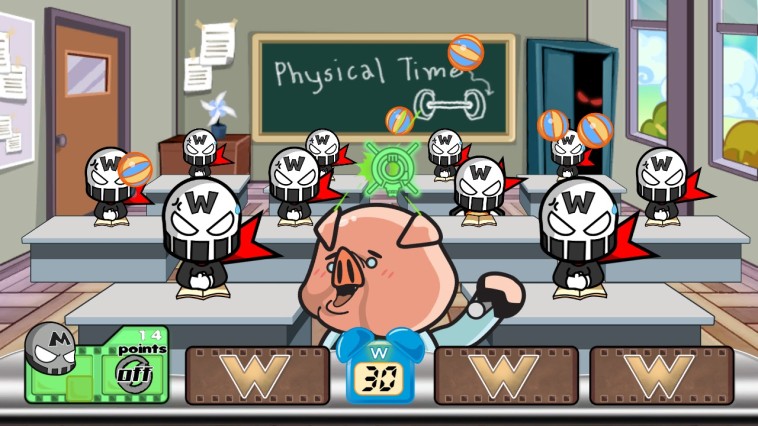 One of the main issues is the split in the control scheme,  with the gamepad user always having a huge advantage over anyone using the wii-remote,  since most of the games require you to win by touching certain parts of the screen, anyone using the gamepad is going to have a massive advantage over players having to point with a cursor using the wii-remote.  It is easy to see Armageddon breaking out in living rooms between siblings over who gets the pad for the next round and it’s enough to cause huffs and refusals to play.

This is a real shame as a multiplayer needs a level playing field in order to want everyone to join in.  It also needs something more than a simple button mashing challenge of it is going to capture the hearts of an older audience, something that Wicked Monsters is lacking.

Wicked Monsters Blast! HD PLUS is an extremely well presented and fun party game that unfortunately has a couple of design choices that potentially ruin the fun and longevity of its offering.  If you are looking for something for a young family,  it’s certainly worth considering as long as the grown up has the gamepad and you don’t mind the repetitive nature of the mini games after a while. For everyone else there are better games on the market, but nothing to stop you giving Wicked Monsters a chance at showing you some fun.