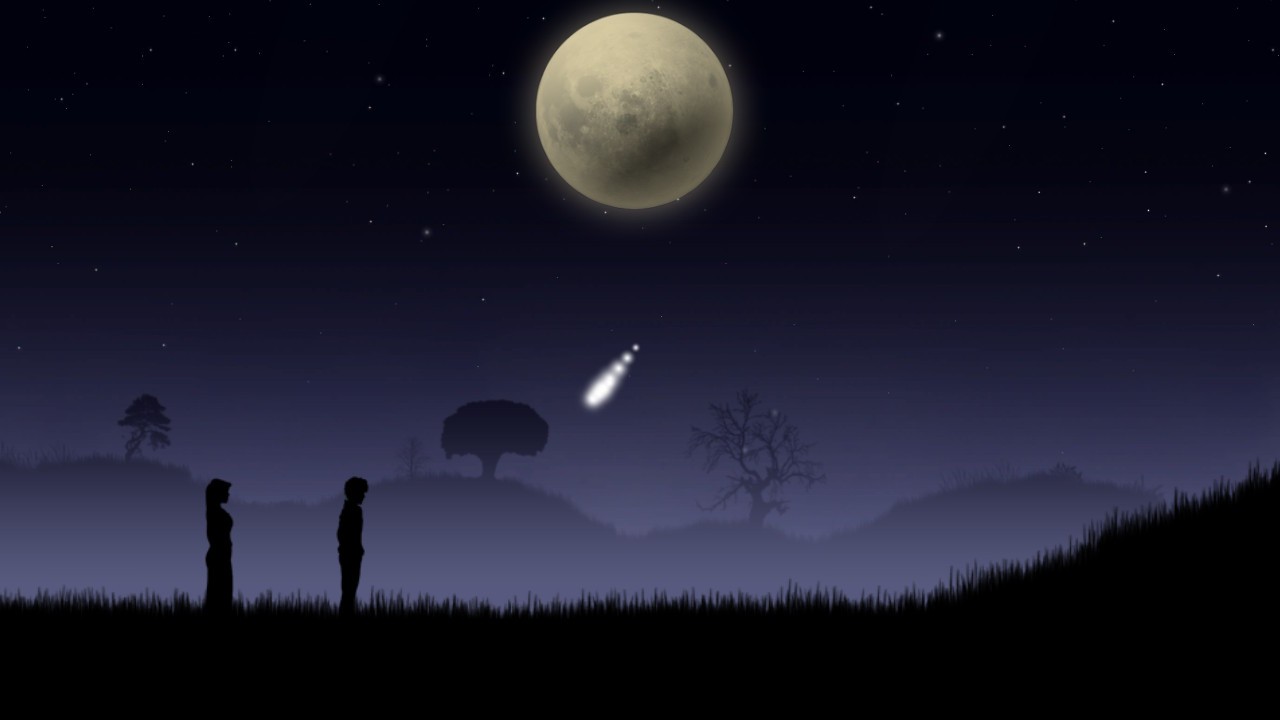 Ever fancied going on a stroll beneath a starlit blanket of light? Sounds soothing, doesn’t it? Well, ‘Star Sky’ offers a calming experience that blends in an atmospheric environment with an interactive story, which is best described as a poetic unfolding of events. There’s an alluring quality with how this game is presented. You embody the silhouette of a man who traverses the grasslands at night, beneath the ivory moon and a gorgeous hill backdrop.

The gameplay is immensely straight forward. B to walk, A to run. That’s it and no, you cannot backtrack during a playthrough either. It doesn’t feel like a game per se, however, a calming journey that offers up to eighteen different sequences, which span a multitude of paths. Along these various paths, a number of beautifully portrayed scenes play out.

How it works is you walk to points that trigger lights to surround your body and emanate a soothing song. You stand still to watch an event take place. Some are obvious, others more obscure. To explore them all requires experimentation, you need to deliberately miss certain parts to open previously untread areas. 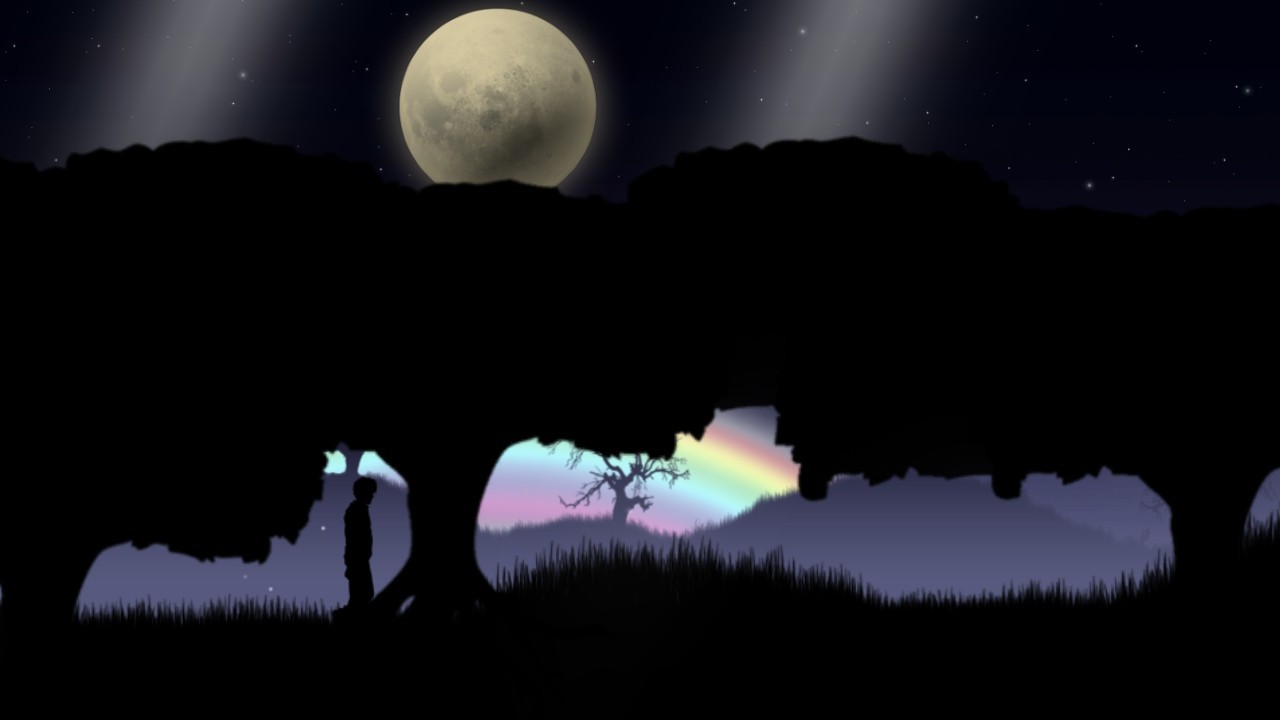 Off the get-go, the audio really stood out. Whether plugging in headphones or listening through the speakers, the sounds really capture the imagination. The main song played throughout feels otherworldly and found that to be well implemented here. It is a story told in action, not words. Star Sky sets the right mood, prompting interest to see a chain of events through to the end.

There is a substantial downside, that’s the length. On average it took take around two-three minutes to complete a playthrough. To see all that Star Sky has to offer may take around one to two hours, taking trial and error into account. Of course, there’s replayability, a principle this is based on. You will want another run and witness a new story being told, but that novelty soon wears off.

I’m impressed and disappointed. It feels like a demo for a larger vision. In my opinion, there’s certainly a market to expand on this idea and take it a lot further. What we have is a taster, an appetizer for what could lead to an even more ambitious project. At only 126MB in size, you can appreciate the content will be limited. 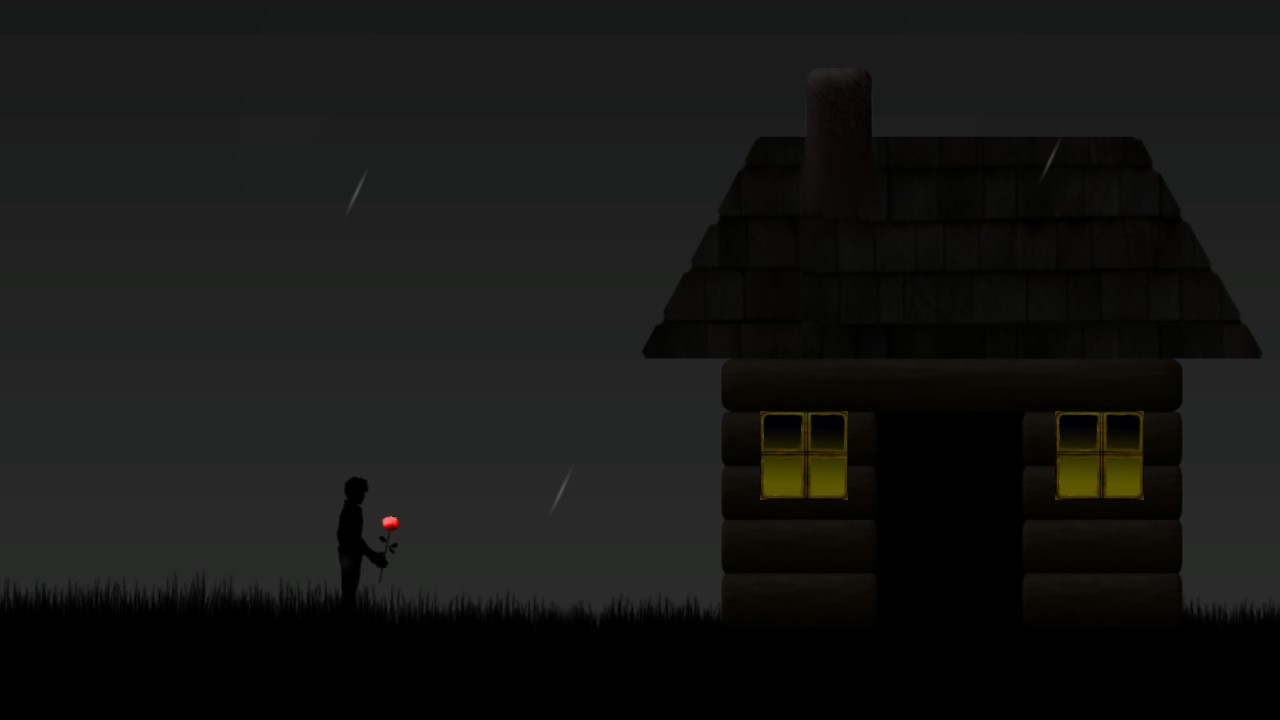 Will I replay down the line? Honestly, yes.  Does it deserve the asking price? Not so much. It is difficult to justify paying that price for a game where a single playthrough can last as long as the trailer.

I’d recommend picking this up on a sale and promote this as an experience for people who are looking to just relax and let their imaginations become entranced in a bite-size & easily digestible manner. Fortunately, it is frequently discounted from what I’ve seen.

The developer, Playism, has brought a well crafted interactive story, in and of itself. I’m hoping this leads to a successor that takes the idea to a higher degree. Alternatively, it would be welcome to see multiple tales such as this bundled into a package. Either way, I hope we see further entries made in the near and distant future.

What we have is a taster, an appetizer for what could lead to an even more ambitious project. At only 126MB in size, you can appreciate the content will be limited.