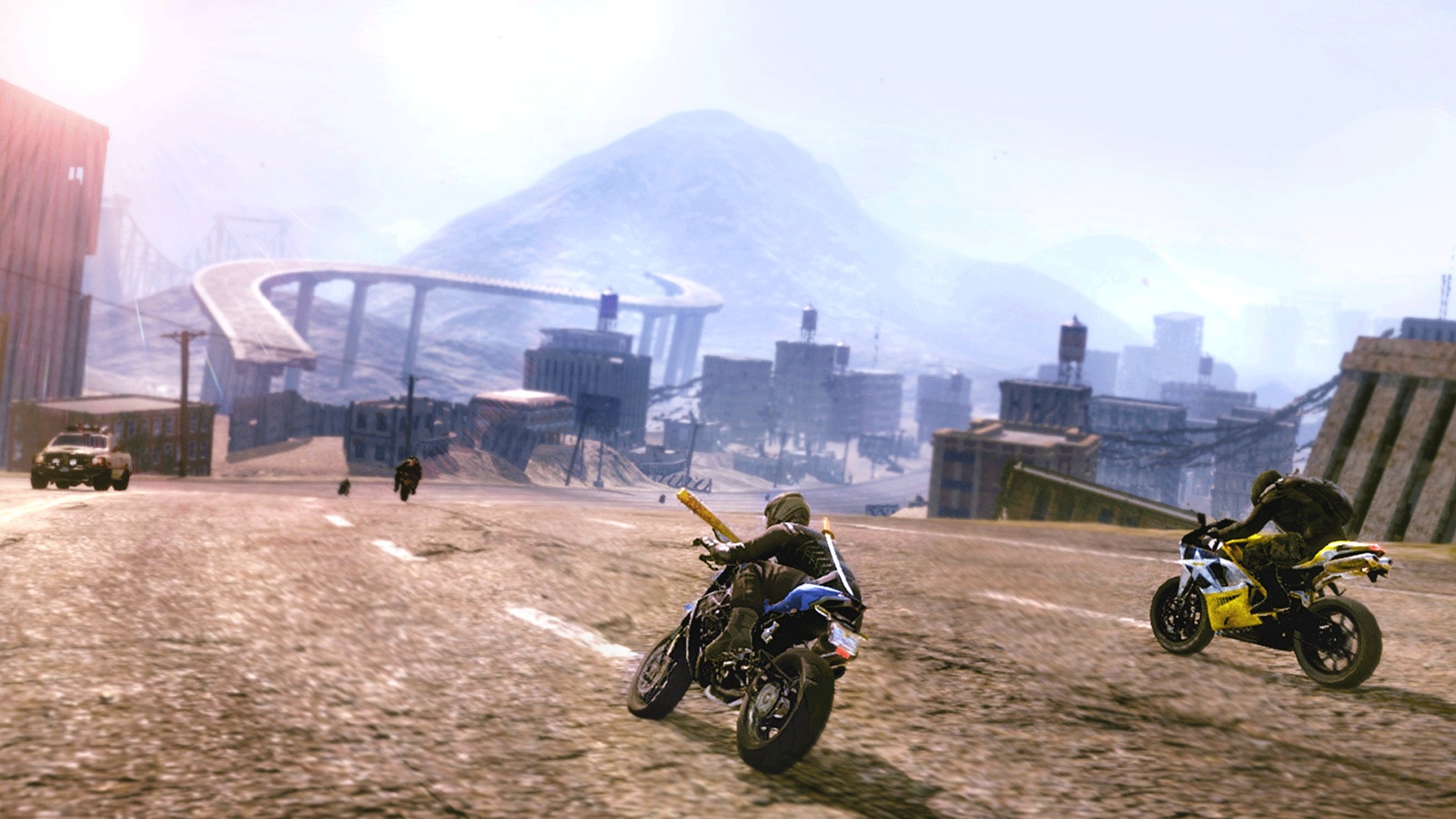 This generation, digital console games have been coming a dime a dozen. As nearly each and every week since launch, Xbox Live Marketplace and PlayStation Store would get flooded with tens of releases, which most people haven’t even heard of. And while some, who keep their finger on the pulse of the industry, and know, or at least heard of most new and upcoming games, would still be taken by surprise by titles such as Donut County, Agony, or the recently released Road Redemption.

Road Redemption, at first appears as a modern rendition of the late 90’s, early 00’s combat racers, as from screenshots it looks just like a spruced up, motorbike version of Carmageddon. However, unlike this classic racer, Road Redemption is not a story based game, with meticulously designed and rendered, semi-open levels; but a RNG based, rogue-lite which has you race against randomly generated hostiles, on randomly generated tracks, all while using randomly generated boost and drops.

The randomly generated nature of the title may be a little off-putting for some, as the rogue-lite genre has at this point been done to death. And while Road Redemption introduces very little in terms of underlying gameplay mechanics and feature-based frameworks, then it has to be said that the combat racing spin on the genre is fairly intriguing, as it turns the otherwise slow and methodical game archetype into a fast paced, relentless, and blood thirsty beast which favors aggression and boldness, over strategy and preparedness. And while Road Redemption is mostly all about your reaction times and instincts, then it is not a completely brainless game. 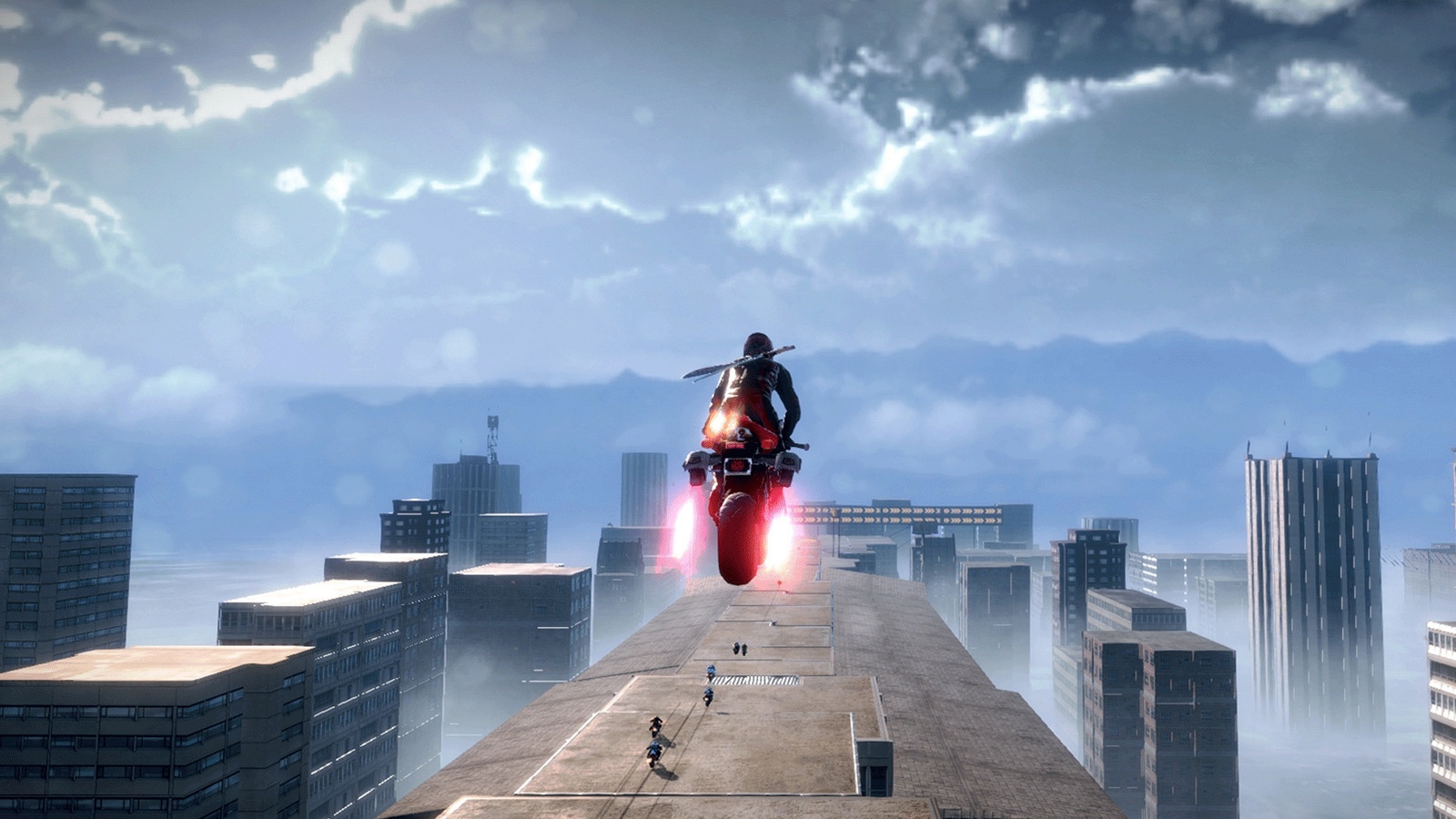 Road Redemption, while being based on a fairly simple concept of whacking other racers with pipes, bats, and shovel, does feature some depth. And it is the most apparent within the title’s combat, as enemies can wear different types of armour, which has to be dealt with using appropriate weapons. For example, if you can see that your enemy is covered in kevlar, then you have to use explosives to take him down; if he is wearing just a helmet, then you have to knock it off of his head, before being able to deal any significant damage. And enemies with no armour, and/or helmet can be quickly dispatched using sharp weapons, as a single slice with a machete is a sure-fire way to cut all your enemies to size.

Without a shadow of a doubt, the combat of Road Redemption is its best, and most engaging feature. As the intensity and the surge in adrenaline which it brings is second to none. And the ever-expanding arsenal of weaponry, only further adds to the combat system’s quality. However, the said combat is only a single part of this two-part tale, and unfortunately the second portion of it, which most would deem as the most important, as it is concerned with the title’s driving mechanics, leaves a lot to be desired.

When it comes to the title’s core vehicular controls, there is not a lot that is offensively wrong with it. The driving is not the best, but it is also not catastrophic either. The biggest issue when it comes to racing stems from the fact that it is incredibly formulaic, as it appears to be scripted in full – which is quite ironic as the vast majority of this title works on the back of the random number generator.

Each and every single race – there are other modes such as elimination – plays out in exactly the same way. You start dead last, and try to reach the top three in order to satisfy the winning condition. However, you don’t move up the ranks by driving flawlessly, or by taking shortcuts. No – you do so solely by boosting. And sure, you may gain a single position, or two, if you race without boosting, but it is borderline impossible to reach the top three, without constantly double tapping R2. And as you might have already guessed, in-race you mainly earn boost by dispatching other riders, as the boost refills are only located on alternate routes, which due to the title’s nature do not spawn consistently, meaning that you have to engage in combat, even if you want to have any chance of winning. 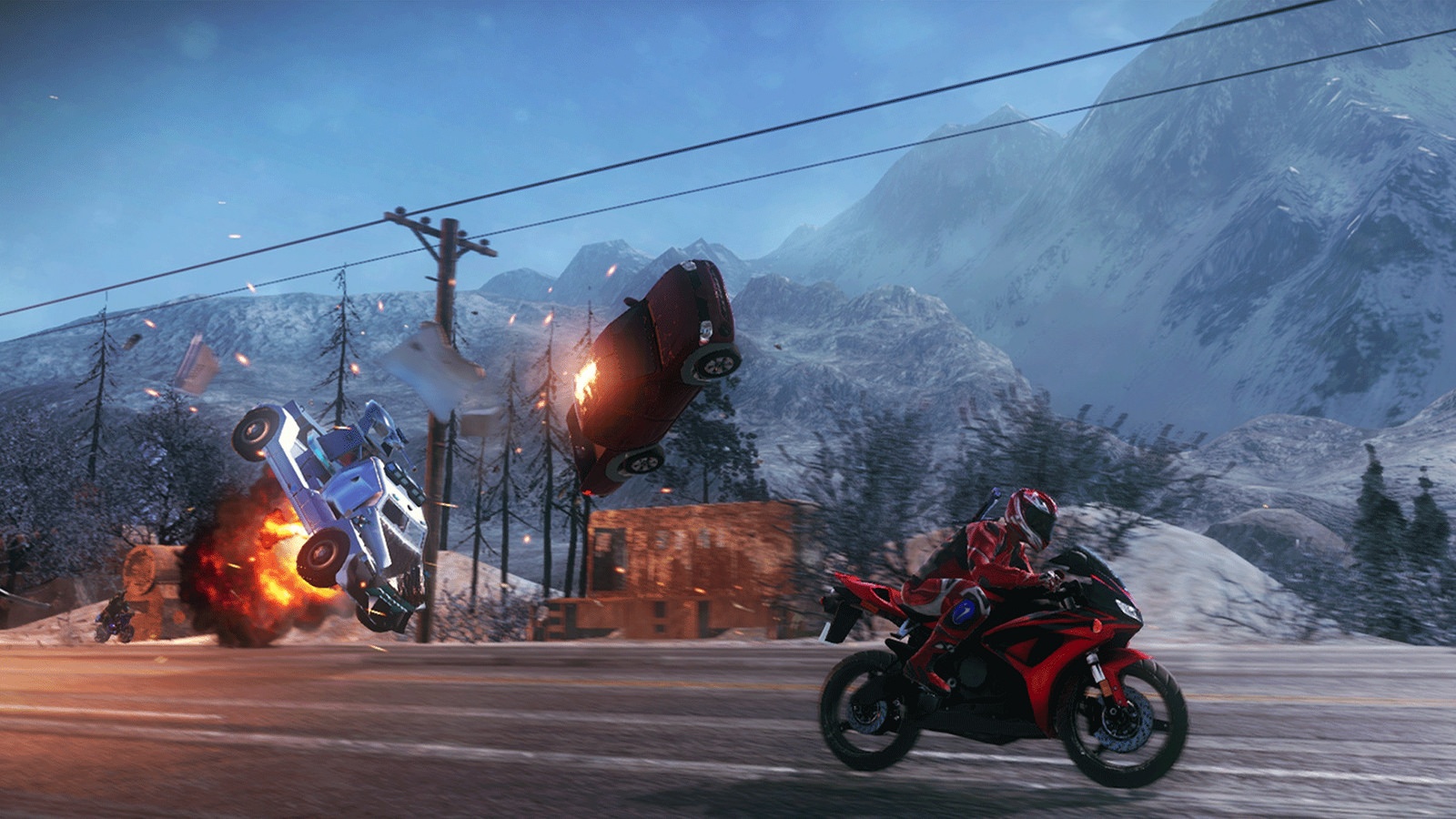 As I’ve said before, combat might just be the best thing about Road Redemption. However, not everybody is going to enjoy it. And as it is borderline necessary to fight, in order to reach the end of a career mode, it is likely that some will never get to see the end credits, simply because many players will be bored with the title’s formulaic nature, which at times is so brash and apparent that it puts one-off from playing completely.

Besides the above-mentioned flaw, Road Redemption features a hell of a lot more negative quote-on-quote features, which ultimately take a lot away from the title. For example, Road Redemption’s presentation is well below par, even for an indie game. And the vast majority of in-game UI looks like it’s a placeholder which is a subject to removal. As from the main menu, all the way down to the post game upgrade screens, everything looks so incredibly generic, that it is difficult to believe that what’s in the game is the final product. But the publisher of the title says that the review code is the ‘retail’ code, so ultimately, to quote Max Holloway, ”it is what it is”.

At first sight, Road Redemption may appear as one of those AA cash grabs which has been cobbled together by a small group of chancers, in an effort to cash in on some unsuspecting consumers. However, despite its unflattering looks, it is far from it. As despite of its rather average racing mechanics, it is a fairly enjoyable game which is ultimately held up by its thrilling and engaging combat, and the fairly large amount of feature rich content, which is what ultimately keeps this particular game standing. But before you go out there and buy it, you have to ask yourself if you have the time and patience, for a yet another rogue-lite this Christmas season.

Road Redemption is a solid new take on the rogue-lite genre, even if it is a little under-cooked.