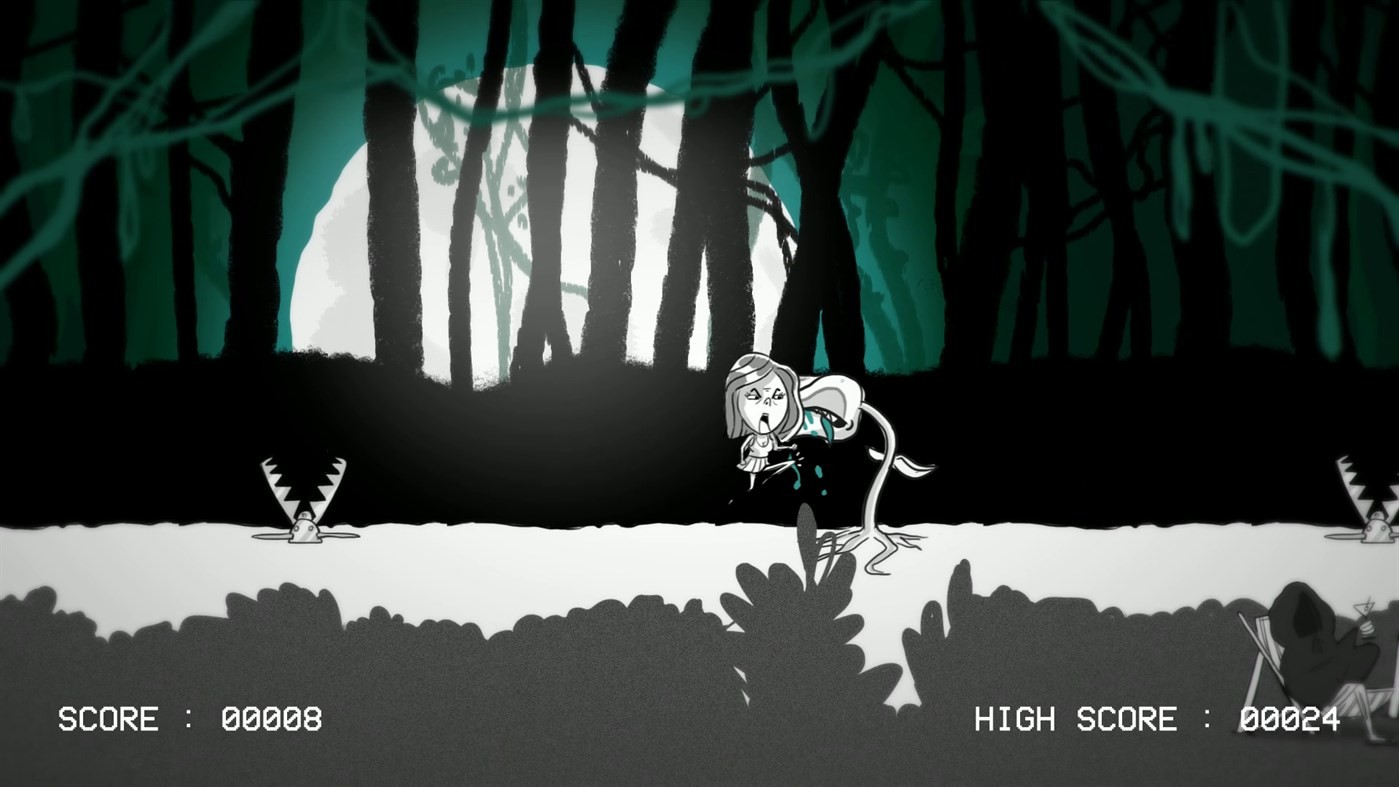 Age is a funny old thing. One day you are alert, fit as a fiddle, and have a memory like an elephant. The next you are falling apart, and can’t remember your own name. Memory and brain training games have been slowly gaining popularity, but they are usually straight-laced, and can be coined as boring. I never thought the day would come that I would see, let alone play a memory recall game that threatened me with death if I failed at a task. But here we are! Dying is Dangerous has been developed and published by Carbon Fire Studio. The game asks you to control a female who has to avoid an ever growing number of obstacles to land in the arms of her lover. Failure is not an option, so if your brain lets you down, you let the lady down, and you don’t want to do that, do you?

At the beginning of each game you are given a random selection of icons; zombie breathing fire, hands poking out of the ground, balloons on a pole, and so on. The game will randomly pick 4 that you must memorise, each is allocated to a button on the controller, and at the start of each stage you will see the path of obstacles running from right to left. You input the correct button combination, and the female; jumps, slides, hits, and headbutts her way to her boyfriend. Sounds easy, right? Well, it isn’t! First, you learn the sequence backwards, and you are given only a short amount of time to select the correct buttons. Second, the screen pans across at such a pace that it was easy to muddle up your choices. Think Bruce Forsyth’s Generation Game, but without the cuddly toy, and a heck of a lot more dangerous. 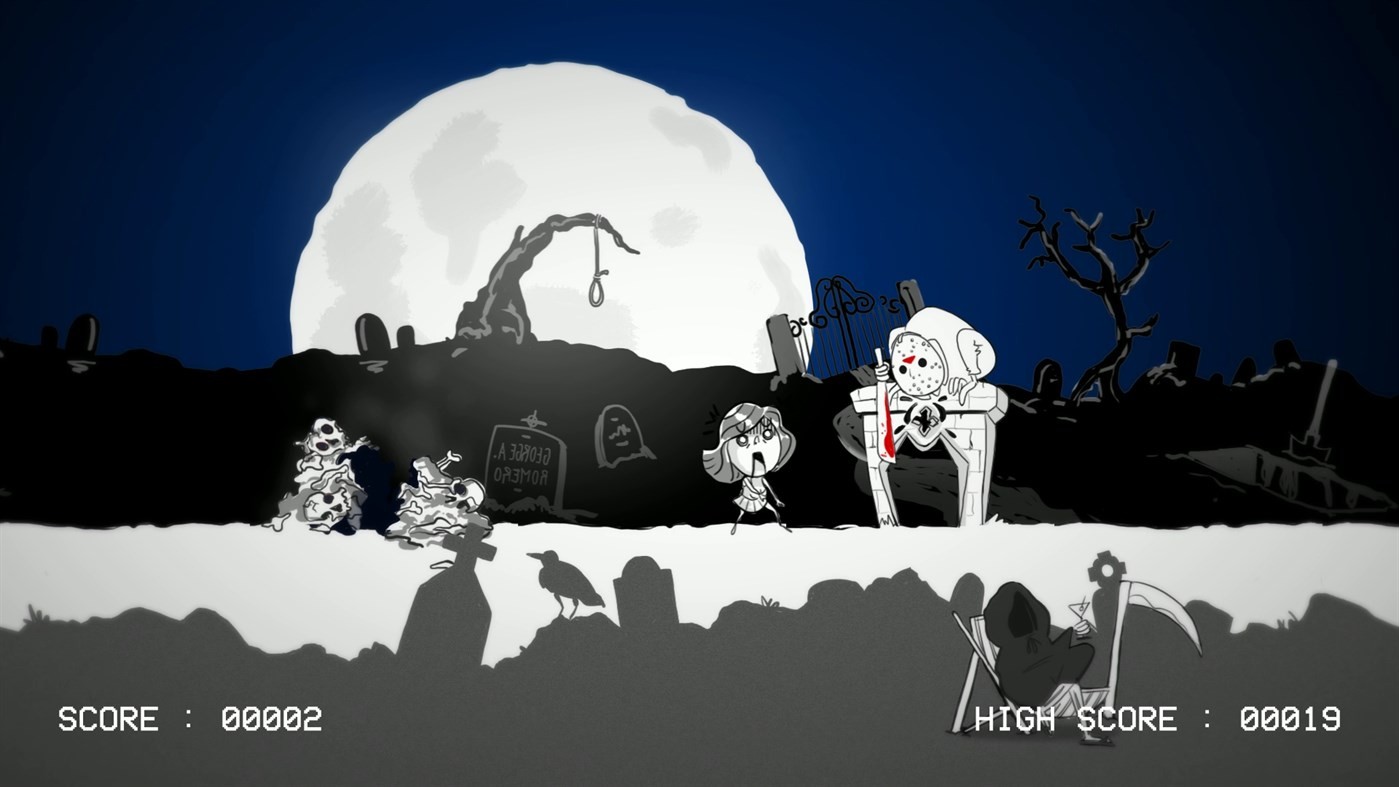 This is the game premise in a nutshell. It’s a brain training game with a twist. I found that though I was terrible at it, I really wanted to keep playing. The developers have tried adding a competitive edge to the proceedings with a high score tracker. This gets reset at the end of each run, and the highest score is shown permanently underneath your gamertag for all your friends to see. Unfortunately, there is no global or online Leaderboard, so the glory of having the highest score will have to stay locally within your own house.

With a title that’s about horror and memory tests, you wouldn’t expect many laughs. Well, this is where you’d be wrong. The game opens with a cinematic cutscene that represents; the 2 human characters, the icons that form the obstacles, and the controller method. It was so bad that it was good, and it was reminiscent of my college drama days. Wooden acting, lame scenery, and costumes that had been found in a charity shop. It made a budget film look like a Hollywood blockbuster! Even though it was comical, and of a low standard, it represented the game fundamentals well, so if you consider that, then it must be a success. Graphically it has a clean look, with crisp lines and a distinct art style. The colour palette and tone leans towards a darker, more ominous look, and the cartoon characters are nice to look at.

The best part of this title for me was the audio. The music is upbeat and sinister and matches the theme brilliantly. The high tempo represents the desire of the character to run for her life and put me under pressure to get her to the goal. Each level opens with a gruff voice of the boyfriend screaming “Come on!”, this is shortly followed by an image of the girl quaking, and her squeaking voice muttering “What do we do now?” I loved it, it sets the scene, and was simple. Each button you press shows an icon on screen, and gives an audible confirmation. You know instantly if you’ve ruined your run, and that your high score has been ended abruptly.

What can you say about a game that only has 4 buttons to press? Not a lot really. The game is responsive, and the only time the controls fail, is when your mind stops working. It’s easy to pick up and play, but nigh on impossible to master. If you try this, I guarantee you’ll be muttering to yourself as you fail repeatedly. My wife tried it, and it gave me much joy to keep saying, “Oh, I wouldn’t have done that!” Each time that she made a mistake. Needless to say, I’ll live to regret that, but it was fun at the time. 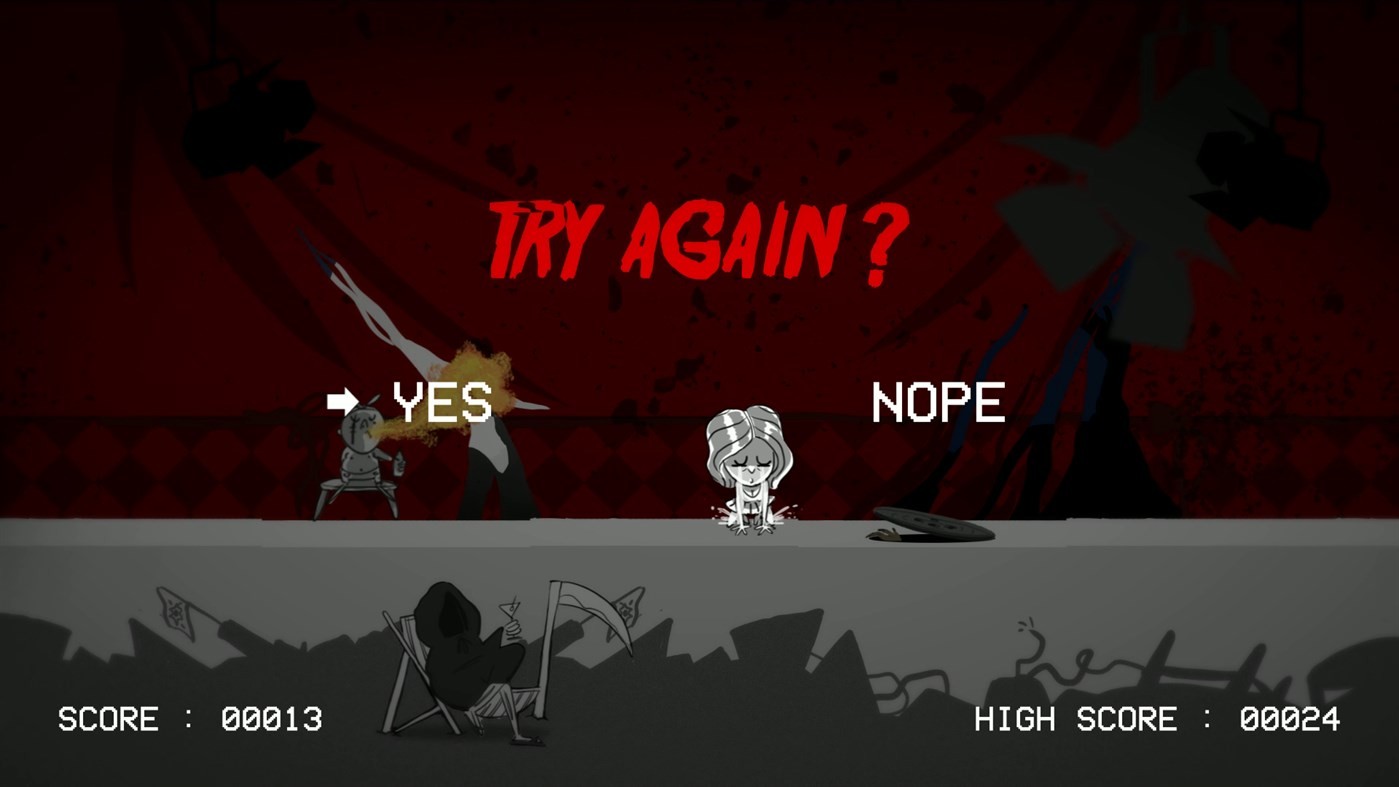 Dying is Dangerous offers little more than what you experience in the first minute of playing. The action is a progressive linear puzzle that gradually gets more difficult. Failing merely forces you to start this process again. Length to complete this? How long is a piece of string? But, for 99p, you really will not be losing out on much money if you try to play this, even if it’s just for a bit of fun one evening with friends. If you go for achievements to increase a game’s replay value, then you are out of luck with this, as it doesn’t support them. It’s probably a good thing, as I wouldn’t want to have to get a high score of 1000 to obtain a 100% record, and frankly, I don’t think that would be possible.

This short, but sweet review is now coming to an end. With little other than its main game premise to discuss, I think I’ve exhausted all avenues. It’s simple in concept, but it is addictive, and you will want to keep going, just to see who can be the master of the memory test. A game that can be played casually, and each time you load the game in, you get to watch the great opening cinematic, so that’s worth the 99p admission price any day of the week. Do I recommend that you play this game? Because it’s so cheap, and it is fun, yes, I do. It’s never going to win awards for its gaming prowess, but it won’t hurt having it added to your library. Can you dodge, jump, slide, and hit your way to your boyfriend? Only if your memory is good enough.

A horror based memory game that is simple in concept, but super addictive. Can you save the girl by avoiding all the obstacles?