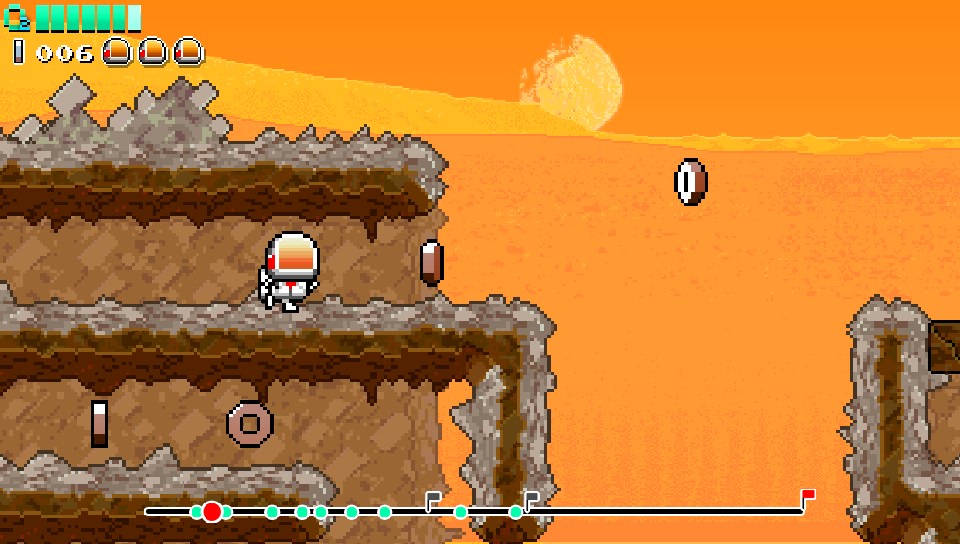 As a concept, ‘Stranded: A Mars Adventure’ is a game with a lot of potential. The idea is that you play as an astronaut who has crash landed on Mars and lost all of his oxygen capsules. In order to survive you need to travel through each stage while retrieving these capsules as you progress. On paper there is a lot that can be done with this format, unfortunately the end result is far from impressive.

Originally developed for smart phones, Stranded started life as mediocre free running game, but unfortunately has since been expanded into a desperately poor platform game. Presented as a standard, pixel art 2D platformer, you control your astronaut with the D-pad and jump with the X button.

From the beginning you can run and jump, however after completing the first few levels you unlock further abilities. By the time the first few stages are complete you should be able to climb up onto ledges, slide, wall jump and use a jet pack. The jet pack is activated by holding the jump button while you are in mid-air. It allows you to briefly fly / hover, however using it will consume your oxygen faster.

Being set on Mars, stages are extremely baron with minimal hazards and little to interact with. Although you will occasionally encounter hazards such as quicksand, the main challenges that you’ll have to deal with are bottomless pits, fall damage and simply keeping your oxygen level from hitting zero. When you start a stage you will have a limited number of lives in which to reach the exit. Stages frequently have flags planted in them which act as check points. If you lose a life you can continue from the last check point you reached. If you lose all your lives then you have to restart the stage from the beginning.

Stranded does include a simple upgrade system which adds a small element of strategy and progression to the game. In addition to oxygen capsules, stages are littered with bolts which act as currency. They are strategically places throughout the stages similar to how rings are positioned in Sonic. They are placed in rows along ledges and in arcs to help the player guide their jumps. Between stages, you can take the total number of bolts that you have collected and spend them on attribute upgrades or new space suites. Between the two stores it is possible to expand your oxygen tank, increase the number of lives you begin a stage with, increase your speed, jump height etc. 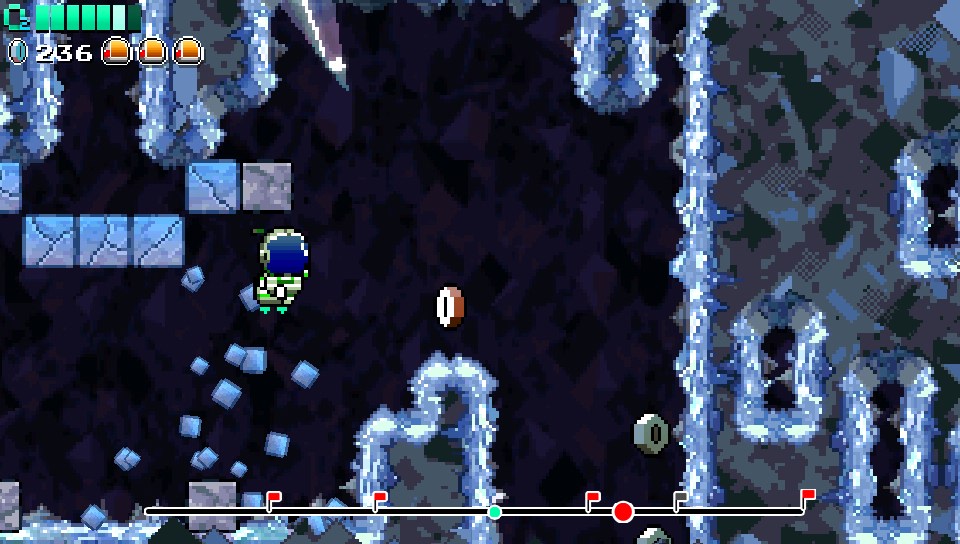 Despite being a seemingly stable game, it does suffer from a number of design flaws which I can split into three categories.

1) Mobile game architecture.
Stranded isn’t a particularly comfortable game to control, despite its simple button lay out. As it was originally built as a free runner with no directional pad, your character slowly builds up forward momentum and has to slow down to a standstill before you are able turn. There is also no way of changing you trajectory or the direction you are facing while in mid jump. It makes the whole experience feel a bit clunky and not what I’d expect from a modern platform game.

2) Pace & Momentum.
Since this game is set on Mars the developers have attempted to give this game an atmospheric slant with low gravity, floaty jumps and slow momentum. While this all adds to the game’s style it can be a little frustrating since it often takes your character a while to reach full speed as you’re trying to play. If you think back to classic platform games like Sonic or Mario Bros, do you remember how it was always the water based levels like Labyrinth Zone which slowed the pace of the game down? Stranded feels like this, only throughout the entire game, not just a portion of it.

3) Very little substance.
Stranded may have a gimmick in that you need to constantly replenish your oxygen, but very little has been done to capitalize or expand on this. There is little variety to the levels and hardly any interesting puzzles, obstacles or set pieces. This makes for an incredibly repetitive and boring game. 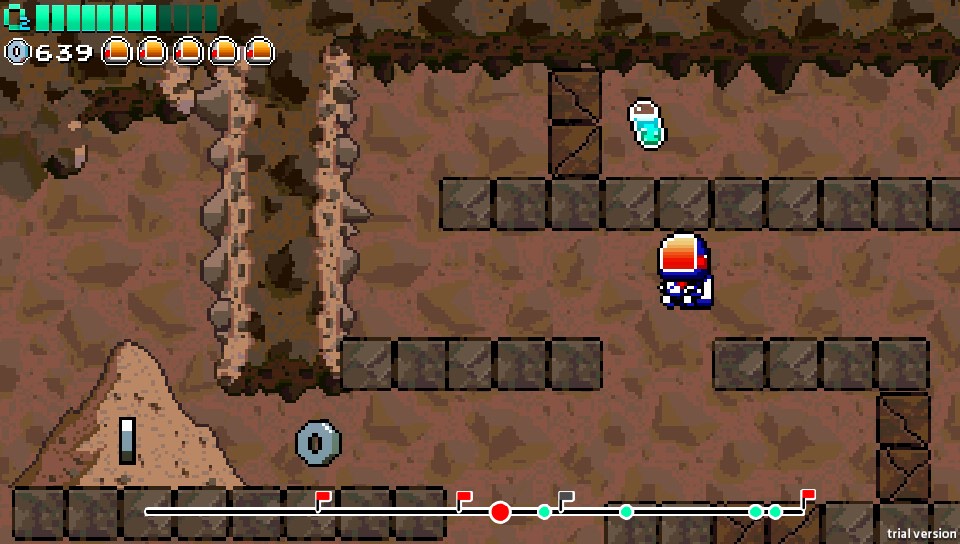 From a presentation standpoint, the graphics vary from mediocre to poor. The sprites are functional and I’ve certainly seen worse, but they are not particularly detailed or appealing to look at. Some of the terrain is passable in quality although the game’s empty and baron theme does put limitations on how interesting the artists are able to make the landscape look. As far as the music was concerned, it left me unimpressed. I can describe it best as synthesized mood pieces which give the game a sci-fi feel. Although I have heard other gamers appreciate this music I didn’t think it was anything particularly good.

When it comes to the overall challenge, Stranded is a bit inconsistent. I breezed through the first half of the game in about an hour or so encountering no major difficulties. As soon as I reached the halfway mark the stages were no longer structured in a linier fashion and became a bit more labyrinth like. At this stage I really began to struggle as I was constantly getting lost in areas that all looked the same, I had no map function and the clunky controls were really beginning to drive my patients.

In conclusion I found my experience with ‘Stranded: A Mars Adventure’ rather boring. It may be pretty cheap at £3.99, but personally I’d rather put that money towards something else on the PSN store.