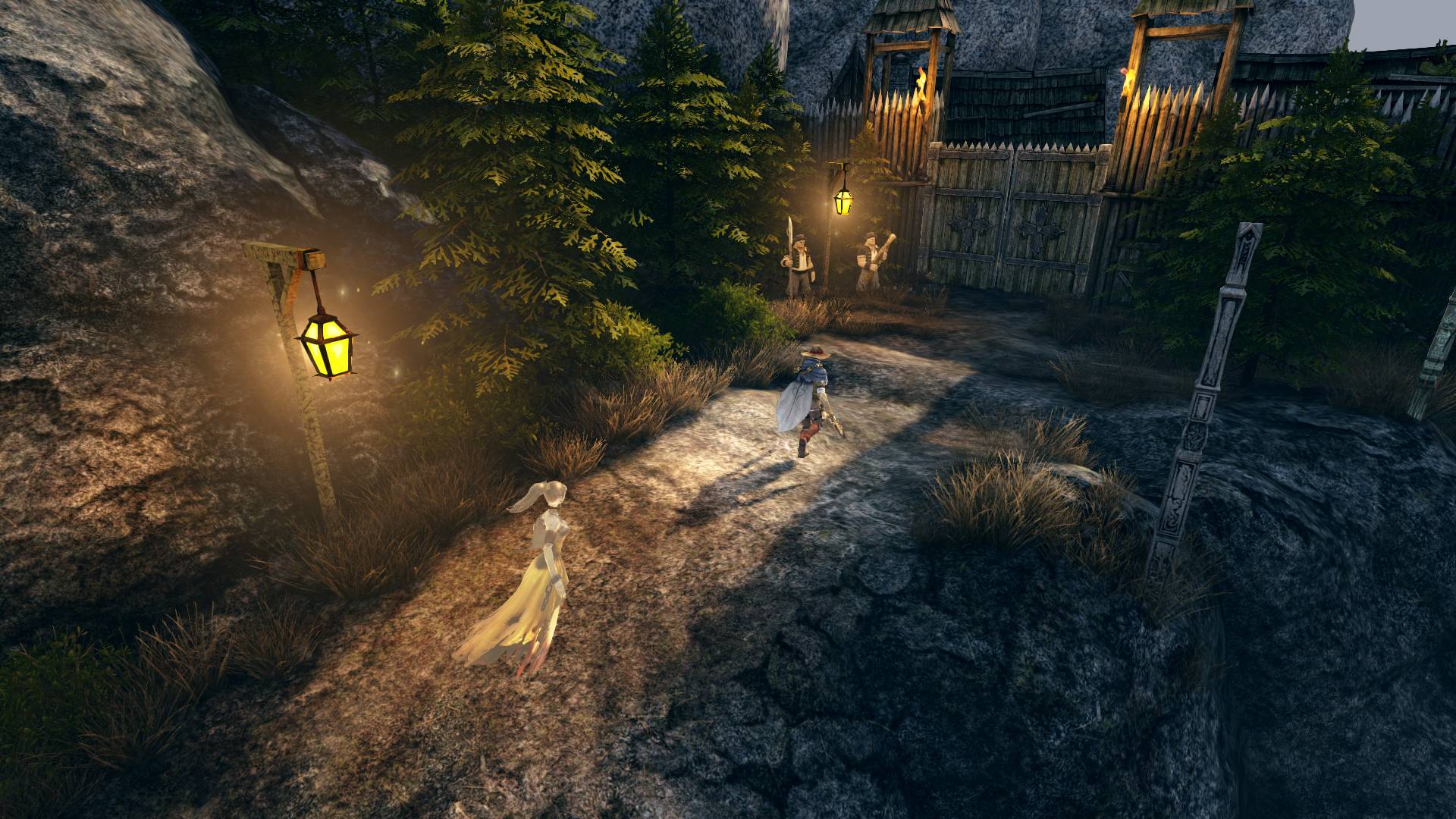 The Adventures Of Van Helsing is a hack-and-slash adventure-RPG from developers Neocore Games. You take control of the son of legendary monster-hunter Van Helsing and his wise-cracking ghost companion Katarina as they quest through the terror-stricken steam-punk lands of nineteenth century Borgovia, destroying evil in their wake. But before you roll your eyes and dismiss this as another game of a done-to-death trope, let me tell you; this is a surprisingly deep and satisfying ARPG.

Slashing your way through the legions of the damned not only rewards you with experience to level your dude and gain new skills, but also piles and piles of loot. Right off the bat, the similarities between this and Blizzard’s Diablo 3 are glaringly obvious. But that’s not a bad thing in my eyes. Sure, you can spec your character to be a high damage-per-second powerhouse, or make it so Van Helsing jr never takes a single hit with a high dodge value. But the game doesn’t force you to. In fact, I’d say that this is more accessible to the every-day gamer than D3 ever could be. 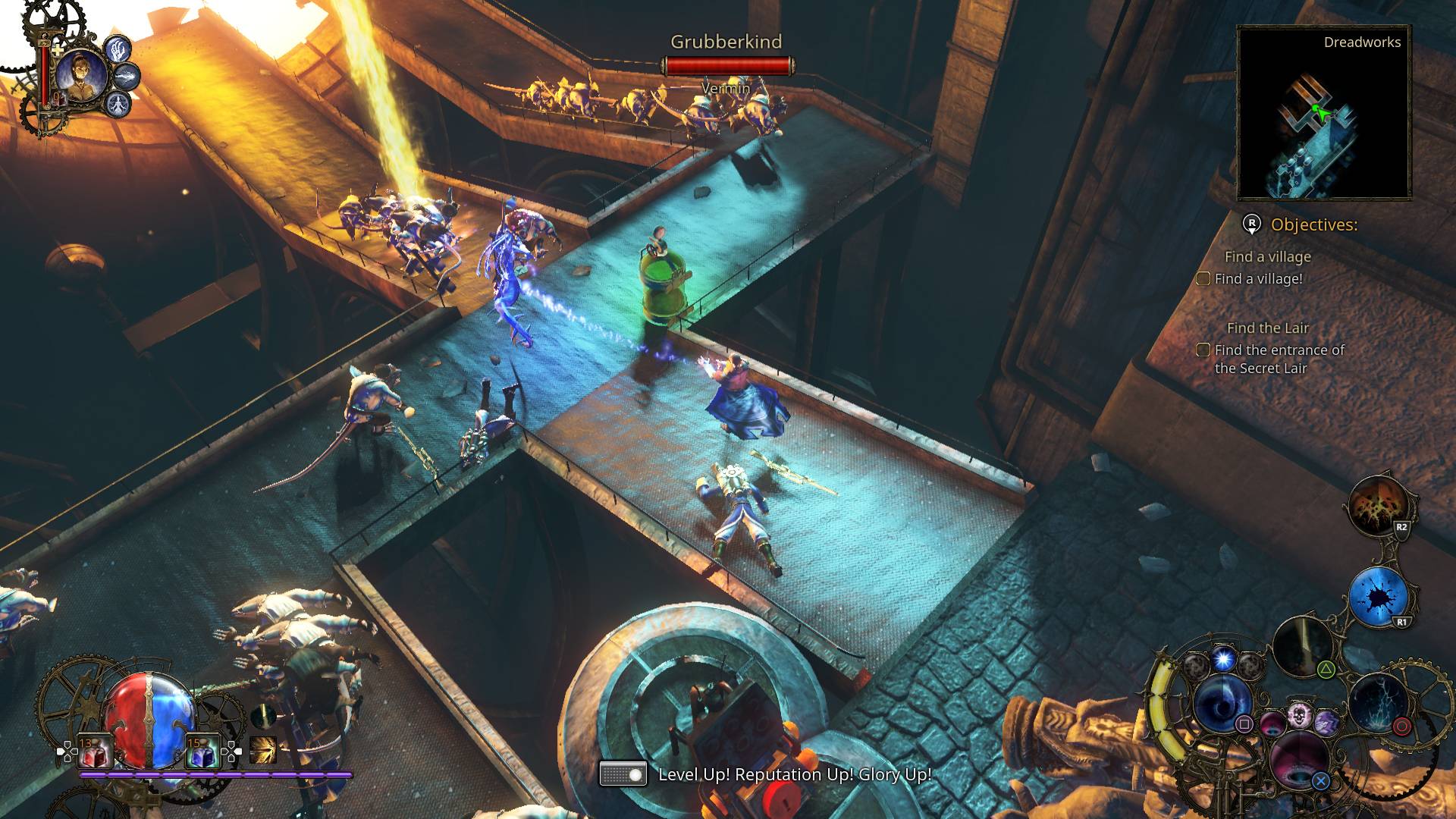 The game allows you to choose one of three classes at the start of your campaign, each of which is going to require a different play-style to progress. There’s the hunter class, who has access to swords, traditional firearms and a few spells to chop and blast his way through the lands, the thaurmaturge class (a fancy name for mage), who uses elemental spells and abilities to dispatch foes, and the arcane mechanic, a steam-punk style engineer who uses turrets, traps, poisons and contraptions to devastate the undead. I decided to play through with the hunter class and focused on the melee side of things to get the job done (what can I say? I’m a sucker for sharp things), but found that I was able to reassign all the skill points I had earned after I had met a certain character if I wanted to change things up and focus on the ranged abilities the class had to offer. Nothing was ever set in stone, which allowed me to find the play-style that suited me best. In addition, your spooky AI companion Katarina can provide melee or ranged support, can be programmed to grab gold or items, or even be sent to town to sell excess items and bring back potions. It’s nice to see a sidekick provide more than just witty banter and snide remarks (which she still provides in spades), and in my opinion was much more useful than I initially gave her credit for.

The loot, as expected, plays a major role in the quest to rid the lands of evil and serves as an extra incentive to slay as many things as possible. Items range from bog-standard equipment that offer few bonuses, to named epic-rarity gear that was not only inherently stronger, but also offers extra good-stuff after some conditions were met, like critical hits delivered or total damage dealt. Each of these items can be enchanted by the local gypsy-girl to bestow an additional random bonus, and can have even more perks added by slotting ‘essences’ into them. As mentioned earlier, it’s a surprisingly deep system that allows for a huge range of customisation to your character. 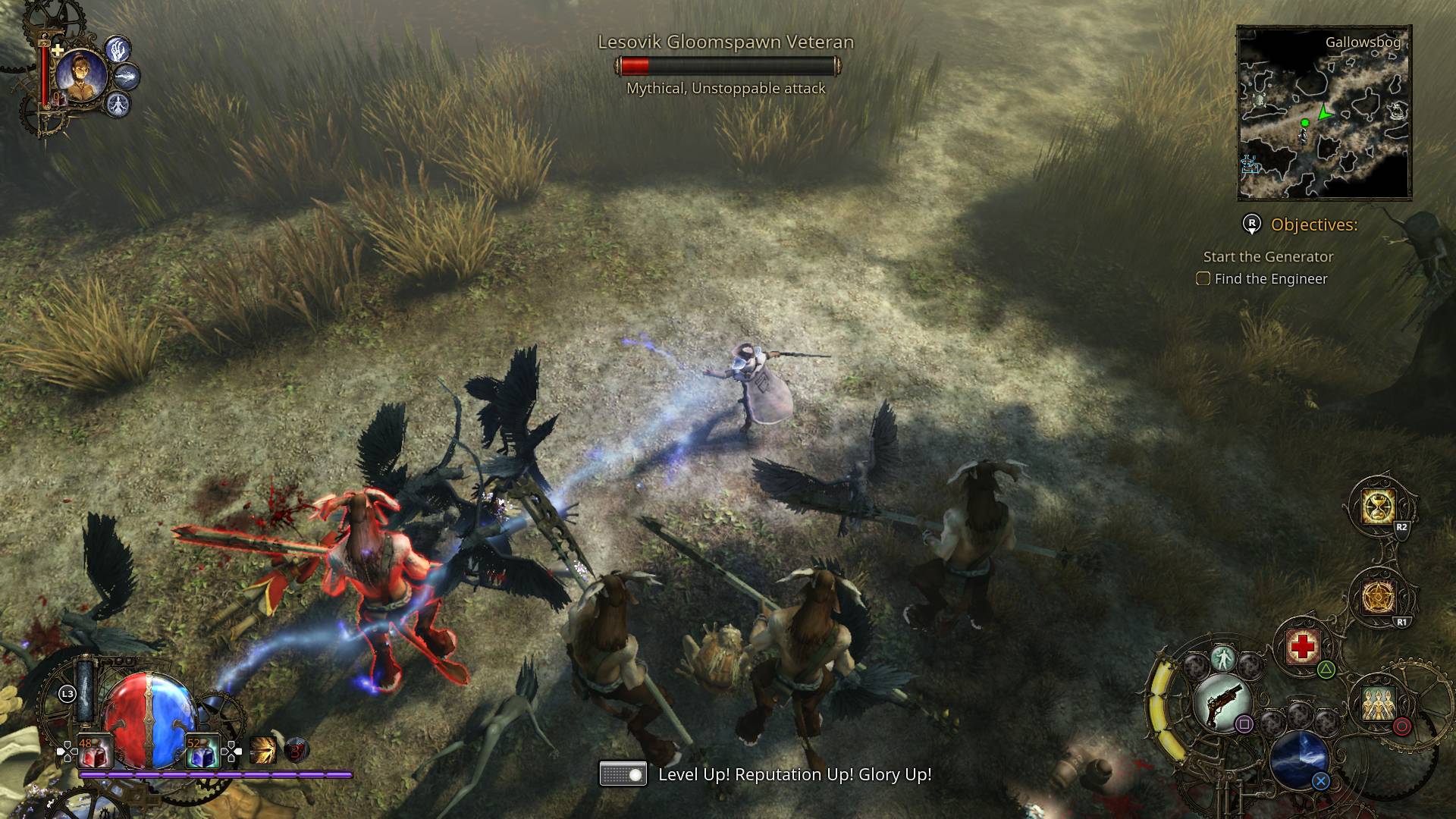 The enemies are well designed monstrosities that will explode into chunks or frazzle into piles of ash as critical hits are delivered, and the landscapes are varied and large enough to contain hordes of enemies. The player character model will change his appearance somewhat depending on what gear you have equipped on him, and moves fluidly through the terrain. Visually, it’s not quite as polished as some of it’s rivals (there were one or two choppy rendering issues), but that’s to be expected from an indie studio without a limitless budget, and it certainly doesn’t look bad. The sound design adds a lot to the overall experience, the gothic music is spot-on and the enemies all sound exactly as they should (actually, I’m not exactly sure how a mechanical werewolf should sound, but you get the point).

While my overall experience of The Incredible Adventure Of Van Helsing was mainly positive, I do have one or two little complaints. For starters, the enemies in an area don’t respawn. Ever. While I understand that it’s probably to stop people from farming experience and making the game too easy, I just didn’t like not being able to go and grab the last few points I needed to level up from a previous area. Also the menus can be quite cumbersome, and a fair amount of my time was spent trying to navigate to the section I needed to be on. Nothing in that area seemed particularly user-friendly. But other than that,  I’d say that this is a game that hardcore fans of the genre will still enjoy and those who are not as adept at stacking buff-spells as their die-hard brethren can still get a fair bit of mileage from. As mentioned earlier, the three character classes offer a different experience to one another, and new game plus is there for those who wish to take their characters through again, albeit through harder enemies, so it’s not exactly a one shot-wonder. A well thought out, humorous hack-and-slash game, full of pop-culture references and even if it is watered-down Diablo juice, still extremely enjoyable.