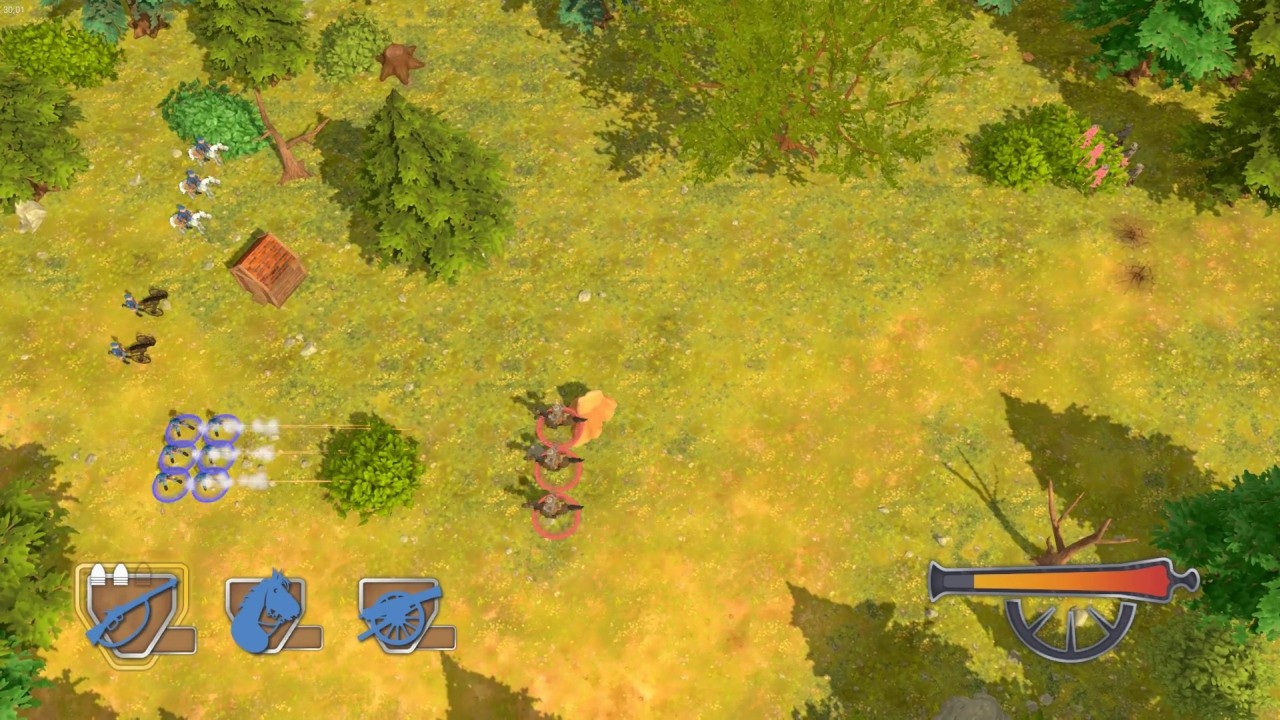 We’re at that stage in gaming where there’s a vast catalogue of titles to dip into and ‘reinvent’ or bring back to those who played the originals or for a new audience who may have missed out on them the first time around. It’s not all about franchises and making money from well-known characters, but the lesser-known titles too such as North and South. If you were around when the first one came out, you’d know that so many people were playing it, but it’s not one of those games that you’ll instantly remember, that is unless scouting out long play videos.

The Bluecoats North & South is a reimagining or reboot of the classic Amiga title that Amiga fans will rejoice about. The story follows the American Civil War, where you can either play as the North or the South, battling it out to win territories and overall dominance. It’s a light strategy of placing your troops on the numerous tiles, a.k.a. states, claiming the territory. As long as there isn’t anyone else standing on a spot, you can claim it; otherwise, you’ll enter a battle – the highlight of the original game. There are numerous forts scattered on the map as well, interconnected with a railway that will bring money to your ranks to purchase more troops, protect you from the weather (if a storm cloud lands on your tile, you’ll miss a go), and protection from raiders.

The more tiles you acquire, the more money you will win, allowing you to buy more troops. Aside from the numbers game, and giving you extra turns, you can stack them up to have a larger army, represented by cannonballs – the more you have, the larger the army. Other than dominating the map for more money, you can also secure the port for extra troops. Even if outnumbered, you can throw a spanner in the works by invading and capturing the enemy’s forts or taking a tile between a fort to raid their train for extra money to load up mini-games. Before covering those, let’s go to the battles. 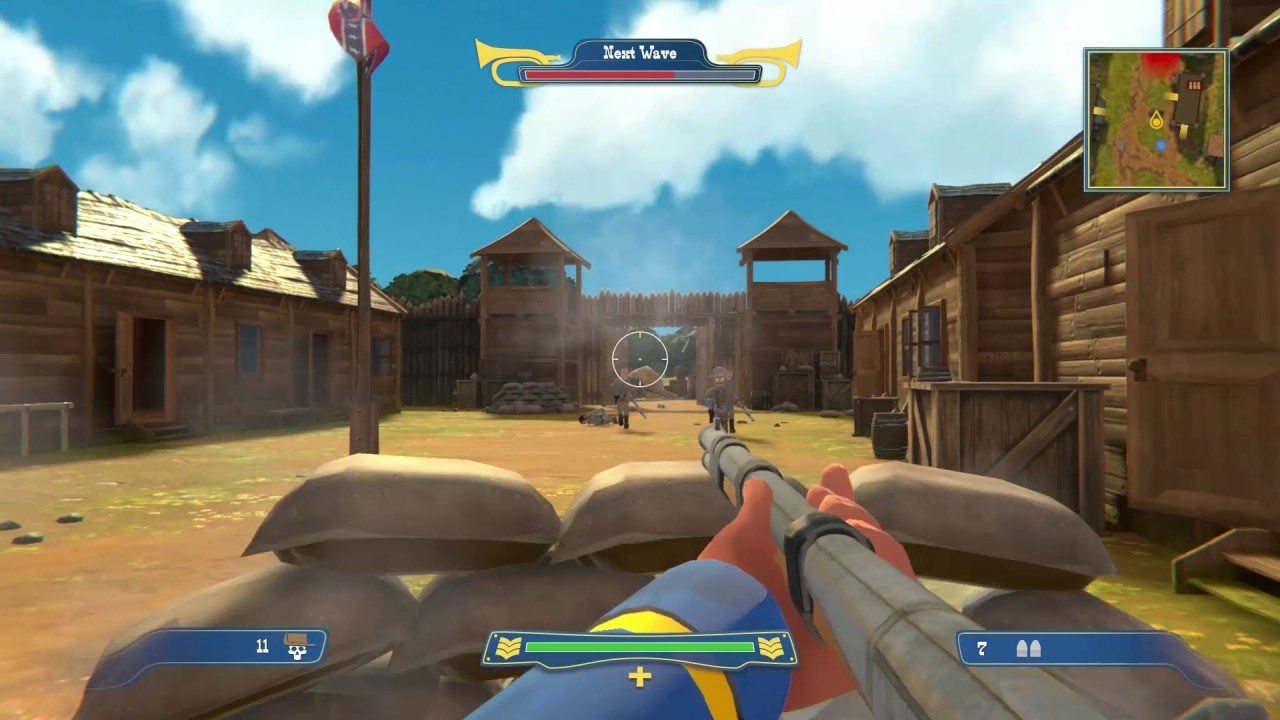 Battles take place on a variety of terrains, and you have three classes: a cannon, cavalry and infantry. Cannons have limited ammo and can only move up and down, making them vulnerable, and you hold down the attack to bring up a gauge for distances – as if shooting in a football game. Infantry are the most agile, but slightly slow but great for taking out the cavalry if you get your formation right. Finally, the cavalry, they can only go forward and work as a trio and are the fastest. If you’re able to get past their line of fire, that can flank the infantry and cannons and kill them with their melee attack. Once the battle gets down to one member, it goes to sudden death: win the match, and you secure the territory/defend it, lose, and you lose your spot (and division).

And here’s the opinion bit. The Bluecoats North & South emulates the original battle sequence pretty well. Other than having the troop who operates the cannon leaving it when in danger, the gameplay remains unchanged. You can swap between the ranks and change their formation, and it’s all very serviceable, but it doesn’t have the same fun as before. In the original, the units moved slower meaning that anyone good with the cannon could pick off a whole army (or blow up bridges), easily winning the match – and this was fun to induce a rage quit from a mate who loses an army in a minute or so. While the gameplay remains the same, it’s lost the charm somehow and feels a bit flat. 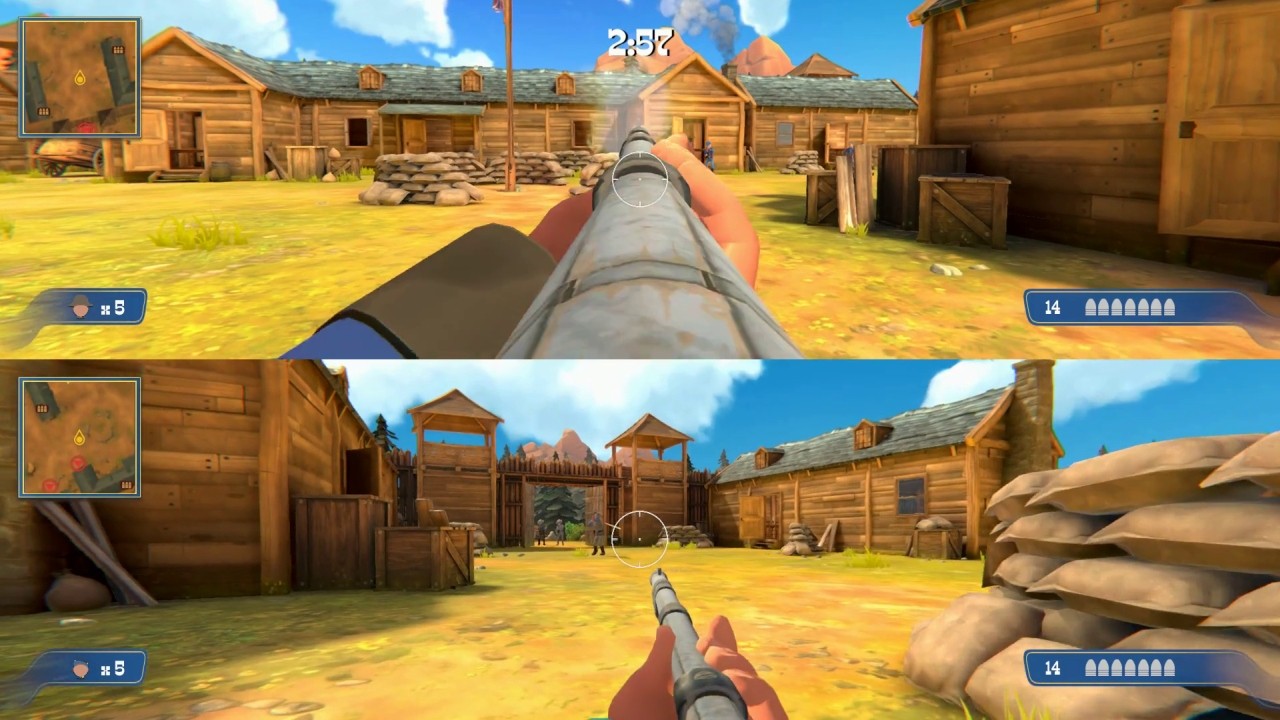 It got to the point that I was triggering the mini-games over the battles to win the game, as these are much more stable in that you can earn a win as everything is in the first-person mode. From robbing the train to attacking or defending a fort, it’s a simple FPS element that is 100 times easier than the ridiculously challenging mini-games from the original. However, they’re incredibly dull. Movement is slow, aiming sluggish, and the enemies just churn out in a sequence of monotony.

There are more modes this time around, and you can pick different times of the campaign to play, or take part in a multiplayer – the best part of the game. But what made North & South so much fun were the battles and not the mini-games – in the last one the defending player didn’t have much of a role. Again, it just felt flat, and the biggest difference between this revamp, and the original is the charm. The first one has stupid music, little Easter eggs of clicking on a photographers bum to make them chuckle, or the simple build-up to a battle. Here it’s all missing, and if it were present, I didn’t notice.

Presentation-wise, the visuals are an improvement to the original, but we’re talking about a game from 30 years ago. The upgraded graphics aren’t anything special, though that’s not so important in a strategy game, movement is quite sluggish, the animation is choppy, and quite frankly, it was a bit of a bore. Those elements are essential, and I have to say that this was a let down – and it’s not about putting the original on a pedestal.

An attempted reboot at a classic multiplayer that has been stripped of its charm, playability and general fun experience. The Bluecoats North & South feels more of an experiment with a classic rather than a well-thought-out reimagining.