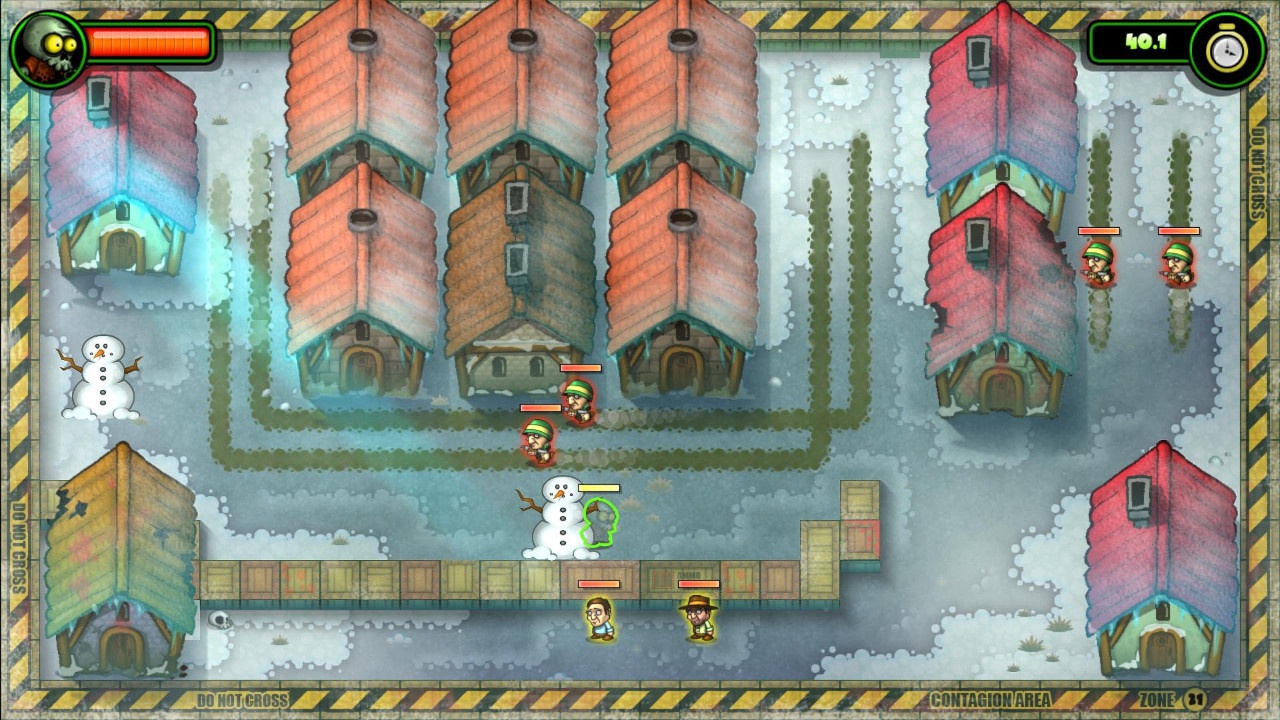 I’m a sucker for light puzzlers which are easy to pick up, never unfair but still challenging and overall fun to play. I, Zombie doesn’t quite manage to tick all of these boxes. Albeit easy to pick up and somewhat enjoyable, I did have my gripes with its sometimes frustrating mechanics that would turn the game into an unfair experience.

But let’s take it from the top: In I, Zombie you are taking control of the leader of the undead and your job is (as far as jobs for zombies go) to infect every human on the screen. From a top-down perspective you turn humans into zombies by just touching them and, in good old zombie fashion, the infected will be able to do the same vice versa. Unlike yourself your henchmen follow three simple commands: Follow, attack and stop. You won’t be able to command the turned individually but rather as a group which can ramp up the difficulty if you try to navigate around objects on the screen with several groups of followers being scattered on the map with one action that applies to all of them at once. 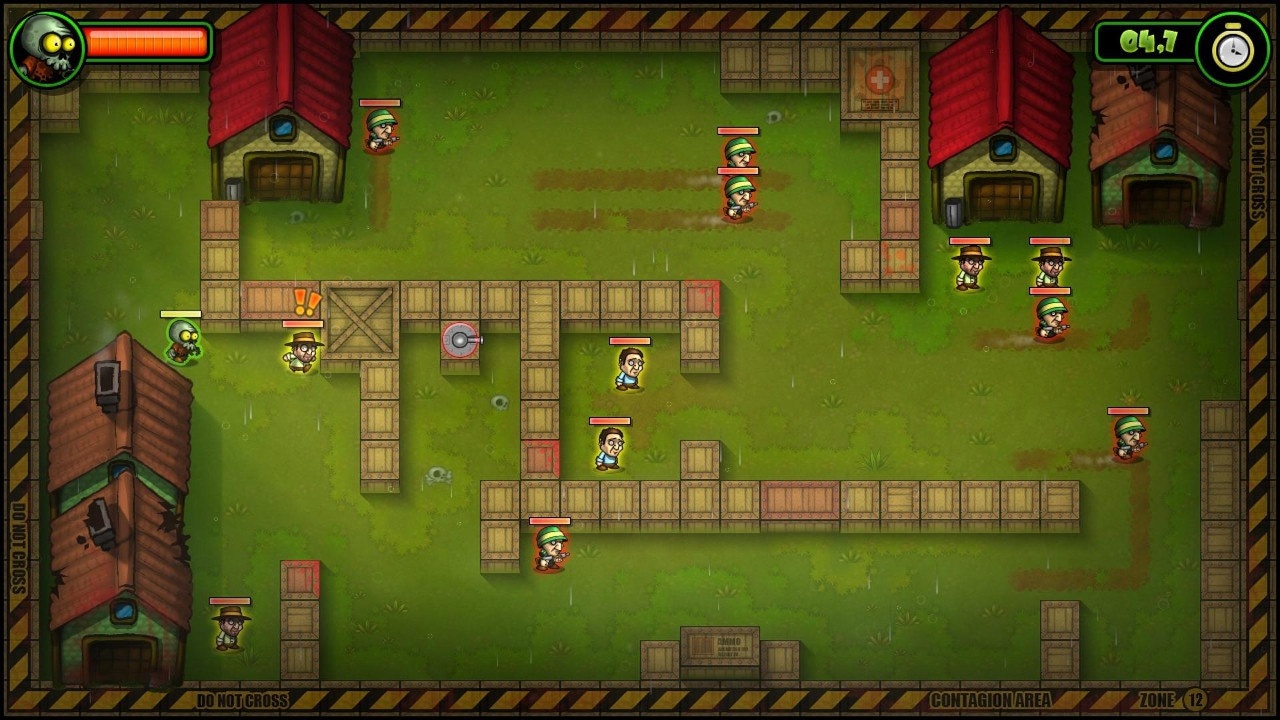 Your enemies are armed with guns and will shoot on sight. They will also stop patrolling on their fixed path when they see you. It’s a mechanic you can use to your advantage if you want to split up soldiers patrolling in groups. When you manage to leave their field of view they will return to their fixed path. That’s all the AI has got to offer and unfortunately that’s also the only type of enemy you will encounter. When you or your followers are being hit by gunfire they will be slowed down in movement substantially, therefore planning attacks ahead is crucial and your timing needs to be ridiculously exact which can lead to many frustrating trial and error situations.

The action takes place on one screen with hand-drawn comic style graphics representing the characters and several static objects such as houses and crates. For a game of this size this is expected and I really like the added weather effects; With the subtile piano music it helps to establish a great mood for the zombie theme. It’s reminiscent of Pop Cap’s Plants vs Zombies in that respect.

With only 30 levels the game could have more content but it’s okay if you put the price into account and the fact that the game comes with online functionality and a level editor. In fact, for beating a level you will be rewarded up to three golden stars similar to Angry Birds. There is some replay value here if you want to max out your stars which can be quite a task as certain random elements and the need for extremely accurate timing is needed to achieve a full score. 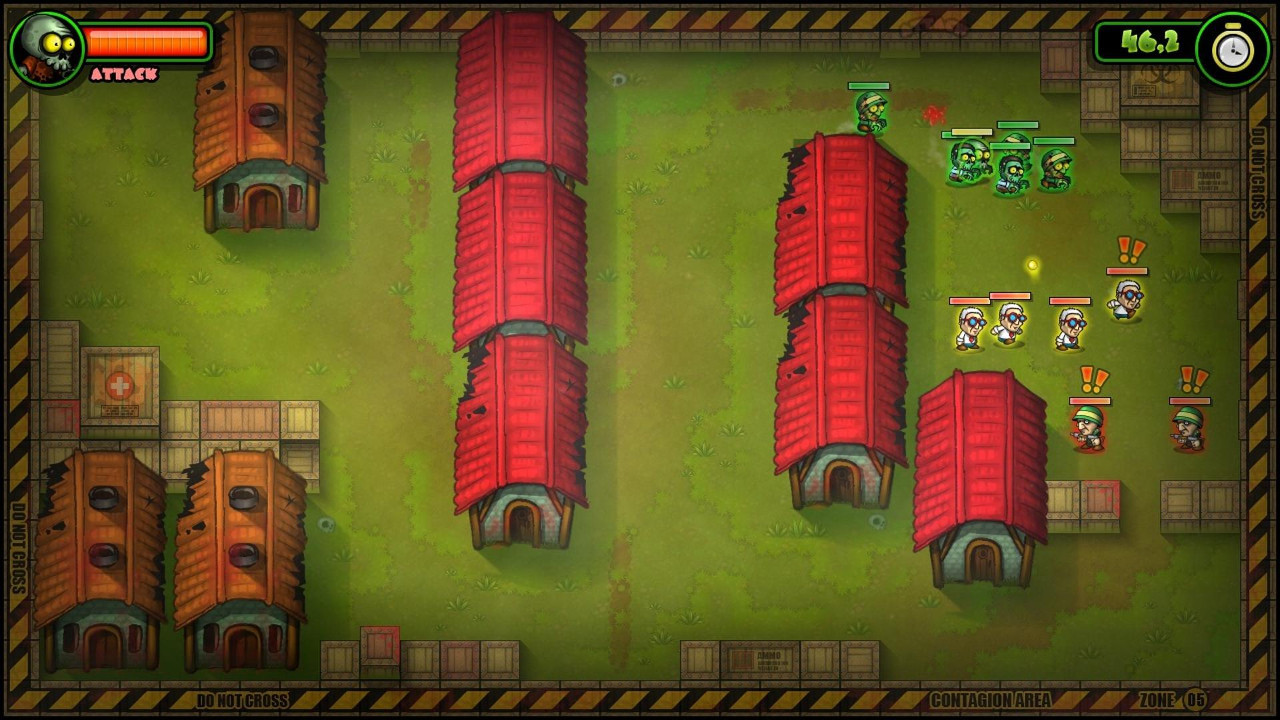 The level editor is easy to handle and I was surprised by some of the levels the community uploaded. They range, similar to Super Mario Maker levels, from hilarious to unbeatable hard. Your uploaded level will be ranked by the community to eventually being pushed further up the popularity list.

In my around five hours of playtime with the offline campaign of 30 levels I was in limbo between entertained and getting frustrated due to the trial and error approach I, Zombie takes in the latter half of the levels. For around five quid this little indie game has enough content to more than justify that price due to the fun online functionality.