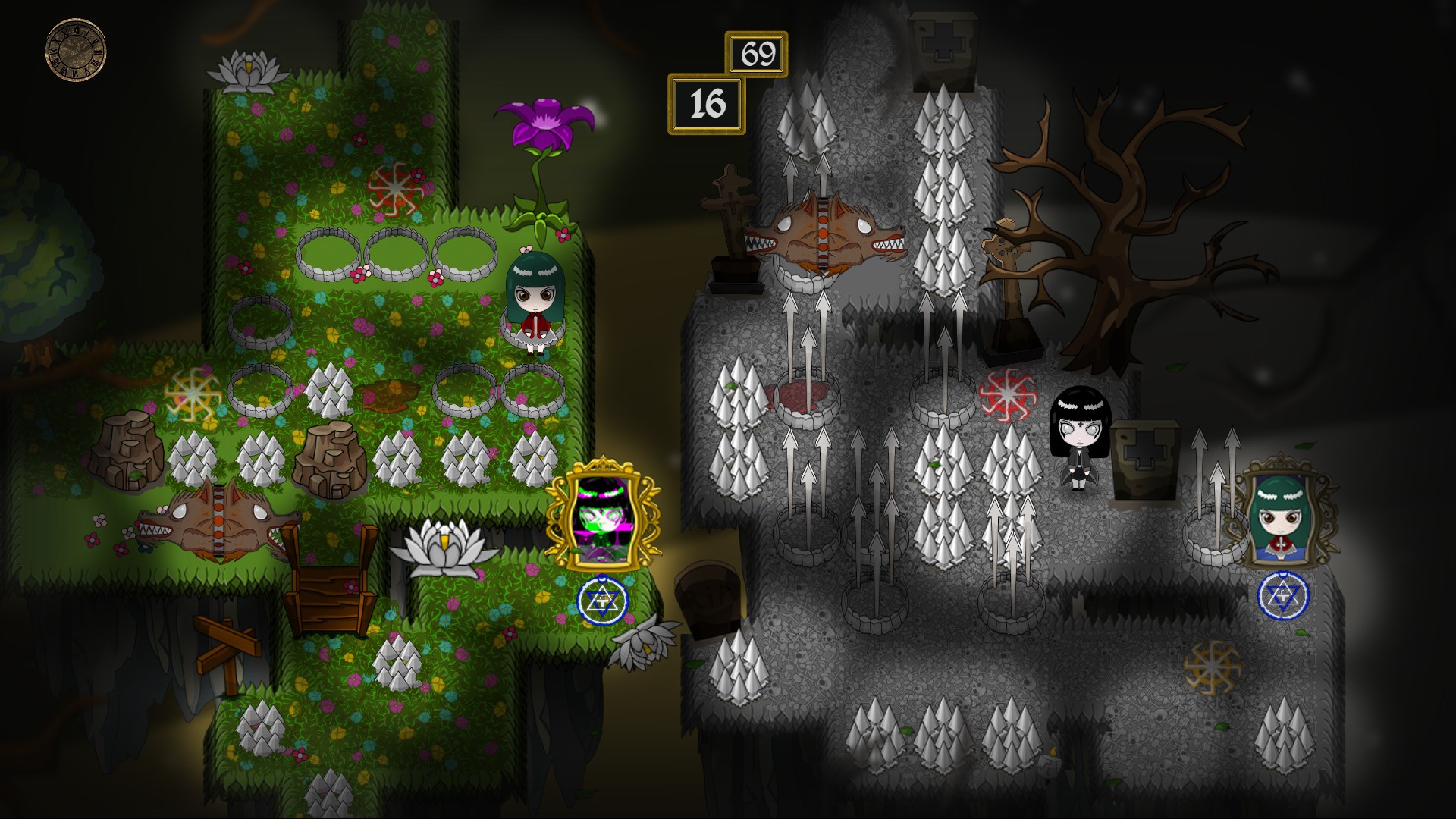 Every now and again you come across a game that deals with mental health issues, or at least have it as part of its story or as an explanation as why the mechanics are what they are. Just like television and film, games need to tread carefully with such a subject. On one hand, mental health issues shouldn’t be the main influence on how the game plays, but on another there should be enough content relating to the issue that explains its effect on what is happening. Reflection of Mine deals with DID otherwise known as Dissociative Identity Disorder, although how it portrays with the condition could be argued.

In Reflection of Mine you are meant to navigate the broken mind of a young girl called Lilly Witchgan. You need to help Lilly identify which personality is the real one as she discovers a dark plot within her mind. Reflection of Mine has you controlling two characters at the same time. One on the left and one on the right. The character on the left moves along a green landscape whilst the character on the right has to contend with a much darker tone. You move both characters across their individual landscapes to the exit, which located on the opposite side. The challenge is that both characters have different obstacles to navigate so you will need to constantly assess every step. Lilly has ten personalities and it is up to you to help her find which is her true self. There are 55 puzzles across 4 chapters whilst there is a separate arcade mode containing a further 10 stages. 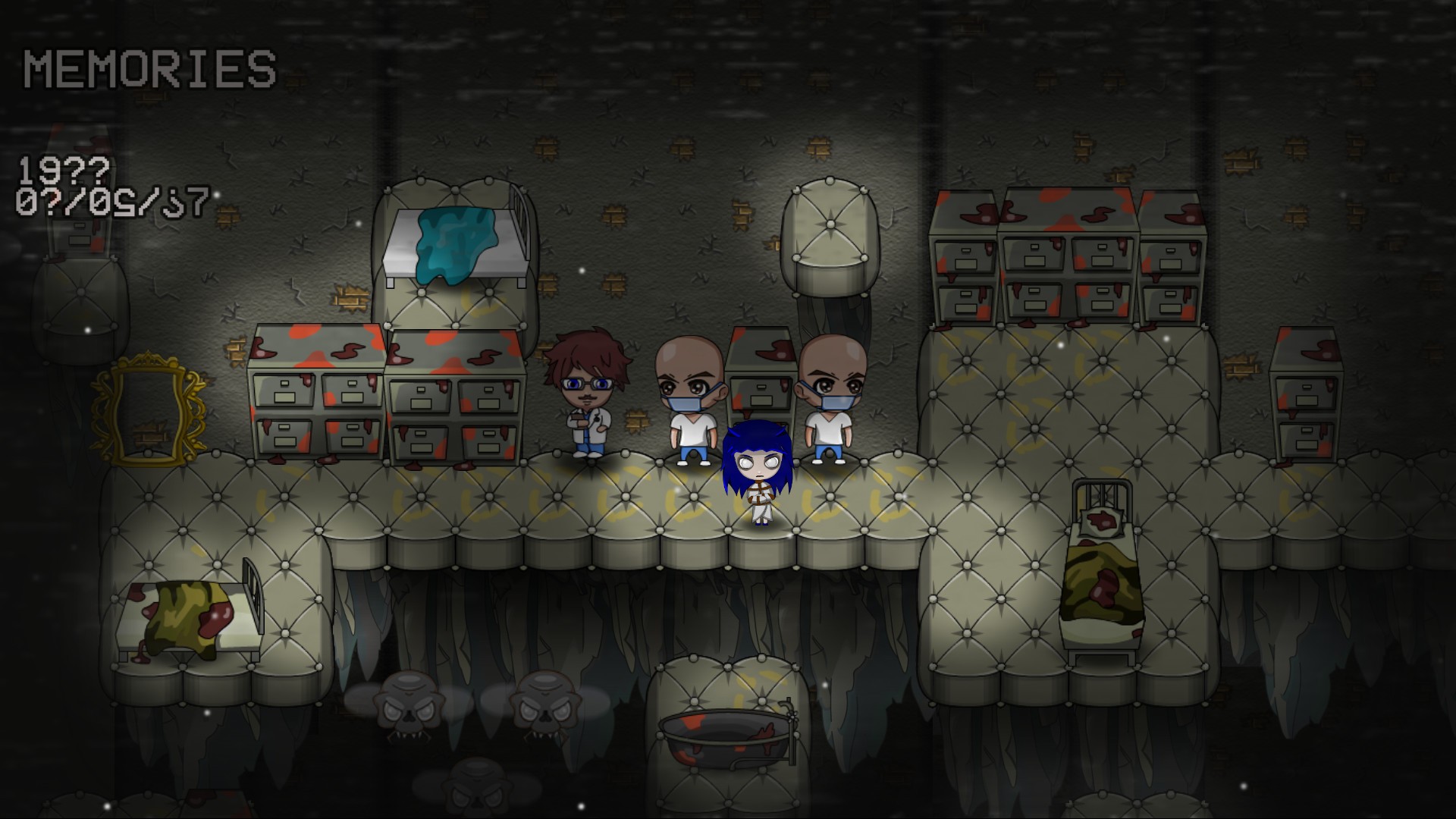 If you ever watched the film Split then you may have an idea of what is going on in Reflection of Mine. Basically, the different personalities are trying to take overall control but only one is the real Lilly. Through a series of challenging puzzles, you will eventually find the correct personality. Reflection of Mine is like a maze puzzle in its structure, you navigate through a path or sets of path to the exit. Each level delves further into her mindset, completing each level releases a part of her true self that she can piece together. There are 3 difficulties you can play with, obviously the harder difficulties are more challenging with penalties for how many moves you make and removal of hints.

In regards to how Reflection of Mine plays, it’s quite simple, but also very challenging at times. If you press up both characters will move unless there is an obstacle in the way. If there is an obstacle in the way on of the two maps, then that character will stay where they were, now if you move left both characters will move left but the first character will be higher up the map compared to the other. You need to plan ahead a fair bit and also look out for those obstacles that can kill you, if you die then you restart the level. Luckily, there are save points on some levels so if you do mess up that will be where you restart. If you die enough times you will be asked if you need help, if you say yes, you’ll be brought to a vertically-scrolling level where you must pick up various things that will help you progress further. 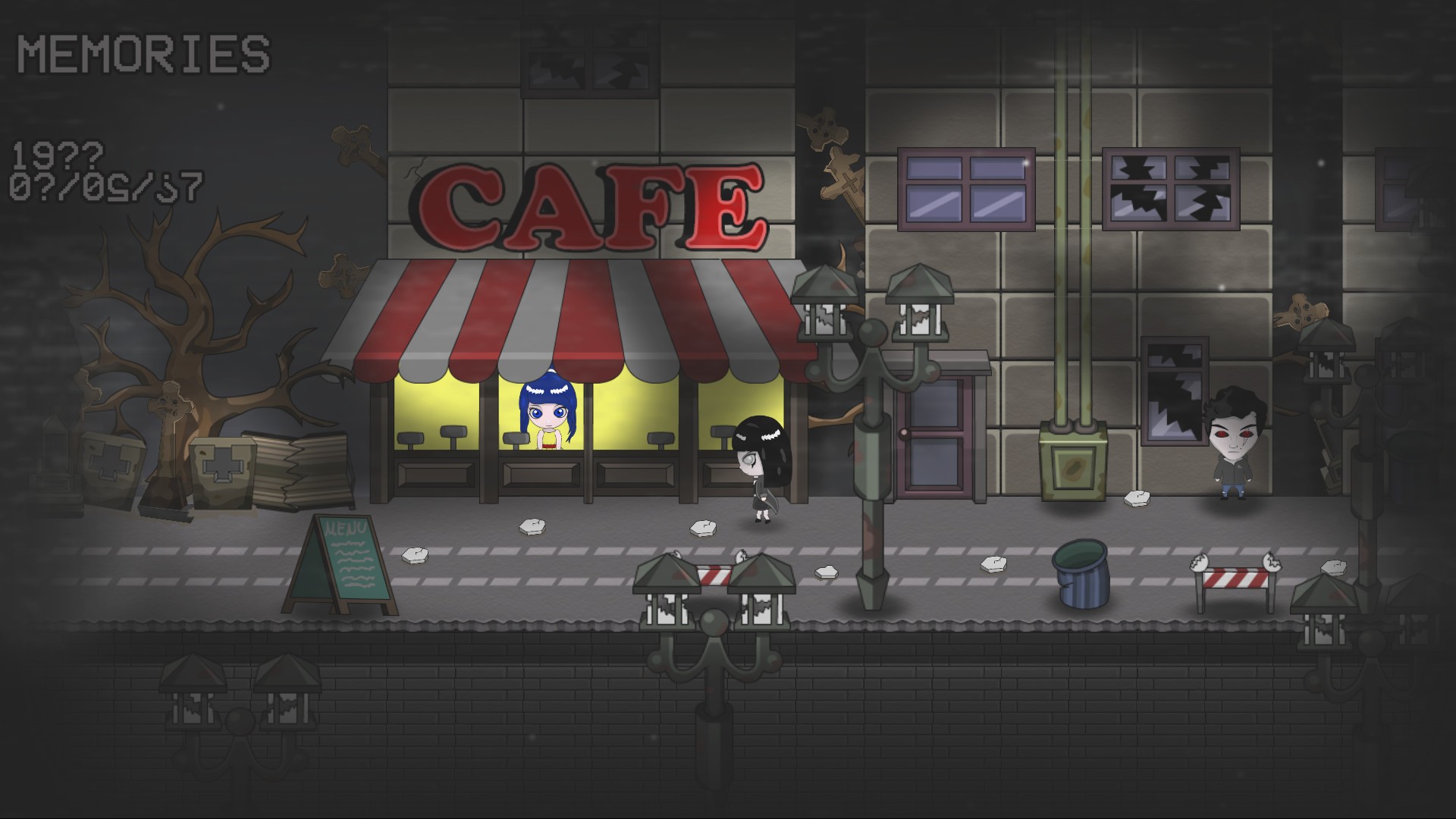 Graphically, Reflection of Mine has four very distinct stages and each personality shines through. The art on show is a mixture of darkly lit and sombre tones interspersed with cuteness, but the overall feeling is of creepiness. Musically Reflection of Mine goes hand in hand with the dark themes you are playing through, the whole experience is one you might not actually enjoy not from a gaming perspective but because of the subject matter. In terms of replayability once you have completed the stages you can go back and collect some keys that give more insight into the story but overall there is about 10 hours play.

Reflection of Mine Review

Lilly has to find herself before it is too late in Reflection of Mine….