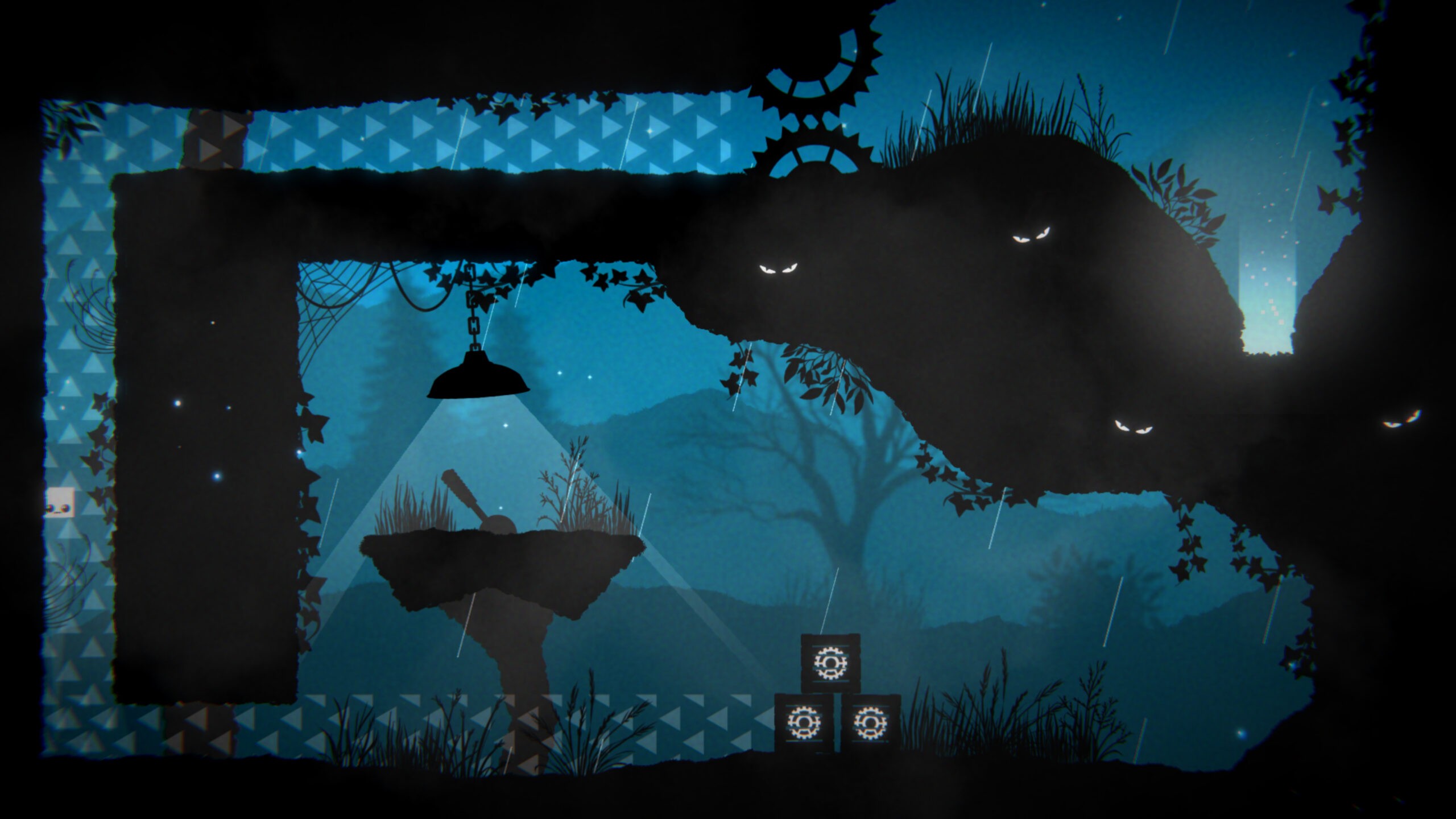 If you are lucky enough, you may have played some gems called Midnight, Midnight Deluxe and 36 Fragments of Midnight. 3 games made by Petite Games. The latest incarnation is Birthday of Midnight released by Ratalaika Games who have conveniently provided another easy Platinum for you Platinum Trophy hunters out there. Each iteration of the Midnight series is a little different in gameplay, this time around Birthday of Midnight acts almost like a platformer with golf mechanics. 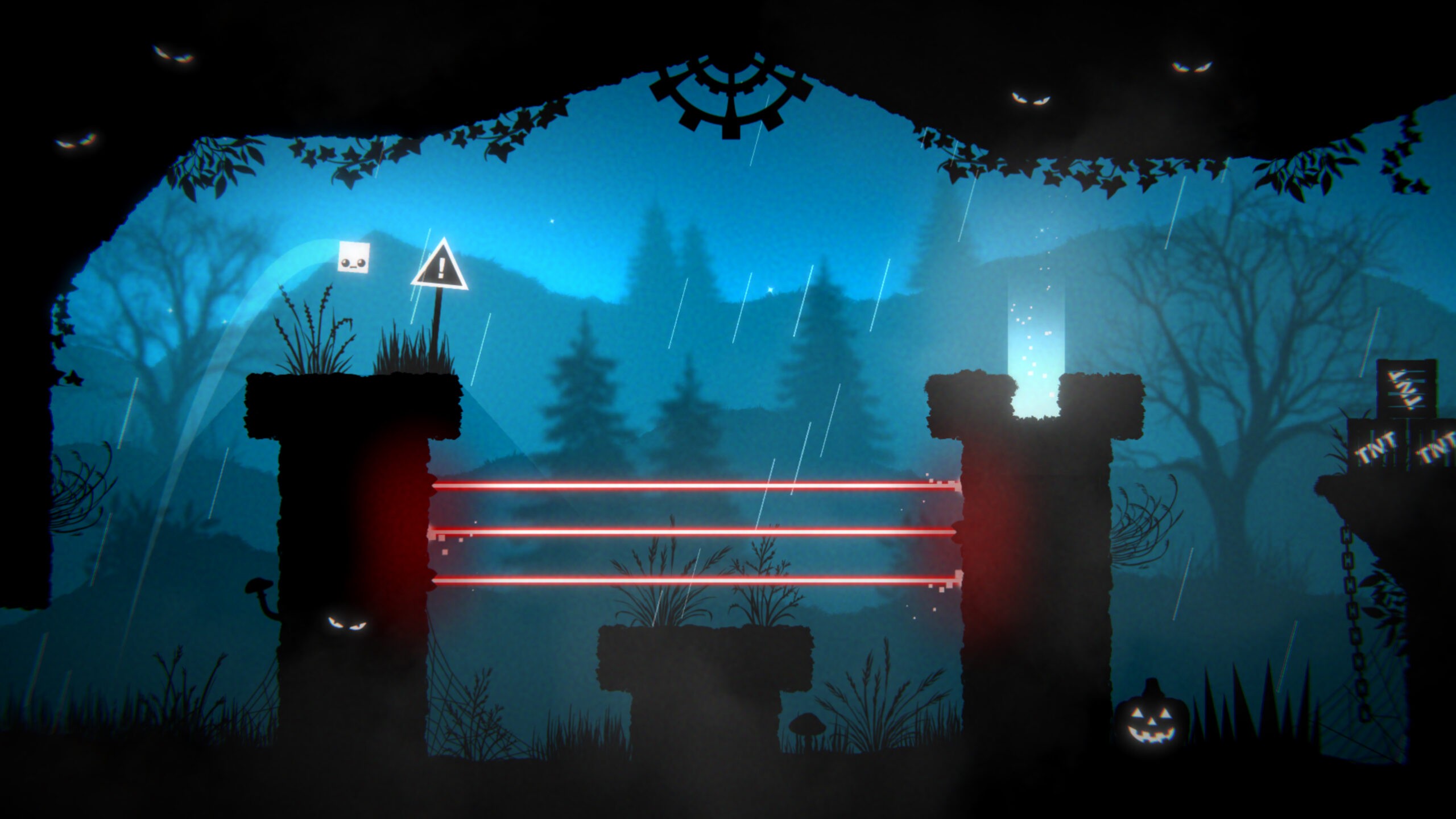 Just like previous Midnight related games, you only need to concern yourself with a couple of buttons. In Birthday of Midnight you simply have to choose which direction Midnight will go and how hard in that direction he will travel. There are the usual obstacles in place such as spikes, lasers, explosives and circular saws, Midnight doesn’t have a health bar as such, you touch one of these obstacles and you have to restart the level. Thankfully, there’s barely any loading between screens so you don’t have to wait for Midnight to respawn. Another obstacle you will come across in Birthday of Midnight are the screen edges, if Midnight is hit too hard he won’t just bounce off the side of the screen, you will have to restart. You can acquire up to 3 stars on each level based on your performance, they don’t really add anything to Birthday of Midnight besides slightly massaging your ego. There are a few levels where speed is of the essence, for example being chased by certain obstacles or obstacles blocking your exit, a few more of these kinds of urgent levels would have been welcome.

Graphically Birthday of Midnight is much like its predecessors with a beautiful balance of dark and light shadings which give it an almost cute yet creepy feel throughout. Your character is meant to be a fairy, but has always looked like a block, but again Midnight does look quite cute. The slightly unnerving smiles of pumpkins are littered throughout, but knowing they are not going to do anything means the novelty is lost on some of the scenery after a few levels. Musically Birthday of Midnight has an endearing melancholy piano sound throughout, it goes quite well with the fixed scenes you are playing through. Once you get through the 70+ levels in Birthday of Midnight, unless you want to go back and try to get each level to 3 stars there is little point going back to replay them. Beyond the golf mechanics, there isn’t much variety in Birthday of Midnight, in some cases you can finish a level with one well versed powerful stroke which means some levels can feel under-appreciated. 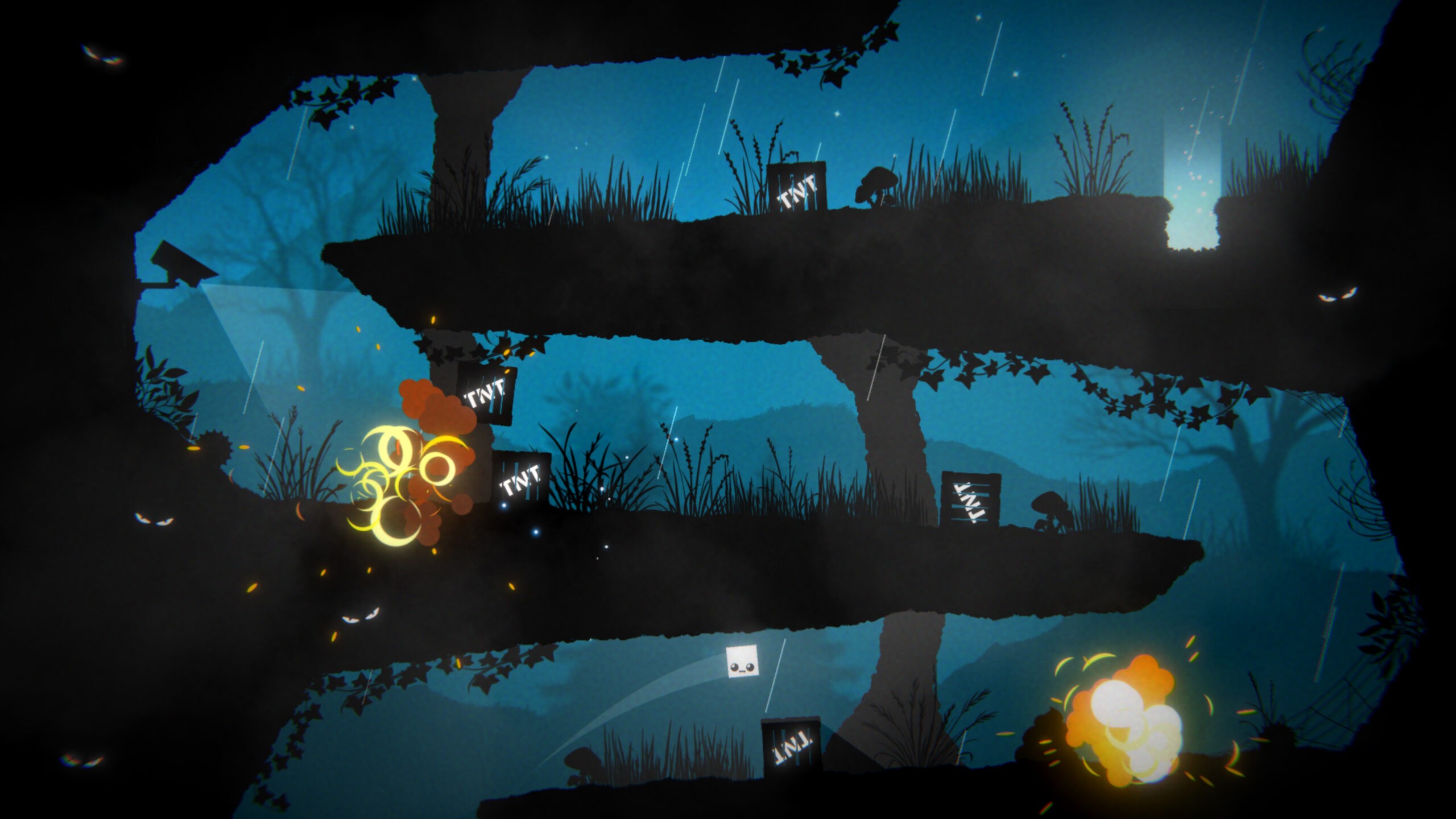 Birthday of Midnight is a fairly straightforward platform game, it’s mildly challenging, but quite pleasant to play through. It is not the hardest game in the Midnight series so it could be a good entry-level for new players, but previous players will not find it that much of a challenge. The Halloween vibe means Birthday of Midnight is probably best played around the spooky holidays but it’s a reasonably enjoyable platform fest for a couple of hours any time of the year.

Midnight returns once more, this time to celebrate their birthday!