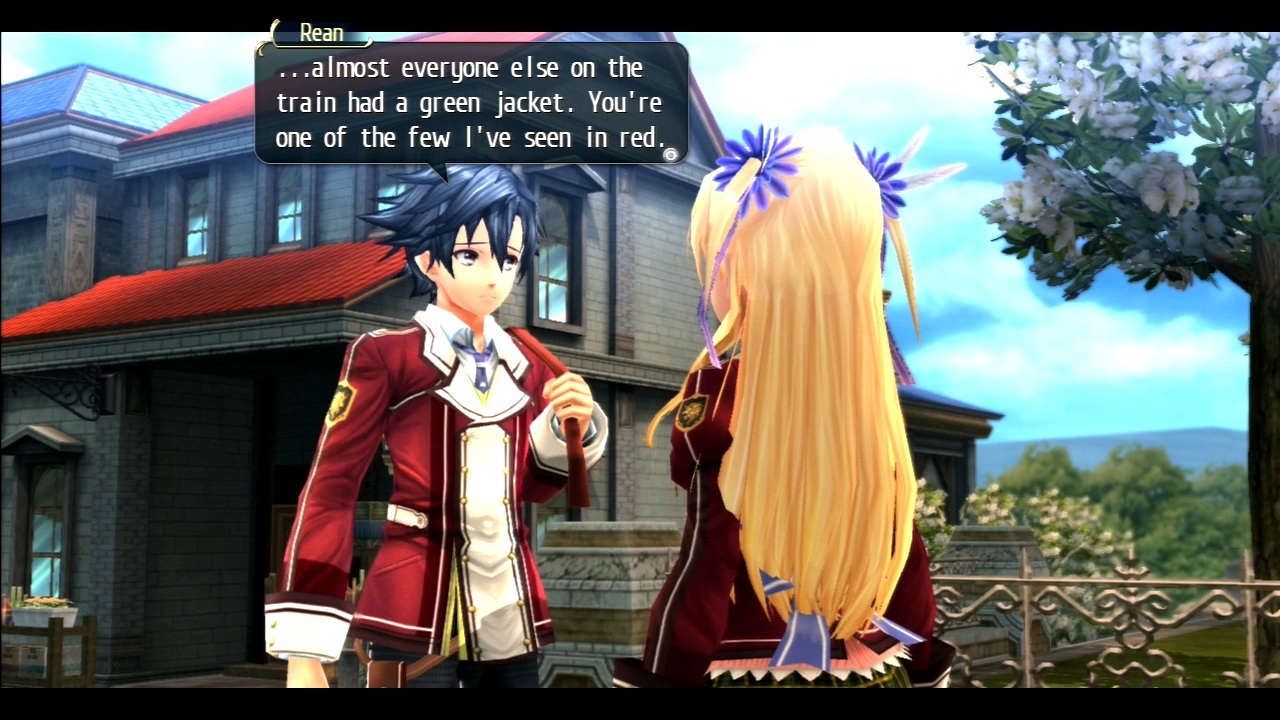 The legend of Heroes is more popular in japan than any other country. However its full localization and English voice acting has made this game much more appealing here in the UK and US. The voice acting is really solid too each voice matches the characters extremely well and I am usually one of those people who wants to switch to Japanese voices as soon as possible I didn’t feel the need to here.

The Legend of Heroes: Trails of Cold Steel is one of the best turn based RPG’s I have played on my PlayStation Vita. It’s no secret that the Vita is devoid of decent games, its struggling so Cold steel and the legend of Heroes series is a much welcome addition to the Vita library. You do not need to have played the previous game Trails of the sky to understand this one, it’s a standalone game. The plot is very dialogue heavy and unless you find yourself interested in it you’re going to have a hard time to keep going. I will say though the story by chapter 3 had me engrossed enough to finish it and there’s one hell of a cliff hanger at the end of the game leaving it open to a sequel which I’m sure will come.

The game for the majority takes place in a school and yes I know this is becoming quite a craze many JRPGs are set in schools however this one is kind of different in the way it goes about arranging students for the school. A military school decides to create a new class Mixing Nobles and commoners as you can imagine the two don’t really get on. A basic enough concept however when you throw in eight main characters into the mix each with a good enough personality and useful enough skills to get you to want them in your party you will find yourself deliberately levelling them up just to see what new arts and crafts you can uncover. That’s not to say all Eight characters get a lot of screen time because that’s not the case the game wants you to favour certain characters and you always find yourself wanting to learn more about them. 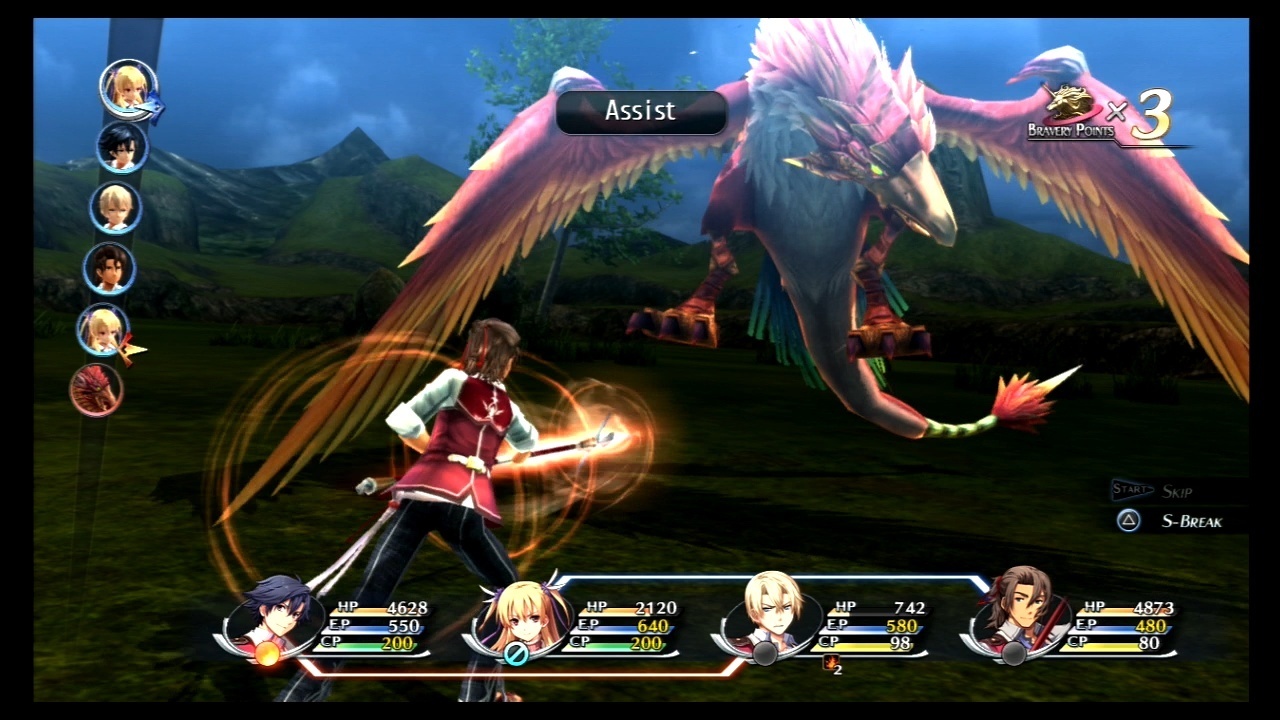 Arts and crafts act as magic in this game if you will. Each student has their own unique art. You can even use them in a sequence of chains should the enemy be vulnerable. One thing I really liked about the legend of Heroes Trails of cold Steel was the link system. It’s pretty easy to understand and you can link and unlink with people as you please. Linking with characters is a must as it gives you access to special abilities and stat boosts think of them as team attacks if you will.

As you spend time with a respective character your relationship with them increases and you will see difference’s in battle when linked to them so it’s important to remember to make the most of your free days this works a lot like the personas series relationship system. As your link levels up you will notice more attack’s and skills become available. Attacks do more damage you can get an extra hit in it’s not as challenging as you would expect and only a couple of boss fights really only caused me grief.

One thing I really liked about the game was the orbmant system it was reminiscent to me of the classic “Materia “system from Final Fantasy VII. Equipping these orbmants increase’s your stats and lets you learn new abilities as well. It lets you use skills that your character would not otherwise be able to use. Animations and attacks look very flashy at the start of the game it gives you a taste of how strong you can become and what kind of awesome moves you can expect to learn and it gives you something to aspire towards. The fact you have the option to skip anything even the ending celebration after a battle win all animations and even enemy turns can all be skipped at the touch of a button is a very nice option to have. 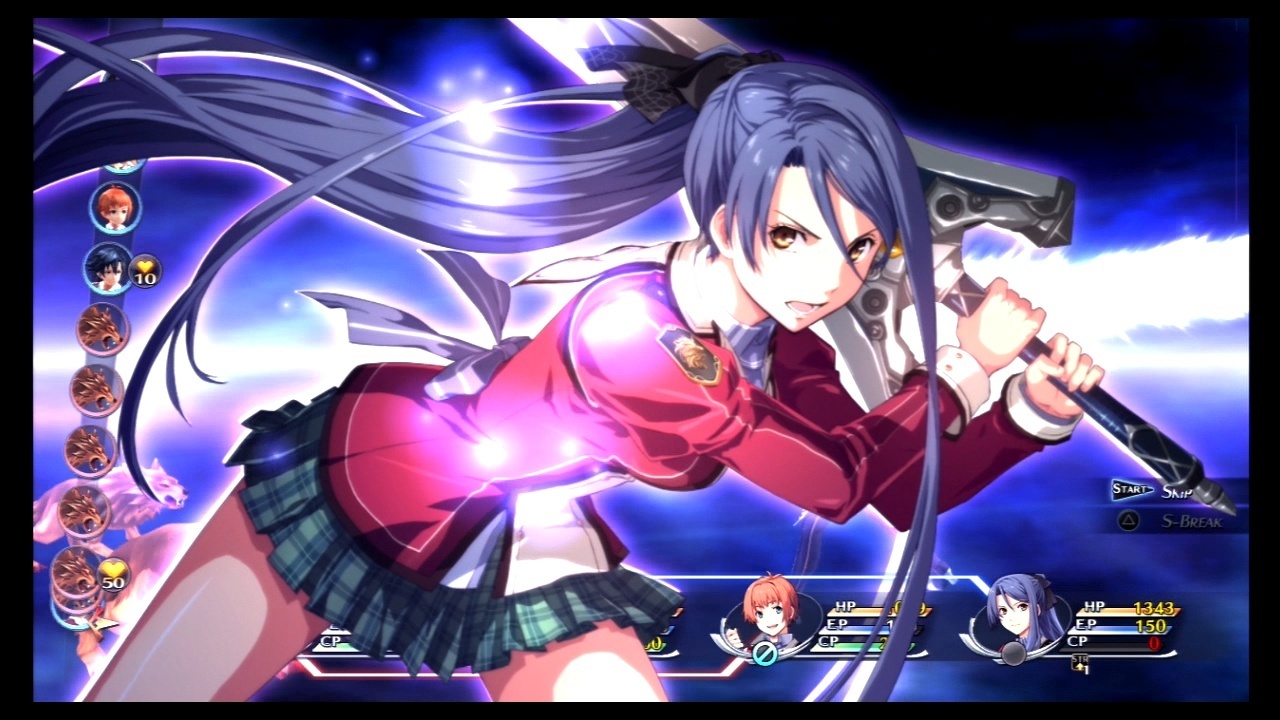 Graphics wise this is one of the cleanest, sharpest games I have seen on the PlayStation Vita to date. I did encounter some frame rate issues during certain cut scenes but not enough to spoil the experience at all. Enemy and player animations and moves are fluid and the Vita holds up pretty well. One disappointment about the game was load times are a little long but that’s to be expected on a vita as well as the cut scene lags which normally occur when a lot is on-screen at once. I am pretty confident this is the Vitas fault though not the games as other games I have played on my Vita (Sword Art online lost song) really suffer from this too. I do think this game could and would benefit with maybe a PlayStation 4 port for it to be as smooth as I know it could be.

This been a 50+ hour game with the option of a new game + too there is plenty to keep you busy. Just make sure you keep an eye on your Vitas battery life as the hours will drift away as you progress through each chapter. There’s plenty to like about The Legend of Heroes: Trails of Cold Steel its music is great voice acting is solid and it tells a rather intriguing story once it finally gets going. It won’t be for everyone but fans of the original and Japanese Role playing games in general should definitely check this out. It’s about time the Vita got a game worth playing and here it is.