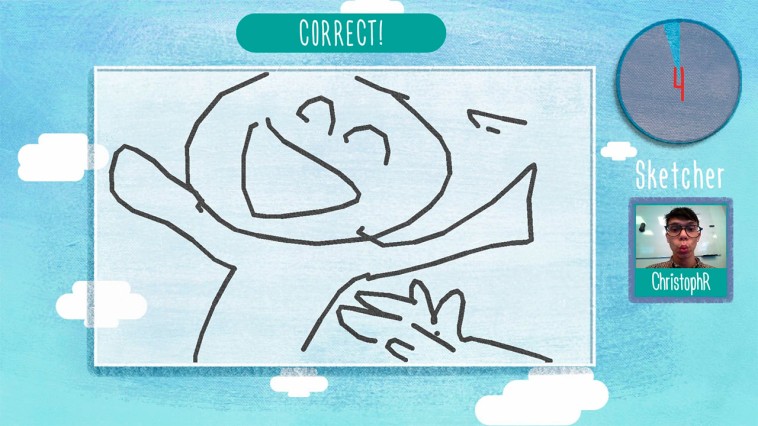 Since the Wii U’s inception, Nintendo have been trying (largely in vein), to develop games that truly justify the existence of the GamePad. Beyond the recently released, Mario Maker and the somewhat underrated, Nintendo Land, there have been very few video games that have successfully utilised the core feature of Nintendo’s long struggling home console. Little did they know that the perfect fit was already out there and, believe it or not, has been since 1985.

It seems so obvious now, but Pictionary and the Wii U really are a match made in heaven, and while Retroid Interactive’s, PictoParty doesn’t do anything that can’t really be achieved via a pen and paper, it streamlines the process to such a degree as to essentially make it this the definitive version of the hugely popular game.

With only the GamePad itself needed, PictoParty can be enjoyed by as few as two and as many as fifteen, and while few are likely to be playing this game with fourteen other people, it does give you and idea of the lengths that the developer has gone to to make this a truly customisable and pleasingly user-friendly experience. Beyond the ability to play in teams or individually, the vast array of options, while relatively straight forward, provide you with the ability to craft each game based upon the specific requirements of your set-up at the time. Whether it be the amount of time each player has to draw, the penalty imposed for a passed item, or the ability to choose between individual dictionaries, there really is an option for all circumstances. 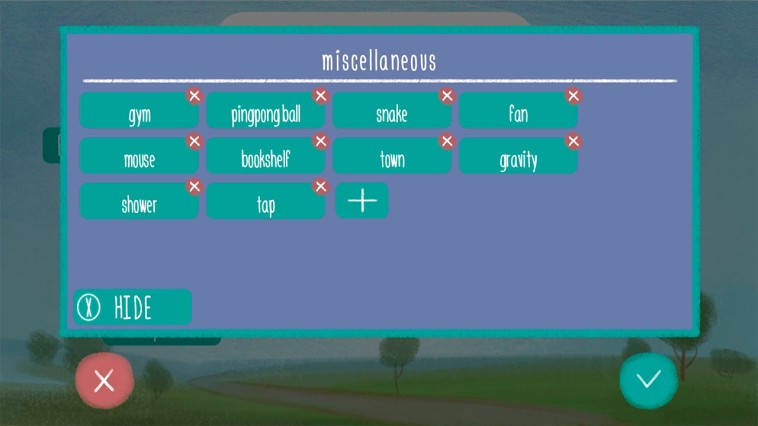 One of the finest additions however, is the ability to add custom categories, thus allowing you to customise games based upon those currently playing and essentially, allowing you to make the experience as broad or personal as you wish. More interestingly, it also allows you to make the game as, hmmmm, how should I put this? As grown up as you wish to make it. Fancy a bit of blue? How about slang that only you and your friends use? There is nothing stopping you from creating the game that you want to play, and choosing between these options requires nothing more than the click of a button…..or the touch of a screen I suppose.

The fact is, whether you are playing a family friendly game based upon the pre-installed categories or going for a more risqué version with friends over a few beers, PictoParty is rarely anything else than great fun. Of course, you need at least a few friends to get the best out of the experience, but I’m willing to go on record and say that this is, without question, some of the most fun that I have had playing a local multiplayer video game in quite some time. It might not be a video game in the traditional sense of course, but my friends didn’t give two shi*s when we played it for the best part of three hours over the weekend. It also helps of course that everyone knows how to play Pictionary, and honestly, the worse you are at drawing, the more fun it often is. 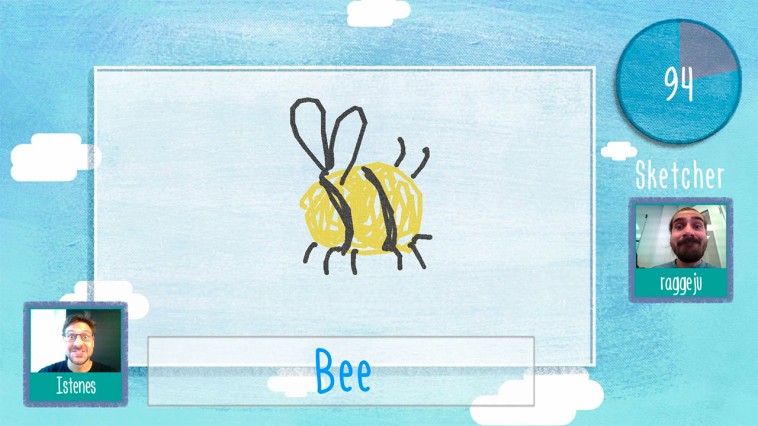 Saying that, I would consider myself a relatively decent drawer under normal circumstances, but with the clock ticking and an expectant crowd watching, any artistic skills I might normaly have abandon me the moment that the game starts. PictoParty does offer up different coloured virtual pencils for the more artistically inclined to work with, but in the heat of competition, I usually forgot that they were there (despite being right in front of me), and instead went about my usual process of drawing an array of horrendously realised black and white numbers.

PictoParty might not do anything that Pictionary hasn’t been doing for over 30 years, but by streamlining the process and subsequently creating such an undeniably user-friendly experience, Retroid Interactive have delivered one of the most enjoyable local multiplayer experiences of the entire generation and a video game that can be enjoyed by just about anyone. Whether it be a family friendly game with your grandmother or a filth-ridden, alcohol infused rendition with your friends on a Friday night, PictoParty is a safe bet for just about any social gathering you can think of. It might not be the kind of game Nintendo had in mind when they created the Wii U’s GamePad, but PictoParty is as successful a proof of concept as anything that Nintendo have delivered over the past few years and one of the best games currently available on the eShop.