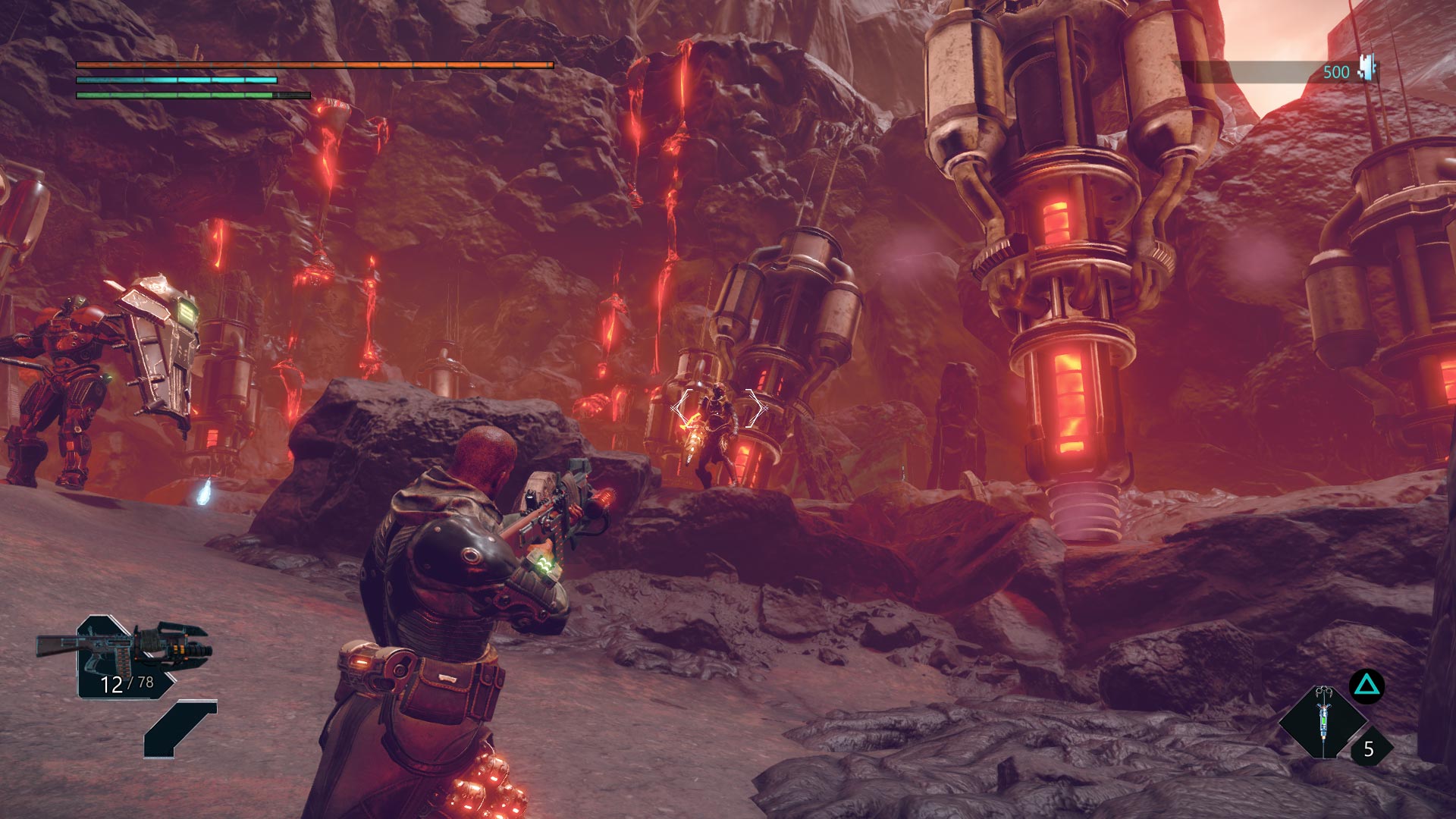 No two development studios in the world are alike, as all  game developers possess different beliefs, tastes, and most importantly goals. However, all studios big and small, do share one characteristic, and that is that they all like to dream big. With God of War, Sony Santa Monica wanted to create the greatest installment of the said franchise to date. Mike Bithell, with Thomas Was Alone, wanted to tell a meaningful and AAA in-scope story, within his capabilities and Toadman Interactive, wanted to reinvent the wheel of the Souls-like genre with its recently released Immortal: Unchained – a third person perspective shooter, situated within the unforgiving and punishing framework we all love and hold dearly.

Unlike most games which came before it (within the genre), Immortal: Unchained is not a melee based action game, but a third person perspective shooter, which utilizes the elements of the above-mentioned Soulsborne subcategory of role-playing games. And just like Dark Souls, or Bloodborne, Immortal: Unchained allows you to create your own character, and even pick his or her class. But while Immortal: Unchained may posses some features which can be found within From Software’s beloved franchises, then they are nowhere near as complex, or rich as the one’s of let’s say, Bloodborne. Sure, you can visually customize your protagonist, but the pool of options is very limited, and in the end, all characters which will be able to come up with will look exactly alike – besides of some minor differences.

When it comes to customization, Immortal: Unchained is like Bloodborne Lite. As while it does follow exactly the same schematic, it does not do it in as much detail as some would like it to. And this analogy applies to more than just the character creation suite, as Immortal: Unchained’s story suffers from the same flaws. Which all likely stem from the fact that Immortal: Unchained simply didn’t have a big enough budget in order to become the title which the studio behind it has envisioned. 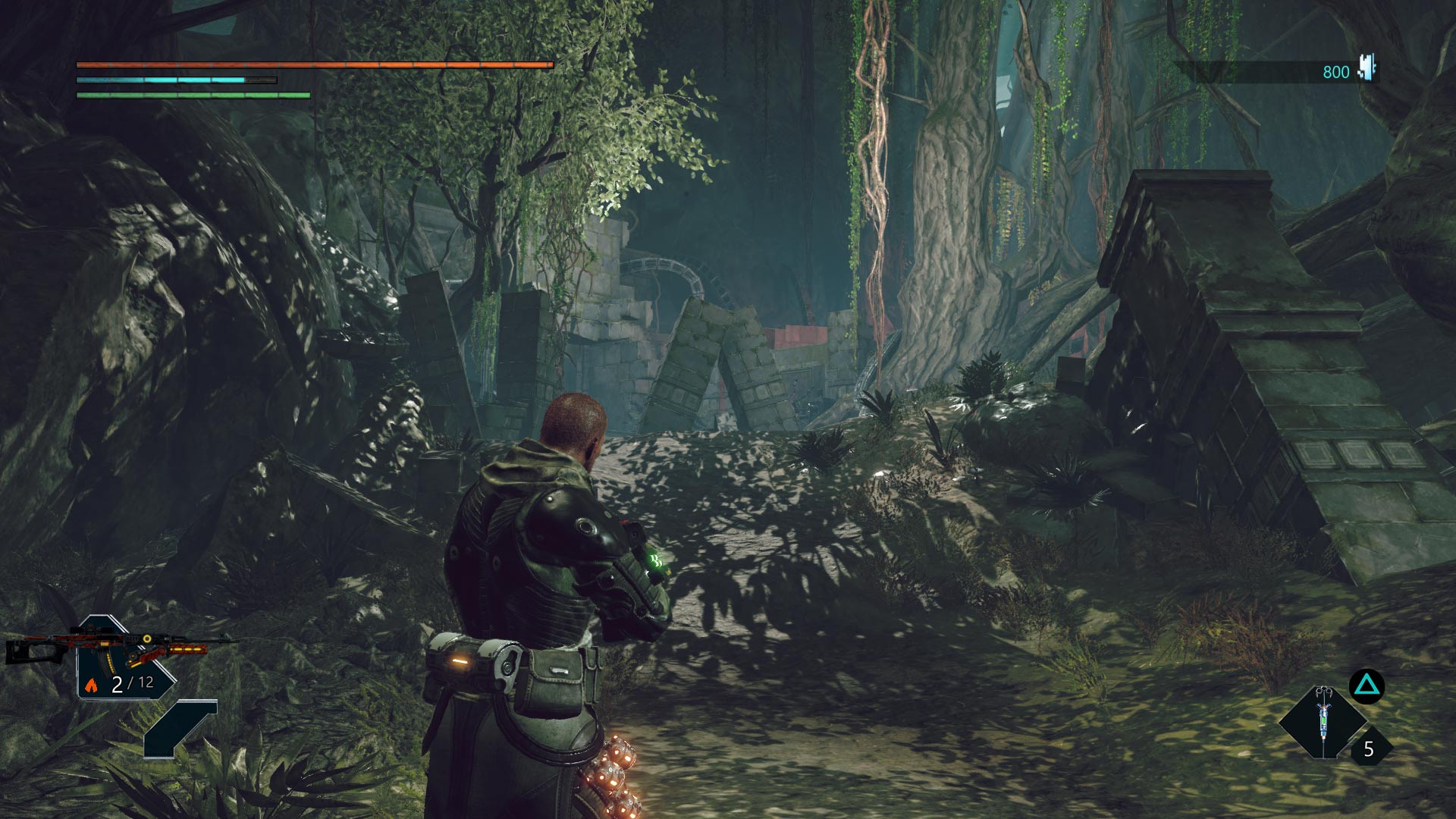 The core story of Immortal: Unchained, while set within a futuristic and far removed from reality setting, heavily resembles those of fantasy RPGs. A great evil has been unleashed, and you have been chosen to tackle it head on in order to save the world as you know it. And sure, the core narrative of the original Dark Souls is not much different to the one of Immortal: Unchained. But what sets the two titles apart, is the fact that the one prior features dozens of hours worth of captivating and fascinating lore, whereas the latter does very little outside of the core plot. And this brings us back to the point that Immortal: Unchained is a lite version of the Soulsborne games, as it does everything that they do – but only to a certain, very slight extent.

As you can see, Immortal: Unchained likes to mimic the works of From Software as much as it possibly can. But as alike as it may seem to games like Dark Souls or Nioh, it is not an exact copy of either. Because as you might have already guessed, Immortal: Unchained does introduce a lot of fresh air to the now stagnating genre. And it does it mainly with the introduction of the ranged-centric combat, which introduces an entirely new dimension to the genre, which has been previously dominated by swords, axes, halberds, and shields.

In game, you will be able to acquire and upgrade a plethora of ranged weapons, both of primary and secondary category. And while most in-game weapons resemble guns which most of us are familiar with, such as AKM, or Vector, then it does turn them all on their respective heads, as all otherwise hit-scan weapons, fire projectiles with pre-determined travel time. And while many may scoff at an idea of a futuristic AKM firing a relatively slow laser round, then it has to be underlined that the developer had really no other choice, as otherwise, it would be borderline impossible to dodge incoming ranged attacks. And if they were to keep all guns as hit-scans, by introducing telegraphed enemy attacks, then it has to be said that such direction in terms of gameplay design would turn Immortal: Unchained into nothing more than Akrham Knight, but with guns. 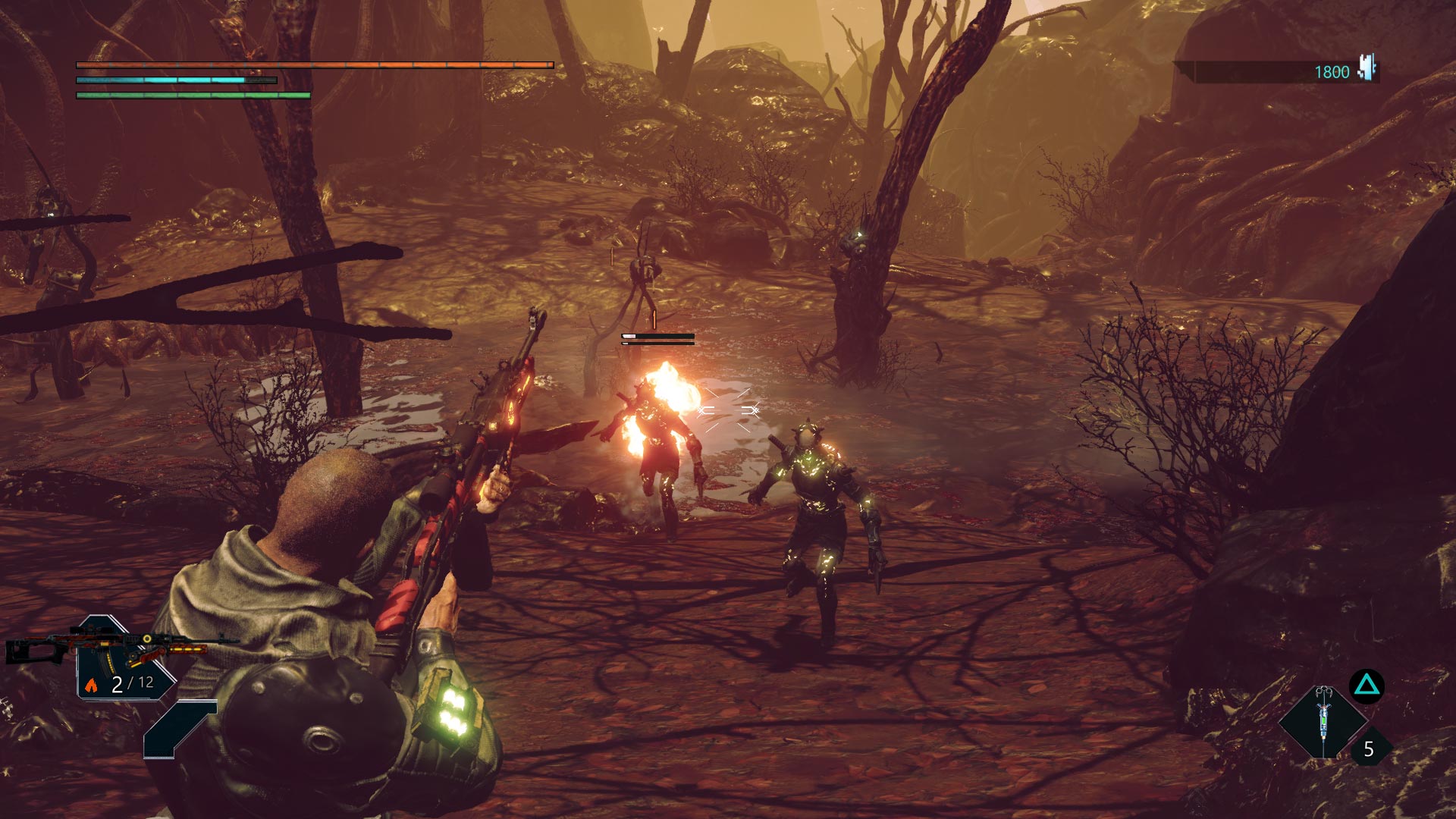 For the most part, the gun-play of Immortal: Unchained is relatively enjoyable, as the combination of firearms with additional abilities, elevates it to another level. But unfortunately, it is not all roses, as the title’s combat system does come with a fair bit of baggage – at least on consoles. And the biggest issue which flairs up instantly, as soon as you pick up your first gun, mere minutes into the game, is related to the fact that the title’s aiming mechanic is incredibly float-y, and inaccurate. And you can turn on auto-aim within the game’s menu, which basically is nothing more than an in-built aim-bot. But if you’ll do so, you’ll completely defy the purpose of this particular experience. But that being said, the developer has included the said setting of its own volition, so you can’t be blamed for using a consciously added feature.

As a complete package, Immortal: Unchained is a perfect mix. But it is not a mix of great features, captivating narrative, but a mix of good and bad – it is basically a video game equivalent of Yin and Yang. But where the Chinese philosophy states that both good and bad, can compliment each other, then this unfortunately does not apply to Immortal: Unchained, as in its case the bad, simply takes away from the good. Float-y aiming diminishes the impact of the combat, constantly popping-in textures take away from the title’s cutscenes, and the obsession with From Software’s works, ultimately takes away from this particular title as a whole. And its a shame, as Immortal: Unchained is an incredibly promising, IP, which in the future, may become the next big thing – just like The Surge, which was built upon the rather underwhelming Lords of The Fallen, did.

To conclude, I would like to underline that Immortal: Unchained is by no means a bad game. It’s not great, but it is not bad either. It tethers somewhere in between, looking a little lost – just like Lords of The Fallen did earlier this generation. And who knows, maybe Toadman will take the core formula of Immortal: Unchained, rework it completely, and reinvent it as a completely different title. Becasue I would love to see a modern-day, sci-fi, spy thriller, with the elements of Immortal. But as things stand, I, just like you, will have to be content with Immortal: Unchained as it is, and while I may not love it as much as I did the recently released Spider-Man, I respect it just as much, because it is a relatively competent, and fun title, which I can see myself playing in weeks to come.

Immortal: Unchained is a relatively competent and fun game, but it appears to be lost somewhere between copying Dark Souls and doing its own thing.