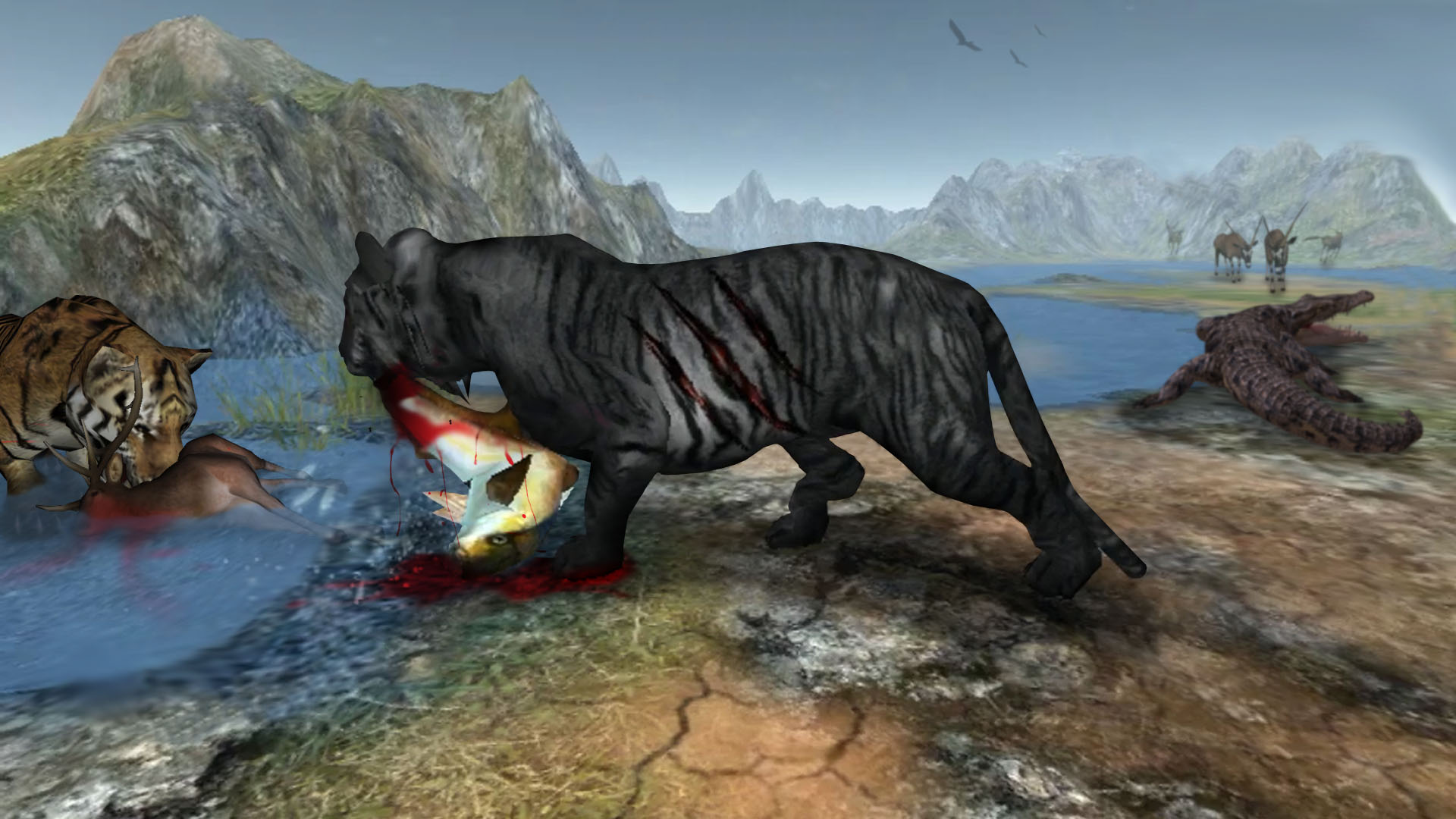 I feel like this is a joke thats gone too far. I honestly do. I didn’t know a thing about Life Of Black Tiger until a week ago. Even then, I briefly glimpsed a description of the game and thought that it would be just the thing for me. I was promised I’d be stalking prey through realistic jungles and forests. I was told that it would be vivid. That I’d be protecting my family.  That I would become a cruel hunter. If I had bothered to dig deeper, a cursory glance at some of the Metacritic scores may have even reassured me that this was going to be a good game. I hadn’t seen any screenshots or videos of Life Of Black Tiger, but the memories of the merry times I had playing as an animal in recent titles such a GTA V and Far Cry Primal came rushing back to me, So I asked for this title to review.

We live in an ugly, deceiving world. These are the only feelings I have left after playing this disgusting excuse for a game. I liked reviewing games before I played this. Sure, I’ve had to play through some bad games before, but even when faced with titles such as Kyurinaga’s Revenge (3/10) or Forestry Simulator 17 (1/10), I soldiered through. I endured. But this. This has crumbled my faith in my fellow man. It really has. 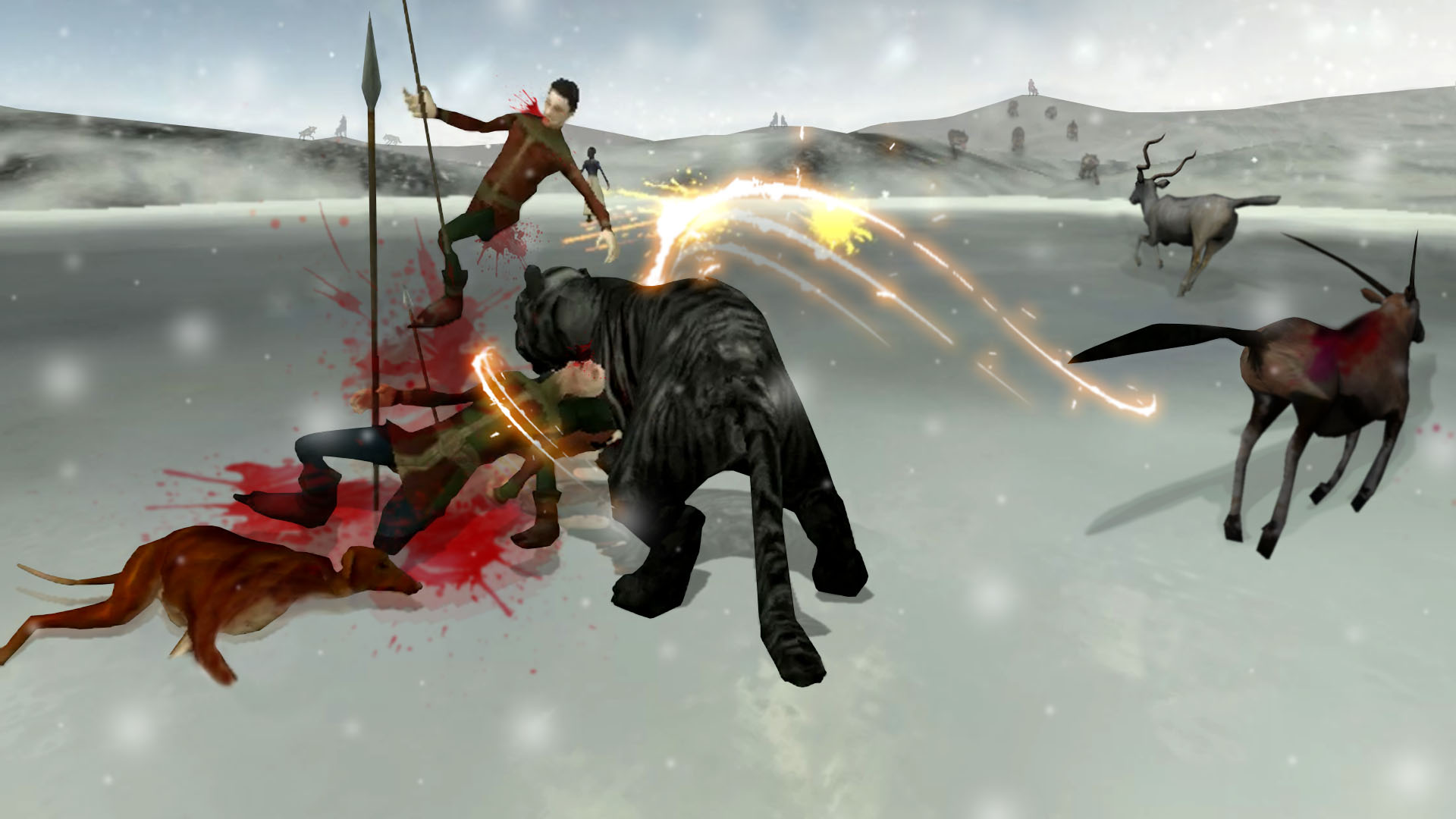 Those are PS4 screenshots, and looking at them is giving me PTSD flashbacks. However much money the PSN marketplace is going to try and charge you to download this game is going to be too much, because Life Of Black Tiger is actually a port of a poor quality game available for free on iOS and Android. I wish I was joking. You can download this game for free on your phone, but don’t because it’s a waste of memory and I’m fairly sure the multiplayer is being used as a furry roleplaying chatroom.

If you do get gypped into buying this game for your PS4, you can expect to perform mundane tasks like walking to designated areas, or killing some pathetic, poorly animated critters over and over again. You’ll gain experience to level up your tiger, but don’t bother because it doesn’t do much. You might get a tiny bit stronger or faster, but it’s such a minute improvement that you will hardly notice. There is a story, but it’s poorly translated nonsense that adds nothing whatsoever to the game. 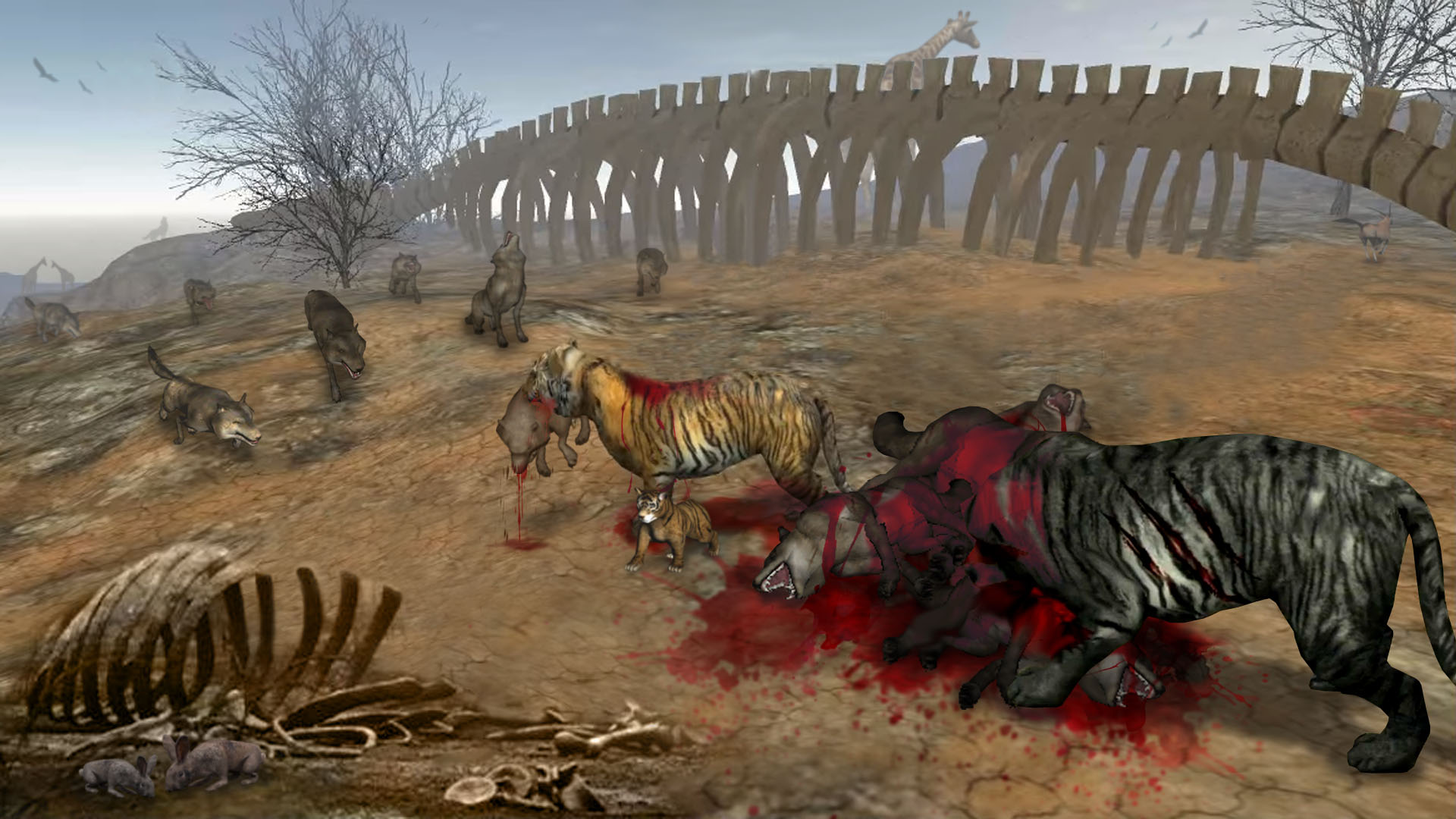 Life Of Black Tiger is awful, right down to the control scheme. The player model moves incredibly slowly, making sprinting the only viable option to get around the desolate and sparse maps you are placed in at the start of each mission. Square is sprint and the camera has no invert, so I often found myself looking at the floor as I was ‘stalking my prey’. Even when I did manage to wrestle the controls to chase down one of the ridiculous looking enemies, pressing the attack button yielded a shoddy animation that missed its mark nine times out of ten, and a ludicrous roar on a continuous loop. That’s the most you will get from this game.

Don’t even buy this game to play it ironically, because paying money for this sort of thing is only going to encourage more companies to follow suit, or worse, provide 1Games with an incentive for a sequel. I’m embarrassed that my PSN profile has trophies on it for Life Of Black Tiger, because people are going to think I bought this game willingly. It has multiplayer, but I can’t imagine there is going to be a time when the servers contain anybody but the person desperate enough to punish themselves by playing this awful pile of crap. The only living things I saw enjoying this game were my cats, but even then I’m pretty sure they were just interested in the occasional bird noises looped into the poor quality sound design.  I have to rate this game, but even giving it the lowest possible score is far beyond what it deserves. Every second you spend playing this game is like spitting in the face of time itself.