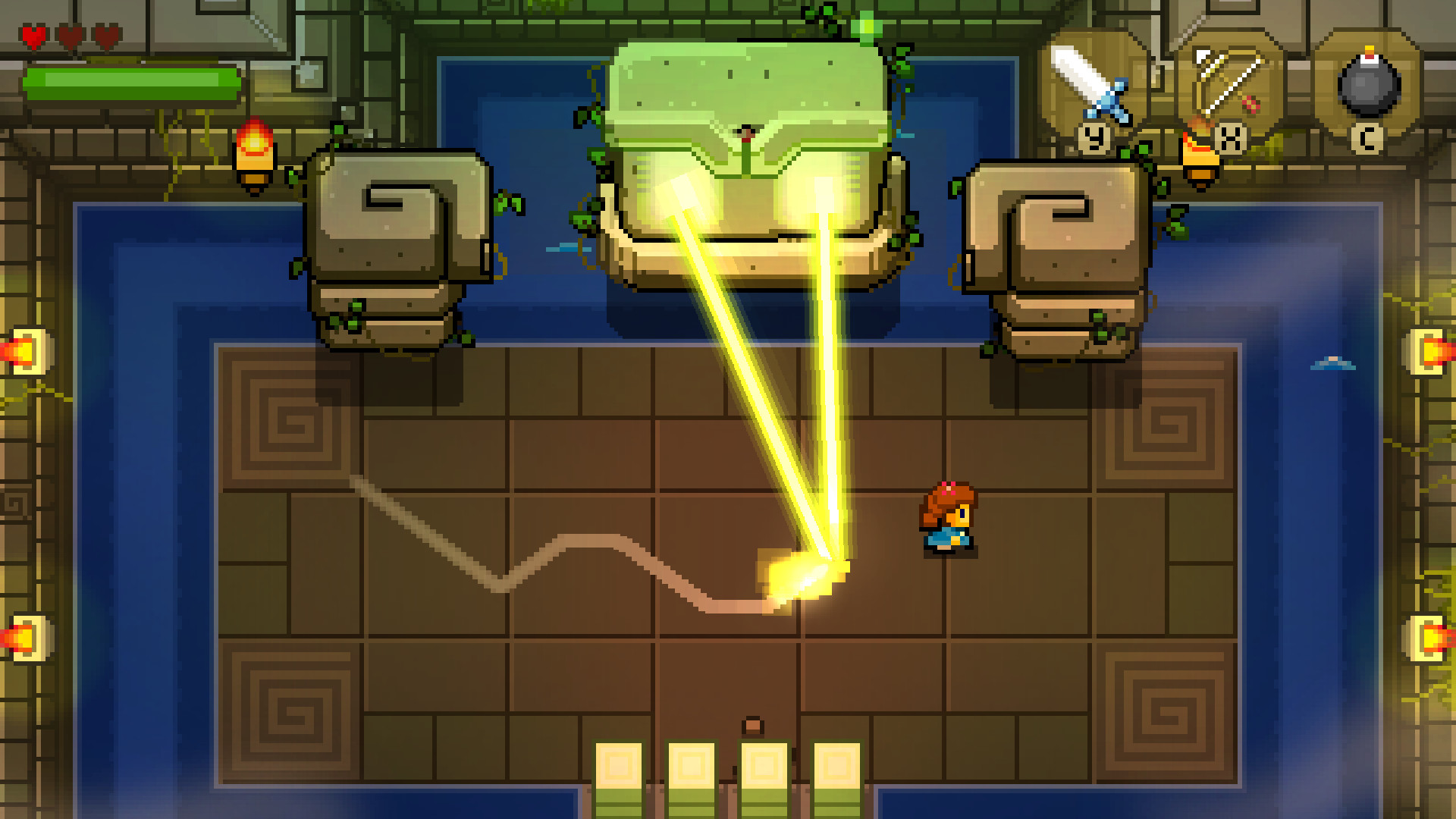 After playing through Blossom Tales: the Sleeping King, I was left with a feeling that doesn’t often come at the end of video games. Recently, there has been a lot of relief, because, damn, I played so many games this year. Often, there’s a sense of satisfaction that only comes from a job well done. Sometimes there’s a bit of rankling anxiety, because something wasn’t clear or really “finished” about the game and now I know there’s an element that may not be reviewed until a sequel arrives or, worse, not at all. But, instead of any of those, I was left with a bit of giddiness. If anything, I couldn’t wait for another adventure to begin, and, thanks to the narrative of Blossom Tales, I honestly believe there could be another in the future.

Blossom Tales: The Sleeping King tells the story of Lily, a young girl who was semi-orphaned at a young age and couldn’t wait to grow up to become a Knight of the Rose, one of the royal guard. On the day of her entrance ceremony, the king’s wizard, Crocus, decides to become one of those jerks who seize the throne through magic and a militia, and curses the king to sleep for eternity. The entire royal guard is then dispatched to find the ingredients necessary to wake up the king and defeat Crocus, but Lily is told to stay at the castle because she’s too young and new and every other debilitating excuse they could throw at her. Lily, being both awesome and our protagonist, ignores their remarks and sets out on a quest to save everything and inspire young people everywhere to listen to their hearts. Oh, and to not be evil. I feel like every game should remind kids not to be evil, and it wouldn’t be hard to work it in most places. Maybe not Dungeon Keeper. But still.

Blossom Tales: The Sleeping King is, up and down, and unapologetic Link to the Past impersonator, and they make absolutely no attempt to hide it. Right at the very beginning, there’s a reference to Link and Hyrule that is quickly shut down, and the opening shot of Lily in her “grandmother’s” house could have been lifted straight out of the SNES game with a quick sprite and color swap. You control Lily from a top down, action/RPG situation in which pots can be smashed, puzzles can be solved and boomerangs can be hurled. If you’re really not into games that prey on the existence of others, I recommend getting off here, because that’s a LOT of what Blossom Tales is like. Still, the game isn’t trying to hide it, and there’s plenty of original artwork, dungeons and creations to make up for the fact that it’s paying homage so hard that I was surprised Zelda didn’t show up somewhere in a cameo role. The artwork is beautiful, 16-bit inspired style, but there’s quite a few original takes on things that make the game stand out in a big way. 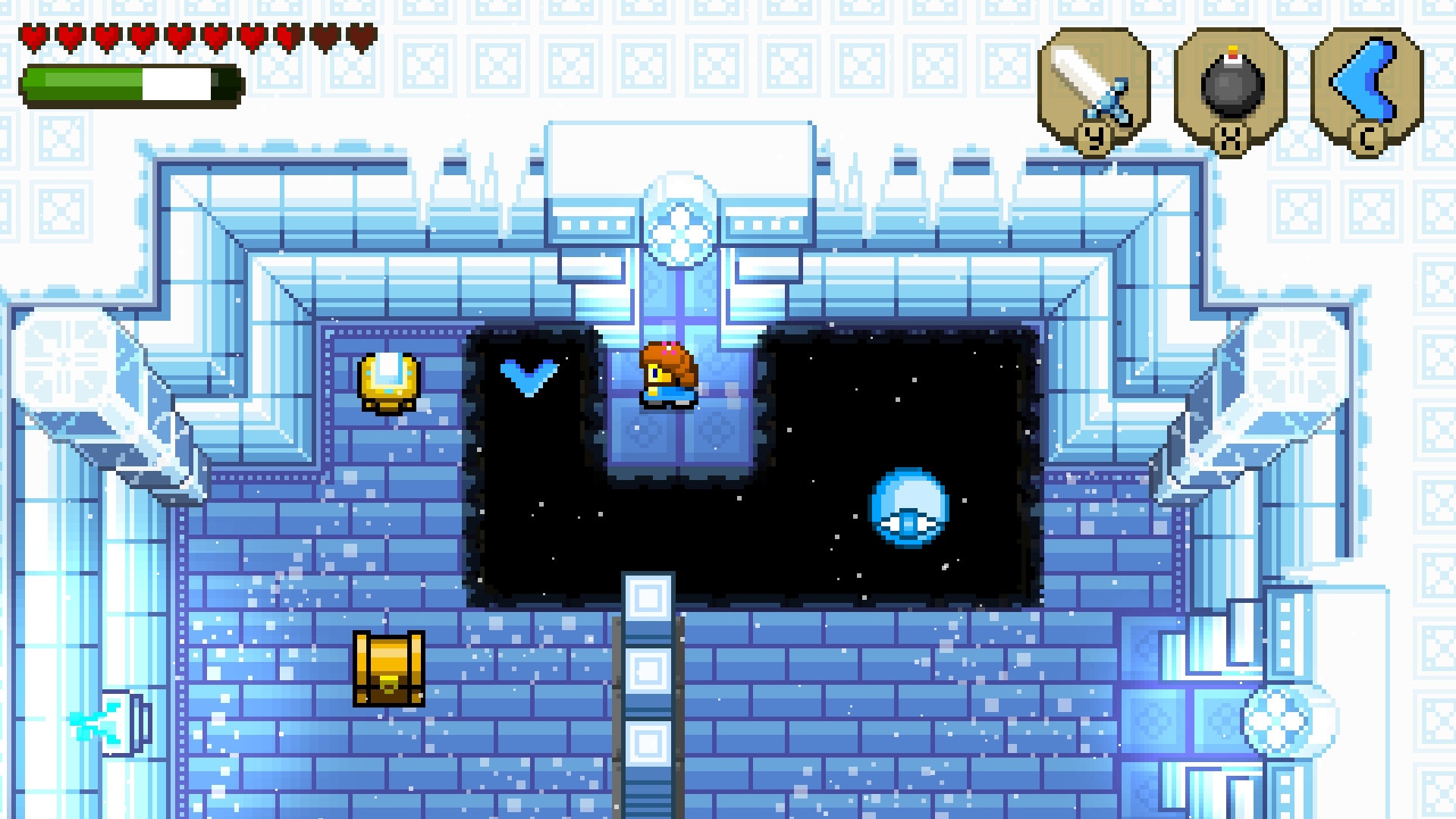 For one, you don’t need to worry about quantities of most items. Things like bombs and arrows don’t rely on pickups, but, rather, a rechargeable bar that slowly regenerates over time. Believe it or not, this bar addresses one of my biggest frustrations in the Zelda series, which is the reliance on scarce items. Sure, you can normally find bombs inside of smashed pots, but what if you simply didn’t have to? You know that walls and rocks sometimes don’t explode unless you hit them just right, and should we really have to quest all over the frigging land in order to find an extra explosive just because a wall’s hitbox was smaller than I anticipated? No, that’s insane. So thank you, Lily’s action bar, for making logical sense and making the game easier to play.

For another, there’s a lot of sidequesting that happens in this game that is far from incidental and actually requires the player to want to go run errands instead of just “happening” to do them while on the way to the bank. Since the game is a succinct seven hours (pretty damn decent for an indie adventure), you might be interested to know that you can tack on about another four hours in side missions alone. All of them give Lily some variation of reward, from a fistful of coins (useful to buy much needed healing potions) to heart pieces (more health!) to the ever popular resurrection flower, which’ll buy you a second chance in the middle of heated boss battles. Some of the quests take only moments (like clearing the monsters out of a farmer’s garden) and some are a bit more time intensive, but all are worthwhile.

There is a bit of wonkiness in regards to how many items Lily needs to use and utilize in any given moment, so some players will feel the game a bit broken when it comes to needing to access certain things. For example, you can only assign two hot items at once, and needing to swap a third in (using fire magic after having the bow and shield equipped, for example) means pausing the action, choosing which item to swap out, and then resuming. Additionally, the map, which is incredibly important to your quests and remembering where you NEED to go, never floats on the HUD, but lives inside your menu. Also, since we’re on the topic, Lily can’t naturally jump, just as Link couldn’t before her. However, Link could eventually get a feather that allowed for such a grand feat. Lily can kind of do this leap smash with her sword when she charges up, but it’s anything but helpful in terms of navigation. Very helpful for whomping enemies, not so much in clearing most gaps. 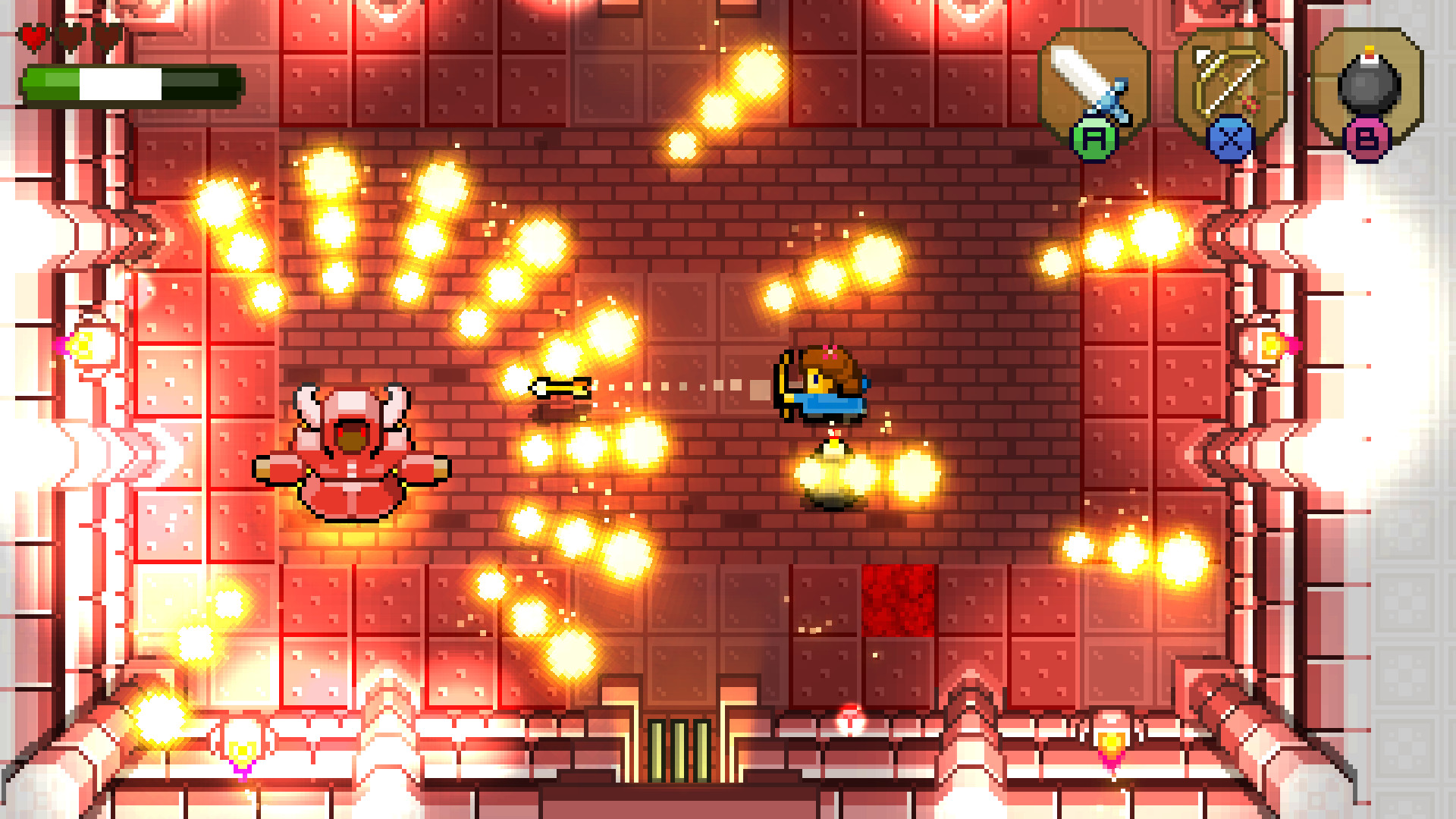 But the presentation of the game is what makes Blossom Tales: the Sleeping King so endearing and worthwhile. The entire game is presented as a story being told to grandchildren by a kindly grandfather, and I couldn’t be more in love with the overall Princess Bride effect. The grandfather is constantly introducing the next leg of Lily’s quest, occasionally quipping about certain things and having “grandfatherly” moments of befuddlement, but most of his lines are spot on with a great storyteller keeping kids on the edges of their seats. Chrys and Lily (his grandchildren) chime in with questions, commentary and general ambience that continually keeps you in the mindset of this being a kid’s tale, so that, even when things look grim, you know that Lily (the hero, not the kid) is going to be alright. It’s this wonderful moment of having an outside eye on the game, pseudo 4th wall breaking, without the game needing to be self-aware or something equally hokey in an effort to elbow the player and say “GET IT??” in an overly ironic fashion. Instead, it’s completely charming. It makes the experience even better than simply enjoying a great game because, instead, I’m enjoying a wonderful, captivating story from the older generation to the youngins.

And that’s the big takeaway from Blossom Tales: The Sleeping King. It’s a fantastic game in its own right, and would do just fine being a wink and a nod towards Zelda (especially that soundtrack, wow, great style emulation). But the narration takes it to the next level and creates a game that is more than just an adventure, but actually a shared tale that’s being told to us all. It’s fun, it’s engaging, and I’m honestly so happy it’s on the Nintendo Switch. Sometimes, development teams go overboard with creating heroes that are polarizing or a bit too larger-than-life for people to identify with, but Lily is exactly who I’d want young children to look up to. The game makes a hero that I can support, and it’s a grand feature without any motive or hidden path: just one of wonder and fantasy that really plays out marvelously. Don’t let this chapter close without having a look yourself: Lily is launching on the Nintendo Switch today, and you should be there to hear grandfather’s story yourself.