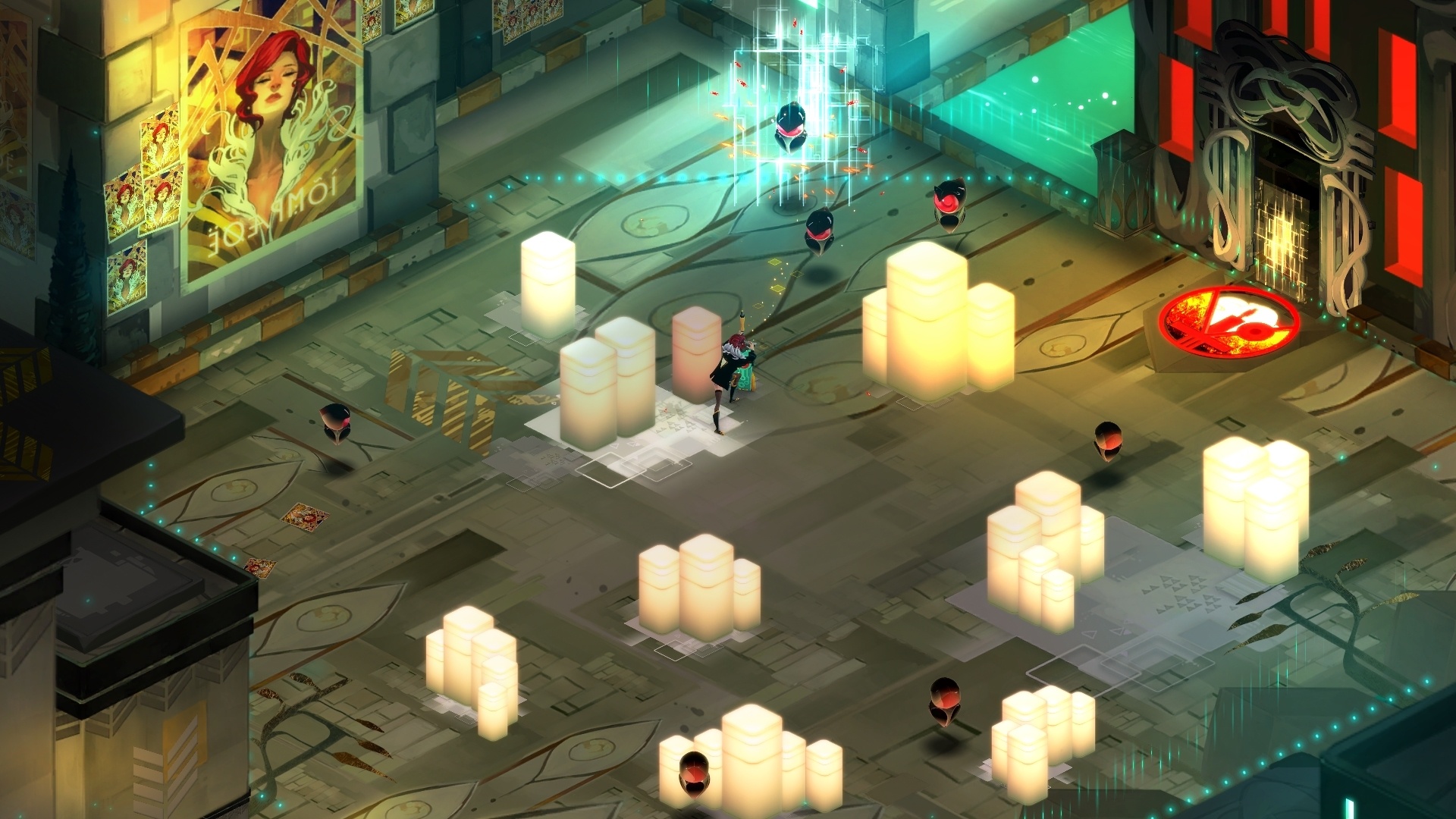 Supergiant’s previous game, Bastion, was one of those titles that really snuck up on people. An isometric, narrative heavy, hack and slash title, Bastion’s unique approach to storytelling, Diablo-esque gameplay and hand painted visual style combined to create one of the last generation’s most memorable indie titles – one that went on to sell in excess of 2 million copies.

Their follow up, Transistor, while sharing many of that games’ unique attributes (albeit with their own distinct twists), is a game without that same element of surprise and weighed down with expectation. Whether that expectation has been met will largely be down to a matter of personal taste, but despite falling a tad short of Bastion’s magical mix of gameplay and audio/visual design, Transistor will invariably go on to be adored by those that click with its somewhat unique charms.

Transistor certainly shares a similar DNA with Bastion, but despite its similarities, feels like an exceptionally unique experience. The combat alone, while sharing a vague air of RPGness, is actually a lot more nuanced than the developers previous outing. While you can attack enemies in real time, that approach alone is likly to get you killed pretty swift. 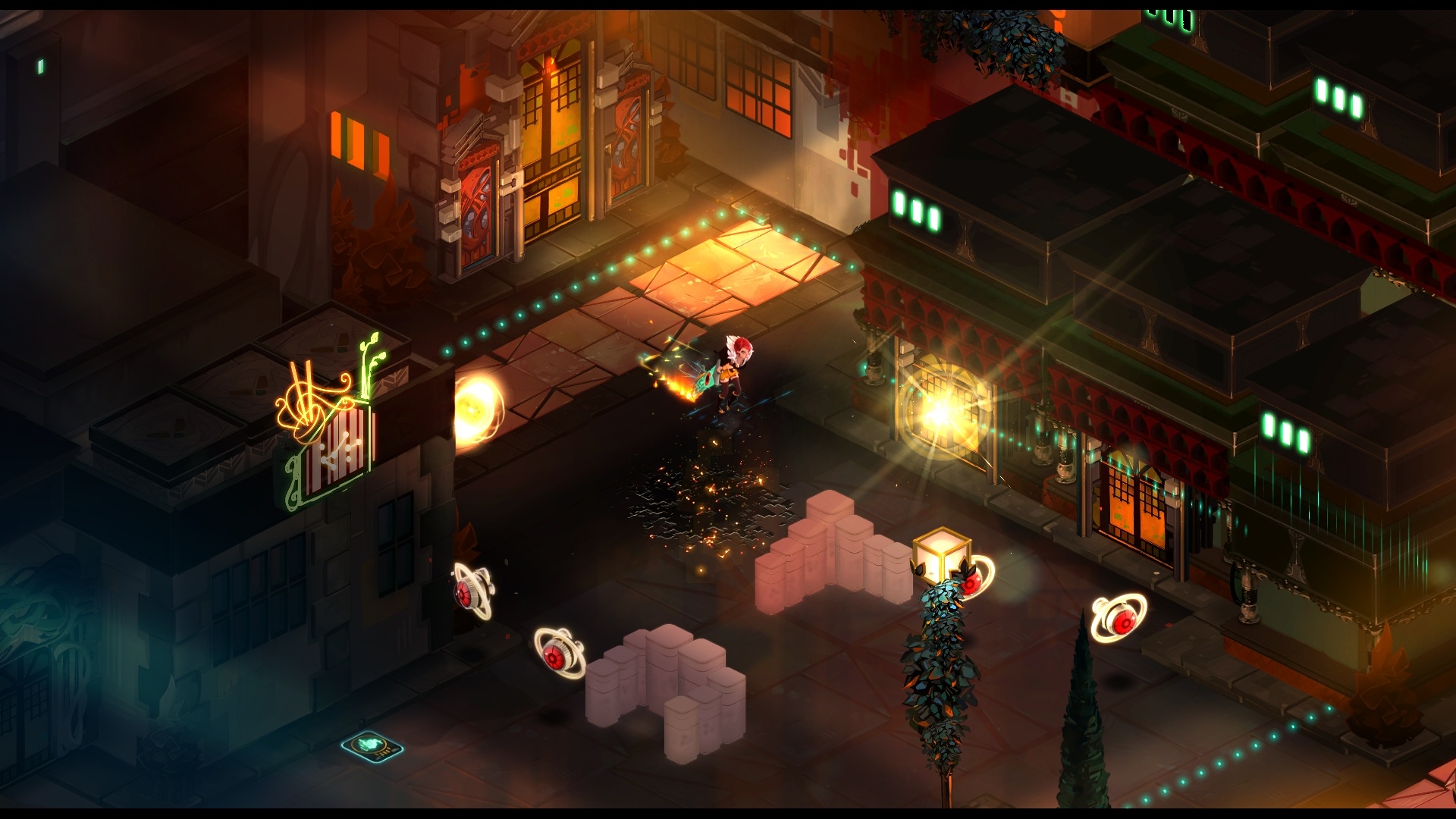 To succeed, you’ll have to freeze time and stack attacks. While basic at first, the collection of 16 digitised souls, referred to in the game as, ‘functions’ (it makes sense within the realms of the narrative), essentially act as additional abilities that can each be uniquely upgraded. Initially, these appear to add a wealth of depth to the otherwise basic combat, and yes, they certainly do the trick for the first few hours, but as the game progresses, you soon find that a rinse and repeat approach will essentially get you through the entirety of the game. It’s still enjoyable stuff, but after the first few hours, things do start to feel a little samey.

The combat might be competent rather than particularly ground breaking, but the audio and visual design is anything but. It might be from an isometric viewpoint, but that’s where comparisons with its illustrious predecessor end. This is a game of sharp lines, cyberbunk aesthetics and neon lights. It’s Blade Runner meets Ghost in the Shell with a little bit of Final Fantasy XIII thrown in for good measure. Unsurprisingly, it’s utterly gorgeous.

With its fantastic art design and truly spectacular soundtrack, Transistor is a genuine joy for both the eyes and ears throughout. Some of the dialogue is a bit clunky, especially in the case of the supporting cast, but the world itself never fails to impress. Each time the game gets a little too repetitive or the story a tad too obtuse, it’s the sense of place and overriding mood that will almost certainly keep you going. 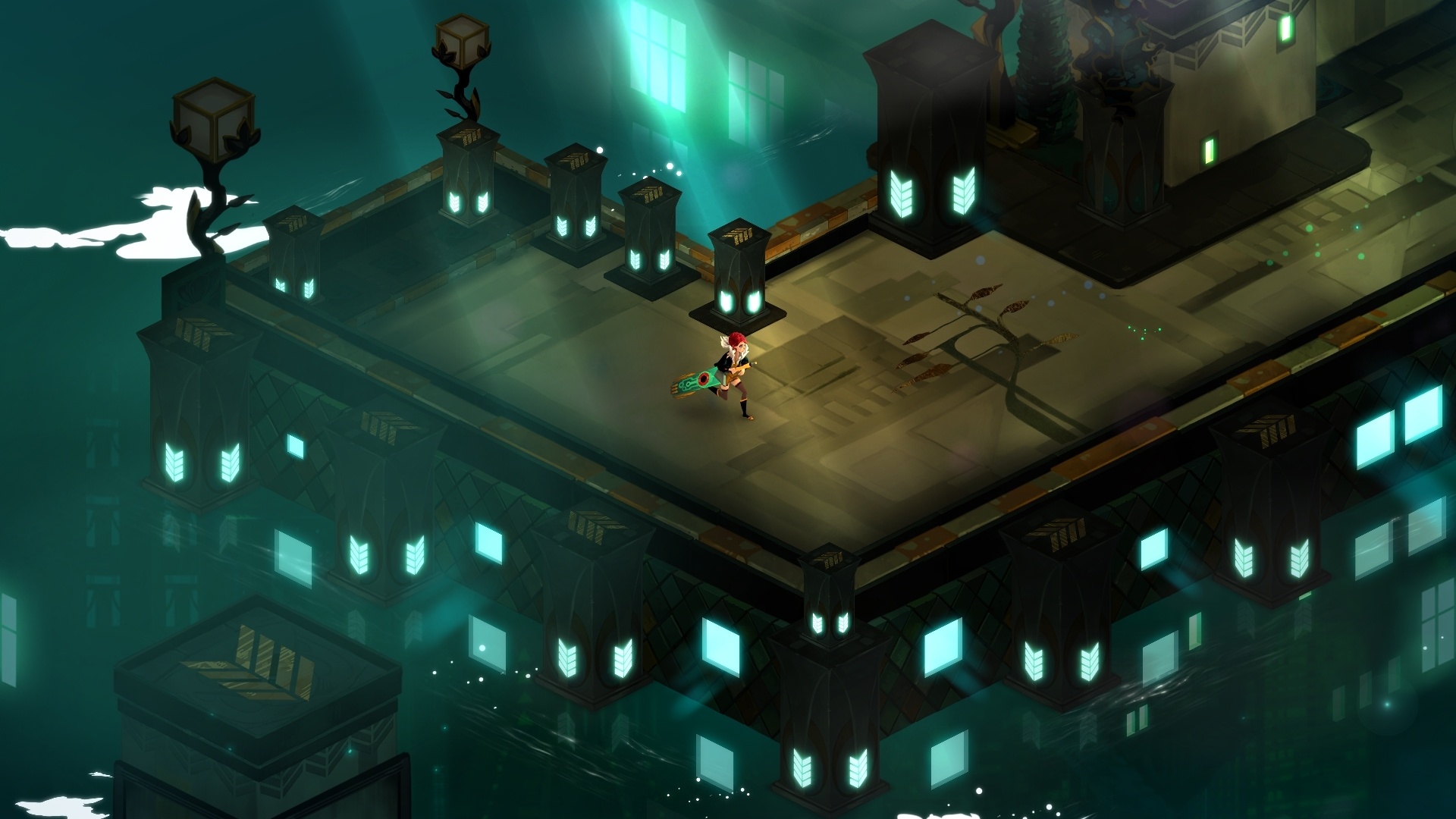 In fairness to the story, it’s an interesting enough set-up; protagonist Red, a nightclub singer in the digital city of Cloudbank, loses her voice after being abducted by an AI group with most of the chat subsequently left to the soul imbued sword that Red wields when things inevitably kick off. So, not exactly standard video game fare, then, but despite this rather unique and decidedly interesting set-up, the games’ commitment to keeping things under wraps until the finale mean that it is consequently difficult to connect with either the character or the overarching story. Again, the implied mood and sense of place keep things ticking along, but it would certainly have been preferable for the story to get its claws in a little more consistently.

Transistor is flawed in ways that Bastion never was, but it could be argued that the heights reached throughout the experience, while perhaps more fleeting, are greater than those achieved in the company’s previous game. The combat might get a little stale and the story never quite grabs like it should, but in terms of creating a sense of place, a sense mood, few games have ever been more successful than Transistor. Never anything less than fun to play, Transistor will nonetheless be remembered for its gorgeous art design and consistently fantastic audio.