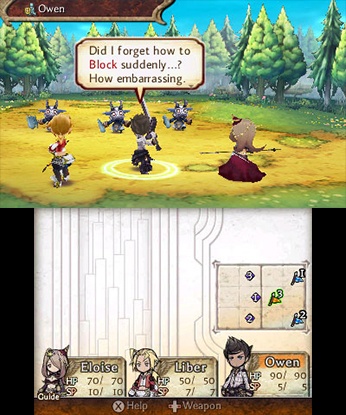 It might sound like a Tenacious D track, but The Legend of Legacy is actually a rather traditional JRPG developed by something of an all-star team of Japanese developers. It’s not the most technically impressive game on the platform and it’s far from the most innovative, but like many of the best games out there, Atlus’, Legend of Legacy is more than the sum of its individual parts and, thanks largely to its charming cast of characters, minimalistic story, fantastic battle system and almost dream-like visual design, ranks amongst the finest JRPGs on the 3DS.

Of course, to say that it ranks amongst the finest JRPGs on the JRPG rich 3DS is not a statement that I make lightly. I appreciate that some will be put off by the relative lack of cohesive narrative and the unabashedly old school mechanics, but I for one found this change of pace incredibly refreshing and was ultimately enamoured by the sense of exploration that the game encourages and the traditional but undoubtedly rock solid mechanics that underpin the experience.

Playing as one of seven characters (some inevitably more likeable/bearable than others), you subsequently set off on an adventure to explore the mysterious island of Avalon. The reason for your trip to these lands are ultimately linked to the character that you choose at the start of the game, but while the story that is here is pleasantly inoffensive, for the most part, it is largely insignificant and little more than an excuse to get you to the island. Yes, the story picks up here and there, but for the most part, Legend of Legacy is more concerned with improving your stats and filling out the map for each area that you visit. 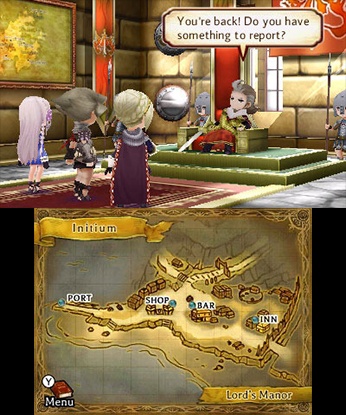 The map mechanic in particular can prove a time-consuming but extremely addictive aspect of the experience. The map for any given area essentially unlocks as you explore, and with the ability to sell your maps once complete, it’s easy to become obsessive about the exploration of each and every nook and cranny on the island. Whether you actually want to sell them once complete is your call (they are always useful to have at your disposal), but either way, watching that map open up in real-time is oddly compelling and a surprisingly effective carrot for you to chase.

While you’ll certainly run into plenty of enemies during said exploration, the brilliance of the battle system ensures that these encounters are almost always fun, and if not, easily skipped through. Despite the fact that the turn-based mechanics are very simplistic on the surface, there is plenty of depth to the underlying mechanics. The different classes and unique formations allow for a range of approaches while the ability to update any skills regardless of your core class ensures that your options during battle are more varied than in the majority of JRPGs. A handful of rather severe difficulty spikes are somewhat irksome, but even these can’t ruin what is a deep and consistently addictive battle system.

Many of the battles you will encounter are incredibly easy, but unlike the majority of JRPGs out there, the development team at FuRyu have wisely introduced an auto-battle system that is employed by holding the A button. It is an ability that allows you to tear through the more straight forward encounters and certainly takes the edge off the grinding you will need to do to ensure safe passage across many of the island’s trickier sections. Bigger enemies inevitably provide a much sterner challenge, and with the risk of a loss to overall HP for any character that falls in battle, these encounters are often tense and tactically rewarding affairs. You can do a runner if things start to get a little out of hand, but be warned, running from battle will see you back at the start of that area with all progress gained in the region re-set. That might sound harsh, but again, it adds a sense of urgency to battle and a tangible sense of loss when things don’t go your way. 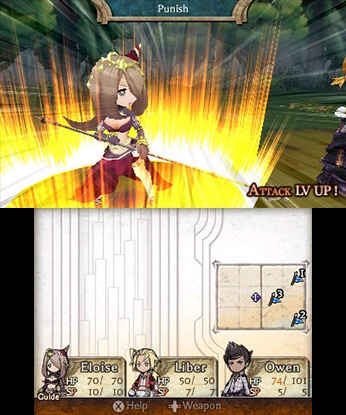 From a  visual perspective, Legend of Legacy overcomes its technical limitations thanks to the dream-like style of its art design. The cartoonish (chibi) characters are very reminiscent of those found in Bravely Default. They are not the most memorable bunch but they are each distinguishable with many of the games’ enemies proving particularly well designed. The world itself, which pops into life as you explore, while slightly sterile, is nonetheless easy on the eyes and imbued with a sense of charm that runs effortlessly through the entire experience. The lack of any truly remarkable locations on the island of Avalon is slightly disappointing, but it’s always visually pleasant and is undoubtedly brought to life by Masashi Hamauzu’s beautiful score. The soundtrack never hits the heights of his work on Final Fantasy XIII, but it’s certainly memorable in its own right and proves a perfect accompaniment to the games sense of measured adventure.

Some will find the lack of a clear narrative disappointing while others might find the grind-heavy gameplay a bit of a chore, but for many, this throwback to old school JRPG sensibilities will likely prove a refreshing and pleasingly nostalgic experience. The characters and story are undoubtedly thin, but neither is around long enough to fall into the realm of cliché or annoyance while the constant sense of exploration provides plenty of reason to keep progressing through this surprisingly freeform adventure. The battle system is deep and hugely enjoyable while the map system proves the games’ secret weapon and one of the more addictive mechanics I have come across in quite some time. It’s not as flashy as some of the big hitters on the platform and it certainly can’t match the production values of others, but what The Legend of Legacy has in an abundance of charm. Well, charm and fantastic gameplay of course.