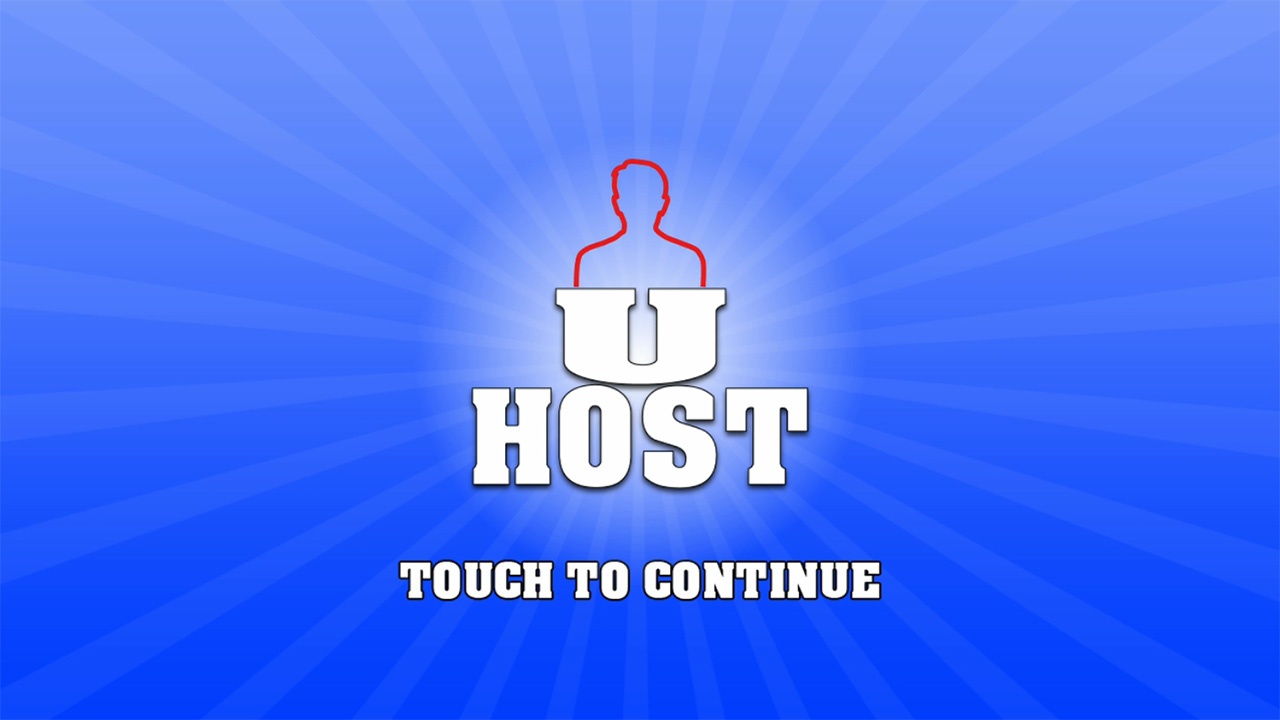 Hot on the heels of the surprisingly fantastic PictoParty comes the equally brilliant, U Host from Bear Box Media. A relatively straightforward quiz show at heart, U Host, like PictoParty before it, ultimately shines thanks to its array of clever design choices, user-friendly interface and inspired use of the Wii U GamePad. It’s hardly the core gaming experience that many Wii U owners have been waiting for, but it is one of the best designed party games in recent memory and certainly one of the best uses of the Wii U GamePad since, well, ever.

Despite being home to a host of surprisingly enjoyable mini-games that range from the genuinely bonkers egg toss to a handful of distracting, but ultimately forgettable alternatives, the quiz show that represents the core experience really is the star of the show. Delivering 1000 questions from 10 pre-loaded categories, U Host certainly isn’t short of content, but for those looking to play again and again, or more specifically, truly make the game their own, the option is available to make your own categories and questions, thus allowing you to personalise the whole experience and, well, if you have a certain type of crowd coming over, perhaps make things a little more, how should I put this……blue? Saying that, whether it be played under the influence of alcohol or the watchful eye of your beloved grandmother, U Host is the kind of game that really can be enjoyed by just about anyone. 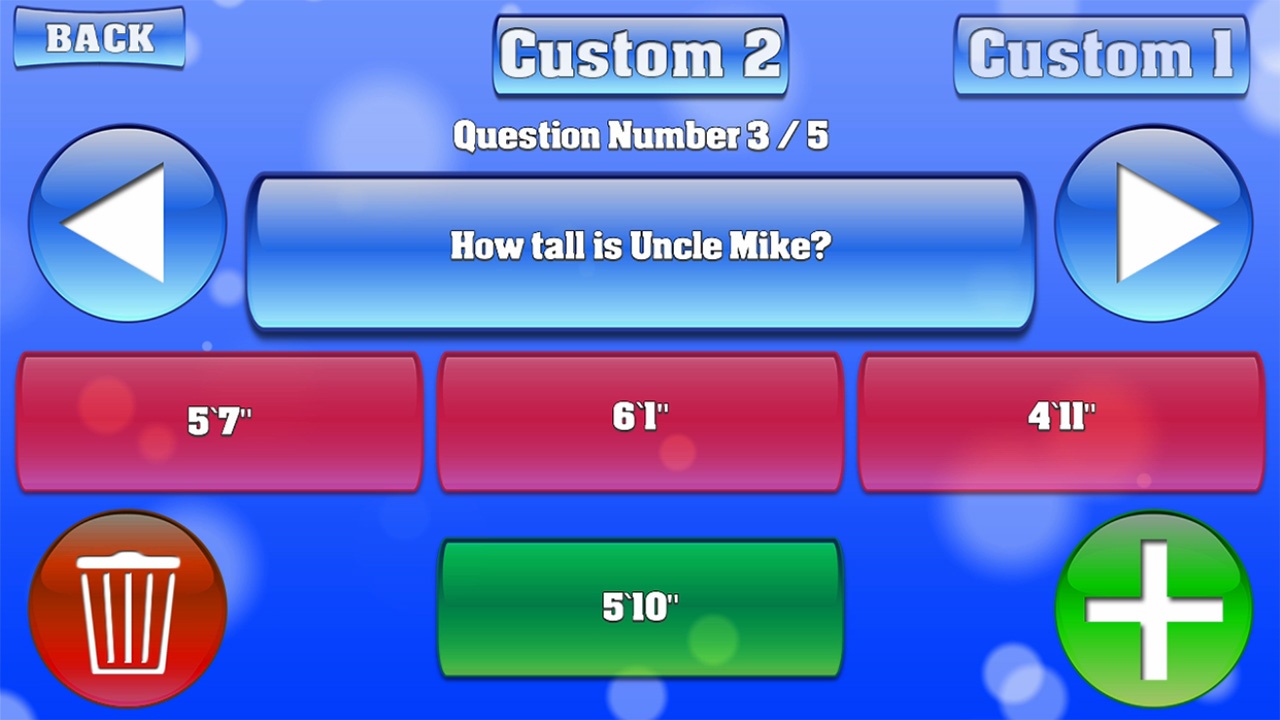 Of course, you could say that about any pen and paper quiz, but honestly, the GamePad and superbly designed interface really do make all of the difference. Using the GamePad, one player, as the host, can customise every aspect of each games’ design. Whether it be before the quiz or during, the true beauty of U Host is the ability to manipulate the finest details of its design. From the length of each round and the type or questions included to the names of each participant and the penalty incurred for an incorrect answer, U Host gives you the ability to craft your experience based upon the time you have and the people you are playing with. If you’re feeling especially malevolent, you can even change the name of a contestant mid-game or, if they’re really doing your head in, kick them out of the game completely. Is it a necessary addition? No, but it’s a welcome one all the same, and like all of the best local multiplayer games, there are few things more enjoyable than screwing over your nearest and dearest.

While at its best when everyone has their own controller (who doesn’t want a personal buzzer?), U Host loses none of its charm when played with just a GamePad. Of course, this puts more of an emphasis on the ‘Host’, but for the most part, having each player scream out answers like a lunatic can actually be pretty entertaining……especially if some of the answers are based upon custom created questions. It does take a while to input the responses when played without additional controllers, but this is a minor gripe, and one that rarely gets in the way of the fun. 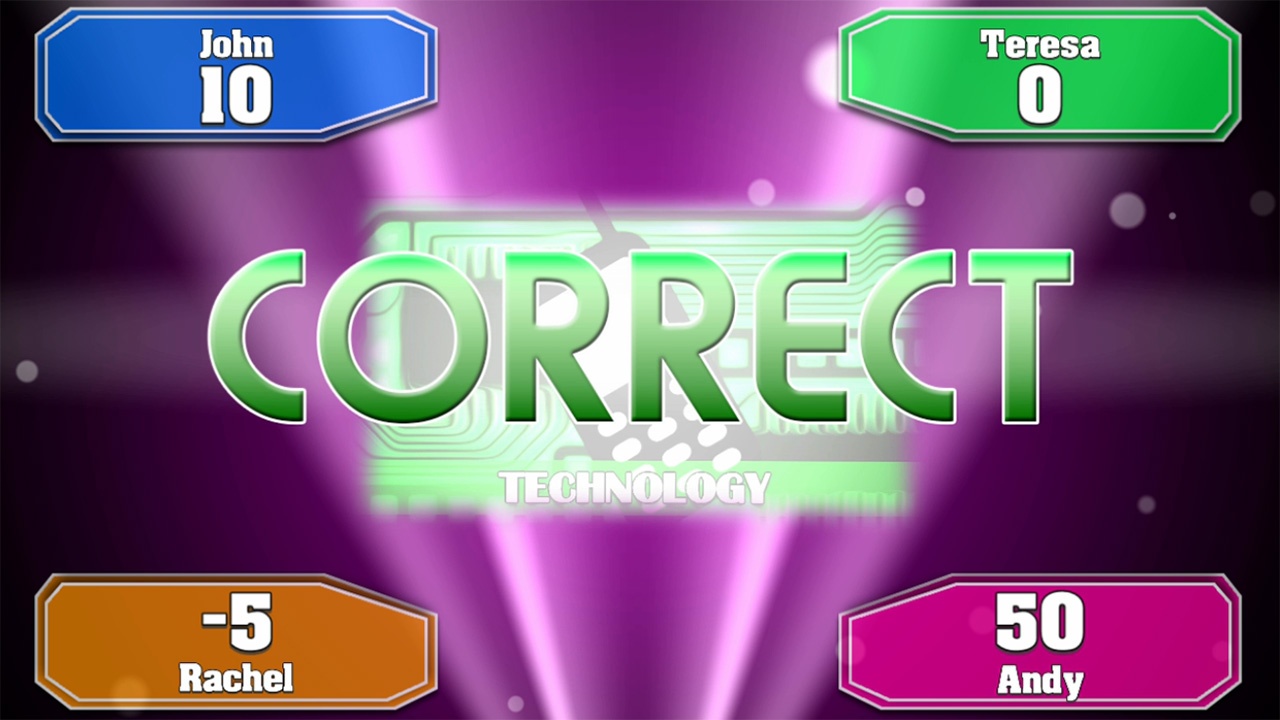 It might not be the most visually exciting quiz show in the world, but when everything else about it works as well as it does here, it’s hard to get upset with its admittedly bland visual design. The fact of the matter is, U Host is all about the experience, and with the right friends in tow, there are few experiences on the Wii U (or any console for that matter) with the potential to be as fun as Bear Box Media’s charming little eShop release.

Yes, it’s a relative straightforward quiz game, but everything about it has been developed with the kind of careful consideration and planning that ultimately elevates above its peers. The Wii U might be on its way out, and its days of triple A experiences are certainly numbered, but as long as talented developers are making clever use of the Wii U’s criminally underutilised GamePad, there will still be a space on my shelf for Nintendo’s often overlooked and disappointingly under-appreciated, Wii U.