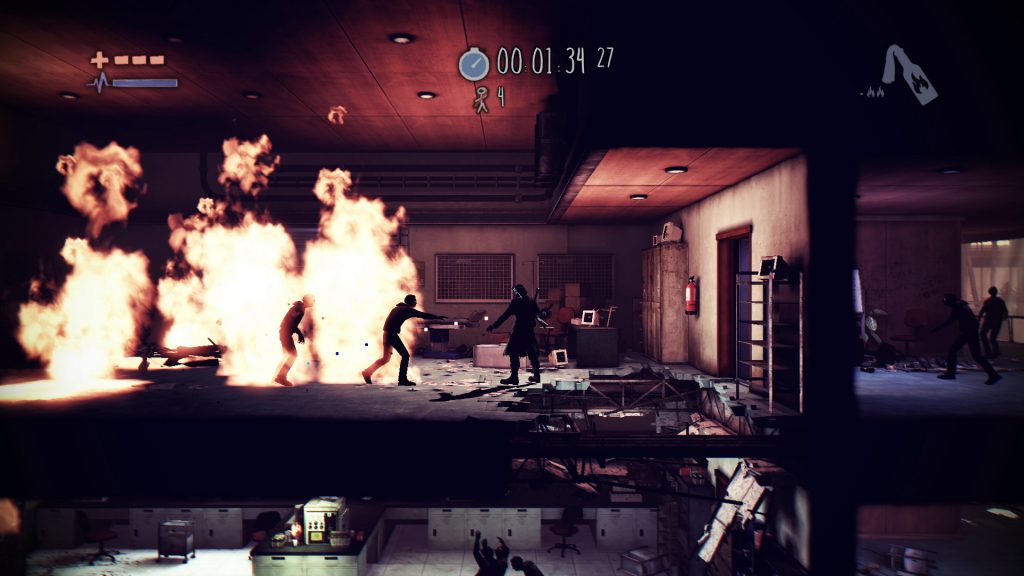 I was a big fan of Tequila Works’, Deadlight when it was released back in 2012 and remain so for its re-release on Xbox One and PS4 in 2016. Despite a handful of issues, this remains a tense, thoughtful and beautifully crafted survival horror experience, but for those hoping for a new or notably improved experience, this Director’s Cut is likely to prove at least partially disappointing.

There are notable changes here, but despite the slightly slicker visuals, the improved performance and the handful of additional game modes, this is fundamentally the same experience as it was back in 2012. Still, those visuals are certainly prettier (if pretty is the correct term for such a relentlessly bleak world?), and for those looking for a true challenge, Survival Mode and Nightmare Mode do provide a fittingly tense experience.

While Nightmare Mode provides little more than a single life with which to complete the entire game (a simple concept, but one that proves especially successful within the confines of the Deadlight template), Survival Mode does make some changes to the core experience with limited ammo, new weaponry and a genuinely less forgiving environment doing enough to make this a potentially enticing game mode for returning players.

These new modes and an additional lick of paint unquestionably make this the definitive version of the game, but what makes this such a memorable experience is still the core game itself, and while there probably isn’t enough here to justify a double dip for returning players, for anyone new to Deadlight, this is undoubtedly the best way to experience Tequila Work’s disappointingly underappreciated take on a more emotionally driven end of the world – even if it does cost a few quid more than the Xbox 360 version. 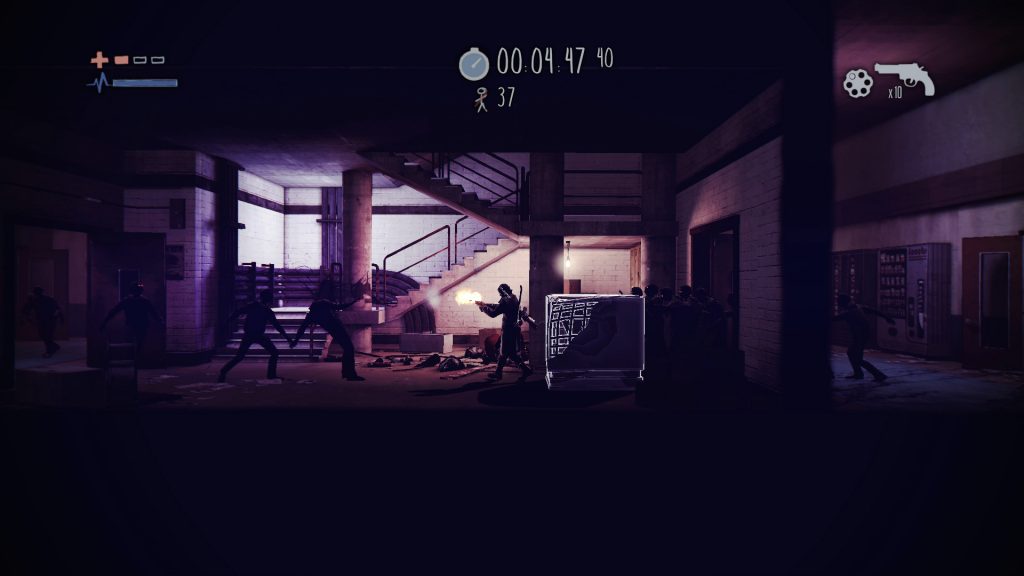 Like the Walking Dead (which is a rather obvious source of inspiration for this game – and many others), rather than panic and horror (traditionally the two central tenants of zombie videogame design), many modern releases are now building their experiences around the more human stories that would accompany such a theoretical event and the themes of desperation that would naturally come with it.

This theme of desperation and its accompanying melancholy tone is especially prevalent in Tequila Works’, Deadlight; a game that happily champions mood and tone over action and potential bombast. There are a few moments of genuine spectacle to be found, but for the most part, Deadlight is at its best when letting its quitter moments come to the fore and its more incidental details subtly catch your attention.

Working your way through the decaying and largely lifeless urban/suburban sprawl of Seattle, moving from one ‘Shadow’ infested locale to the next, Deadlight treats you to one brilliant crafted set-piece after another with each room and location feeling more akin to a well-crafted puzzle rather than a violence strewn trudge. The art style, and its exceptional use of shadows and subdued colour (which looks better than ever for the Director’s Cut of the game) is a treat from beginning to end with the consistently outstanding score doing an admirable job of keeping you immersed throughout the short, but highly enjoyable running time.

Although set on a 2D plane, Deadlight is home to a wondrous sense of depth that is encapsulated via the zombies (or shadows if you’re going to be a stickler) ability to step from the background to the foreground in their ongoing attempts to eat your brains and all that other zombie jazz. Not only is this, like so much of the game, visually striking, but it also increases the sense that you are never safe and that attacks can come from just about anywhere. 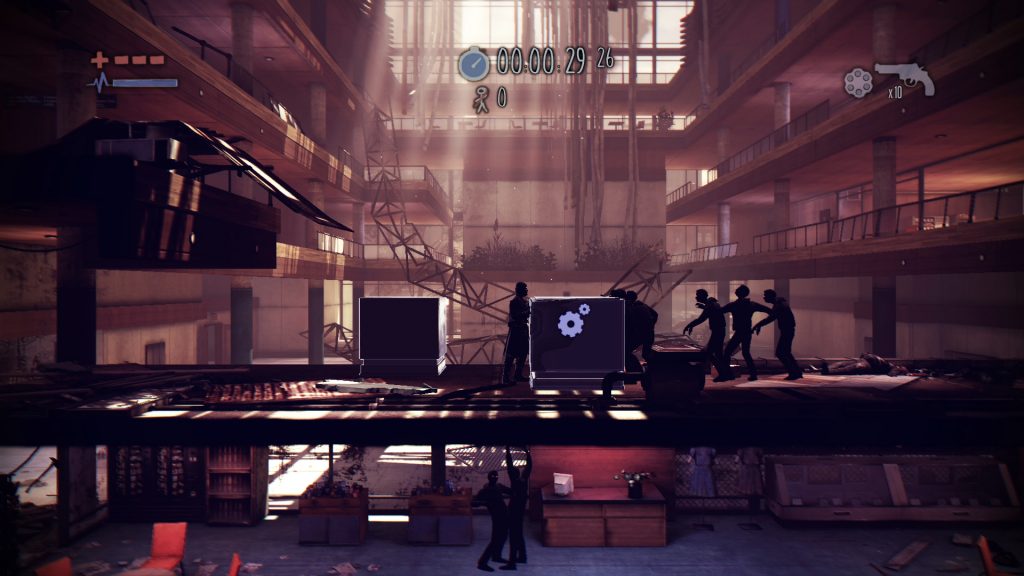 Sadly, while so much of Deadlight: Director’s Cut can go down as an unequivocal and highly impressive success for debutants, Tequila Works, there are a few monkeys in the wrench that keep the game from genuine greatness. The worst of these has to be the voice acting. While the story of a survivor trying to find his family has been done a million times, the strong script in combination with the often haunting setting and tone sets up Deadlight perfectly as one of the more potentially affecting videogames of recent times. Sadly, a raft of dodgy deliveries from just about all involved contrive to steal the game of much of its potentially dramatic impact.

Still, none of these issues should put you off what remains a largely stellar experience, one that easily rises above the zombie fatigue that must be setting in for many of today’s gamers. It’s a shame that Tequila Works didn’t take the time to improve upon the audio delivery or tweak the slightly floaty controls, but with a solid story, a consistently spellbinding art style and mostly impressive level design, Deadlight: Director’s Cut, while largely unchanged, remains as enjoyable today as it did back in 2012. The new game modes might not be enough to encourage a return journey for those who finished the 360 original, but for those who missed out first time around, the new weapons, difficulty settings and game mode make this an even better game than the already fantastic original.