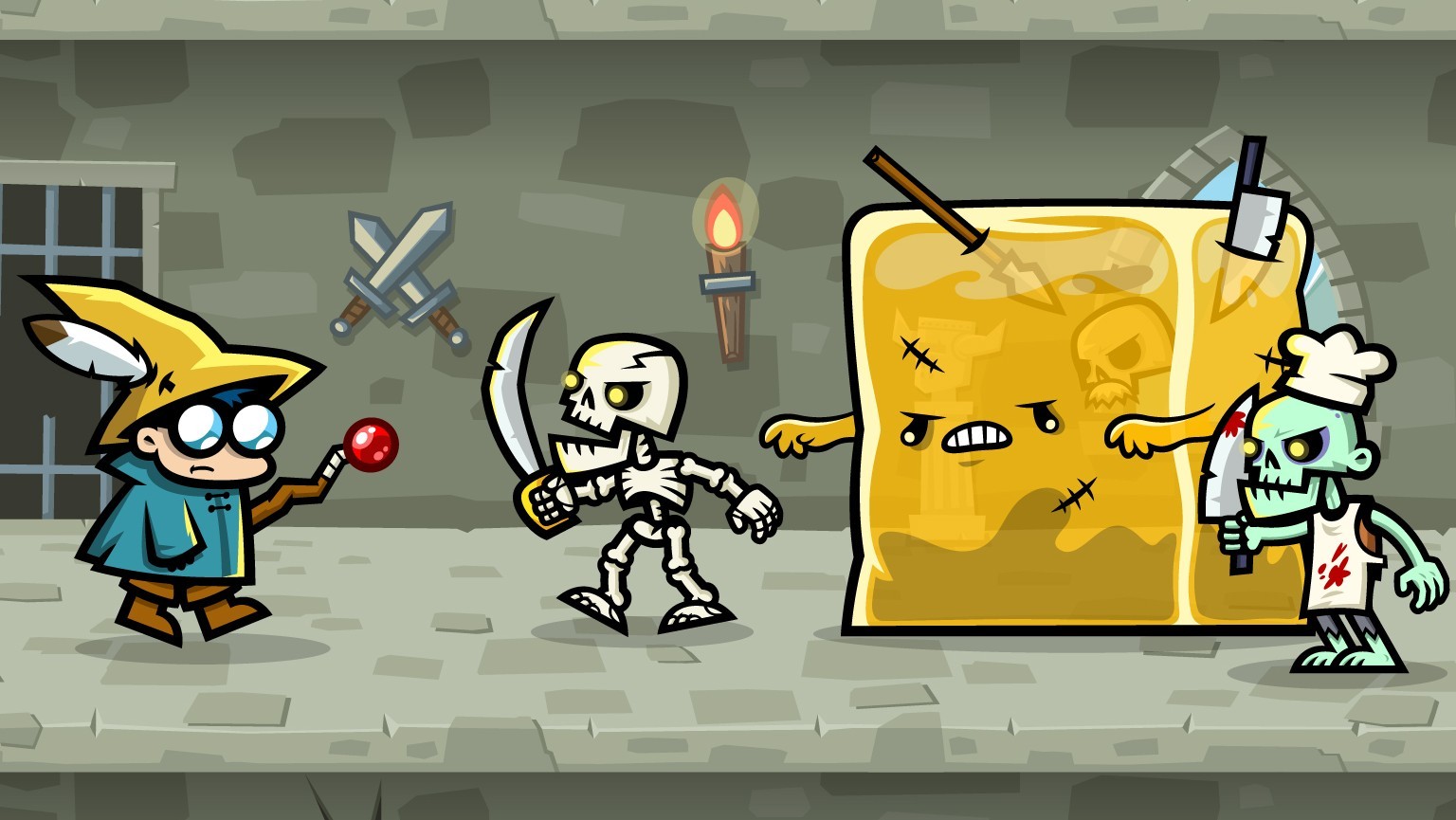 If a title possesses a high-quality console icon (not store icon), and is sufficiently large, size wise, then you are safe to assume that the game in question will more than likely satisfy your needs, and justify its asking price. However, if a game features a low-quality and low-effort console icon, and weighs less than 500 megabytes, then you are in the right to be worried, as such titles, usually are nothing more than a waste of time, and money. And 10Tons Limited’s Speelspire, is one of such games.

Spellspire, is a title of few qualities, and its console icon, surely isn’t one of them. And that’s because it is a rather ugly, low quality mishmash of in-game assets, which seemingly has been thrown together at the very last second. And while the developer behind the title, has surely put in some effort into the icon, as it features some detail, it is ultimately not enough. As even android store’s asset flips have better quality tertiary assets than Spellspire. 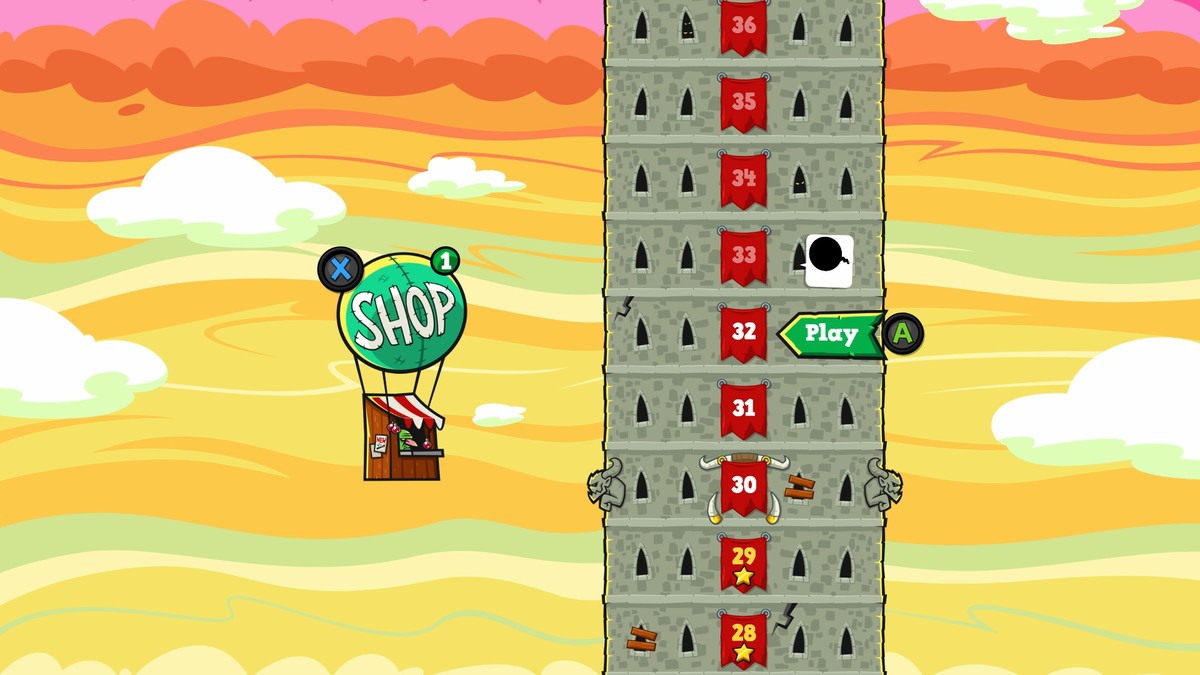 Spellspire’s console icon, while not showing one much, ultimately gives away more than enough. As a single glance at the said icon, is enough to assume that Spellspire, is an uninspired, puzzle game, which has no place on modern consoles. And the remainder of the title, only further proves that such assumptions are correct, as ultimately, Spellspire, is nothing more than a cheap port of a mobile game, which simply feels out of place on modern consoles.

Core gameplay of Spellspire boils down to selecting words out of ten available letters, which are made available to the player at the beginning of each and every stage. And all who decide to purchase Spellspire on consoles or simply download it for free from the android market, will have a chance to test their abilities across 100 very limited and uninspiring levels. Which vary very little, even within the latter stages of the game. As all levels, even the ones featuring bosses, revolve around the same schematic, of defeating enemies one after another, until one reaches the exit.

In short, when it comes to Spellspire’s gameplay, all that has to be said, is that it is incredibly dull, and does very little to motivate one to continue. It is a high maintenance title, which requires the player to do all the work. There are no concrete goals and objectives, besides the completion of all 100 stages, and unless one is a completionists, he/she will struggle to find will to continue past the tenth stage. 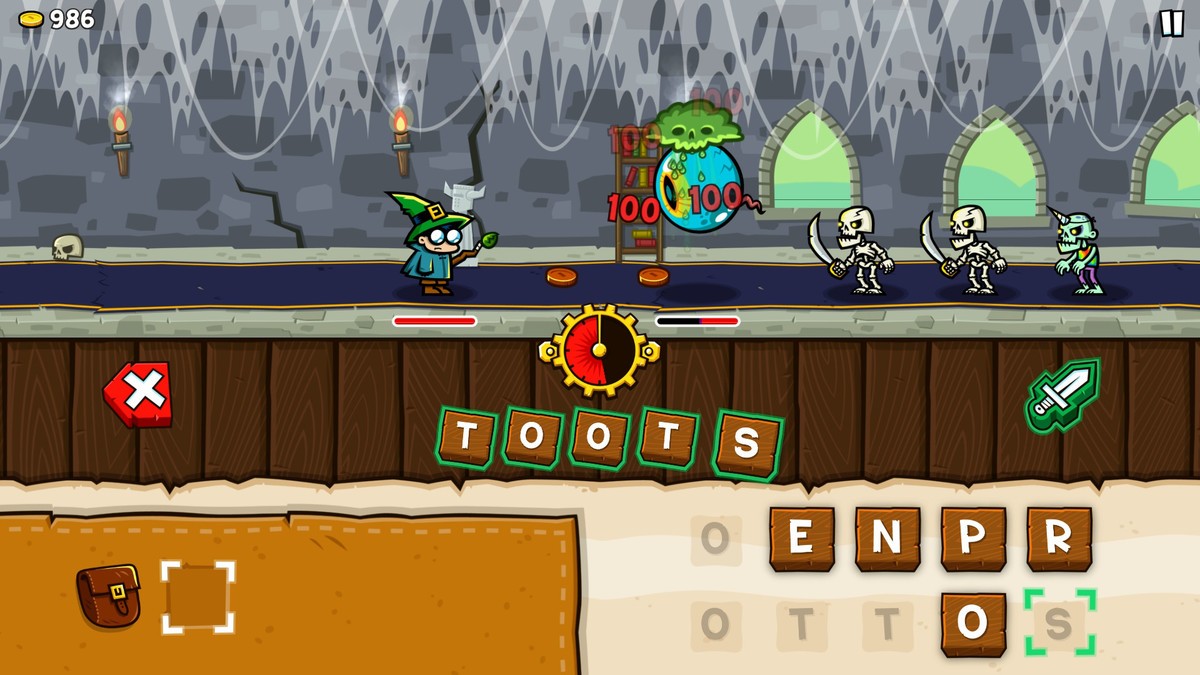 The lack of any meaningful and entertaining content, is ultimately Spellspire’s main undoing. And while it is utterly disappointing, it is in no way, shape, or form, surprising. Simply because Spellspire’s minute file size of just over 86mb, indicates right from the very beginning that it is not a fully fledged indie game with hours of content, and an abundance of tasks and objectives. And while lack of any serious content may be disappointing, it is nowhere near as disheartening as the visible lack of effort which the developers of the title have shamed it with.

Spellspire does nothing to hide its mobile roots. It is a one-to-one conversion, with no additional content or features. And unlike other mobile ports, which make use of PlayStation 4’s built in features, Spellspire, completely disregards them. So, if you were looking to play it using the touchpad, then you are out of luck. As Spellspire, only allows the player to control the title using the d-pad. And to top it all off, 10Tons, have also left all the mobile-centric features within Spellspire, meaning that just like on mobile, certain items are locked behind chests, which can be opened every hour, and can’t be obtained in any other way.

No matter how one decides to approach Spellspire, he/she will always end up with a bitter taste in his/her mouth. As the title in question is nothing more than a disappointing, dull, and disheartening cash grab. Which has received little to no attention from the developer, who has simply ported it onto the consoles, in search of some easy money. And if you desperately want to give Spellspire a try, you should stay away from the console version, and head to the android store, as at least there, Spellspire is free-to-play.