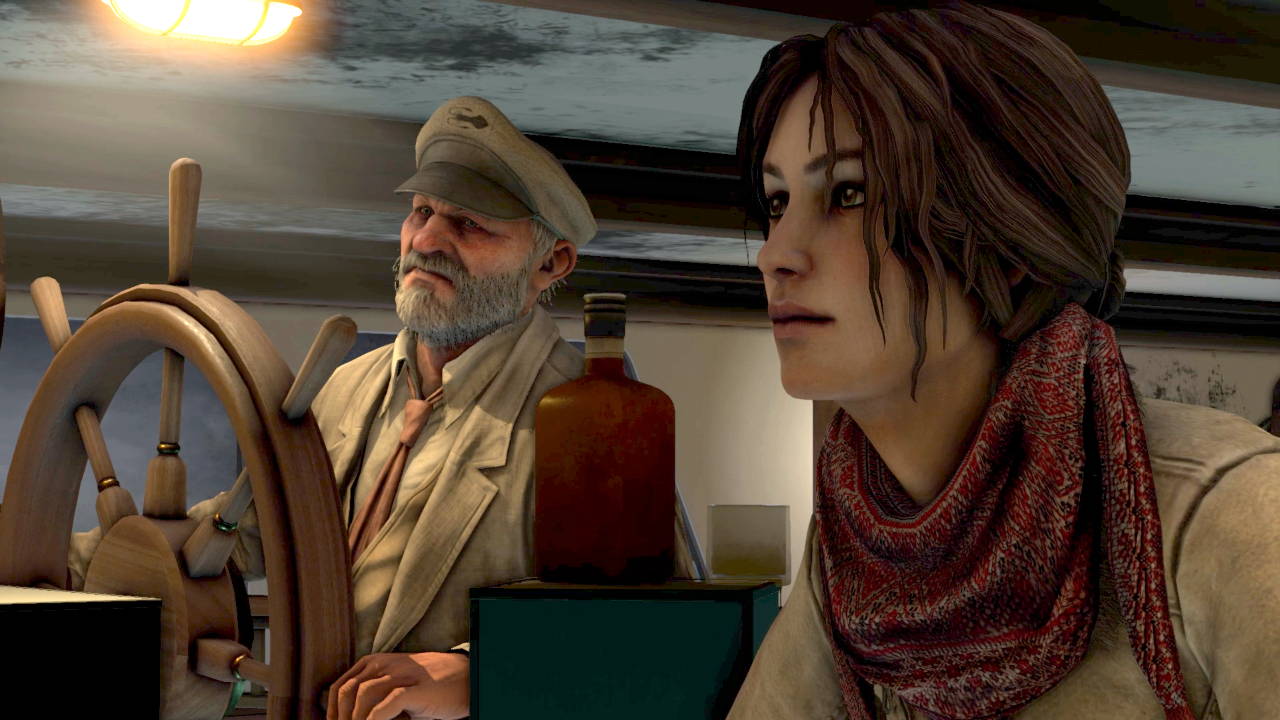 The Syberia series of games has been running now for over fifteen years. However, with the release of the Nintendo Switch, Benoit Sokal’s visionary adventures have found a new home, especially with the re-releases of Syberia 1 and 2, available now as separate titles or, soon-to-be-together in the all-inclusive release of both titles in one package. The latest of the series, Syberia 3, is also seeing a new release on Nintendo’s hybrid console, furthering the adventures of New York Lawyer, Kate Walker, who is set to capture the imaginations of a whole new generation of gamers.

Developed by Microids, with publishing through Anuman Interactive SA, the latest in the long-running series sees our intrepid heroine being brought back from the brink of death by the Youkol Tribe; a nomadic group of people who are aiding the migration of the Snow Ostriches. However, as Kate’s past comes back to haunt her, the group of travellers find themselves pitted within a race against time as they seek to escape the imprisoned town of Valsembor, lose the pursuance of their chasing enemies and find a way around the unexpected. Despite being the third game within the series, this story is very much a standalone game; making it unnecessary to have had to have played through the first titles. However, if you do want to catch up with the background of Kate Walker, then there is a ‘previously’ video which helps to bring newcomers up-to-date to the events preceding this adventure. It’s also worth mentioning that this release also contains An Automation with a Plan DLC; a nice inclusion that gives a different viewpoint to the journey of Kate Walker.

Primarily a 3D puzzle-adventure, the game offers two ways to play: Voyage and Adventure. The first focusses on the story, giving you an easier ride with visual clues and hints, whilst the second mode follows the mechanics of its predecessors more closely, with less hand-holding. However, you can chop and change these modes whenever you like throughout the game. Much like a point-and-click game, you can converse with NPC’s in fully-dialogued interactions, investigate the environments and use items to solve a series of puzzles. However, the majority of conversations hold branching responses or queries, even actions, that determines your relationship status with certain individuals and whatever decision you make, has an impact on the overall way in which the game plays out. Stuck for an idea on what to do next while conversing? Then you also have the option to listen to Kate’s inner thoughts to help in your decision. The whole level of interaction is nicely done, with NPC’s even commenting on your delay should you take too long to make a reply. 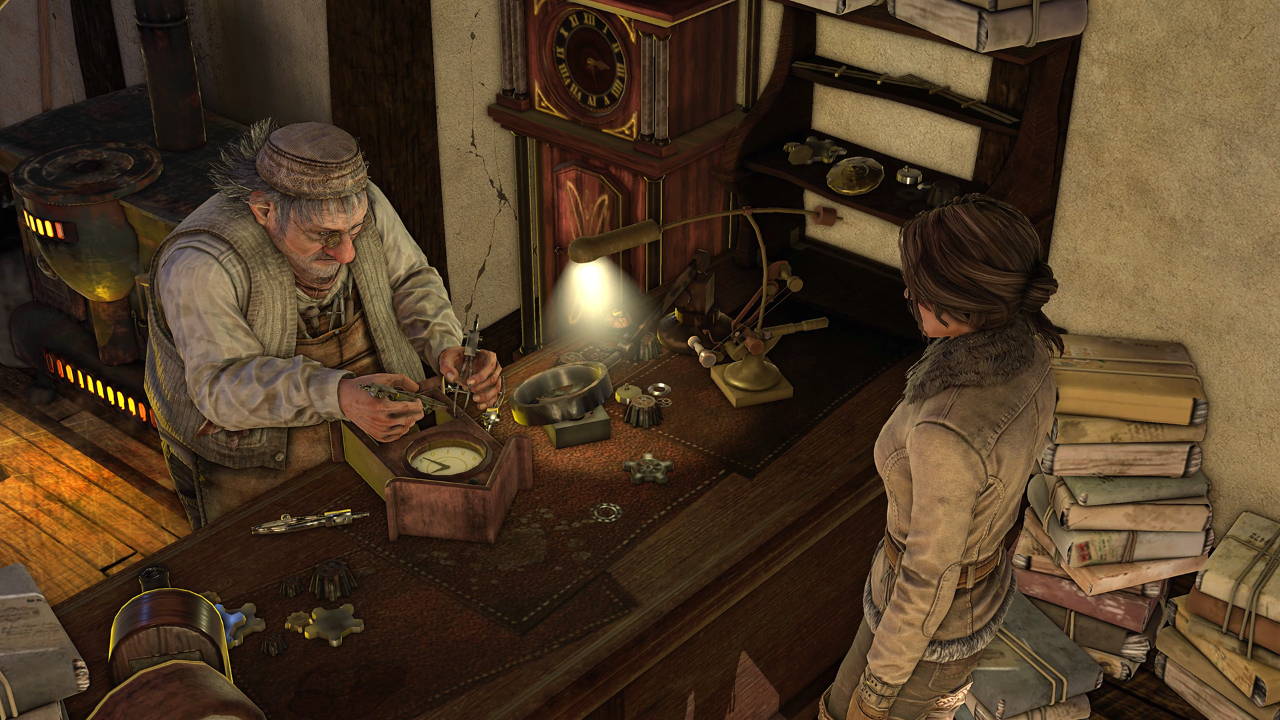 The game’s implementation of interaction is handled superbly here; a function mainly attributed by an easy-to-use control scheme and menu layout. Everything is easily accessible, creating no form of learning curve which helps to immerse you into its world from the go. Movement feels tight, as does menu selection; especially with those that revolve around conversations. The myriad of puzzles too, are easy to interact with and rarely frustrating in their mechanics, producing a smoothness in execution to many of the game’s functions. However, there are a few technical issues that, although don’t dampen the gameplay, can distract. Lip-syncing is terribly off, giving the game the qualities of a dubbed Japanese movie and, in places, there are frame-rate stutters and texture delays.

Another area where Syberia 3 excels is in its presentational values. The environments that you find yourself in are incredibly beautiful, with detailed landscapes, impressive sceneries and believable locations. The level of detail here is staggering; especially when you factor in that this is running on the Switch. Character models are well-animated, with facial expressions that convey all manner of emotion. Lighting and particle effects are also superbly implemented, bringing a depth to the visualisation of the game. It’s simply easy to find yourself lost within the presentation of Syberia’s impressive landscapes; whether you’re playing docked or in the Switch’s portable mode. 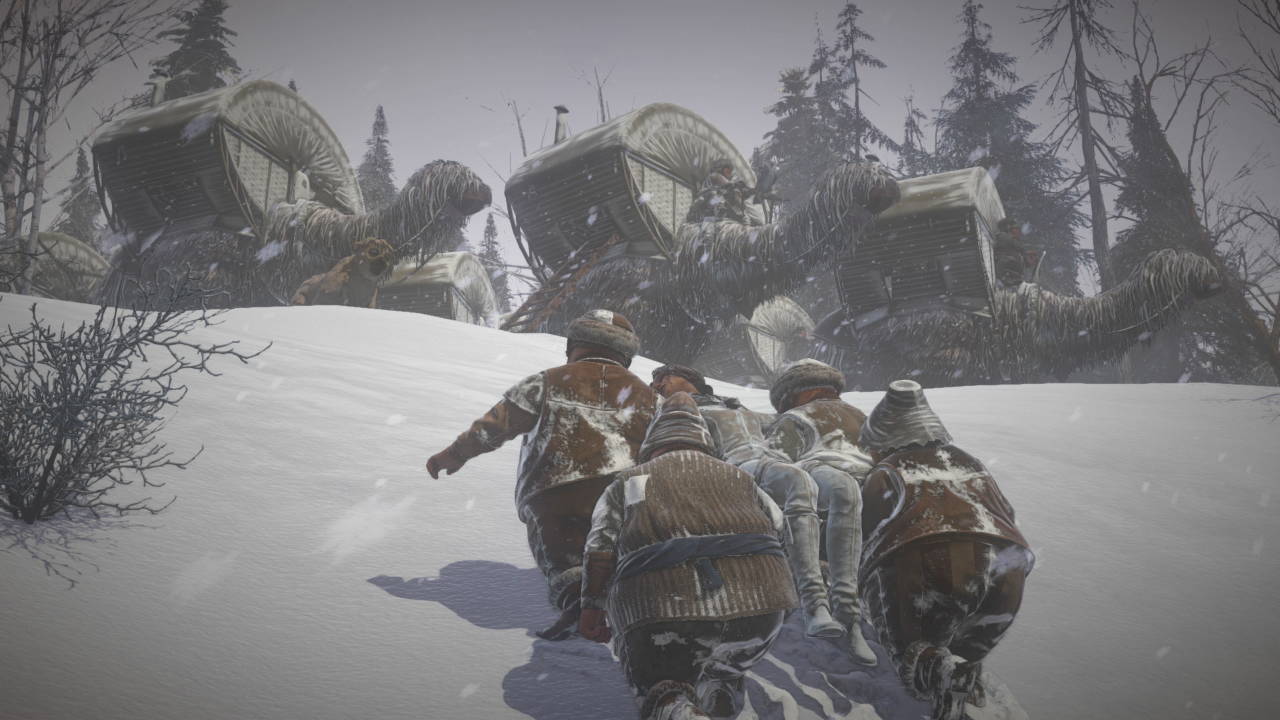 This is all further brought to life with some impressive audio qualities too. The soundtrack completely immerses the player into its world of adventuring; easily matching the likes of blockbusters such as Indiana Jones or Tomb Raider. In fact, despite playing a completely different game, Syberia 3 contains a very Tomb Raider feel in stylisation; especially with its female protagonist and exciting set-pieces. Again though, a couple of inconsistencies on the vocal arrangements do  produce some odd pitch angles, but there’s nothing here to break the game or make its experience an unpleasant one.

Despite a couple of flaws, this is a title that simply oozes with style. From story to visuals and audio to presentation, everything here feels distinctly triple-A. Its immersion levels are high, especially with its believable characters, interactions and soundtrack. The thrill of moving on, not knowing what lies next for you, is simply gripping; an element of the game that is pushed along by its edge-of-the-seat storyline. Saying that though, it does feel the weaker out of the three Syberia games, despite it being the newer within its series. Although its levels are still high, it just felt like it was missing that certain something that made its predecessors so magical; but then again, that may just be me.

Overall, Syberia 3 is a welcome addition to the Switch’s library and another reason to fall in love with our little hand-held machines. You can’t fail to be mesmerised by its high presentation and production values within all of its mechanics. Everything within the game has been superbly implemented, with all of its elements showing a professionalism in all of its executions. It controls perfectly too, with easy to navigate menus and options, as well as character movement and interaction. Yes, there are some technical issues, such as lip-syncing and performance, but these can be easily overlooked. In all, the game feels like an interactive blockbuster movie, all within the palms of your hands and for that alone, makes it game worth popping the popcorn for as you delve into the world that is Syberia.

Syberia 3 is a welcome addition to the Switch’s library and another reason to fall in love with our little hand-held machines.