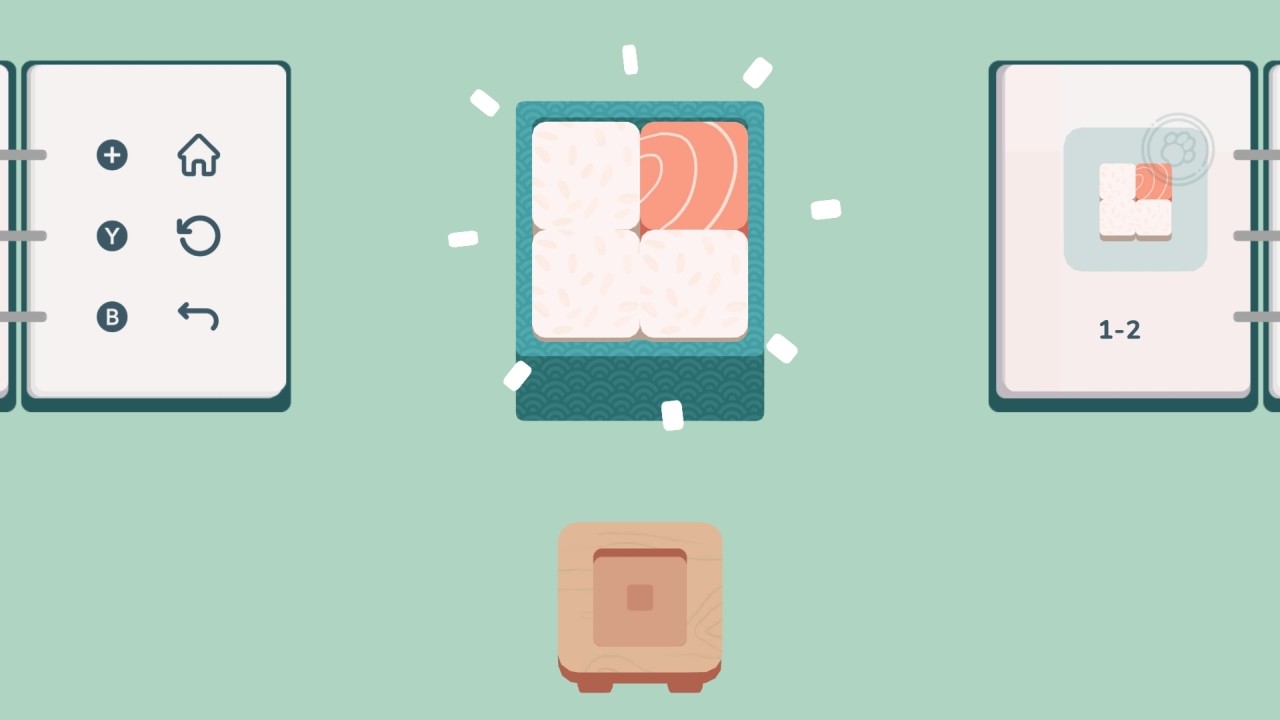 As a young lab assistant, I remember coming across an article about Bento, and the levels of detail Japanese parents would go to, to provide stunning and nutritious food for their children. A few years later and I finally understand the passion, even if i struggle to find the time to replicate, these wonderful pieces of art in a box.

Enter Polish studio Afterburn Games and their puzzle game, Inbento. Originally released for mobile platforms, the game quickly ported over to the switch, most likely due to the easy translation of its features and gameplay to the Switch. Inbento is a simple puzzle game where the goal is to match the various items in a bento box, to the recipe card on the right hand side. 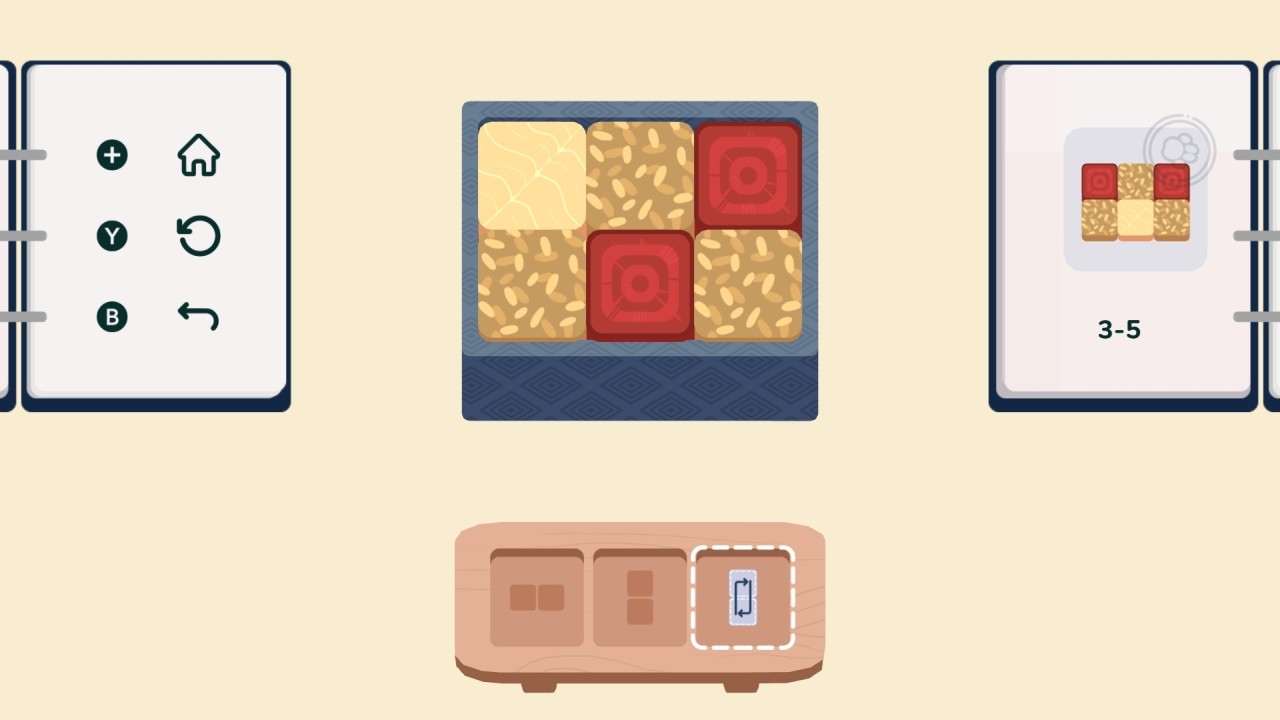 The game itself is beautiful in it’s simplicity. Taking some inspiration from games like Tetris, you are able to rotate, swap and move various tiled pieces of food, each having a pattern to distinguish itself from others. The game starts simply, working through each chapter initially introduces new features, such as layering food on top of other tiles, and acts as a tutorial for later puzzles in the same chapter. As chapters progress the complexity of the tasks increase with it, though not always the difficulty. But there is also the ability to “undo” errors using the B button, resetting the puzzle by one set of tiles until you are back at the beginning of the puzzle. The game spreads its puzzles over 14 chapters and there is a degree of flexibility in the difficult of the puzzles as you progress.

The game has transferred to the switch well, being a fun and accessible title regardless of whether being played in the dock or in handheld. The dock uses intuitive controls on the joycon/controllers to swap, move and place your tiles. Whereas in handheld you have the option to trade the joycons for using the touch screen. I have to say, I preferred using the controller, but this is probably due to an ingrained muscle memory; even when playing games on the DS and 3DS, I chose standard controls over touch controls every time.

The game’s shining feature however, is its art style and its use of narrative. The chapters play out a story of a family of cats through various situations, but with no text or dialogue, the stories play out though a series of still images, that also take advantage of the Nintendo Switch’s gyroscope functionality. The simplistic, but colourful pastel theming provides a relaxing environment and the use of line drawings and diagrams makes this a game that is accessible regardless of language ability, the only limitation is your perseverance. 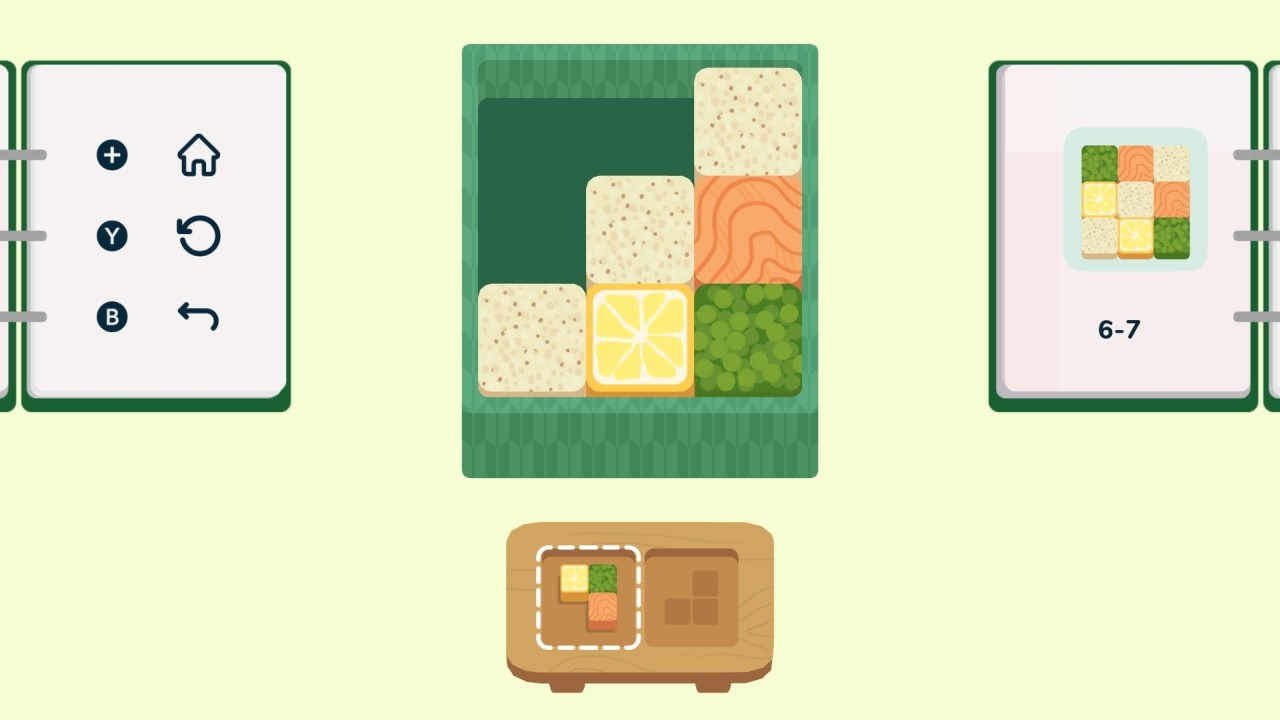 The audio, while a collection of Lo-Fi tunes made mostly of chimes and marimbas, provides a calm and peaceful accompaniment to the main game and adds to the overall experience beautifully. The aesthetic experience feels incredibly soft and warm and compliments the background story incredibly well. The whole experience really makes you appreciate the loving attention parents put into producing real quality bento for those who appreciate it, but if not, the puzzle elements gives you a much more engaging aesthetic than say the simple tetriminos of Tetris.

This is genuinely one of those rare mobile games that transfers well to the Nintendo Switch, It is an absolute hidden gem and for such a low price it is a must own for anyone who loves puzzle games. The only real complaints are some inconsistency in difficulties, though this is incredibly minor and practically unnoticeable, and the lack of replay value once completed. This last issue is compounded by the fact that the game is relatively short to complete, making it a short distraction for those who play it constantly, or a title that players will want to ration in order to drag the length out.  However, don’t let the negatives put you off, this is a real gem for anyone who loves puzzle games.

Inbento is a fun, but short, tile based puzzle game with an adorable setting and aesthetic. The gameplay is simple to learn and the complexity of the game comes from the location of tiles and using the correct tools to align them. This is bolstered by a series of gyroscopic images that tell a tale of a family of cats across the chapters. The art style is well presented and the use of colours presents a calming and relaxing experience which is combined with a beautiful soundtrack to give a short, but sweet hidden gem on the Nintendo Switch.