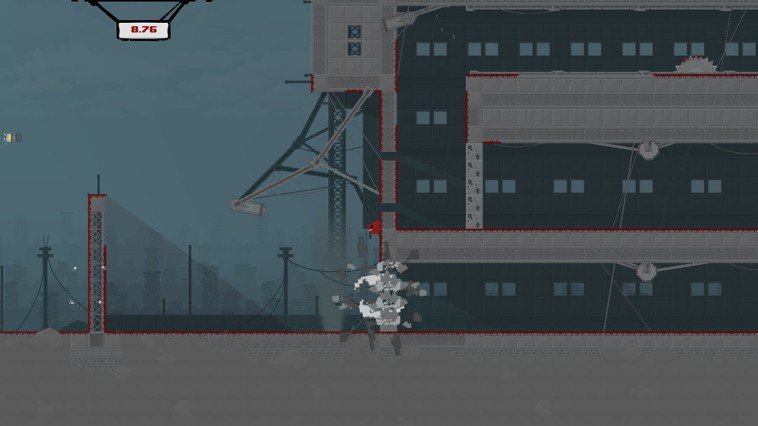 Super Meat Boy has been around now for over five years, and has garnered a wealth of reverence from the gaming community. This is all thanks to the fast-paced and inch perfect platforming, along with its unique sense of humour and quirky art style. It’s been circulating around long enough for everyone to know that it’s a well-polished indie legend, but it’s a late arrival to the Wii U, and like many other late ports to the system, it’s just a bit hard to get excited about it.

You control a skinless lump of meat – the titular Meat Boy, who embarks on a quest to rescue his girlfriend, Bandage Girl. The goal is simple; navigate the treacherous terrain to get to your beloved at the end of the level. Every time you do though, the wretched Dr. Fetus appears, punches her in the face and carries her off to the next stage, Bowser style. The humorous and bizarre plot takes a back seat to the gameplay however, with finely designed levels and exquisite platforming mechanics at the forefront of the memorable experience. 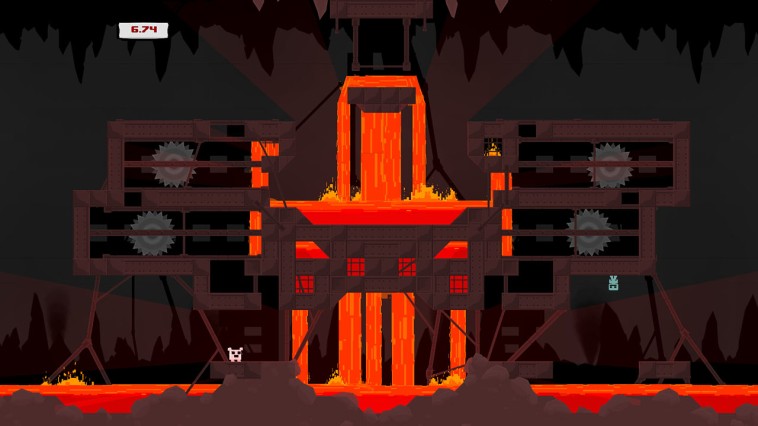 What is there to say about Super Meat Boy that hasn’t been said already? It’s just a really great game that’s stood the test of time regardless of its age. It allows you to approach the hundreds of stages at your own pace, figuring out the best ways to pass the many obstacles, and it gives you as many lives as you want so caution isn’t really an issue. The difficulty is an issue though, and by god does it get tough.

This is a game that will take a long time to master, and you’ll find that if you don’t give it your full undivided attention, it’ll just eat you alive. The fluidity of the gameplay is fantastic, and you’re given superb control of your movement and jumping, but it usually boils down to trial and error unless you’re a total pro. When you get killed by one of the many saw blades or death pits, you’ll respawn immediately to try again. You’ll start back at the very beginning and everything you’ve touched or altered in the stage will be reset, but the mess left by your butchered meaty carcass will remain. So if you’re stuck on a level for a while, the mess you’ve left behind mercilessly emphasises how many times you’ve failed already. Thanks for that. 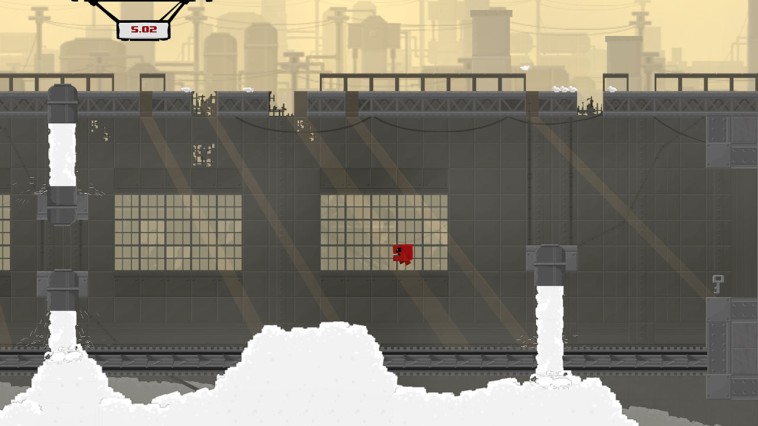 My favourite part though is watching my hilariously meagre attempts in the replay mode; Once you pass the stage, the game replays all your attempts simultaneously. It’s fun just to sit back and watch, in silent triumph, as all your replayed attempts all rush to the same goal with only one solitary Meat Boy making it all the way. Kind of like sperm to an egg.

If you’ve never played Super Meat Boy until now, I’m honoured to inform you that it’s still a really fun game. The only drawbacks at this stage mainly depends on your personal preferences. It’s as hard as an old weathered goat, but is notorious and largely accepted for being as such. So if you don’t consider yourself the patient kind, it’s unlikely this will rope you in. I always accepted Super Meat Boy as a great game, but it’s definitely not for everyone. Also, this is a barebones port and Wii U owners won’t be enjoying much more than anyone else has, regardless of it being available for over five years.