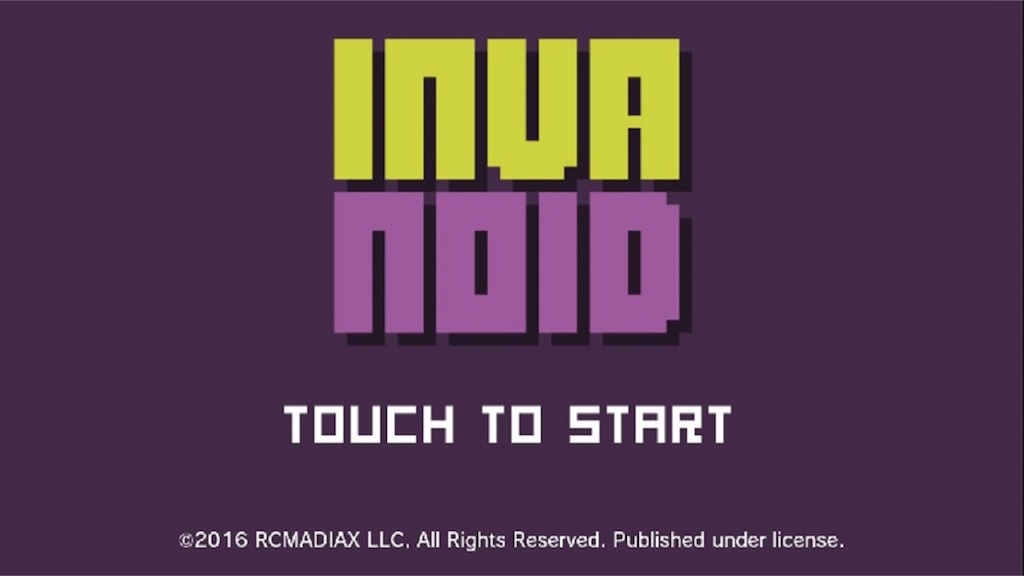 INVANOID is an Indie title on the Nintendo Wii U which seems like it is trying to be a smart phone game. I will explain this statement in a bit further detail throughout the article, but I will express my general opinion about this game up front: it does a whole lot wrong and barely anything right. I will explain my reasoning and allow you to decided if INVANOID is worth it for you.

The graphics in this game are two-dimensional and pixelated. This in and of itself is not necessarily an issue, considering many popular, well-made indie titles have been created in this same fashion. However, the graphics in INVANOID are generally bland, with every character, enemy, and object being a simple square with little to no additional detail. You will also notice in the gameplay pictures below that INVANOID employs a whopping five different colors, two of which are simply black and white, and another two of which are just different shades of the same color.

INVANOID’s bland visual display is matched by a limited supply of sounds. Its soundtrack features only one song and one sound effect. The background song used is admittedly rather upbeat and pleasant to listen to, although it is placed in the game awkwardly. As it is the only song, it continues playing when the player loses, creating awkward seconds of nothingness while this upbeat music continues to play. In addition, the one sound effect which plays whenever an enemy is destroyed or the player loses is frankly annoying, especially with the constant repetition of the noise. 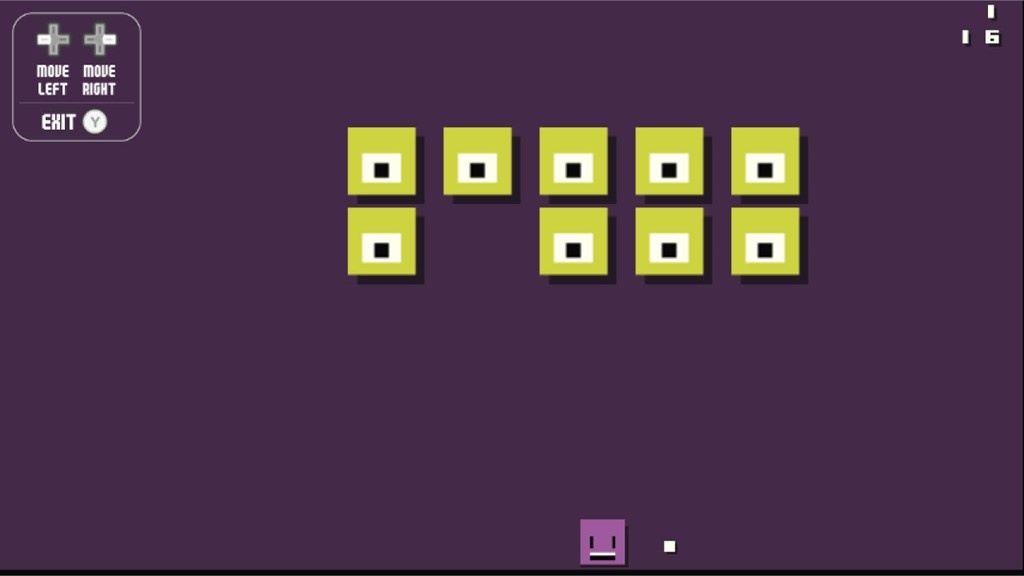 The very first thing I noticed upon jumping into INVANOID was how awkward and difficult the controls were. Rather than playing using the fluid movement of the joystick, players are forced to move their quadrilateral character using the D-Pad. The player feels like they have less control, which is the worst thing to feel while playing a video game. It takes very light, precise taps to move the character only slightly. Otherwise, it will slide with momentum, often causing the character to miss the moving pellet completely (more about this will be explained in the “GAMEPLAY” section).

On top of this, the game’s physics are painfully inconsistent. Upon hitting an enemy, the pellet could bounce in any random direction and at any angle. Sometimes, it can go straight through an enemy. If the character is unable to hit the pellet from the top and hits it from the side, the direction which the pellet launches is impossible to predict. Sometimes it goes straight up, other times it launches straight out, and other times it will simply launch down and cause the player to lose. There are even times when the pellet manages to get stuck moving back and forth horizontally above where the enemies spawn, making it impossible to progress. In these instances, the pellet will eventually explode and cause the player to lose.

The goal of INVANOID is to move the unnamed purple hero from side to side, in order to hit a pellet into approaching enemies. Enemies hit by the pellet will be destroyed, and the player must stop enemies from reaching the bottom of the screen, lest the player lose points. Ten enemies, arranged in two rows of five, will appear at a time, and eventually another group of enemies will appear even if enemies from the first group still remain on screen. If the pellet goes below the screen, then the player loses and is forced to start over. This basic idea has been attempted in many fashions before, but INVANOID fails to execute it properly. The gameplay is frankly unentertaining, and tends to be frustrating more than anything else. 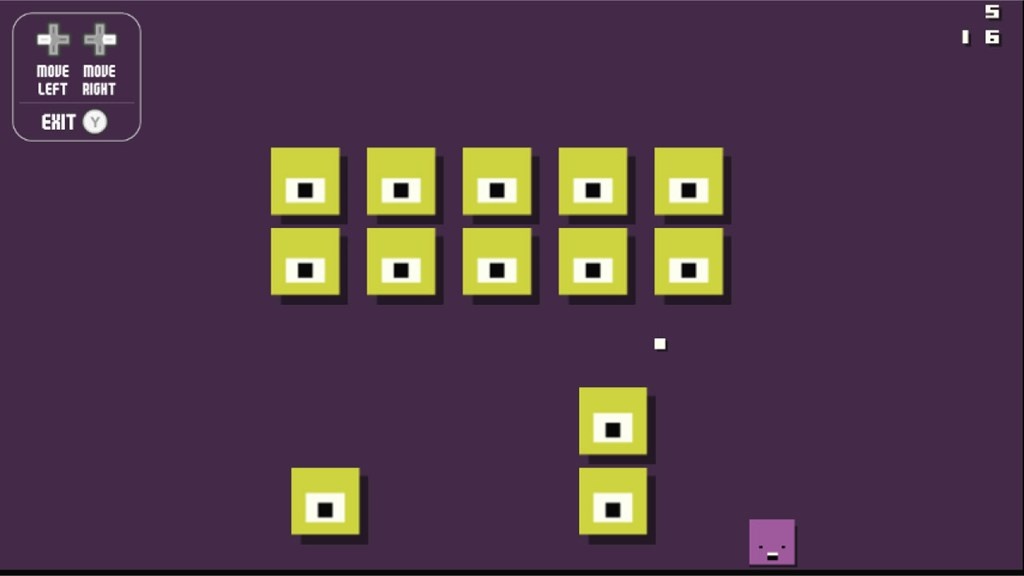 Perhaps the biggest problem with this game is its poor layout. For one thing, the goal of the game is not obvious. The player is sent into the midst of gameplay immediately after leaving the title screen without any sort of cutscene or directions, aside from the control instructions in the top left corner of the screen. There are scores listed in the top right corner of the screen, but how these scores change is not easy to notice while playing, and the game never outright tells you what the scores mean. The top number refers to the player’s current score, determined by the number of enemies destroyed by the pellet minus the number of enemies who have either made it to the bottom of the screen or have been destroyed by the playable character running into them. I still have no idea what the second score means.

Another thing which makes INVANOID such a chore to play is the lack of independent levels. The game appears to be one continuous level with the exact same design. Hit the pellet some. Destroy some enemies. Some more enemies show up. You lose. You start over. The game offers no goal to achieve and no foreseeable end to the game. Even if you are able to destroy all of the enemies in one group, no reward is granted. INVANOID offers the player no reward for any sort of accomplishment and punishes any mistake by returning the player to the very beginning of the game.

As I mentioned earlier, INVANOID might fare better as a mobile title. Players could have fun raging about the wonky mechanics together, and it could be a nice time waster on the go for single players. But if you are at home with your Wii U and you have nothing better to do than waste time playing this game, then you seriously have too much free time. INVANOID is simply a bad game, being very poorly designed and almost unplayable as a result. There are countless other fun indie titles available on the Wii U eShop; pick one of those instead.