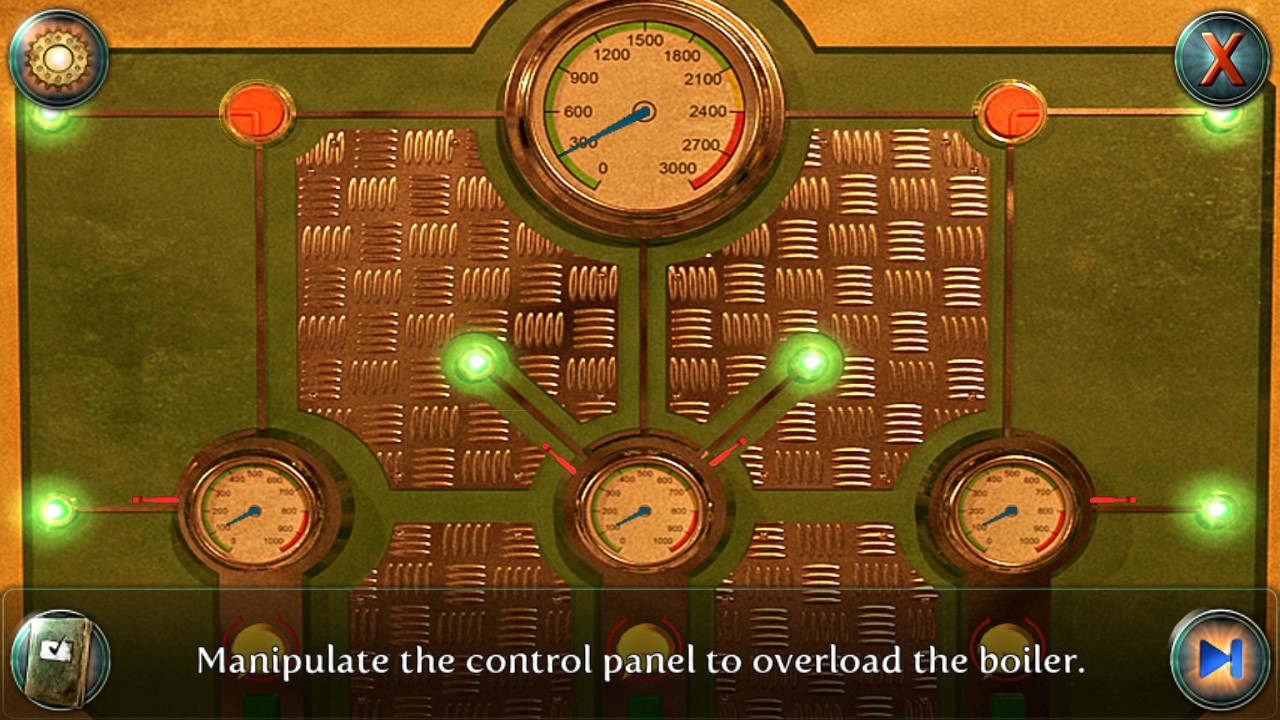 What do you get when you mix a lavish French hotel, a Detective on vacation and an unfolding mystery, you get Brightstone Mysteries: Paranormal Hotel. Developed by G5 Entertainment, the game was originally released for Mac and PC’s back in 2013, however; it has now become available on the Nintendo Switch. So is this a mystery worth unearthing, or would it be better left in the archives, let’s find out.

The narrative of the game is somewhat straightforward, you take control of Detective Bridgit “Biggi” Brightstone, who is taking a much-needed vacation when suddenly her boss calls, with a case so intriguing that she simply cannot refuse. Within the halls of a French hotel a valuable necklace has vanished without a trace, whilst a guest has mysteriously fallen into a coma. All of these sound quite interesting. In my spare I love to read mystery novels, so when I began playing and I was quite intrigued by the concept. However, as the game progresses, (as I am sure you can tell by the title) the paranormal rears its head, and following this the game becomes a little cheesy for my liking. But if you’re a fan of campy detective B movies, I think that you would probably really enjoy this. 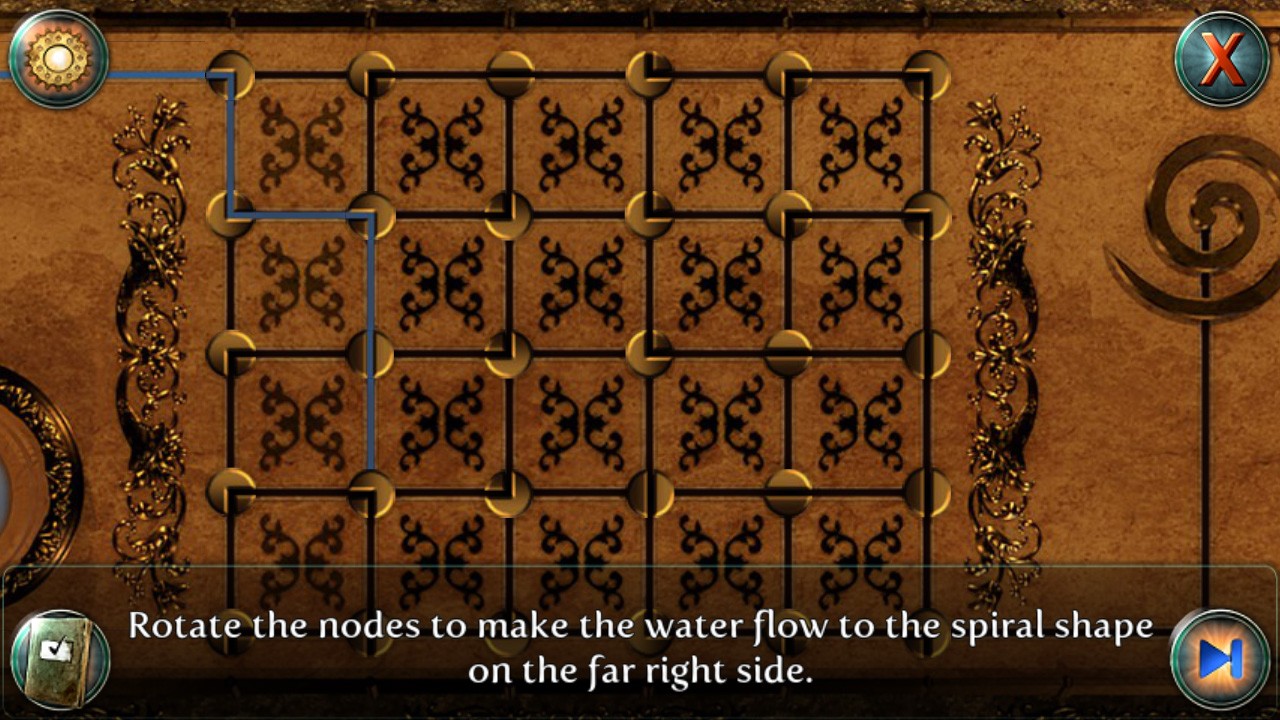 As for the gameplay, I am happy to say, there are no real issues to address. Brightstone Mysteries is a hidden object/puzzle game, and I would say it is one of the more enjoyable games within the genre that I have had played. A nice touch within the gameplay is the three-level difficulty setting, which usually rarely affects players’ games. Here, however, your difficulty setting will influence a wide variety of the possibilities, ranging from giving you help and hints, to the amount of tasks needing completion. For the purposes of time, I initially played through the game on the easiest setting, and if you are someone who would like to follow the narrative closely, I would recommend doing this too, as it really allows you to focus more so on the narrative rather than the puzzles.

Speaking of which, the puzzles are always welcome when you encounter them within the gameplay. I personally think they are strategically placed throughout the game, so when you’re getting bored with going from room to room, collecting objects, mixing objects and interacting with other objects, you get a much-needed break from all this time spent with objects. These puzzles range from the simplest tasks, such as collecting a key from a very narrow hole, using your finger on the screen to pull it up to Bridgit, to a more challenging map reconstruction. I liked the dimensions theses tasks added to the game, as they really saved it in many ways, from being flat and very repetitive.

One aspect of the gameplay I found particularly bad, was when you’re given the opportunity to ‘interact’ with NPCs. This addition of gameplay is referred to as ‘interrogating’ and you will be able to choose how Bridget replies. Now, this did initially excite me, but the overall execution did not pay off. Rather than being given the options which may influence the NPCs response, Bridget only really has one option, the other options which appear are all previous options, which will trigger previously seen dialogue. I get why this was included, as, throughout the game, there are moments where a lot of information is dumped on you, and you may want to go back and repeat what was said. But if that’s the case, why describe dialogue as options, when that’s not what it is. 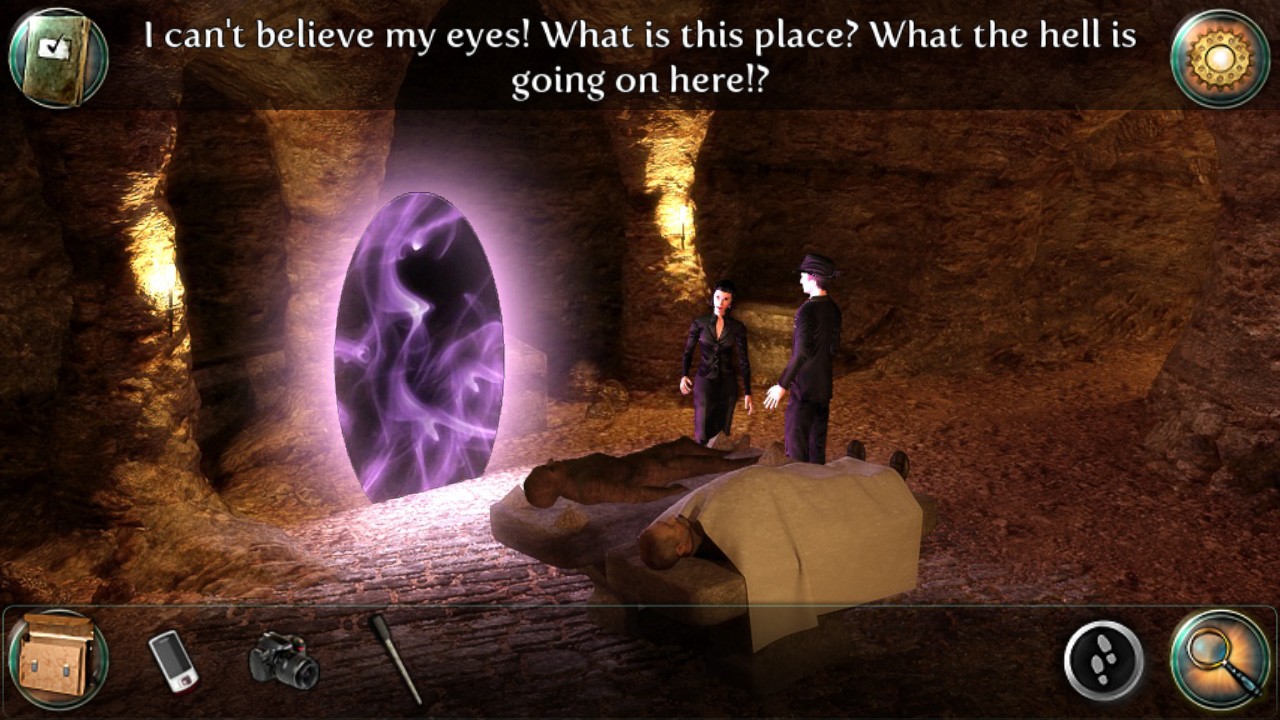 However, this is not the biggest offensive aspect of the game. That title goes to the graphics. With all due respect to G5 Entertainment, this game has aged horribly since its release in 2013. In fact, I looked up footage of its previous incarnation and nothing has changed or improved. If you showed me footage of this game with no context (especially the cinematic cut scenes) I would have thought that it was released in the very early 2000s. I preferably would have liked to see some re-mastering go into the game, as I think it’s such a shame that the game looks the way it does because as previously noted there are some aspects which are quite strong. But this is just so disastrous, I couldn’t help but think ‘wow this game is ugly’ whilst playing.

Overall, I would say Brightstone Mysteries: Paranormal Hotel is a fairly middle of the road game. There are aspects that are very interesting and will pull you into a fun, immersive world, which you can lose yourself in for an hour or two. However, there are also aspects that really leave you scratching your head, or in my case recoiling at the design. With all that being said, I had fun playing the game, and I would certainly recommend it to all of you who love puzzle games! Brightstone Mysteries: Paranormal Hotel is now available on the SWITCH Store!

I did have fun playing the game, and I would certainly recommend it to all of you who love puzzle games! Brightstone Mysteries: Paranormal Hotel, is now available on the SWITCH Store!