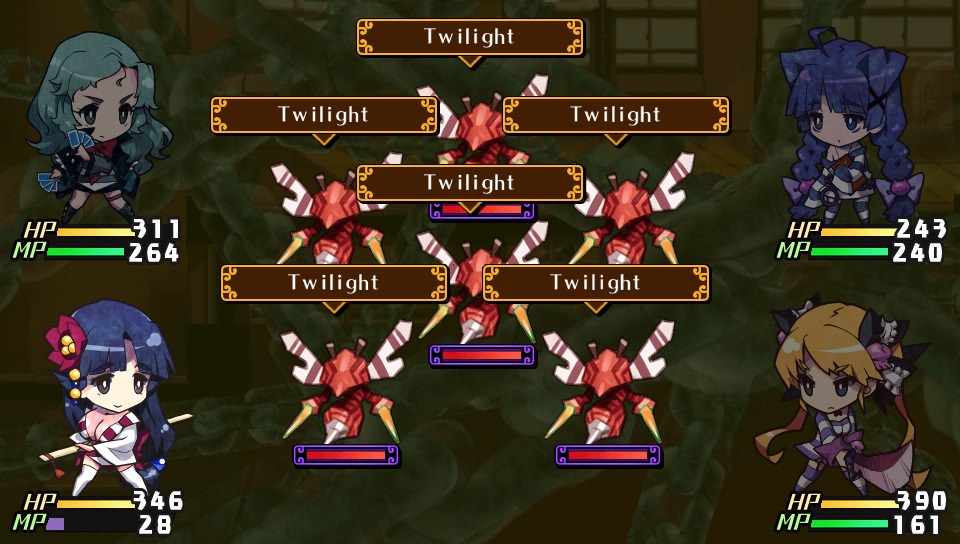 Perverted? Innocent fun? Repetetive? Boring? Imaginative? Criminal Girls: Invite Only might well be many of these things to some and even all to others. This odd mix of traditional dungeon crawling JRPG gameplay, surprisingly progressive mechanics and a whole lot of incredibly questionable S&M-style kinky torture makes for a game that is both difficult to pigeonhole and even harder to judge.

The fact of the matter is, regardless of the quality of the more traditional aspects of the experience, many will be unable to see past some of its murkier and more morally questionable design choices. Personally, I think it’s too silly to be taken seriously, but when a notable part of the gameplay is poking and rubbing (read: torturing) scantily clad and evocatively poised girls in an attempt to “motivate” them into battle, it’s hard to argue with those that do feel more than a little offended by it all.

Simply put, if the thought of scantily clad girls, S&M and generally questionable sexual overtones make you in any way uncomfortable, you should totally give this game a miss. If none of that bothers you, well, you might want to give it a miss anyway. It’s not that Criminal Girls: Invite Only is a particularly bad game or anything, it’s just not a particularly great one either. Outside of its somewhat unique torture mechanics, this is a relatively run of the mill dungeon crawler. It has a few decent ideas, the art design is solid and the combat is enjoyable enough, but there is nothing here that stands out beyond its obvious lewdness with the dialogue, story and characters all failing to make the most out of what could have been a thematically interesting approach towards sexuality and taboo in video games. 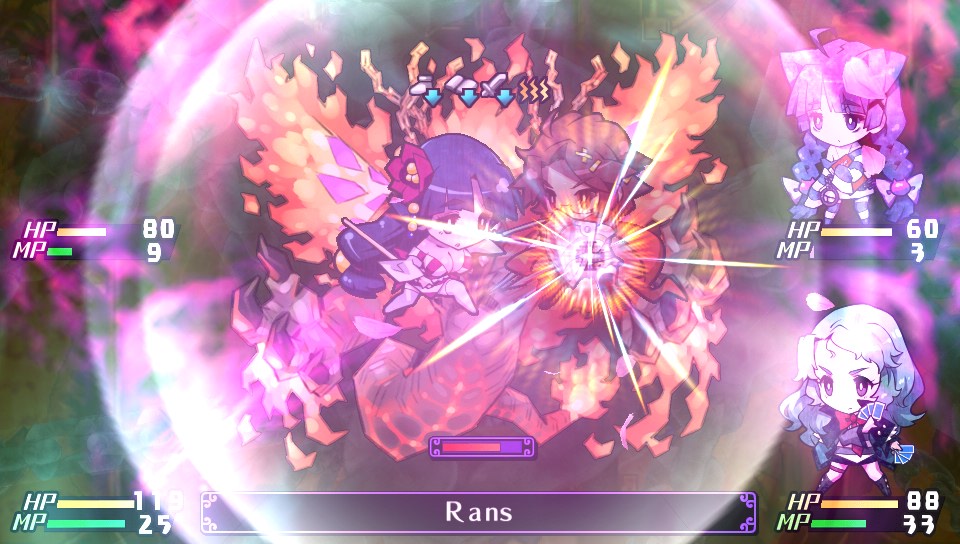 As it stands, this is a serviceable but otherwise forgettable JRPG which falls back on titillation to provide the sense of wow that is otherwise lacking from the core gameplay.

Despite the core concept of you having to guide these girls through hell in a loosely themed tale of redemption (but you know, with whips and chains and stuff), Criminal Girls actually falls back on rather traditional JRPG tropes relatively quickly. Outside of the very simplistic motivation mini games that see you literally swiping and rubbing at the fetish-themed girls on screen, you’ll soon find yourself in recognisably classic locations with green fields and arctic tundras soon replacing the Hellish dungeons found at the start of the game.

Of course, you still have to keep spanking, tickling and electrocuting these girls to keep them motivated, but beyond that, things do become more traditionally recognisable. Still, as increasingly bizarre as these mini games are, they do at least make sense within the confines of the underlying gameplay; they might be obscene, but they actually serve one of the games’ more interesting mechanics.

Rather than levelling up, you need to ‘motivate’ the girls to use their pre-existing powers – once done, you can then go into battle using their new fetish-inspired abilities. The twist here (beyond all the bondage and stuff), is that the girls choose the ability that they want to use ahead of each battle. This forces you to make use of the whole team and to combine the abilities forced upon you for each battle to best effect. While some might find this constrictive, it does force you to stop spamming the same set of successful moves battle after battle. Repeating the same abilities is all too easy when making your way through the majority of JRPGs, so being forced to mix things up is actually rather clever and keeps things from feeling overly ‘grindy’. 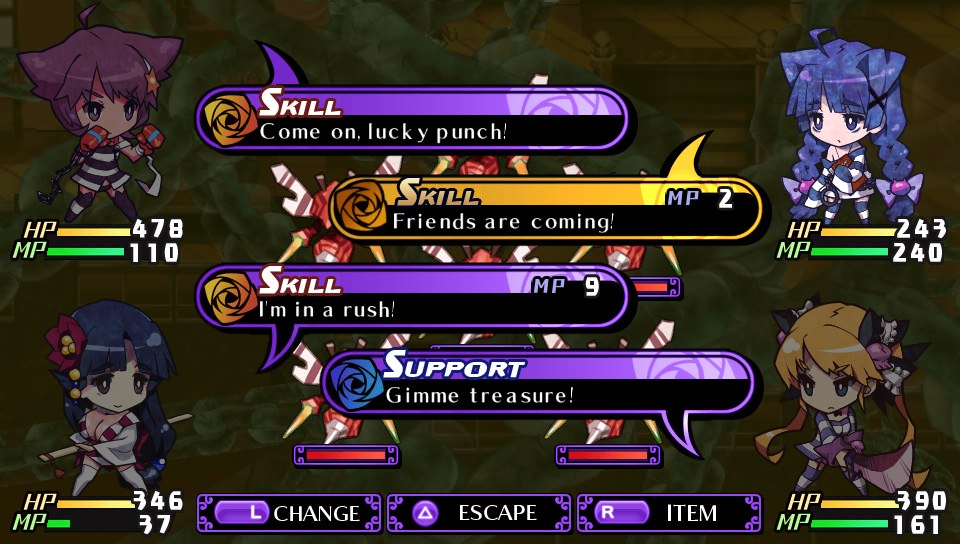 The only problem here is that, due to the random nature of the attacks, the abilities of your enemies have all been flattened out to ensure that you never hit an unfair difficulty spike based upon the arbitrary abilities afforded to you for any particular battle. While that is arguably necessary given the unique nature of the move set for each battle, it does mean that while the combat is varied throughout, enemy tactics remain disappointingly rigid. Enemies all look cool enough thanks to the games’ consistently impressive art design, but other than the occasional boss battle, they all offer an extremely similar and predictable threat.

Despite it’s questionable approach to sexuality and the somewhat degredating depiction of its female leads, at its heart, Criminal Girls: Invite Only is a solid if unremarkable dungeon crawler. The combat is enjoyable despite its repetition and the art design is fantastic throughout. Yes, taken on face value, the ‘motivation’ mini games are undoubtedly tasteless, but it’s all presentetd with tounge firmly in cheek, and while the narrative and charatcters fail to put a clever spin on what is essentially an overtly sexualised gimmick, it doesn’t change the fact that Criminal Girls: Invite Only is probably a much better game than you think it is.