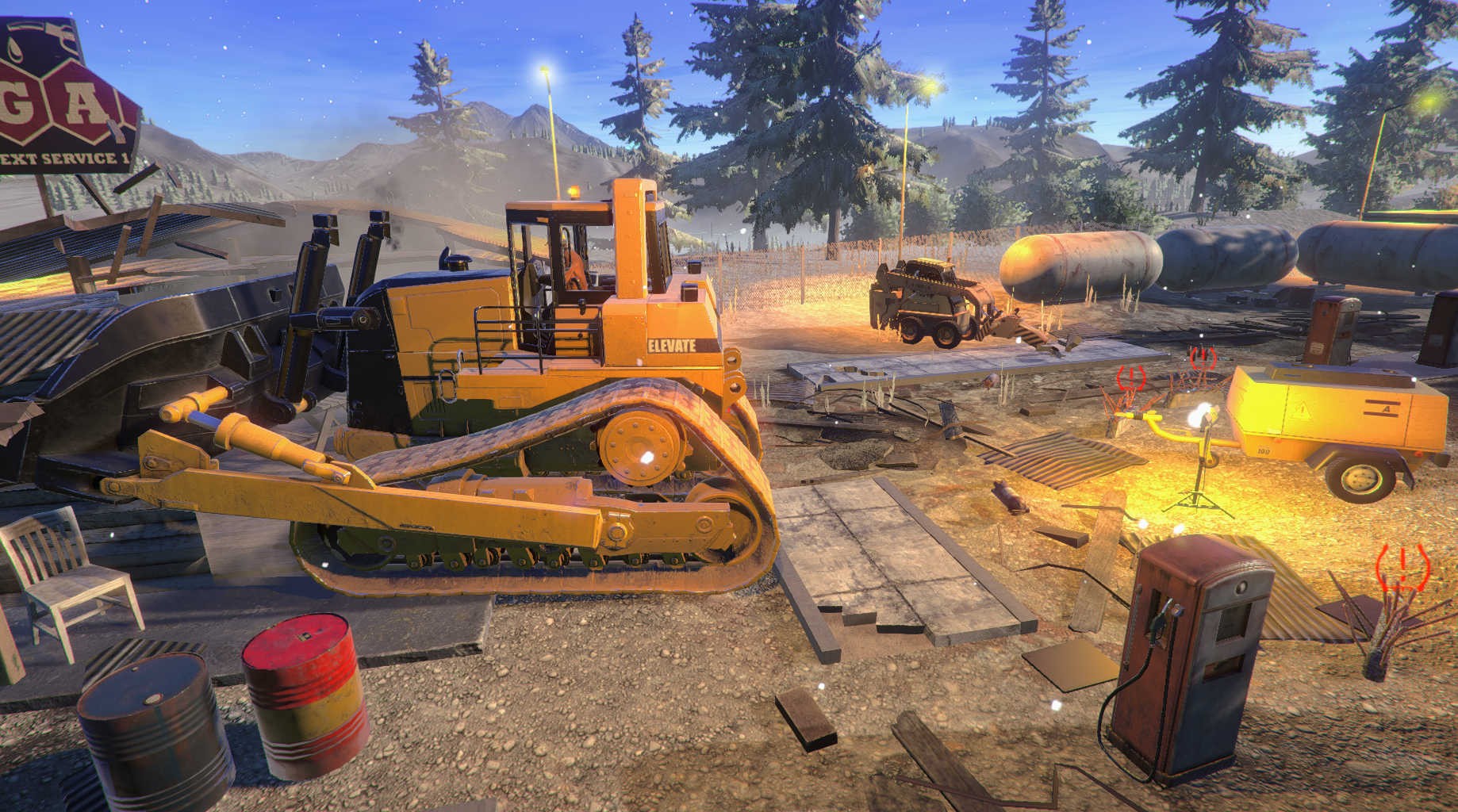 There have been many construction simulator games released, especially on PC and a few have found their way to consoles recently. I’ve always been intrigued to see how they play out as there appears to be a very niche group that follow this genre of gaming, games like Farming Simulator and suchlike.

Now I think we’d all agree smashing things to bits is amazingly fun, even in real life being able to smash a brick wall down with a sledgehammer is satisfying until you realise you’re the one having to clear up the aftermath. It was clear from the title of this game that we would knock things down and then rebuilding, but would it grant the same exhilaration as blowing areas up in a video game? Developed by Ultimate Games and published by Noble Muffins, the game launched on Xbox One very recently after having been on Nintendo Switch for a short period of time. Demolish and Build offers four huge locations in which we can destroy and construct buildings. Priced at £16.74 (UK Price), it is what you’d expect to pay for an average indie title these days.

So you’ll start your time in Demolish and Build by creating your own character, I say creating it is more like picking out one from a batch already created for you. Don’t expect any deep creation here such as the curvature of the eyebrow or the colour of your nose hair, you aren’t getting it here. It doesn’t make much difference what you pick really as the entire game is played in first person perspective so I casually just picked one at random and dived straight into the game. The menu system was very basic and a little clunky, it didn’t really feel like much effort was put into this initial area of starting up the game. I like my gaming experience to be like dining out. If the welcome is warm and friendly with an attractive setting, then you get good first impressions. This felt like walking into McDonalds when the tables are cluttered with rubbish and you have to clear up yourself before you eat. I hoped that the game itself held up some solid gameplay to counteract the bland welcome.

Demolish and Build sets you off on the job of knocking down parts of a run down Casino with a very demanding boss on the other end of the phone. You are then expected to perform a few tasks here, disconnect some wiring, smash a few stone pillars down, chuck some old chairs in the skip and demolish two lion statues on the roof. I’ll be completely open and honest here and state that graphically this game is difficult on the eye. It reminded me of an Xbox 360 title from the early days of the console if not before. But graphics don’t make a game, right? I carried on playing and hoped that there would be something great to take away from this, I couldn’t help but think they literally must have ported the game straight from the Nintendo Switch to Xbox One with no utilising the extra power of the consoles. I take the facts that most simulator type games aren’t particularly spectacular in the graphics department and perhaps that is because of the demands of the title or maybe just smaller budgets, less team members than triple A studios and time factors. 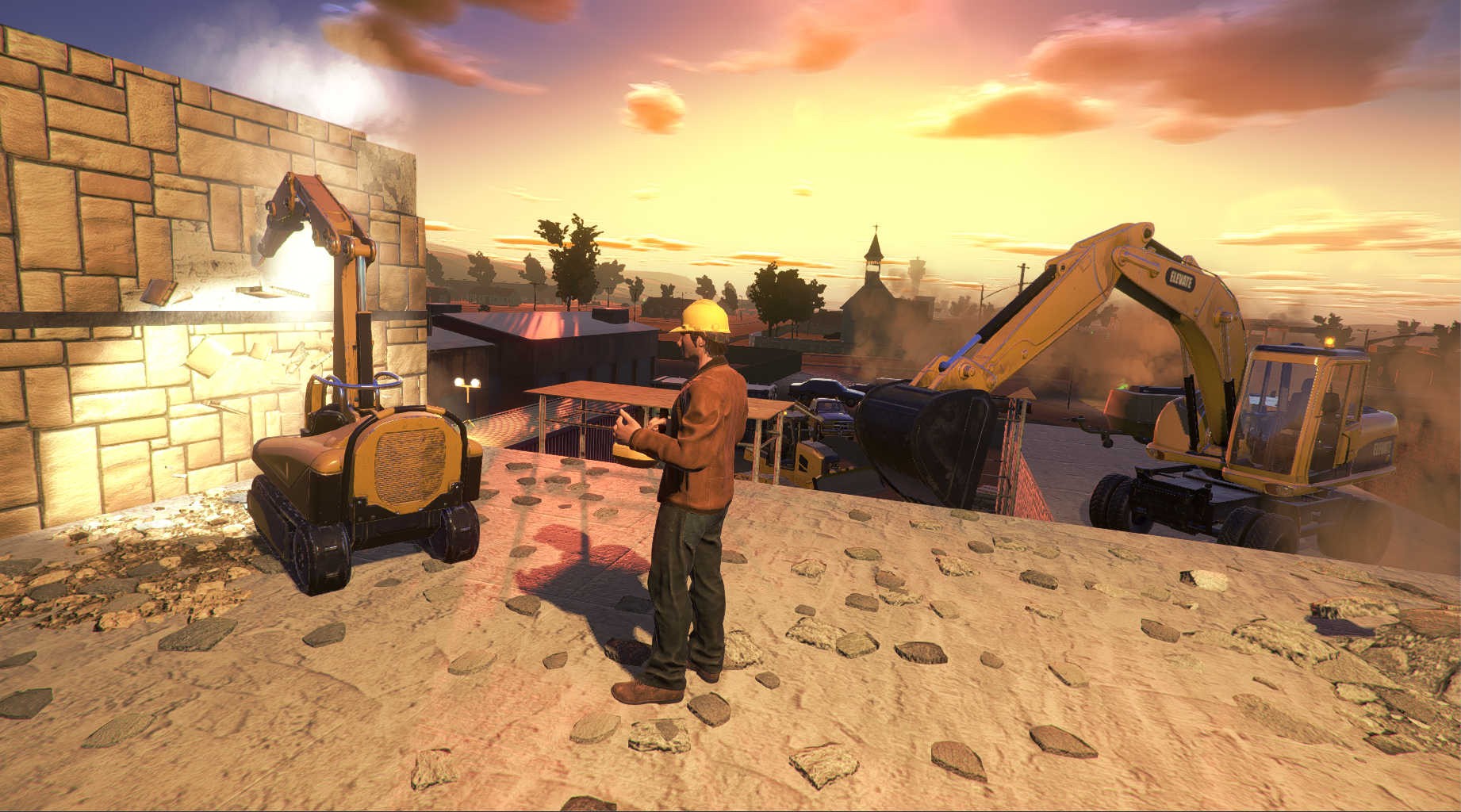 After your boss has finished winging at you, you go it alone with the help of a friend and start to set up your very own construction company. Your mate lends you some cash and you then go and buy an office, rip some planks off the windows and then smash some pointless brick walls down in the middle of a bit of land. Then that part ends and you’re told to go and buy a bulldozer but do your test first. It was from this point that I was left scratching my head as the game had no real sense of direction, was really wishy washy with information and no real tutorial to speak of. I was told I had a vehicle I could drive, but had no idea where it was located until I looked at the map of the area. I found the prospect of driving more exciting than knocking down a wall in the middle of a mound of mud. The world itself is hollow and empty, with a lot of brown and grey background. I may be very critical here, but not a soul apart from me anywhere? No pedestrians on the streets or other vehicles driving the roads? I am not expecting to go on a rampage squashing people with my bulldozer GTA style, but some world immersion would be much welcomed. The handling of the vehicles was terrible to the point where you had to almost slow to a stop to turn a corner. The only feature I liked about the vehicle aspect of the game was the ability to refuel them.

The early stages of the game you’ll be performing the same swing of the sledgehammer an awful lot. This gets awfully repetitive and mundane rather quickly, but if you’re used to survival games such as Ark or even Minecraft this part may not even phase you. When you do eventually get round to the bulldozer driving test, do not panic as you won’t need a lesson or a theory test. You’ll be navigating a small preset obstacle course if you like knocking down walls and flattening down the rubble. This was far more exciting than whacking everything with the sledgehammer, but the novelty wears off quickly here, but the enjoyment heightens when you start to use some heavier mechanical machinery later in the game. 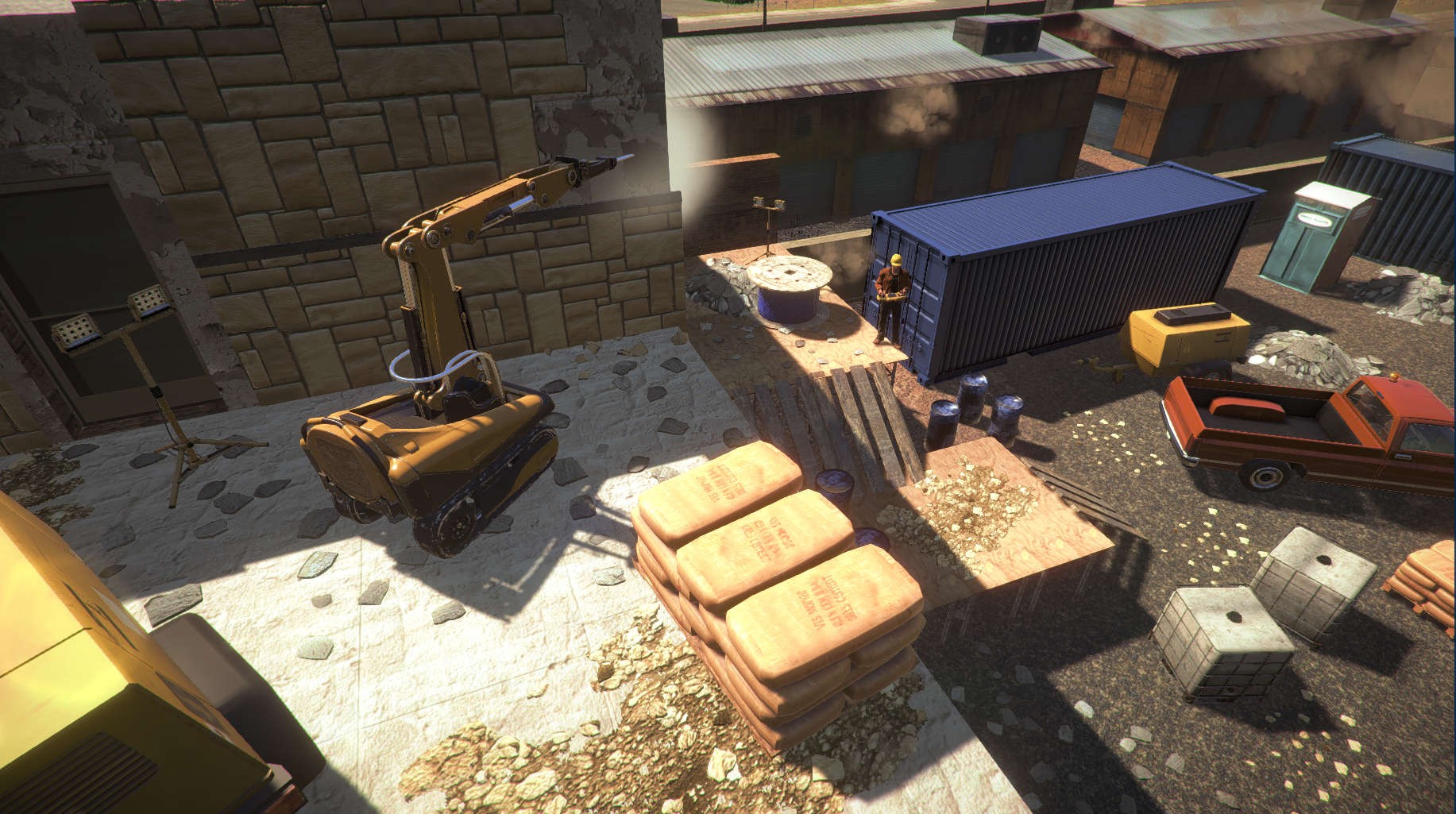 I think the one thing that holds up Demolish and Build is the amount of work you can actually do within the game. Slowly I discovered more options of other things to increase income into my new construction company, as they do say that time is money. You’ll be able to hire out parking spaces to people, dig for steel scraps and gold ore to sell on. Slowly but surely the game started to open up a bit more, I started to see a few moving vehicles; I could expand to more than just a sledgehammer and purchase tools like explosives to take down buildings quicker and more effectively. I think what I enjoyed more than the actual knocking down and building elements was the building and growth of my construction empire, hiring extra staff, investing in more properties and expanding the business to other areas via airports. The experience heightens somewhat as you expand and take on bigger properties with various options for vehicle use and other tools to do the job.

The sound effects and musical aspects could have done with some more attention. There were often times I was knocking down walls and there wasn’t any sound whatsoever. At these points I may as well have had the TV on mute as I would have been none the wiser. They threw some radio stations that can be used in the vehicles, which did add to the game a little, but not enough for me to say I was satisfied with how this game sounded.

Did I enjoy Demolish and Build? Sadly, I didn’t enjoy it as much as I thought I was going to initially. The world felt hollow, shallow and very unpolished and unfinished, and both the game mechanics and sound effects follow suit. There are some good aspects and attempts of filling the game with some hope, there is a lot to do and carry out if you are achievement hunting. The managing of the business aspects of the job and actually doing the work to grow the business is actually rewarding. It is a real shame as the game as an idea has real legs to work on but the final product is not finished and not pretty. Graphics don’t make a game, but I don’t think even just graphic improvements would have saved this one.

Demolish and Build does a great job at building a construction company of your very own, however the lacklustre graphics, poor mechanics and hollow game world let a great idea down.