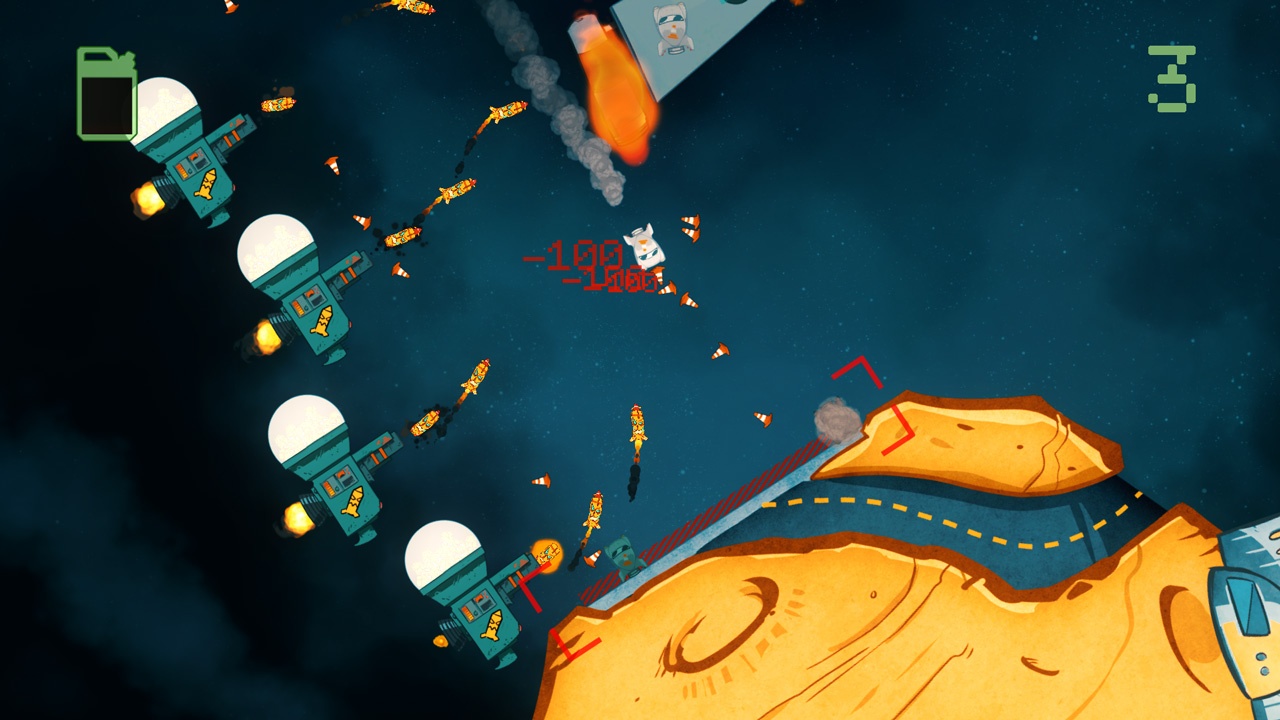 Blue Collar Astronaut is a unique Wii U title with an interesting premise behind it. The main idea behind this game is to take the mundane experiences of everyday life and convert them to space-based objectives. While this idea is extremely creative and fairly innovative, the execution of his idea was (ironically) far less than stellar. Despite the potential it has, Blue Collar Astronaut has a lot going against it, tending to make it an arduous experience rather than an enjoyable one.

Aesthetically, Blue Collar Astronaut is decent at best. While nothing about its visual or auditory features strikes me as bad, it all meets me as very “meh.” While each level has a few different twists to it as far as layout and obstacle designs, they are generally overshadowed by boring level design and monotonous space-themed backgrounds. While the music is far from awful, it is pretty bland, so the player can opt to play with or without the music on without adding or subtracting much from the gameplay experience. In short, the audio and video features certainly get the job done, but this game does little to exceed beyond the status quo regarding these two features. 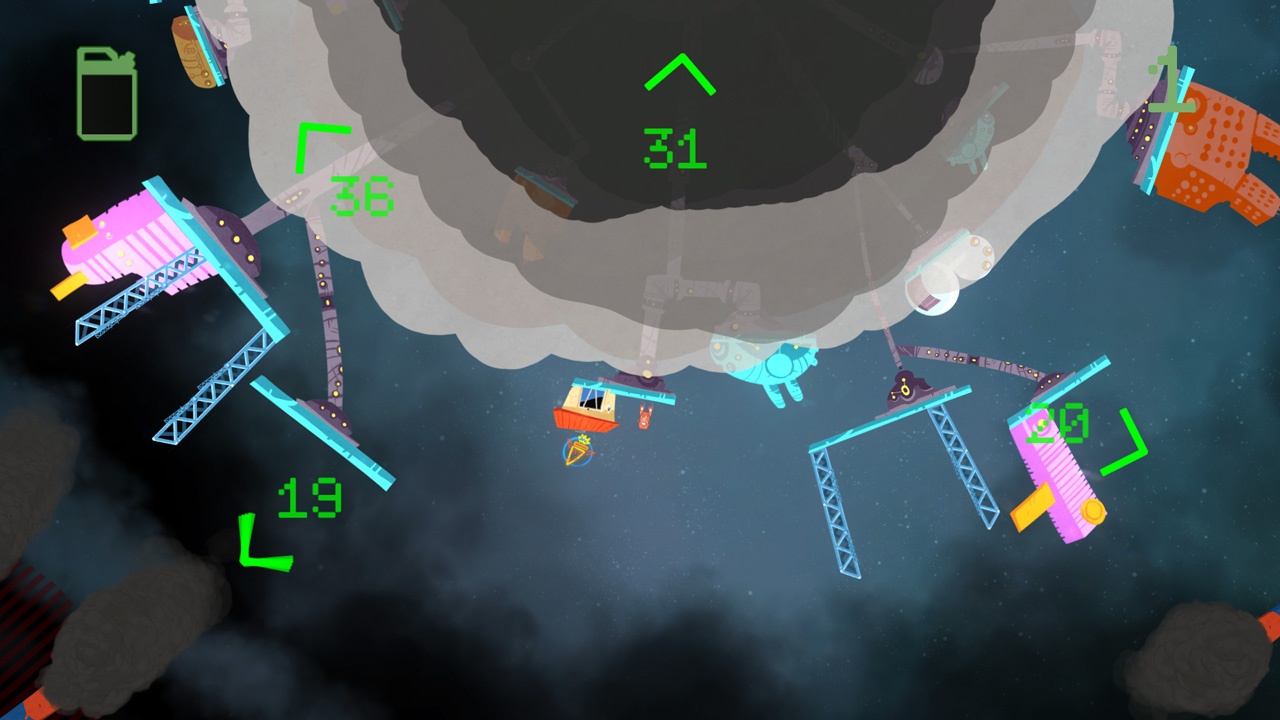 One thing this story does do well is the simple plot line it lays out. While this game features no dialogue, cutscenes, or extensive plot details, it gets across the main story of the game in a very short, succinct way, which more gameplay-oriented gamers are bound to appreciate. Basically, the player character is just an average joe going through his every day life. Except it is happening in space. So, such activities as learning to drive, delivering pizzas, or getting an advanced degree are converted into wacky levels where the player must direct a spaceship to a certain objective. Like I mentioned earlier, this idea on its own is very clever. However, this also segues me into what is perhaps this games biggest fault.

Blue Collar Astronaut’s gameplay mechanics are atrocious. The simple objective of each level is to navigate a spaceship through a course, hitting as few floating traffic cones as possible, and avoiding crashing into planets, moons, satellites, or other celestial objects. However, this is frustratingly difficult to do with how poor the control mechanics are. The control scheme is inverted, which by itself is a tad confusing for those used to the non-inverted controls of most Wii U games. On top of this, the game’s physics make it nearly impossible to steer the ship correctly. In addition, some levels required the player to keep their ship within a certain location for a set amount of time, which is very hard considering the spaceship is always floating away, and pushing it against an object to slow it down usually results in an explosion and a forced restart to the level. And to top it all off, the game is highly unforgiving; if the player messes up one little detail while attempting to complete a level, then they might as well just restart the level themselves. 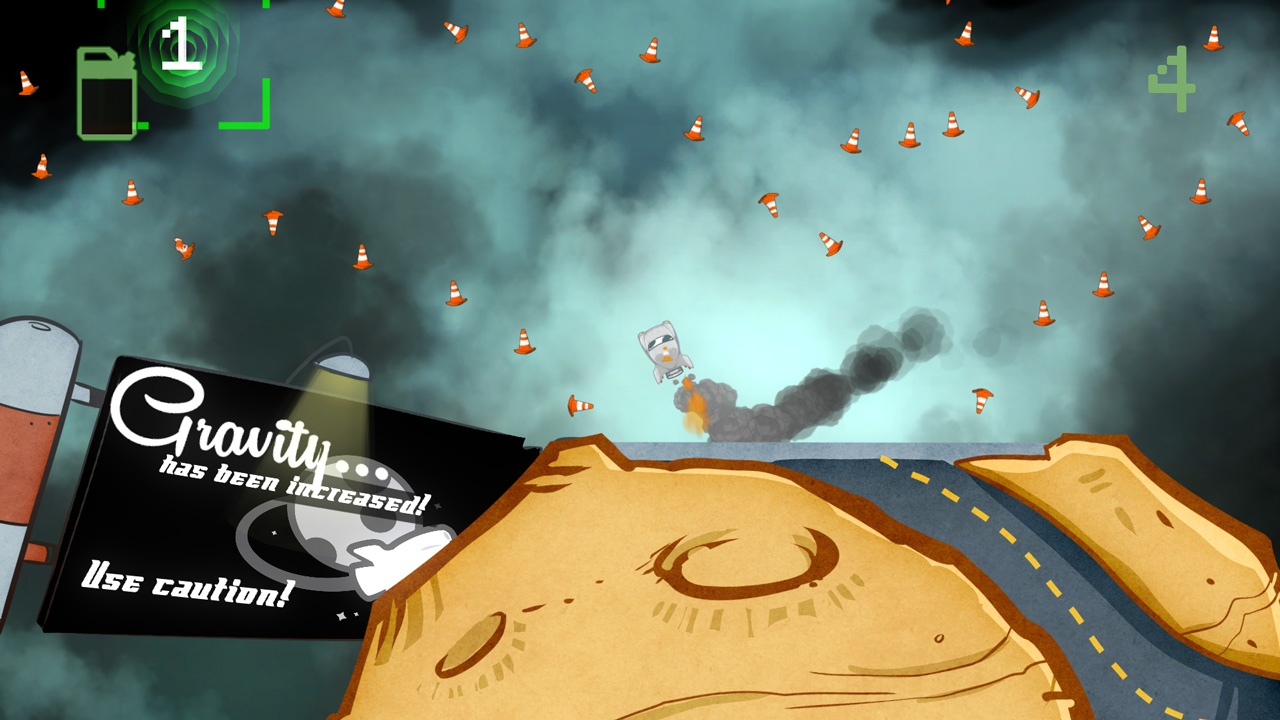 While its infuriating gameplay is certainly the biggest flaw to Blue Collar Astronaut, other minute details of the game make it as a whole a very annoying experience. For instance, the player is thrown into the game initially with little explanation as to what to do. They are simply told that the “A” button causes their rocket to boost forward, and the rest they are left to figure out on their own. In addition, the games menus are kind of cryptic and confusing to navigate. This is especially problematic since the game’s default settings include an extremely loud and annoying rumble feature, which can take a little while to figure out how to turn off.

All in all, Blue Collar Astronaut is simply less than enjoyable. Other games have attempted to use a frustrating game style in order to increase the addiction factor of their game, but Blue Collar Astronaut’s gameplay just makes the player want to throw away their Wii U after about ten minutes. The premise of the game is admittedly charming nonetheless, and some players may find it worth it to weather several infuriating levels in order to see how many mundane path of life this game can manage to “space-ify.” However, for the typical gamer, this game will cause much more strife than contentment.