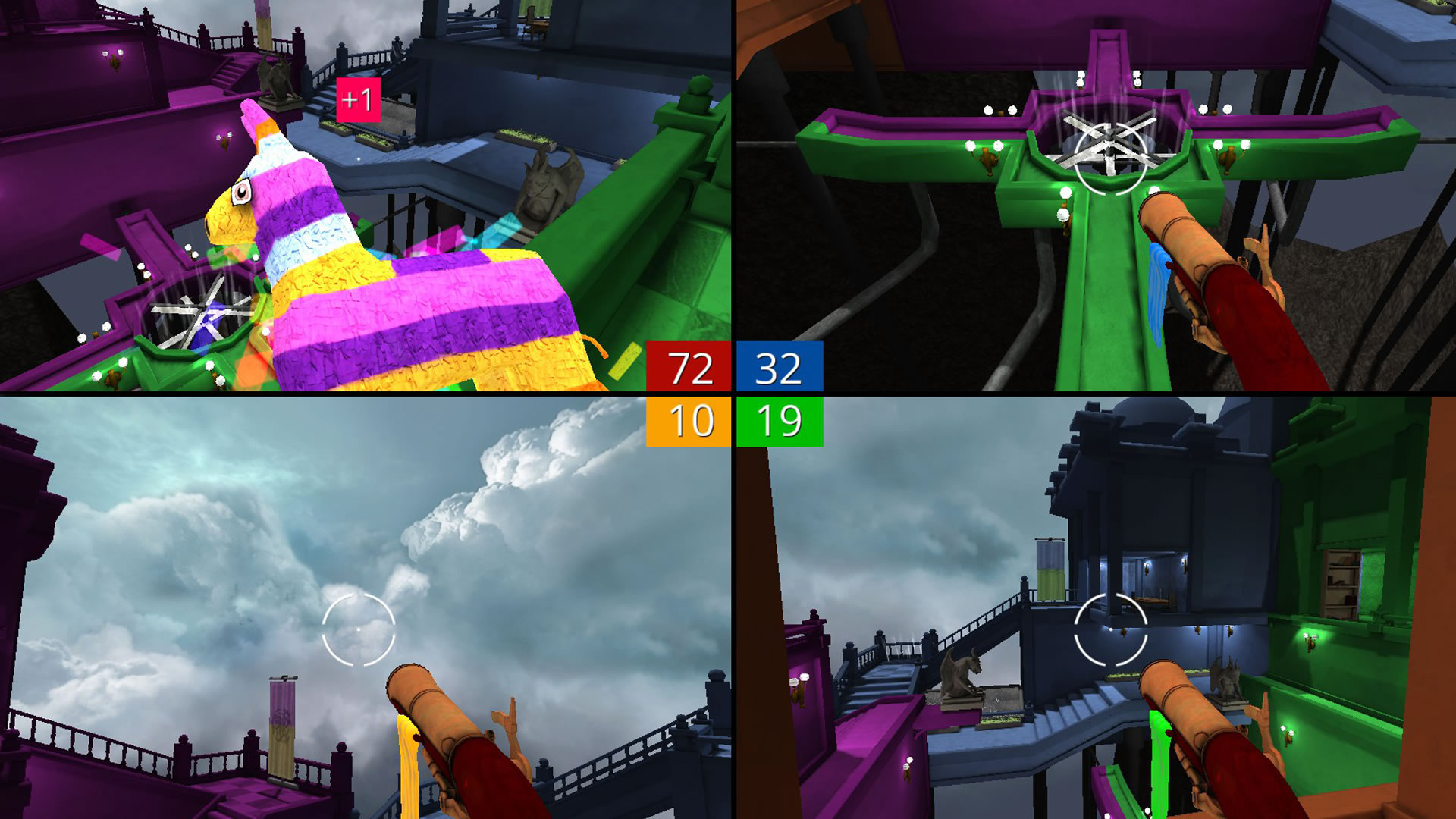 Jump, shoot and dodge your way through the confusion of whatever mess you find yourself experiencing while playing Screencheat. This game, developed by Samurai Punk, is a frantic split-screen multiplayer first person shooter that will mess with your head and cause chaos. Each player is invisible, so the only way to find your enemies is to screen cheat, hence the name… of course. Don’t worry though, you don’t need friends with you to play this game, you can simply play online and you can still see everyone’s screens. This game was first released on PC at the end of 2014 and has now been released on consoles. You can play alone with bots or with up to eight people, so this game is fun for everyone or on your own.

I was already aware of Screencheat and the general gameplay after watching a few Lets Play videos on YouTube when it was first released and simply watching the game was confusing enough, but actually playing it is so much more confusing than I was expecting it to be. I initially tried playing on my own, and while the gameplay was still faithful to how it is during multiplayer, bots obviously have an advantage since you are the only person screen cheating and the bots are aware of where you are. After the game was officially released though I was hardly playing with bots at all – there was always someone online. 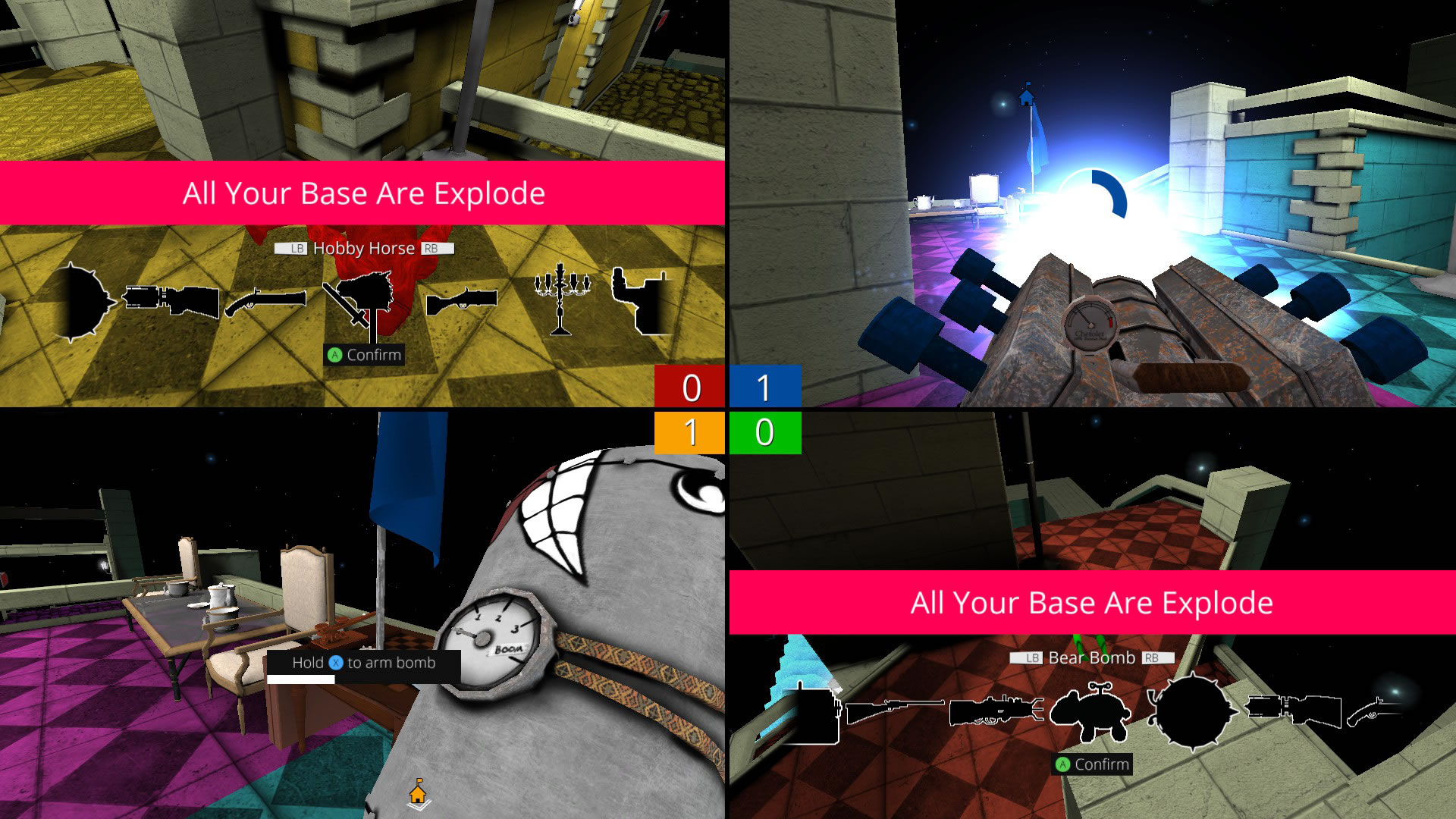 There are so many different game types, levels and weapons that there’s never a game that’s the same. Beat your opponents with a Blunderbuss, a Bear Bomb, a Chefolet and more while you play through the nine different game modes Screencheat has to offer. The game features a regular death match, a murder mystery, ‘Capture the Fun’ and so many more. You’ll be more likely to turn the game off from utter-confusion and a slight colour-induced headache than boredom.

The graphics aren’t spectacular, but they’re good for what the game is – that’s not to say they’re awful because they aren’t and for an indie game it is very good. The game is full of colour, with every level being separated into different coloured sections to help players identify where other players are. The sound effects and soundtrack fit perfectly with the game as a whole and I don’t think they could have done much better with that. 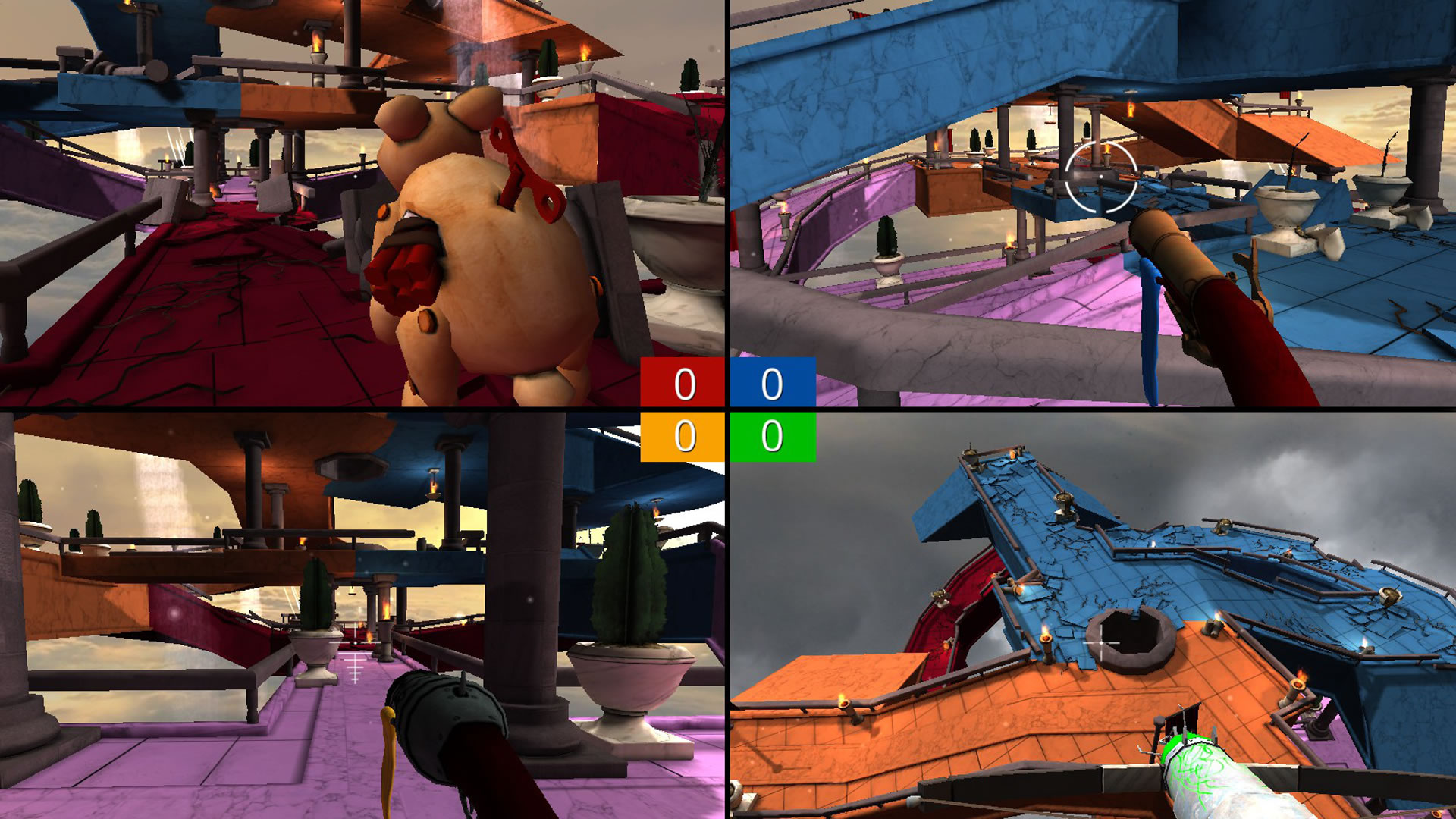 However, where Screencheat really shines is the intensity of gameplay. Every weapon in the game is a one-hit-kill so when you’ve tracked down another player it’s nearly always instant death unless they figure out that you’re next to them. The levels are also well-designed with each one being just different enough to add even more variety.

So would I recommend Screencheat? Definitely. If you’re looking for a fun and chaotic game to play with friends or online, you’ve found the one. It’s fast-paced, it’s intense and it’s a lot of fun to get stuck into. While £11.99 might seem like a steep price for the game, I guarantee you won’t be disappointed.

It’s fast-paced, it’s intense and it’s a lot of fun to get stuck into. While £11.99 might seem like a steep price for the game, I guarantee you won’t be disappointed.