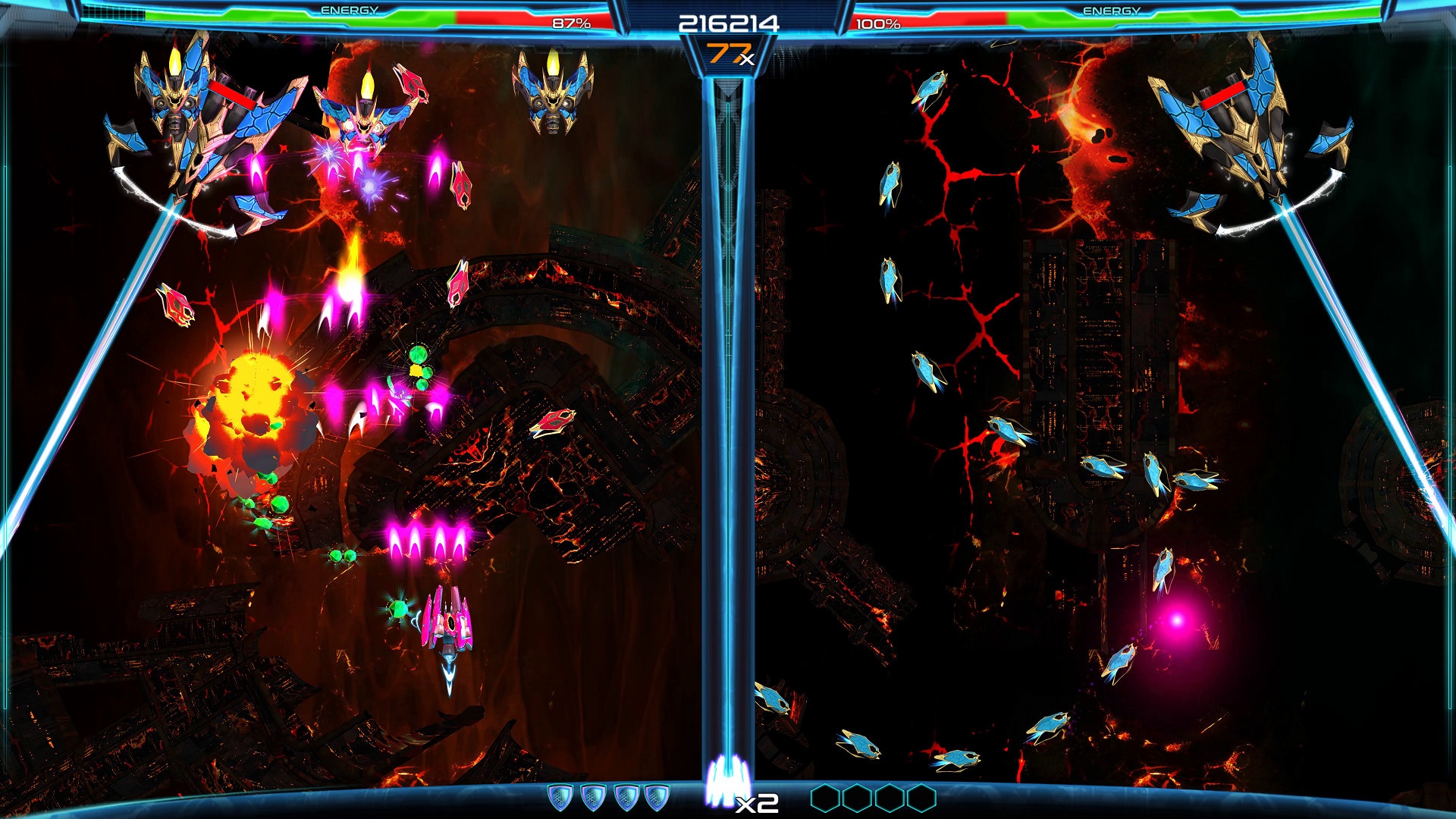 You ever have a great idea that only got better the longer you thought about it? Like, maybe you decided that, eventually, you’re going to have a dog. Then you thought about all the different tricks you could do, and how you would call him Parzival, and the people who would get the reference would totally become your best friends ever. And one of those people would be a totally cool chick who would love the same games you did, and she wouldn’t mind you couldn’t cook, and, eventually, you’d move in together, and the three of you would have just the best life. But then you actually get a dog, finally, and you realize that you don’t know a damn thing about training an animal, even though Cesar Millan made it look easy, and eventually you settle on just having a cool dog who keeps you company but is actually kind of a dick to everyone you meet, including your sister’s cute friend.

This long-winded analogy that seems to tangent into nothing is a lot like my experience with Dimensional Drive, an interesting shmup for the Nintendo Switch. I saw the trailers, I read about the game, and I got super excited, and thought “Holy crap, this could be the next Ikaruga!” I didn’t bother trying to grab the game on Steam, because, well, I’m pretty cheap, and I basically hyped myself for the game, especially when I saw that the developer had managed to shrink the game from 2GB down to 420MB. That’s a level of optimization that some titles on the Switch are sorely lacking, and I love that 2Awesome Studio was aware of not making a common mistake that many others had taken before them. 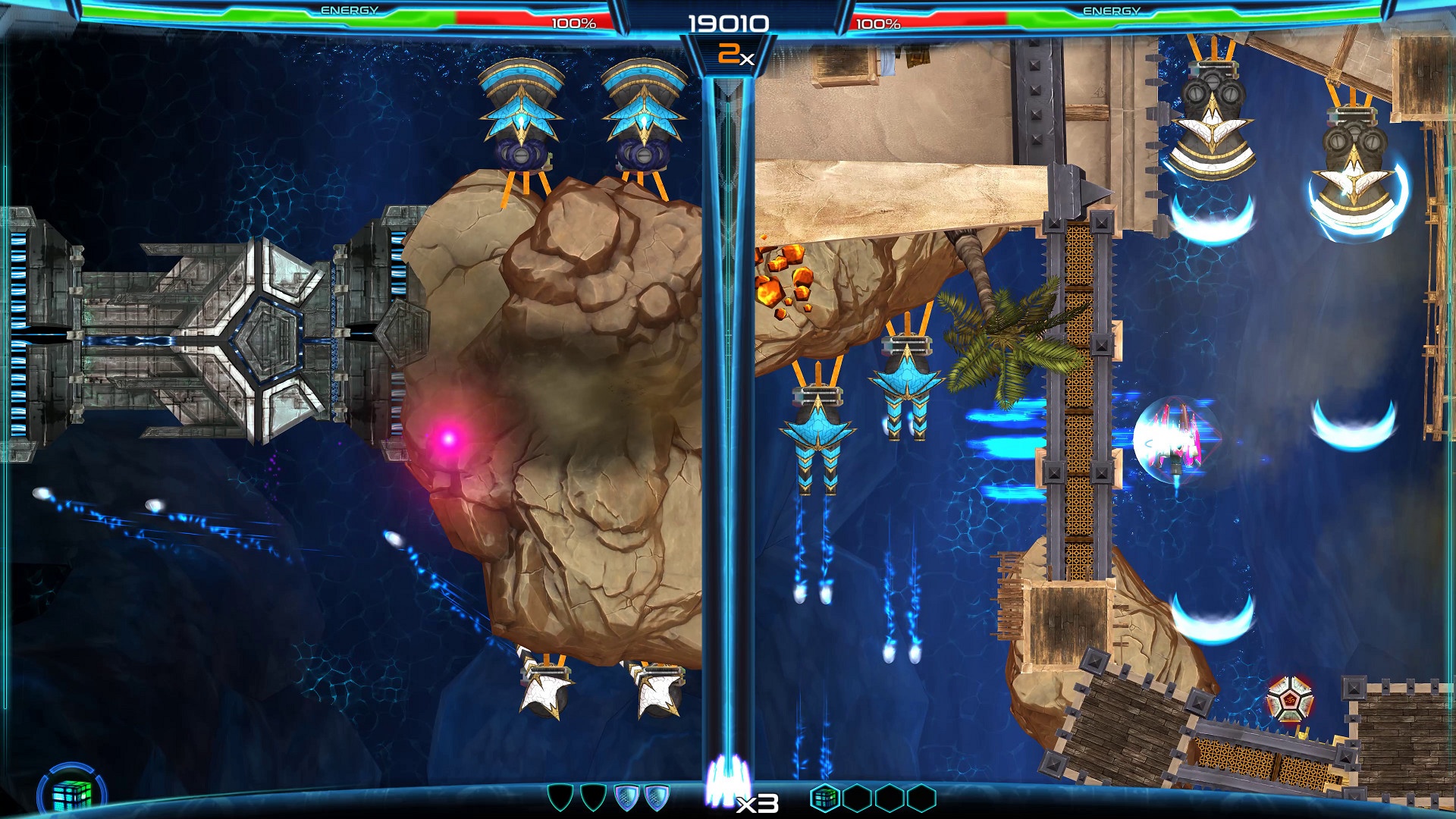 Storywise, Dimension Drive is pretty good, even though it feels a little vanilla in the comic book sense. There’s a race of incredibly bloodthirsty aliens called the Ashajul, and their king literally just wants to fight forever, so he and his scientist/magicians came up with these Dimension Drives to jump to different pockets of the universe and start a war with whomever they encounter. Well, during this wonderful series of excursions they killed the family and friends of Jack, our heroine, and that did not sit well with her at all. Jack then found this legendary warship, The Manticore, which can apparently kick ass and take on the entire multi-dimensional army by itself. Seriously, I get that we need to have a hero, but we’ve just established that Lord Nies, leader of the Ashajul, has been waging war for years, literally across the universe, but this one ship that this girl has is the key to undoing it all. Thankfully, a bit more about Jack and the ship (and the AI, V.E.R.A.) are explained over the course of playing, but you do have a bit of disbelief to conquer at first.

Mechanically, Dimension Drive has a pretty solid outline. You only have two buttons to worry about: shoot and shift. Shooting is incredibly simple compared to a lot of recent shmups, since there aren’t any charge attacks or limited shots to worry about, just one button to hold down. The shift, which is entire crux of the game, is what makes the whole element shine. For whatever reason, the Manticore essentially exists on two planes at once, but you can only attack and be tangible in one plane at a time. At any moment, Jack can “shift” the Manticore to the other side of the screen, and deal with any incoming enemies that may be present there. When you shift, you quickly recharge the power you were using up on the opposite side of the screen. So, if you’re blasting away merrily on the left but starting to redline, just jump to the right and the left will be fully recharged in about three seconds or less. Shifting also has the effect of making you ethereal, so bullets, walls and lasers simply will not affect whichever side you’re not paying attention to. In theory. 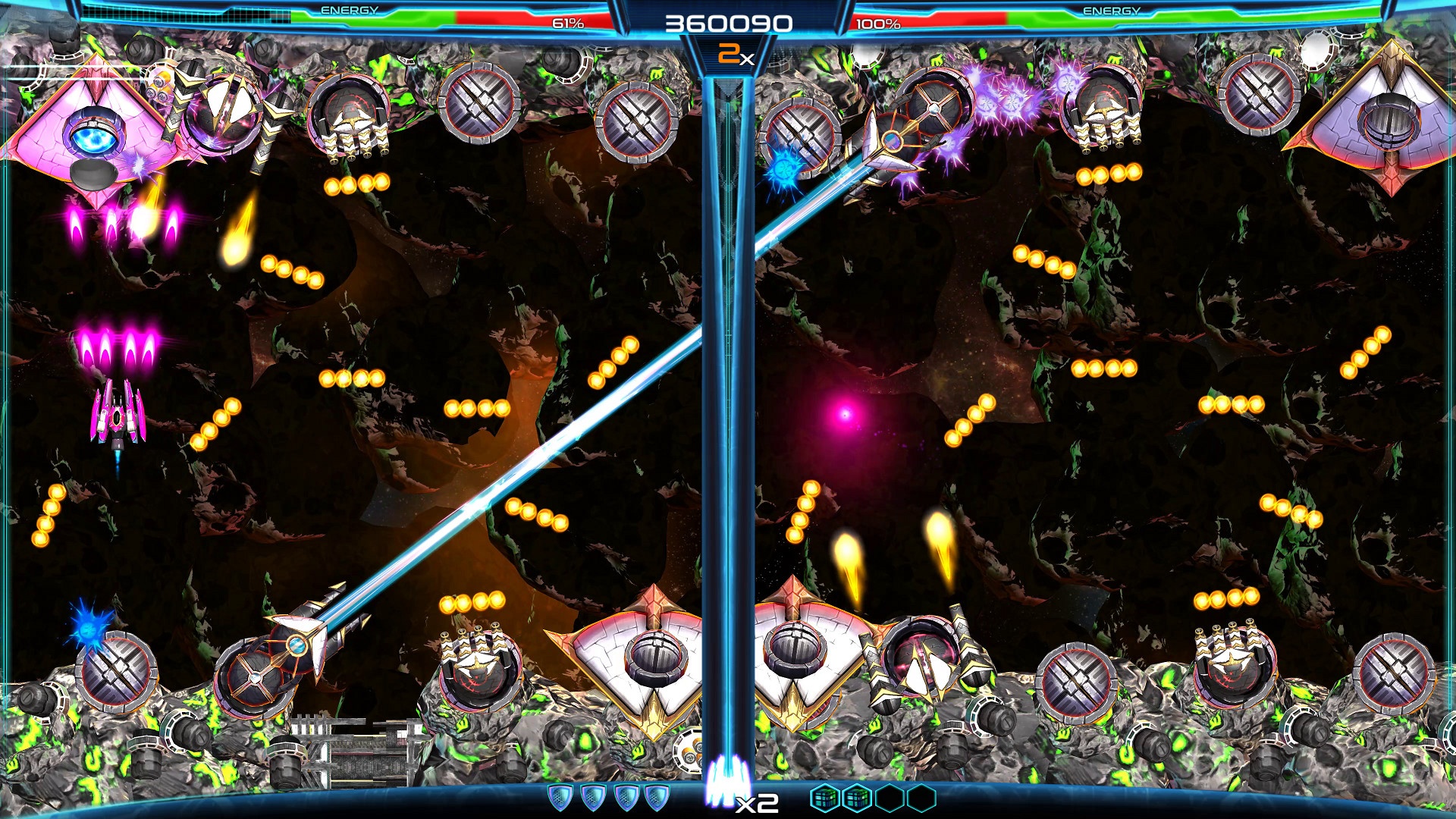 The problem with the shift is that you have to pay attention if you want to maximize your score. Like all good Shmups, Dimension Drive is all about the multipliers, which go up exponentially with every successful enemy destroyed and only rises higher as you continue to not get hit. So you end up with another situation where you need to be in two places at the same time, and this is where it gets sticky. On the one hand, you can easily enjoy the game, even on stronger difficulties, by simply making sure you stay alive. This means teleporting to the side with fewer enemies and just being aware of where your ship’s marker is when you get ready to hop back. This nets you a low score, nothing unlocked (you can unlock better weapons) and kind of a pitiful existence in space in general. On the other hand, you can be a damn spitfire and really bamf in and out of existence, destroying everything and using chameleon eyes to know where both of “you” are at the same time. If you can pull this off, you can get all the data cubes you could possibly need (necessary for unlocks), get huge multipliers and also end up with quite the headache and need to rest every few levels.

Dimension Drive is most interested in the story that it’s delivering, and I enjoyed that most of all. The comic book cutscenes really added to the atmosphere, and I empathized with Jack and her ambitions/goals/vengeance mission. There’s a distinct personality to everyone involved, from the lofty and condescending Ashajul’s to V.E.R.A.’s almost human concern that’s barely masked by being a flat AI voice. I do feel compelled to grab all of the data cubes in a level, though you need to be both a quick shooter and a diligent jumper to nail everything.

To reference what I said up top, Dimension Drive is good, but there’s some flaws to it. The jumping mechanism takes a lot to master, and the harder difficulty levels are positively punishing in terms of being unforgiving and either forcing you back to the level start or, worse, the beginning of the game. It wasn’t as smooth for me as I’d hoped in terms of moving between screens: since I had Ikaruga in mind, I kept that buttery transition from dark to light in my thoughts every time there was a bit of bumpiness going back and forth. Dimension Drive, ultimately, suffered from being on the pedestal that was built up underneath it, both by my own expectations and the badass introduction that Jack and the game at large presented.

Once the shock wears off, you’ll find that Dimensional Drive is a damn fine vertical shmup, and definitely one of the stronger entries on the Switch so far. I’m surprised how little it’s gained any attention outside of the Nintendo Switch, so I do hope this launch gives fuel to the fire of these developers and pushes them for even greater ambition in the future. As novel as it is engaging, Dimension Drive is still one of the best shmups that I’ve played in a while.