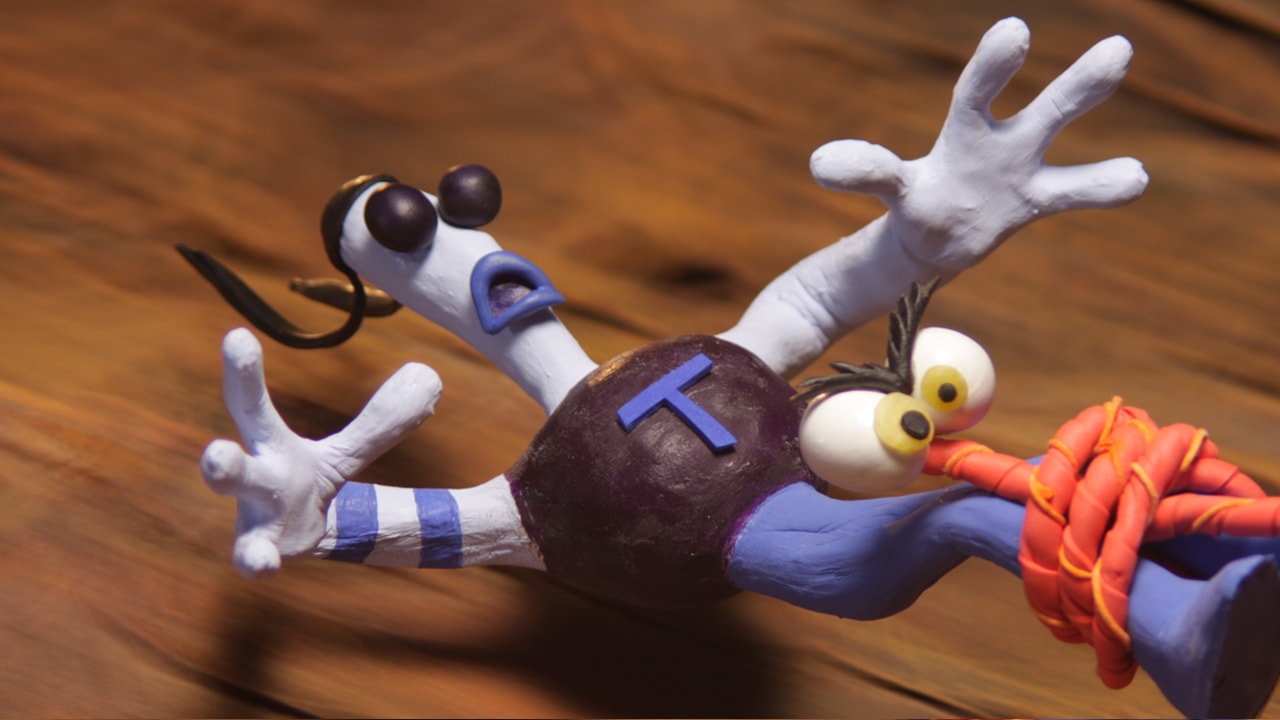 Armikrog is the spiritual successor to The Neverhood, a beloved point-and-click adventure game released back in 1996. Pencil Test Studios teamed up with animation genius, Doug TenNapel, to bring Armikrog to a very focused target audience of older gamers that loved The Neverhood and were perhaps feeling rather nostalgic for the long-gone simplicity of one handed, one button gaming.

We’re introduced to Tommynaut and his dog-like sidekick Beak-Beak in a wonderful opening animation outlining a fairly basic story; you are the last astronaut on your home planet (but also the most inexperienced) who must travel to other worlds in search of a resource vital to your home planets survival. During the expedition, Tommynauts engine fails and they crash land on Spiro 5 before being chased by a hungry monster into the titular Armikrog; a mysterious alien fortress where the game takes place. The opening, along with all the cutscenes, are an utter joy to watch. It’s maybe because I’m a biased lover of all things claymation, but it’s easy to appreciate the great character design and humour that’s thankfully as prevalent here as it was in The Neverhood and Skullmonkeys. 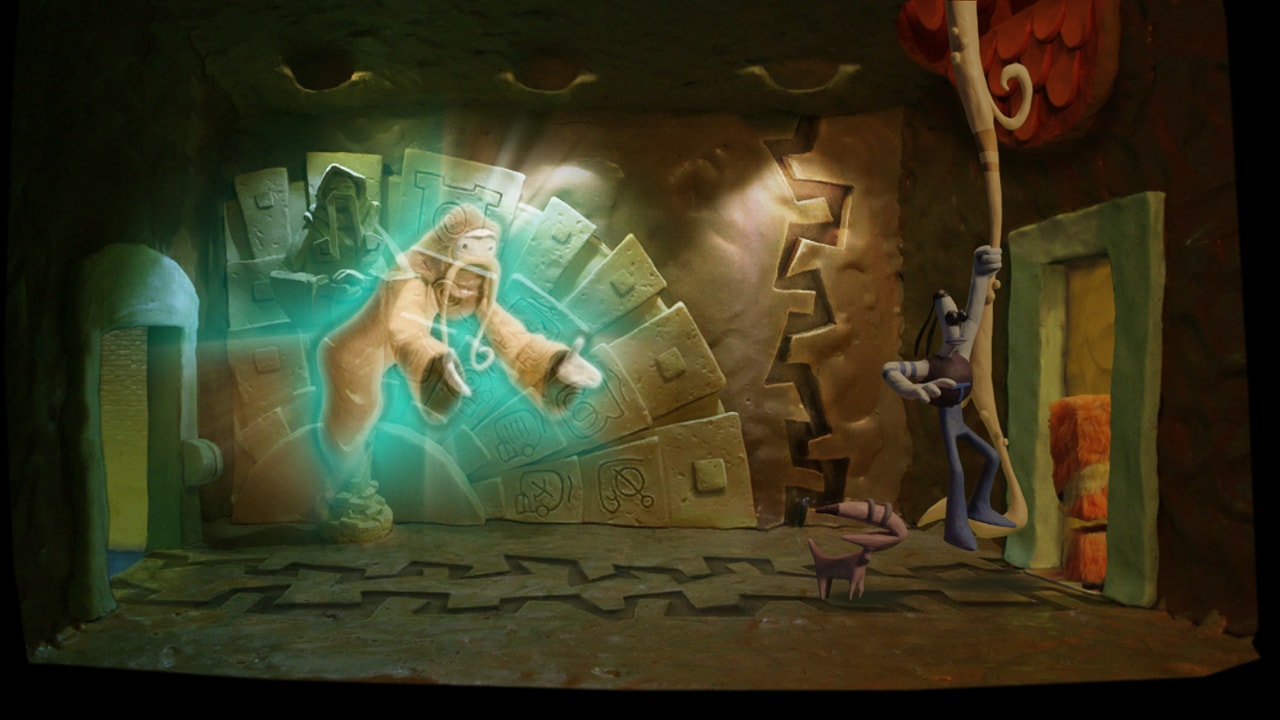 Once you start playing Armikrog though, everything goes terribly wrong. You have to analyse your surroundings and solve puzzles to progress through the game. Sounds like standard fare, but the game becomes frustrating and downright lazy right from the off. For a start, there was no tutorial to show me all the things I could do. I played games in the nineties, so I’m not a baby that needs my hand held through games, but brief tutorials just makes games more accessible these days. I battered all the face buttons hoping to find my inventory but my efforts were futile, as no such mechanic existed. When Tommynaut finds an item that can be picked up, he just jams it into his belly without so much as an explanation. OK fair enough, but when the game is rendered in such a low resolution, its hard to tell what you’ve just found. Is it a brown stick? Or one of Beak-Beaks dried turds?

This particular issue plagues Armikrog from start to finish. There is no clear distinction between props that can be interacted with, and props that can’t. This usually resulted in me moving my cursor around the entire screen just clicking and clicking to see what Tommynaut would do. I was stuck for ages on the first puzzle before I realised that I had to press Y to take control of Beak-Beak and crawl through a hole in the wall. I didn’t even know I could do that. It’s baffling how the developers couldn’t even drop a hint that this was possible, or better still, stick it in a flippin’ ten second tutorial. Jeez. 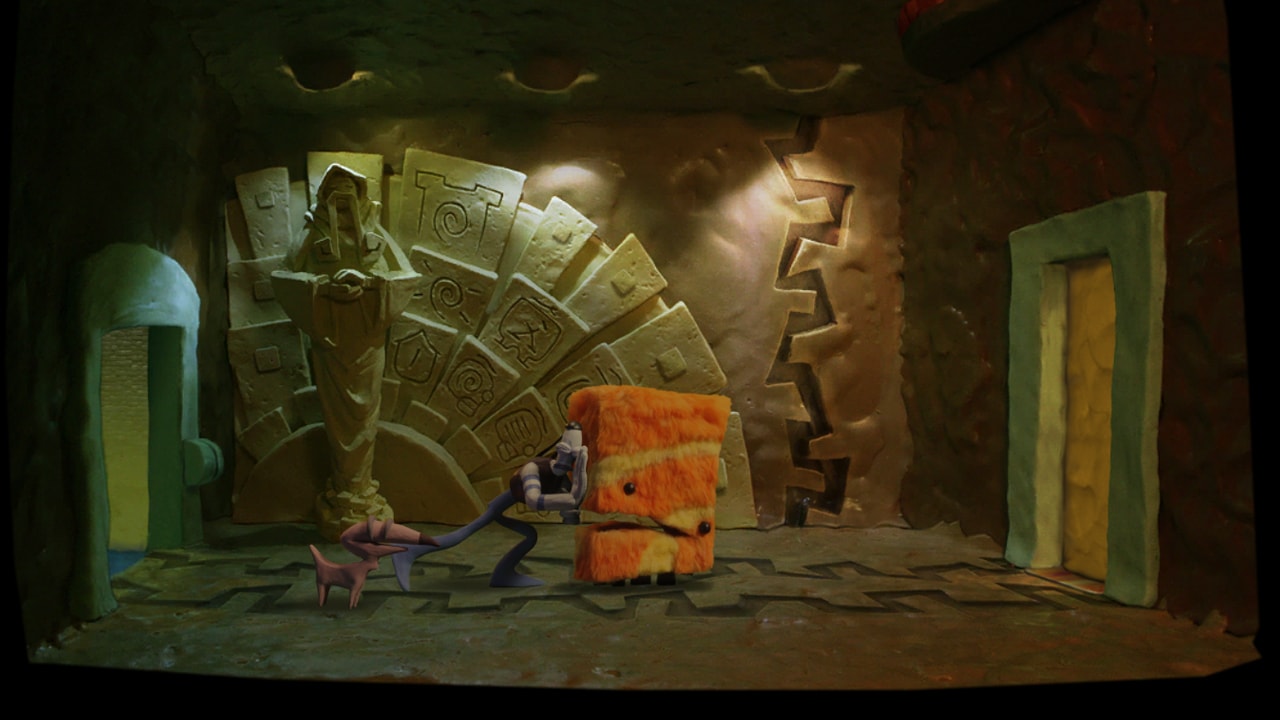 For the Wii U version, it’s at least nice to see that the game could be played entirely on the Gamepad complete with touchscreen support for moving your cursor and clicking stuff.

Armikrog is a visual spectacle in claymation with the unique visuals and atmospheric detail expected with any collaboration between Doug TenNapel and the musical stylings of Terry Scott Taylor. As a game however, its stubborn reliance on archaic 90s point-and-click tropes remind us more on the negative experiences associated with the genre, rather than the positive.