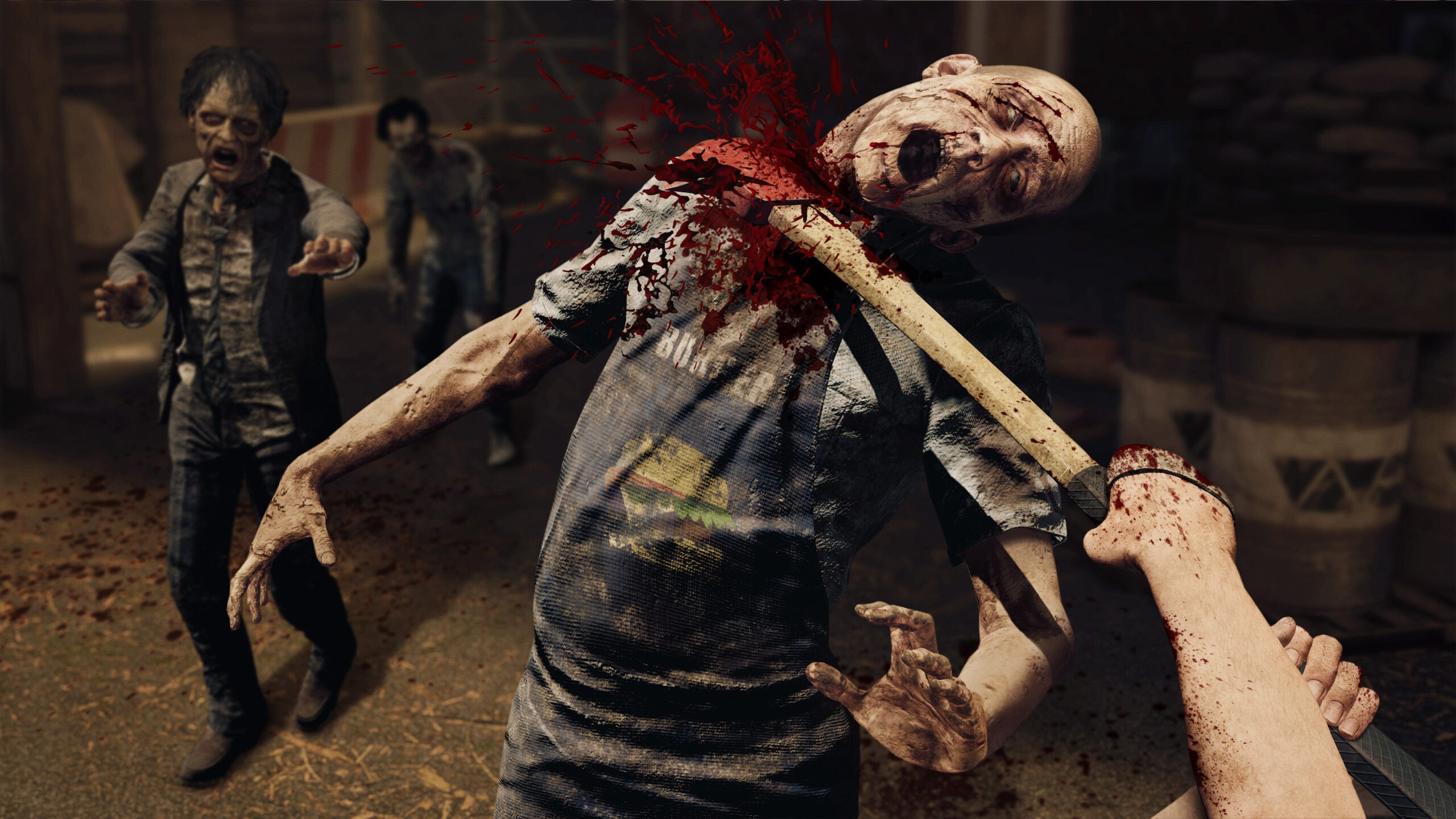 I’ve sat for a long time on this review, perhaps longer than I should have. But The Walking Dead: Onslaught was, or rather is a game which I really wanted to like, but just like many other The Walking Dead branded video games, it left me disheartened and bitterly disappointed – to a rather alarming extent. And it is not because of a single feature, or a design aspect of the game, but simply because The Walking Dead: Onslaught falls flat at each and every hurdle and can never quite rise back to its feet.

Prior to launch many have seen The Walking Dead: Onslaught as the big budget successor, to the highly regarded The Walking Dead: Saints and Sinners. And this is mainly due to the fact that The Walking Dead: Onslaught, was meant to be based around the show, and feature the cast as playable characters. Hell, the pre-order bonuses even featured additional outfits for both Rick Grimes, and Daryl Dixon, and all the promotional materials featured all the fan favourites such as Michone, Carol, and Eugene. And while some show cast members have reprised their roles in their entirety, then others, such as Andrew Lincoln, did not.

Within the game, Rick Grimes, sounds nothing like the character which many know from the highly popular TV show, and the same can be said for Michone, who has also been voiced by a different actress. And while both cast members have surely done their best, then ultimately, both the characters sound like caricatures of their TV show counterparts. And this is not just disappointing, but also incredibly hilarious. Because whenever Rick Grimes speaks on screen, all you can see in your head, is just a random man mimicking the voice in an ironic manner, while pulling faces and taking the absolute piss. 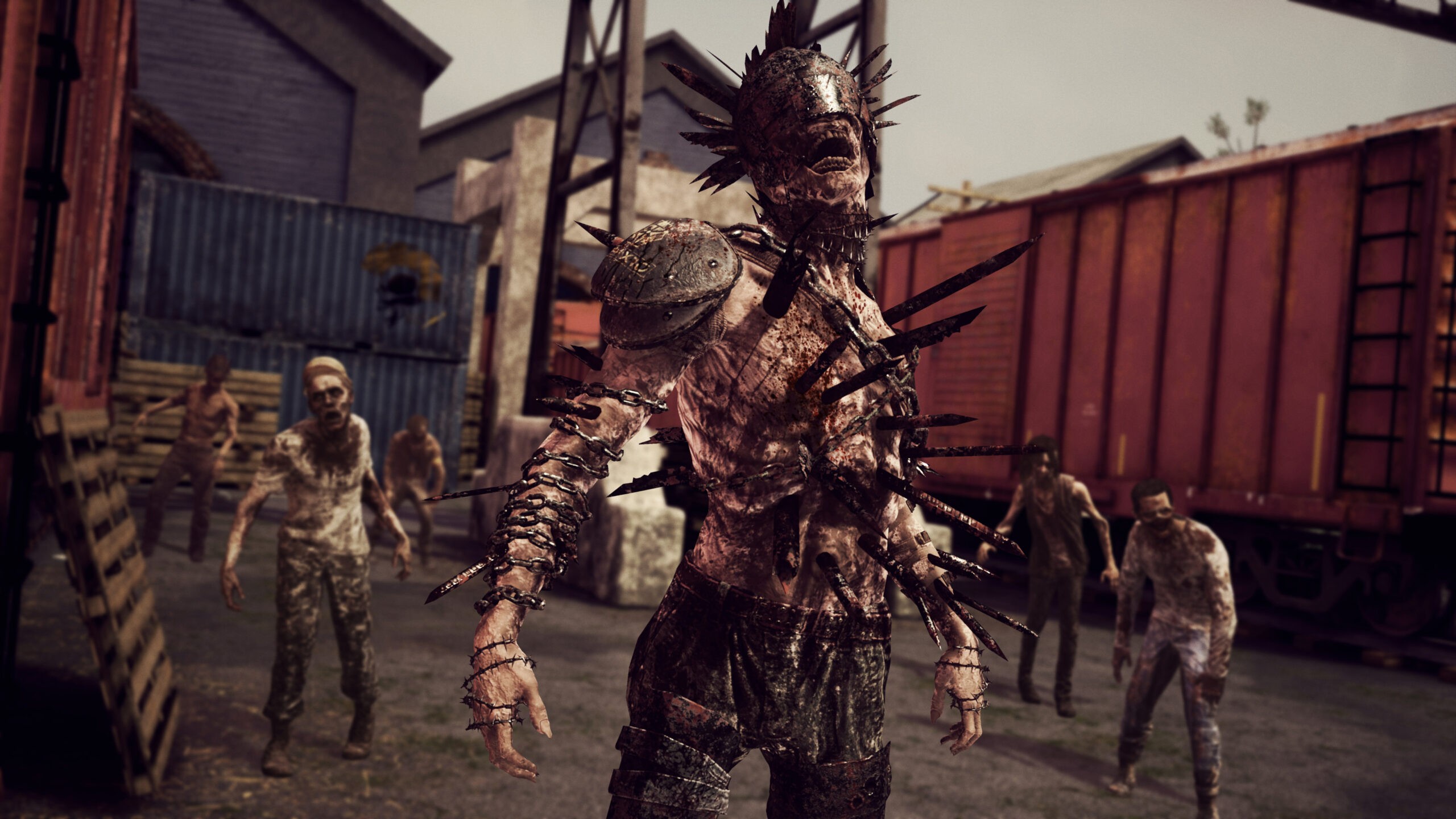 In truth, the overall voice work could have been easily written off if not for Norman Reedus. Because if not for him, The Walking Dead: Onslaught would be downright tragic. But yet again, just like the below mentioned score, composed by Jesper Kyd, Norman Reedus and his on-screen character has been severely underutilised, and because of that Reedus’ performance can, and gets a little lost among all the other amateur like voice work. But when it shines, it shimmers just like a ten carat diamond.

Overall, the presentation of The Walking Dead: Onslaught is not only sub-par, but simply horrendous. The level design and general visual execution are sub-par – even for The Walking Dead video game. And the sound design, and voice acting, all come across as the ultimate amateur hour. And seemingly, the only saving grace of this rather tremendous embarrassment is the soundtrack. But it is not highly surprising, as it has been composed by Jesper Kyd. But as good as the score for The Walking Dead: Onslaught is, then it feels highly diluted, as the title only features 9 tracks, one of which is the title score, and they are all spread so thinly, that most won’t even notice them.

When it comes to gameplay design, then it is not entirely terrible. The narrative driven sections can at times be intense, and the title’s upgrade system adds some complexity to the proceedings. However, the side missions are peppered among dozens of aimless fetch quests, which you must grind out time and time again, because just like the Just Cause series, The Walking Dead: Onslaught demands from you to meet certain perquisites, before you can continue with a story. And this wouldn’t necessarily be a problem, if not for the fact that all those missions simply require you to explore limited environments, while scavenging for materials, while being pursued by a horde of zombies. 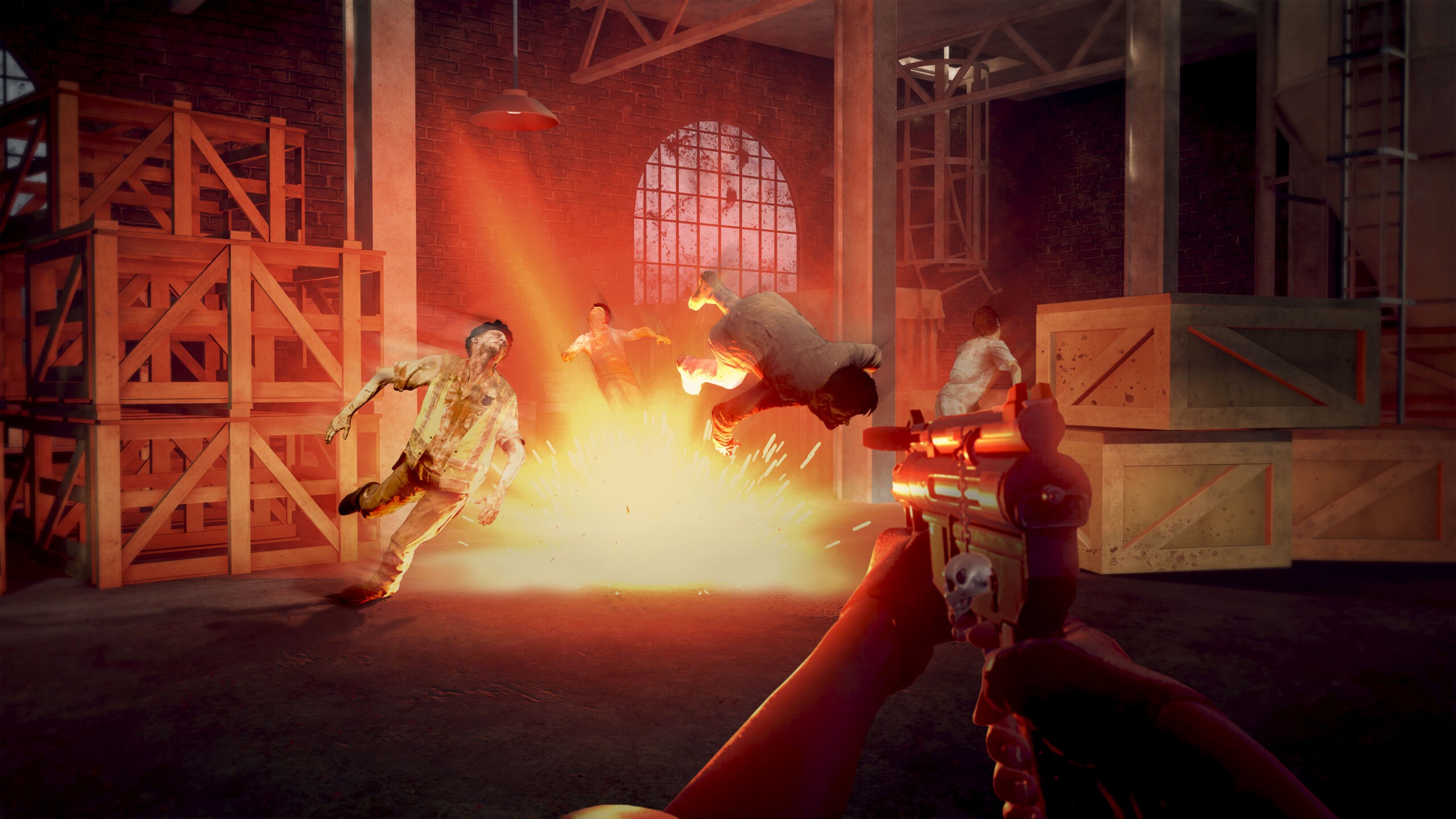 Most games, would have you venturing out on a scavenging mission, give you unlimited amount of time, and simply leave you to your own devices. However, The Walking Dead: Onslaught, doesn’t do that. As every single one of the above mentioned snatch-and-grab quests has a rapidly expiring time limit. Meaning that even if a level features all the components which would allow you to proceed further with the story, it is impossible to collect them all, because even on the easiest difficulty setting, the horde moves so quickly, that it is not borderline impossible, but outright impossible to collect them all. And this turns the otherwise passable game design into an unbearable and infuriating chore, which has to be completed ad infinitum, if you even want to get anywhere near the end of the main narrative.

The Walking Dead: Onslaught does a lot of things poorly, but one thing which it actually does correctly, is based within the quality of life department. And it is mainly the fact that the weapons of The Walking Dead: Onslaught do not feature durability, and do not break after a couple of swings, stabs, or shots, like they do in The Walking Dead: Saints and Sinners. And while some may see unbreakable weapons as a cop out, as such allow you to cut, slash, and burn through the hordes, hordes of zombies with complete prejudice. But ultimately, the fact that you don’t have to worry about the blade of your knife snapping off at the hilt, or your bat splitting after two hits, allows you to really get involved in the story, and feel like an in-show character, instead of a pleb underdog who has to juggle 20 screwdrivers, because they all snap after a single blow.

Overall, The Walking Dead: Onslaught isn’t an entirely terrible game. It has clearly suffered from some serious budgetary constraints, which have taken its toll on the overall design, execution, and the cast behind the characters. And while I’d like to give this particular title some sympathy points because of that, then I simply can’t. And the only reason why I have lifted the score from the underwhelming four, to the downright average five, is because of Norman Reedus. Because at the end of the day, his vocal performance adds a level of flair, and believability, which would otherwise not exist. And if this game was a game was about Daryl, and Daryl alone, and got rid of all the filler content while expanding on the narrative, then it would be an easy eight, or even a nine. But as it usually goes with The Walking Dead games, it just wasn’t meant to be.

The Walking Dead: Onslaught looks like a great idea on paper, but the clear budgetary constraints have extinguished this particular flame way to early, leaving us a with a product which just feels underwhelming and downright disappointing.