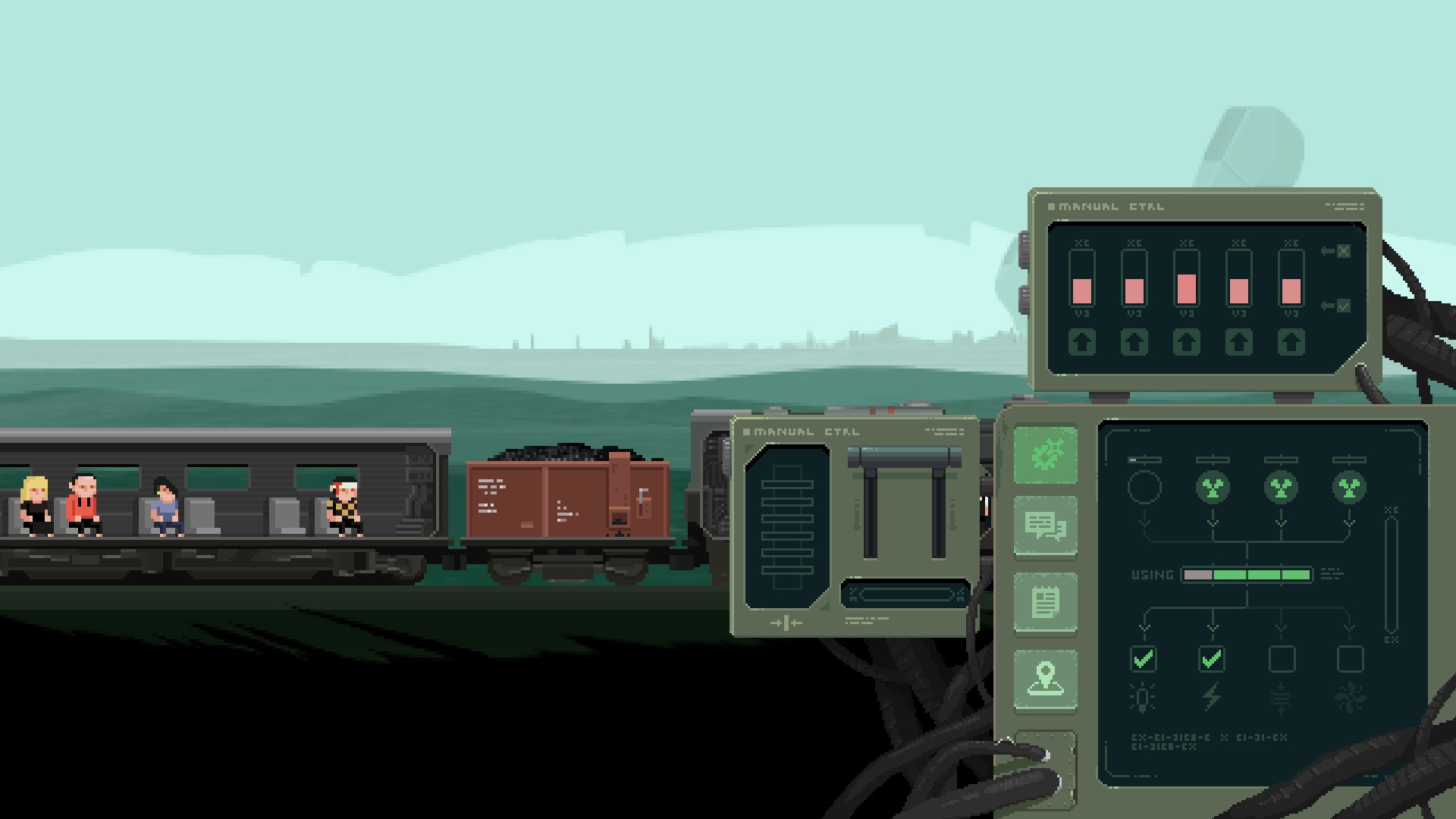 With its dark, foreboding colour palette and understated 8-bit graphics, The Final Station does little to entice players into its surprisingly deep, bittersweet tale of a world ravaged by an unknown, extra terrestrial virus. It’s a short game lasting around four to five hours, and it focusses on the conductor of an experimental train that travels between the last inhabited towns and cities. As you can probably guess, things rapidly begin to unravel and our heroic conductor is forced to explore increasingly dangerous locations in order to resupply his train and locate the unlock codes for the barriers that halt his train in each location.

There are two forms of gameplay in The Final Station. The main bulk of the game has our intrepid conductor exploring the towns and cities that his train comes to rest at throughout its journey. These parts of the game involve a mixture of light puzzling and platforming with a heavy dose of combat and straightforward exploration. During these sequences, the conductor learns more about the spread of the virus and how the inhabitants of each town are coping, but the main benefit of exploration is in the discovery of critical supplies such as food, medical kits and ammo. The other mode of play in The Final Station is focussed on managing the train and its occupants between stops. The conductor must maintain the train by undertaking one (or more) simple mini-games as the train progresses, and at the same time he must also manage the food and health needs of his passengers. Keeping passengers alive until they reach their destination reaps financial benefits, as well as better rewards such as weapon upgrades for rescuing some. 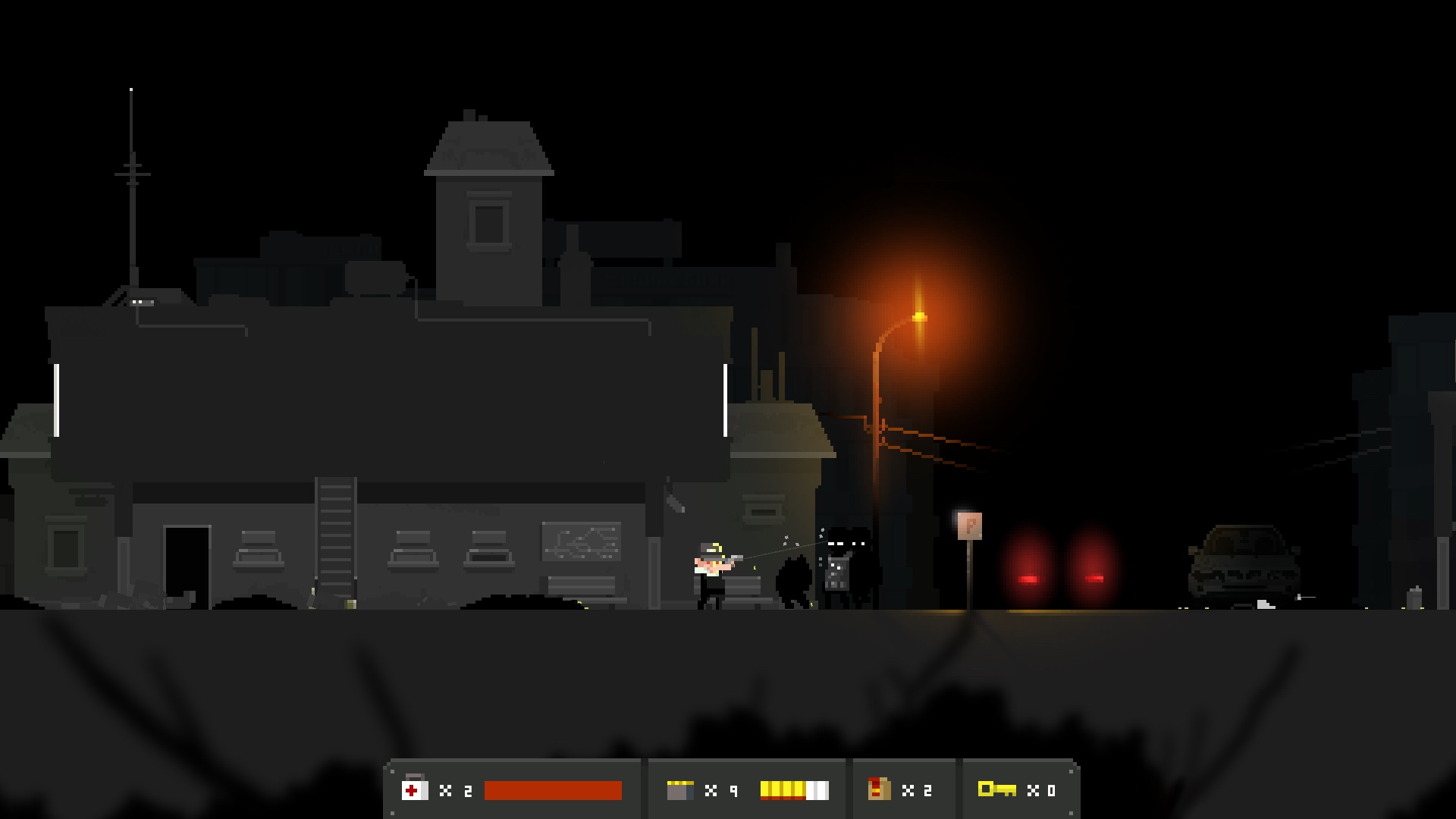 It’s a blessing that the exploration sections are considerably longer than the train sections, because there is no doubt that they are a lot more fun. There are relatively few kinds of enemies, but the game uses them in interesting ways, presenting the player with challenging spaces to fight in, as well as the occasional alternative option such as shooting explosive barrels. Exploration in itself is made interesting in The Final Station due to both the compelling fiction about what is happening in the world, and because each of the towns the train passes through seems to tell its own story. One is home to some kind of planned heist and another harbours a strange religious cult. Others tell more pedestrian tales about peeping toms who lure women to live in their apartments via cheap rent, or of people leaving their spouses due to financial failure.

All of these tales are interesting in their own way, because set against the backdrop of a world on the brink of collapse, the game explores very human situations, albeit at the extreme ends of the behavioural spectrum. Whilst the world goes to hell in a handcart, some of the inhabitants in The Final Station simply want to sit and read the paper, awaiting the inevitable, whilst others are building underground bunkers or laboratories to either prolong their lives or cure the virus entirely. The most powerful occupants of The Final Station (including those who plot the course for our train) seem hell-bent on creating The Guardian, a huge robot that they believe will fight back the infected and destroy its cause, becoming the saviour of mankind. 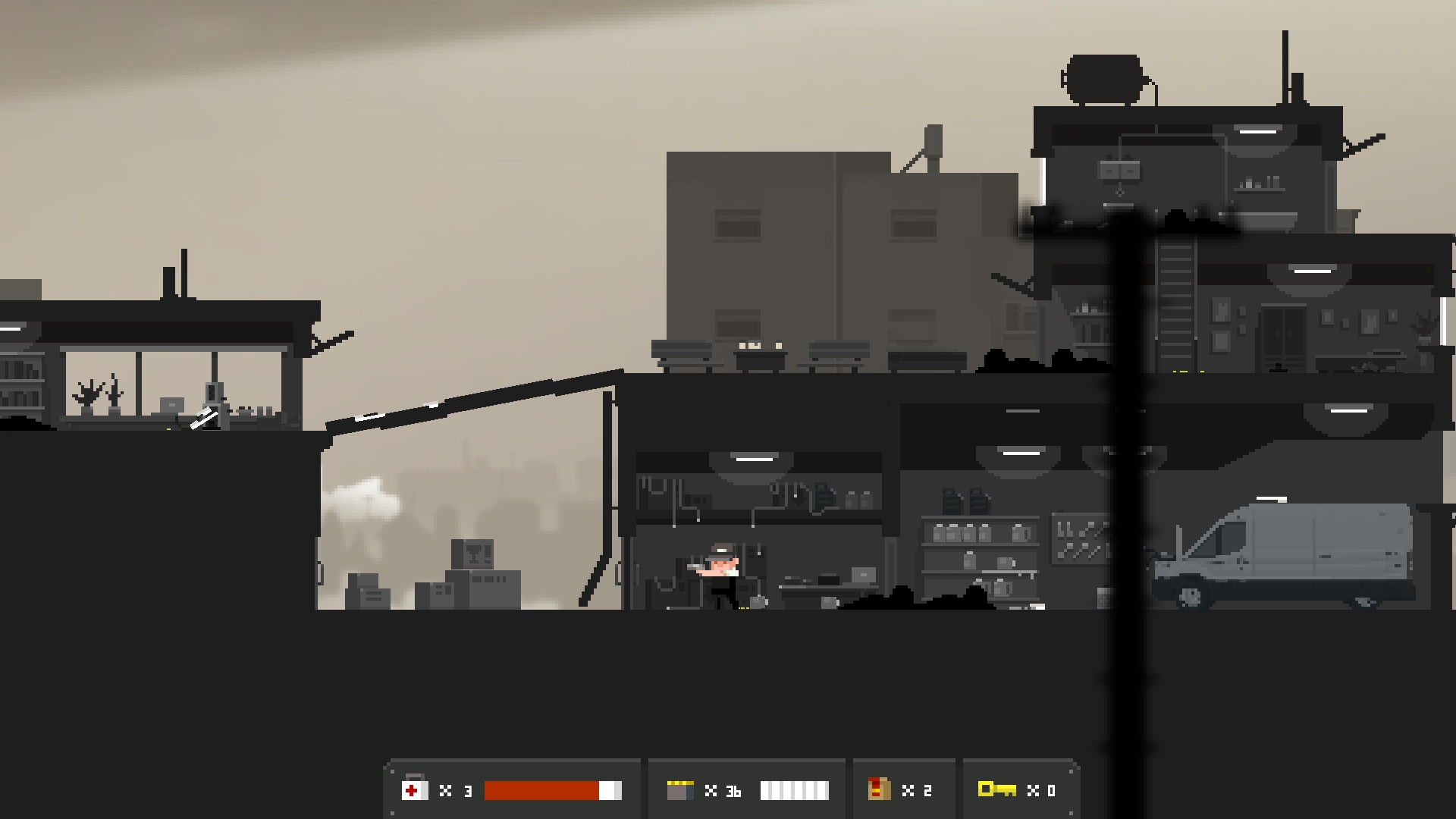 As each of the short stories in The Final Station plays out, including the overall tale of the train, The Guardian and our heroic conductor, a theme begins to emerge that fits perfectly with the dystopian visuals. That theme is one of despair and futility, and as the tale reaches its conclusion, I was pleased to find that there is at least a ray of hope, and that is perhaps exactly what the developers were aiming for. Sadly, whilst the plot remains largely on track, there are hiccoughs in the last hour or so of gameplay that suggest a rush to close the game out. A new weapon is introduced very late in the game, and the high standard of the mid-game levels begins to falter. Finally, a new and unsatisfying character who ultimately has a profound impact on the game is introduced in a haphazard way.

Aside from this late game wobble, I have little to complain about with regard to The Final Station. Although it’s short, it is a unique, interesting and enjoyable concept that had me hooked from the outset not only due to its gameplay, but also because it offers a compelling and unusual take on the standard zombie apocalypse model. There is no multiplayer mode, and there is little to return to for a second run, but it is possible that with more experience, players might be able to save more survivors or find very well hidden loot and lore that may not have presented itself the first time.